Here it is at last: the M484 Game Creation System. A freeware construction kit for classic 2D action games. Brave game makers and testers are needed. :) 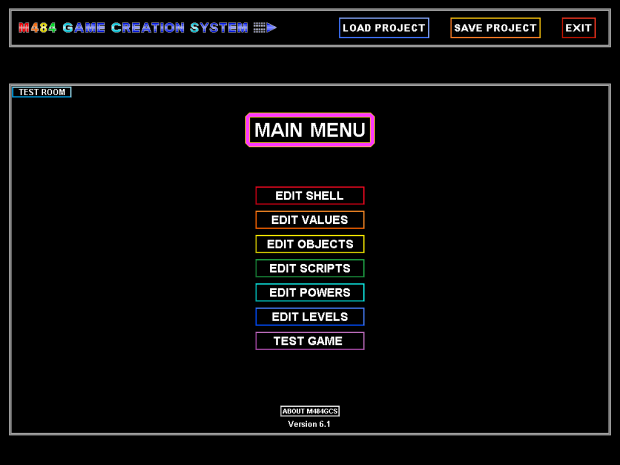 Hi everyone, in this post I'll tell a little bit about my latest program: the M484 Game Creation System.

I believe that most people here have not heard about this program before, so maybe it's good tell something about it's history first.

And indeed, it turned out that it was possible to make, although it took quite a long time. The development of this program begun around mid-2012, and the first official release was made about six months later, at the end of 2012. That was when the Version 1.0 of the M484GCS was made available in my website. But that was an early version with many issues, and I didn't think it was "good enough" for a widespread release. So, I decided to keep the whole thing in "stealth mode", and for a long time continued development "in secret".

But now, after many months of improvements and updates the program has reached Version 6.1, and I decided that this version is finally "good enough". Although the program is still in active development and many future upgrades are planned, it can already be used to make standalone games of reasonably good quality. And so I came here to IndieDB, and got my program listed here in the hopes of getting some attention. :) 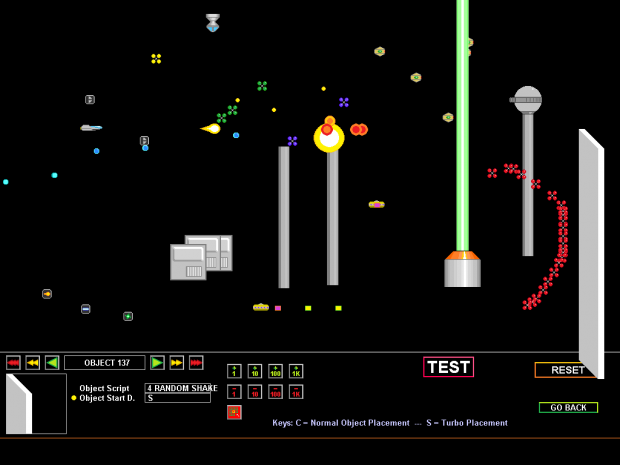 M484 Game Creation System is a "construction kit". This means that there is no programming needed at all, and in fact that is not even included as an option. Instead everything is made with colorful buttons and switches.

The only things that the user needs to do is to have some graphics and sounds ready, put them into the "gamefiles" folder, and then use the Editor to build the game. After the game is ready, the user can then make a copy of the "gamefiles" folder and a copy of the "Game Engine" executable, and put those two into a new folder, and that package will then run as a standalone game. These standalone games can then be freely distributed, or even sold.

The Editor itself is a collection of menus, info screens and value lists, and in addition to these there are "visual editors" for making the game levels and object scripts. Everything can be accomplished with mouse clicks, combined with some keyboard use (the arrow keys mostly). And the program of course comes with a manual which explains in detail how to use it. 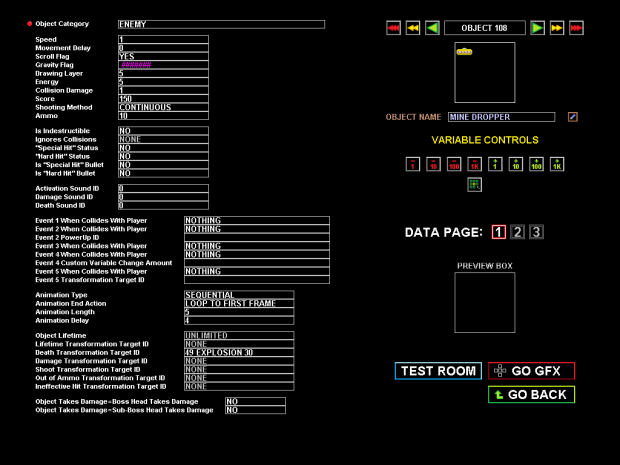 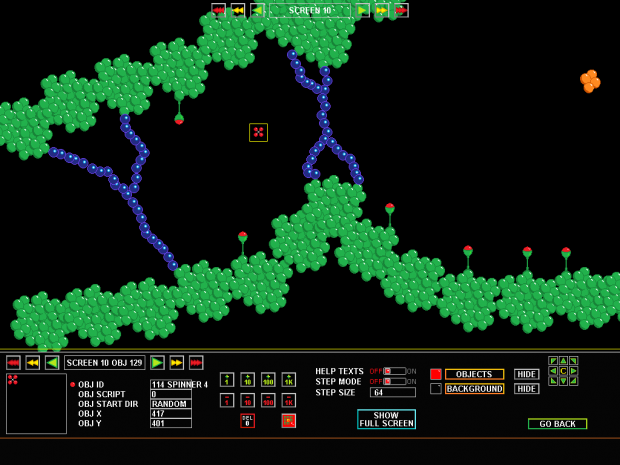 Here is a list of some main features of the program (Version 6.1)

- Pre-defined "game objects" with over 100 attributes.
- Pre-defined "object categories" like Player, Enemy, Explosion, Boss Head, Boss Part, Player Ally, so on.
- Pre-made game menu structure (which you can customize to suit your needs).
- Pre-defined script actions like "move", "shoot", "goto Player XY", "lock follow" that you can link together to create your own custom scripts.
- Unlimited transform capability for all game objects. (=allows crazy cross-category transforms and extremely complex game creatures)
- Supports Horizontal Scroll, Vertical Scroll, Margin Scroll, with Auto/Push, as well as Static non-scrolling Levels.
- Special "Cutscene Levels" that can be used to make "story screens" or "cutscenes" that appear before or after normal game levels.
- Add your own sound effects, title music, level musics and even boss musics.
- Supports both Keyboard and GamePads.
- Create standalone games that can run on their own.
- Smooth 50 Frames Per Second screen update rate.
- Programmed 100% with BlitzPlus for maximum 2D performance.
- Free 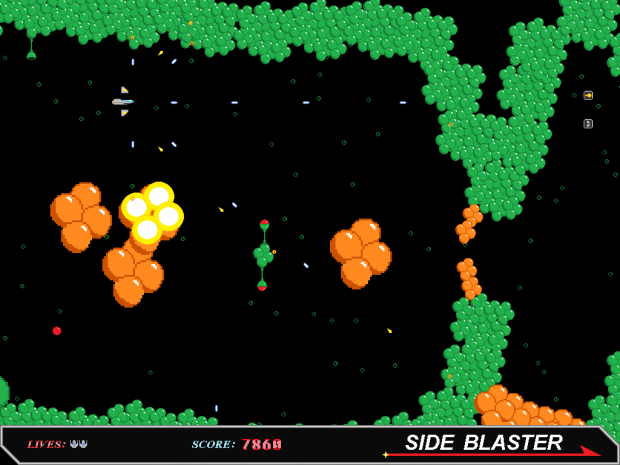