As many of you know, L.U.R.K. was released on the 20th of September 2009 in a beta fashion, however those who were there remember it was in shambles as to what it is today. However with the help of the community, and the persistence of our team, we've come a very long way in just ten days.

Posted by holdenmcclure on Oct 1st, 2009 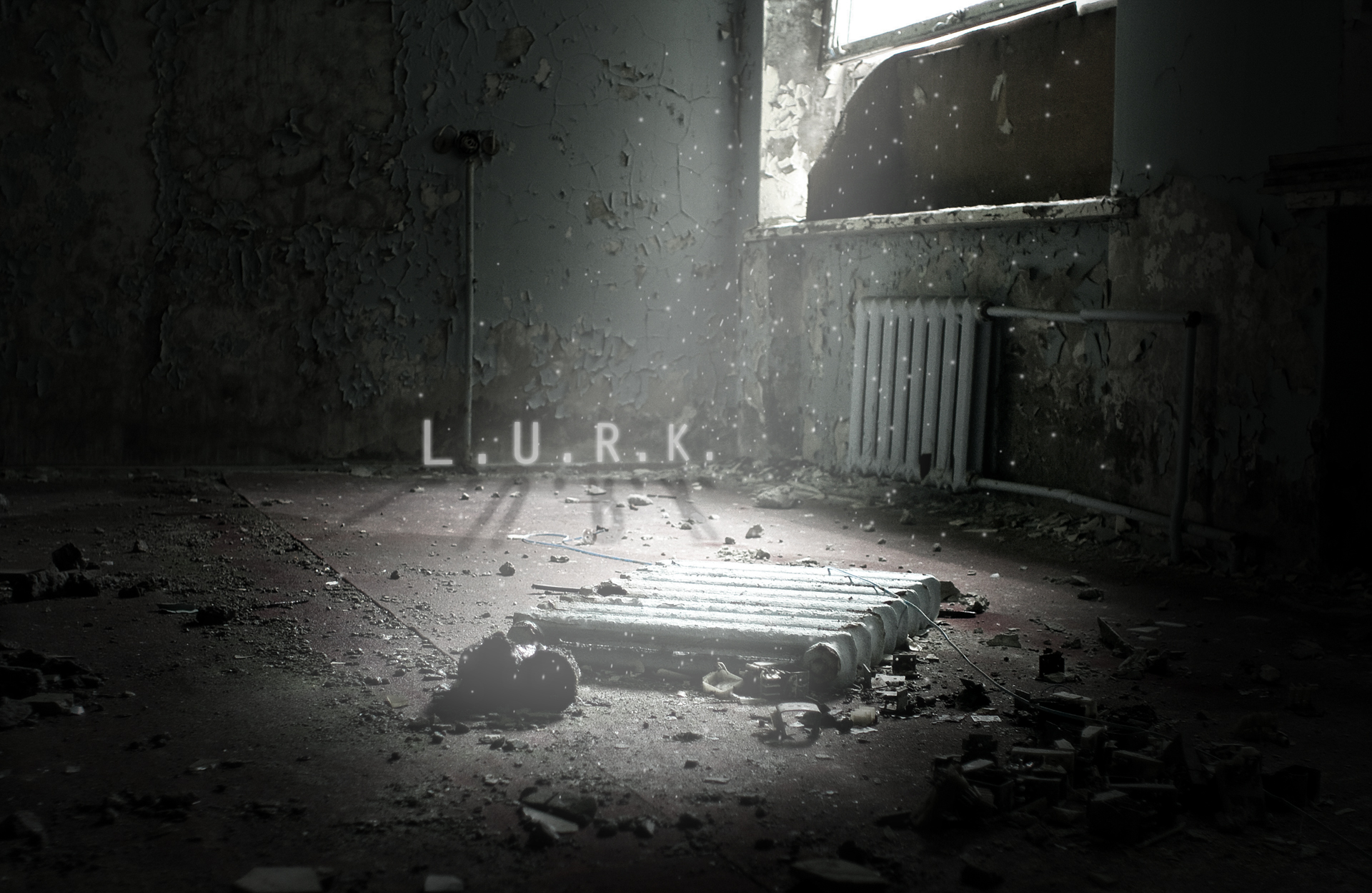 September 20th 2009
As many of you know, L.U.R.K. was released on the 20th of September 2009 in a beta fashion, however those who were there remember it was in shambles as to what it is today. However with the help of the community, and the persistence of our team, we've come a very long way in just ten days.

What Happened
You might not know this, but a modder's work is never finished. There are always things he can improve, fix, enhance, add, you name it. While some of you have been watching for the six months that this project has been in development, most of you probably don't realize that it's been a very rough journey getting to this point. Many members vanished, some came back, some left due to shifting plans, and some are still with us today. In that confusion, lot's of things were left unfinished, and it took a lot of effort to bring out combined efforts into one clean accumulation of work.

Eventually, we set a date, and the date loomed ever near with fans anticipating the outcome, and our efforts rushed to live up to our words, and the result was a release that wasn't as well planned as we had conceived.

Where we are Today
However, with the help of new recruits from launch day, the community identifying issues, and even solving them, we've come a long way, even adding new features, to the extent where we're conflict stable. However there are still minor issues dancing around that need to be attended to, all in a matter of time.

What we Delivered
There has been a lot of speculation regarding our promises during our development. Many refused to believe that a stealth system could be implemented into S.T.A.L.K.E.R., developers had made claims that it couldn't be done, however L.U.R.K. has managed to achieve this system regardless of naysayers.

Although you're quite aware at this point hopefully, that our goal was to objectively improve upon Shadow of Chernobyl to the best of our capabilities, and I believe we've traveled farther then anyone else to this date, and continue to chug along, meeting different perspectives with optional installation preferences.

What is the easiest way to improve a game objectively? In my opinion, that would be visual, aesthetic, atmosphere, all combined.

Click Here to See Our Benchmark, and How Far We've Come


The combination of balance, character building, economy, difficulty curve, realism, tensity, depth, and graphical presentation set L.U.R.K. to a higher standard of overhaul mods. However there is still much to do before we feel satisfied.

What's to Come?
The answer to that question isn't as easy as it sounds. This project has started with very humble beginnings, which have expanded tremendously since the project was first conceived. Every day we play L.U.R.K., we find something else that we want to add, change, or fix about the experience, and we find ourselves slaving away while setting the benchmark farther in front of us.

So what is to come really? That's a questions I can't answer, there's still far more we've already put on our plates, and we're still set to deliver as best as we can on the standards we've set for ourselves.

Good job team!
I don't like to admit this but I still have to get Stalker but this sounds like a great mod for my first play through ;)

looks great, now only if people did this same concept for more games...

after i let grass be I tried to launch game on every possible oprional combination u provided and I always get crash so ...

yea and could explain me please why I find FEAR and HL2 soundtracks music in gamedata? is that mean that it is using those soundtrack? common it dont fit there FFS ... whos Idea was that?

Wrong patch, buddy. You need to have 1.005. I think 1.006 is a primarily multiplayer patch, but it's best to not take any chances with a game like STALKER.

And don't assume that anything you find lying around in there is in use, a lot of it isn't.

You guys have done, a brilliant, unbelievable job, and made an already great game (even if back when I bought it, it ran like crap lol), into something truly spectacular.

I know this mod contains a compilation of a lot of work; hope everyone who's put this time and effort into doing this, gets all of our gratitude!

Hi LURK crew. I have just got hold of the LURK mod installed as all the others I have used, got the load screen and all the items were greyed out, but readable clicked on stalker as a starting actor and 10 seconds later ctd with the error reading ( ARSENAL_mod\sg552_sk1_d1...missing) I have a copy of the arsenal mod and there is one in there should I copy/paste that file or is that a no no, seeing as this is sumwhat large d/load there might have been a glitch in the d/load stream. any ideas.....nemisis

I would have preferred if there were more region accurate weapons. I don't feel like I'm in the zone with an American Vietnam War Era shotgun like the Winchester 1300. I should have a Fort-500 or something from those bandits in the first camp. How did they get frigging American antiques?

Sorry the ignorance, just that I'm kind in a rush for now, but what's the difference between this and the STALKER Complete, primarily? Of course that are two different updates but is there a chance for both mods to work together? Does L.U.R.K. implements a HUD system and new graphics? What are some of the new features, I'm kind outta of it and just saw the announce on Moddb today so... yeah.

Wow, gonna tell all my friends !

Hey it says in game that the Mosin Nagant can support a PSO 1 scope or something like that but it wont actually give me the option to attatch a scope to it. Is this some sort of bug?