And the past, they say, haunts the future with the savage persistence of a lover scorned.

It is a little inaccurate, now, to call these updates weekly, but work is being done and hopefully in the future the updates will come with a greater degree of regularity. Today, I would like to share a book featured in-game that explores the founding of the city of Luftahraan, nearly 2500 years before the events of Skyrim, and in the third millennium of the First Era.

A Tale of Two Brothers

Luharaan and Varrok were two brothers; the sons of the Jarl of Whiterun in the late First Era. Jaded with the staid politics of Skyrim, they decided to abandon their birth right and venture forth into the world, questing for lands to call their own, adventure and, ultimately, immortality. Growing up during a particularly turbulent period in Skyrim’s history, the two boys witnessed the death of a great many relatives and friends, and sought after a method to cheat their own mortality. After several years of unguided, but not unsuccessful, wandering, they stumbled by chance on the location of present day Luftahraan. 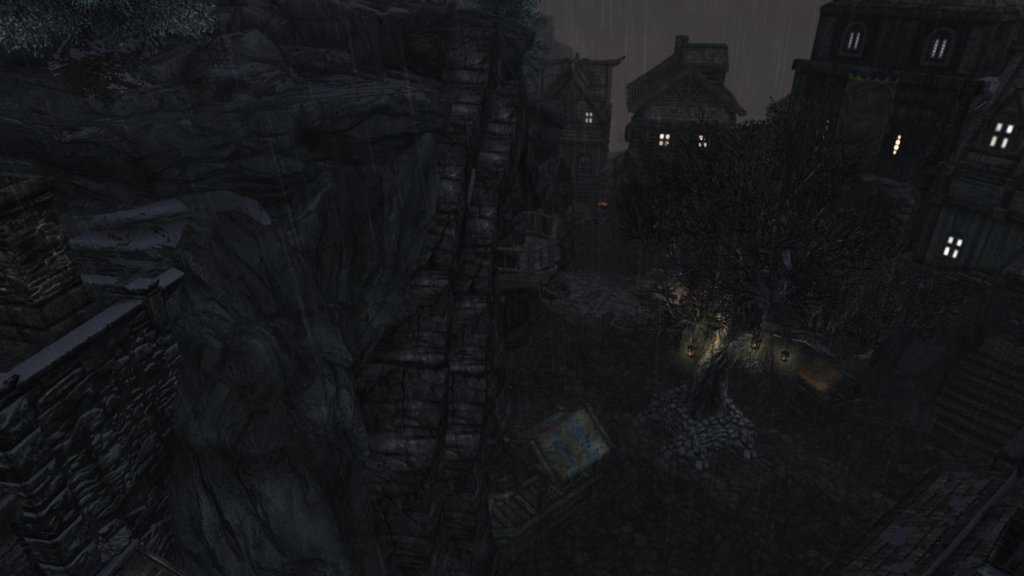 In later years, it was said that Luharaan denied any foreknowledge of the Dwemer Tower that they found crowning a rocky outcrop on the coast – he maintained that it was discovered purely by chance. The spire of the tower protruded far above the trees nestled on the island, and Luharaan felt compelled to investigate this unexpected anomaly. The tower was locked, yet seemingly active. Sounds both mechanical and magical could be heard emanating from within, yet despite their best efforts they could not find a way inside the main underground complex - they were stymied by a magical seal a few hundred feet into the substructure of the tower. 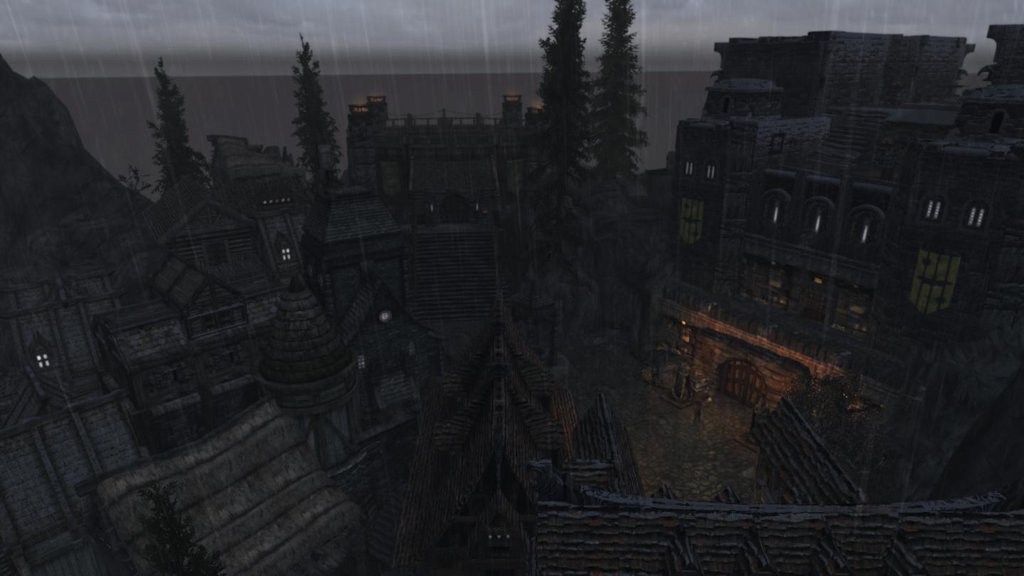 Slowly, a town began to grow atop the island, populated initially by men Luharaan had paid to assist in their research of the tower. As time passed, Luharaan crowned himself Sovereign – claiming a title, and power, distinct from Skyrim’s High King and Jarls. Varrok was his right hand, and the captain of the city guards.

Luharaan delved deeply into the arts of magic, managing to enlist help from the Psijic Order of Artaeum. A single Altmer spent several years cloistered in Sovereign Hall with Luharaan, occupying most of the Sovereign’s time. In this period, much of the management of the city fell to Varrok. Despite the distractions, however, Luftahraan continued to flourish, taking in refugees from both Skyrim and High Rock. 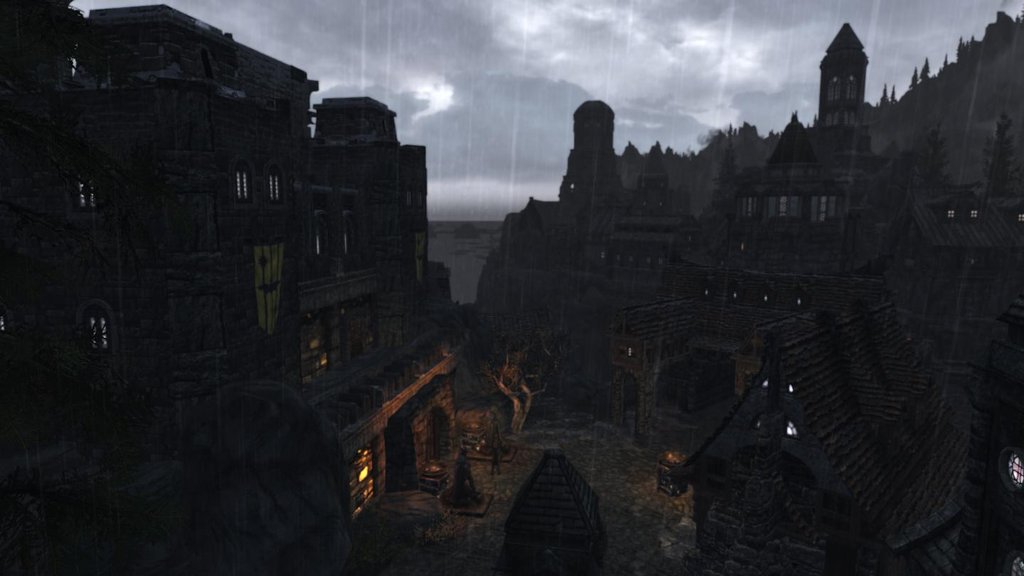 Amongst these refugees were four noble families from across Tamriel – House Urfaang, Hardor, Baronen and Ahraan. Sweeping into the fledgling city with large entourages and heavy financial clout, these families gained high standing within the court of Luftahraan, and became some of its most prominent, and most powerful, citizens.

Eventually the Psijic emissary emerged from within Sovereign Hall, leaving the city in the night. The evening after, Luharaan and Varrok left Sovereign Hall to once again visit the tower. The power lent Luharaan by the Psijics enabled him to finally open the tower after more than 10 years. As they stepped through the seal, Luharaan stopped his brother, telling him that he didn’t want to see him harmed on some foolish and reckless chance. He bade Varrok return to the Hall and rule over the city in his stead. Varrok acquiesced, and turned to leave as his brother stepped into the eagerly awaiting darkness. 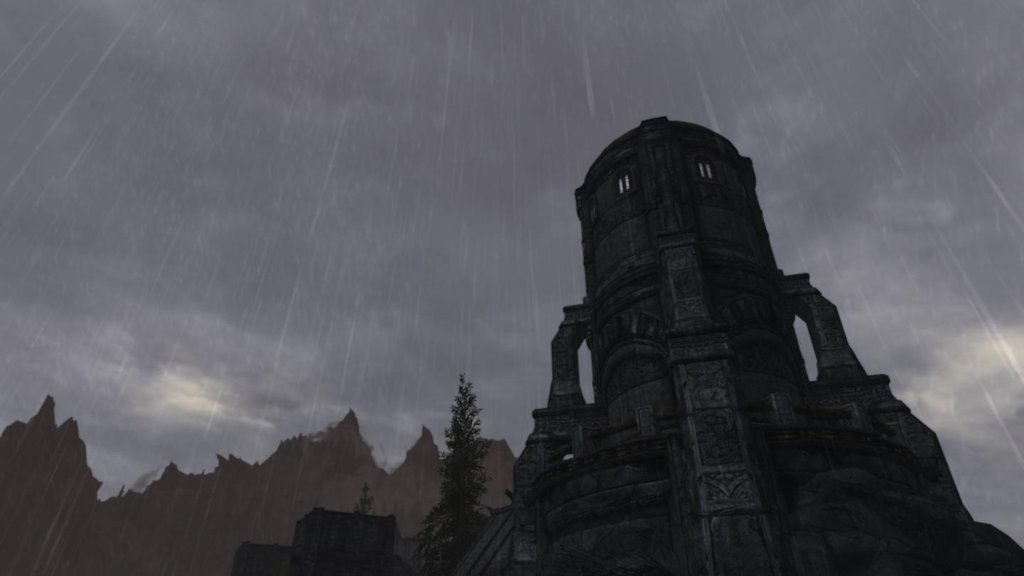 Tendrils of light flickering around Sovereign Hall awoke Varrok from his lonely reverie – his home was aflame. The noble families, long biding their time, had taken advantage of the two brother’s disappearance to stage a coup d'état, overwhelming the guards and taking Sovereign Hall for themselves. Distraught, Varrok fled, but could not even make it out of the city before he was found. He was taken prisoner and thrown in his own dungeon, to be executed publicly as an example to the population. The following morning, Varrok met his fate at the noose, his lifeless body left hanging off the city walls, a stark foreshadowing of the eras to follow.