Posted by MattTheLegoman on Sep 4th, 2020

G’day and welcome to the Realms mod for Crusader Kings III, Paradox’s great grand strategy game. I am part of an incredible team that includes modders from previous Paradox titles in Imperator: Rome, Europa Universalis IV and CK2. Together we are building a map of Middle-earth, full of the diverse characters and cultures seen in J.R.R. Tolkien’s The Lord of the Rings.

The map of Middle-earth that we have created is one of the most detailed of a LotR video game, there are thousands of provinces thanks the lead cartographer BoneLorde. Rewinged [Owlcoholic] is working on Rohirrim portraits and units. Arsonium is making magic happen through scripts and events. Tsf4 is working on the rich tapestry of Tolkien’s legendarium.

Realms in Exile refers to the three kingdoms that formed after the destruction of Númenor. These are Gondor, Arnor and Umbar. Gondor is well known and features in the third movie of the LotR trilogy. Arnor is a lost realm of the north, Aragorn is a chieftain there. Umbar was once a city of the Númenóreans at the height of their power in Middle-earth, now it is a haven for corsairs. 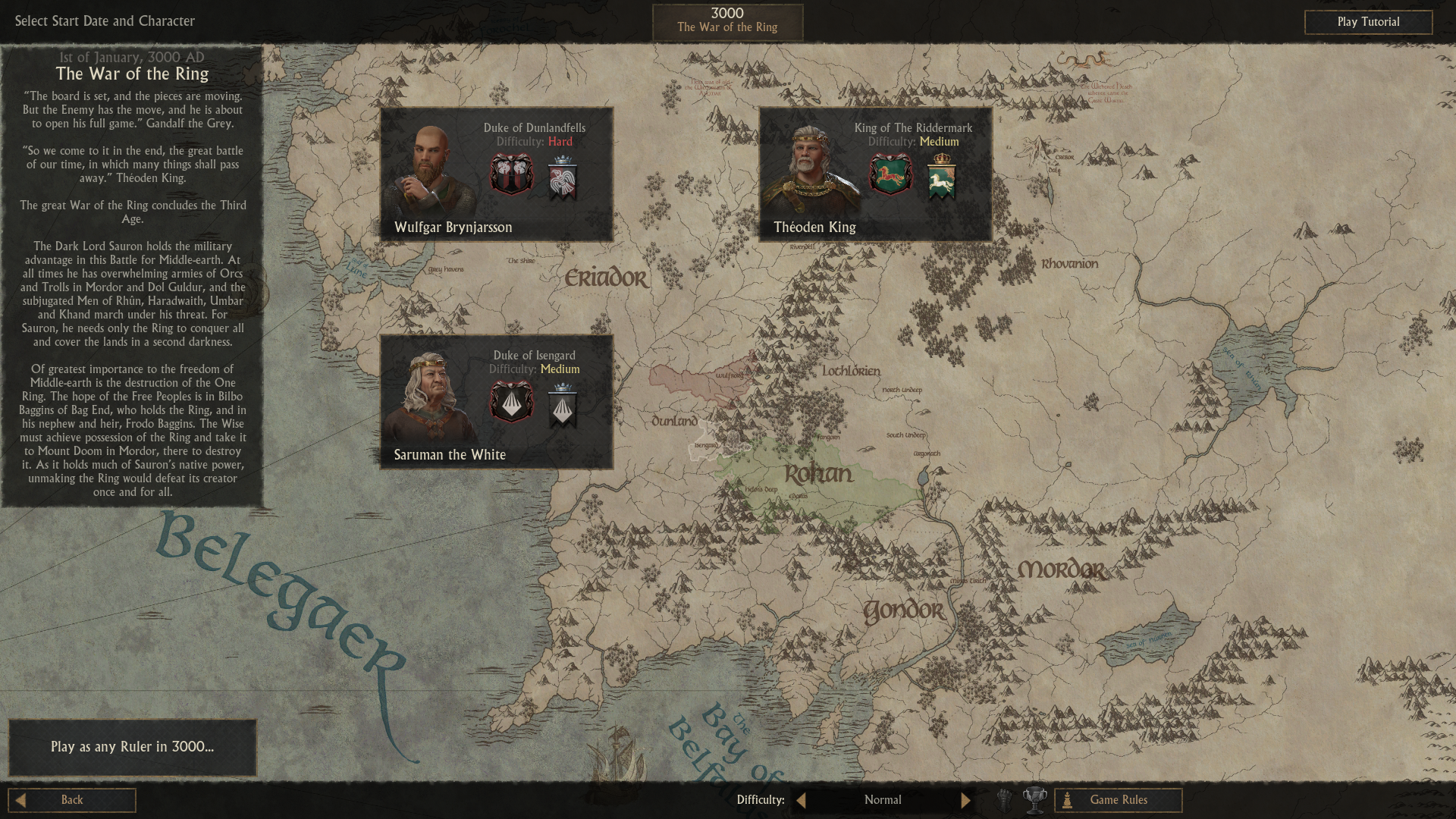 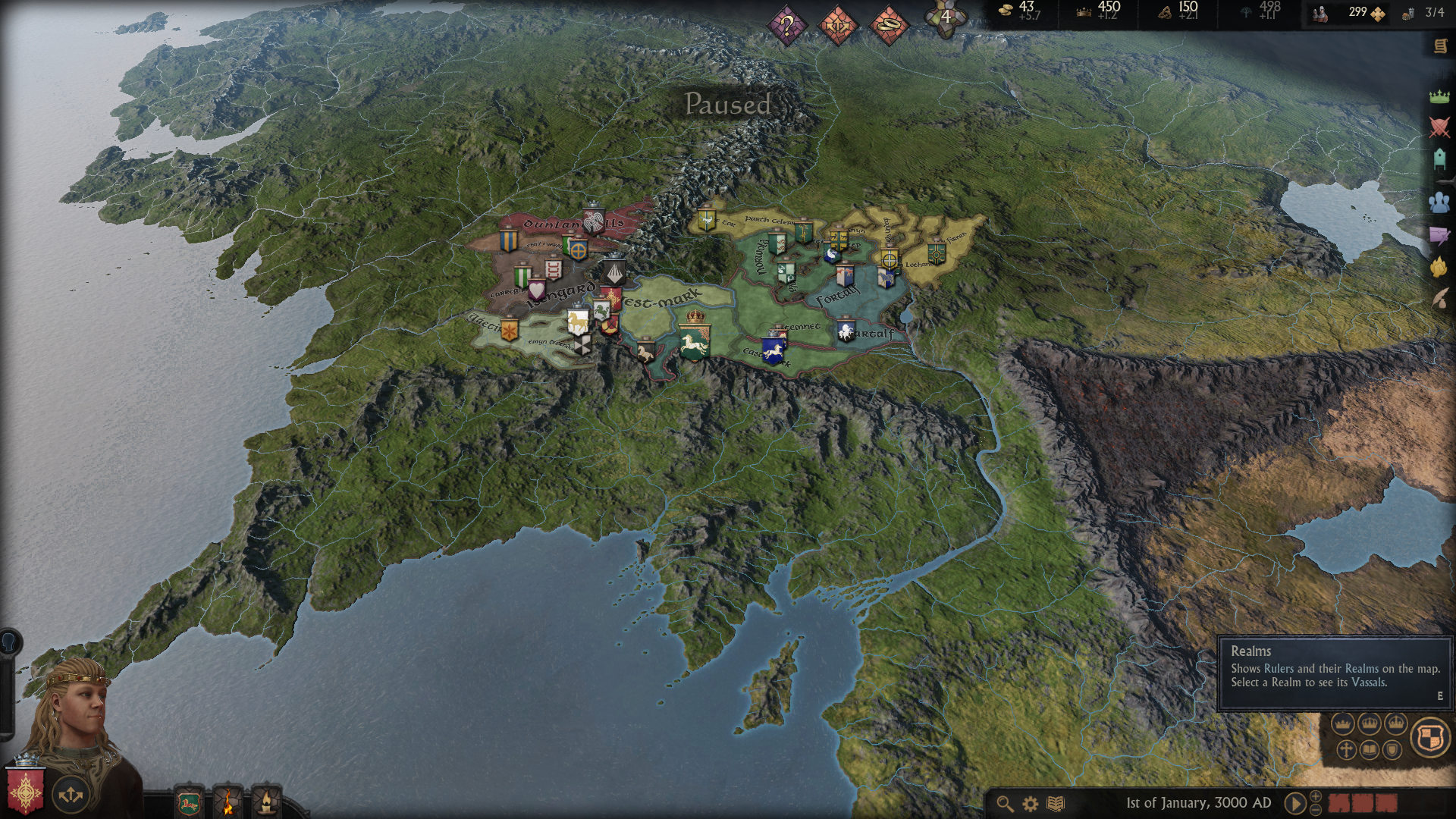 The realms of Middle-earth. This is for the first release, future releases will include Gondor, Mordor, Erebor, Rhovanion, Mirkwood and more. 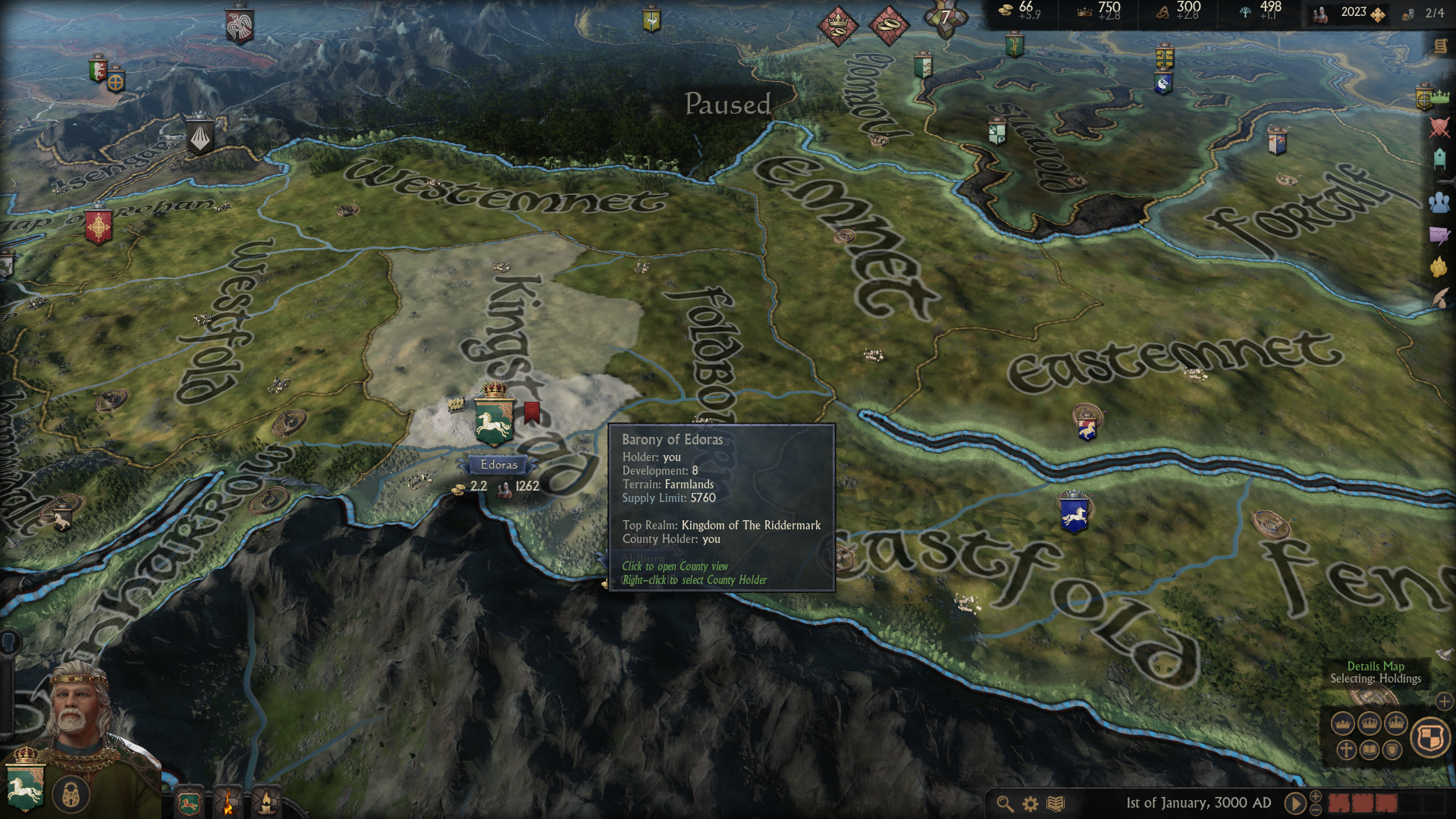 Edoras in Kingstead, part of Rohan. Can you spot Meduseld (the golden roof great hall of Edoras), the Tower of Orthanc (the obsidian-black tower next to the white hand) and Fangorn Forest? 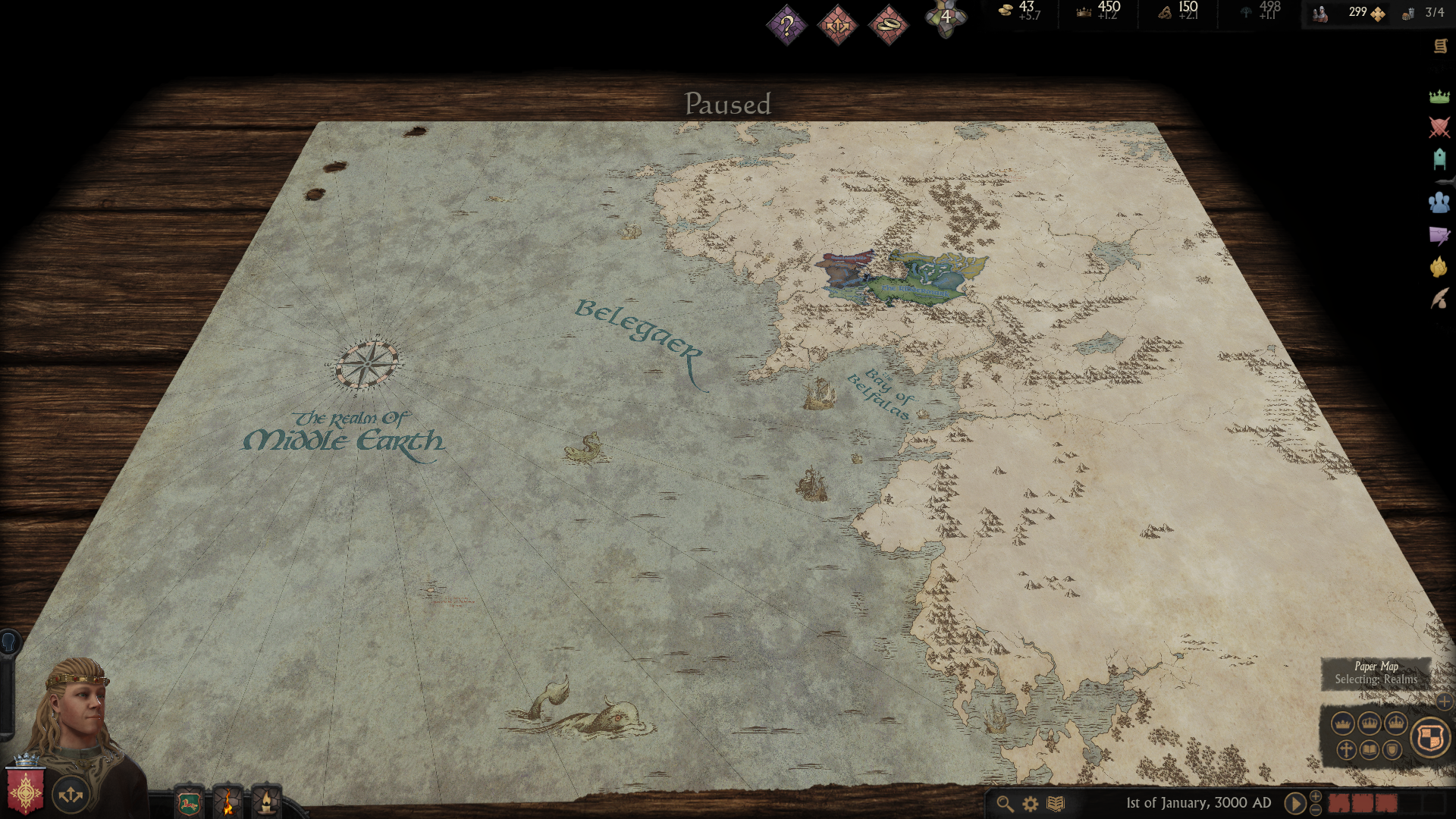 The hand-drawn flatmap. It's much bigger than this...

The Realms in Exile team is scouting for modders, artists and writers. If you are enthusiastic about LotR and Paradox Interactive's Crusader Kings III, then we would love for you to join our team. Your contribution may be large or small, every single character decision or sprawling event tree will help to fill in the spaces between the words. Your passion might be in the Realms in Exile (who are Gondor, Arnor and Umbar), the Horse Lords of Rohan, the retaking of Moria by Balin, or perhaps further afield in distant Khand or frozen Forodwaith.

If you are interested then we have a role for you. You can contribute by showcasing your works on our Realms in Exile Discord community.

Check out The Age of the Ring, a mod for BfME: The Rise of the Witch King.

Thanks for reading! We're gearing up for the first release and have plenty more to showcase.

I'll be tracking it right now!

I am sooooo looking forward to this!