This time I have really a lot of news to share as settings on the mechanics of the heads, improvements in towers and their upgrades among others ...

The focus of this week was to adjust various parts, some small and others very representative on the game mechanics. The adjustments already demonstrate a more robust and challenging gameplay, but of course there is still a long way for tweaking in general.

To begin I will talk about a new notification procedure for the player. I developed a popup window system which can be activated by two types of trigger: event or time. The first version of the tutorial scenario had only triggers for long, now I improved so that notifications occur from events (such as for example from the event have created the first tower or from having sold the first tower). 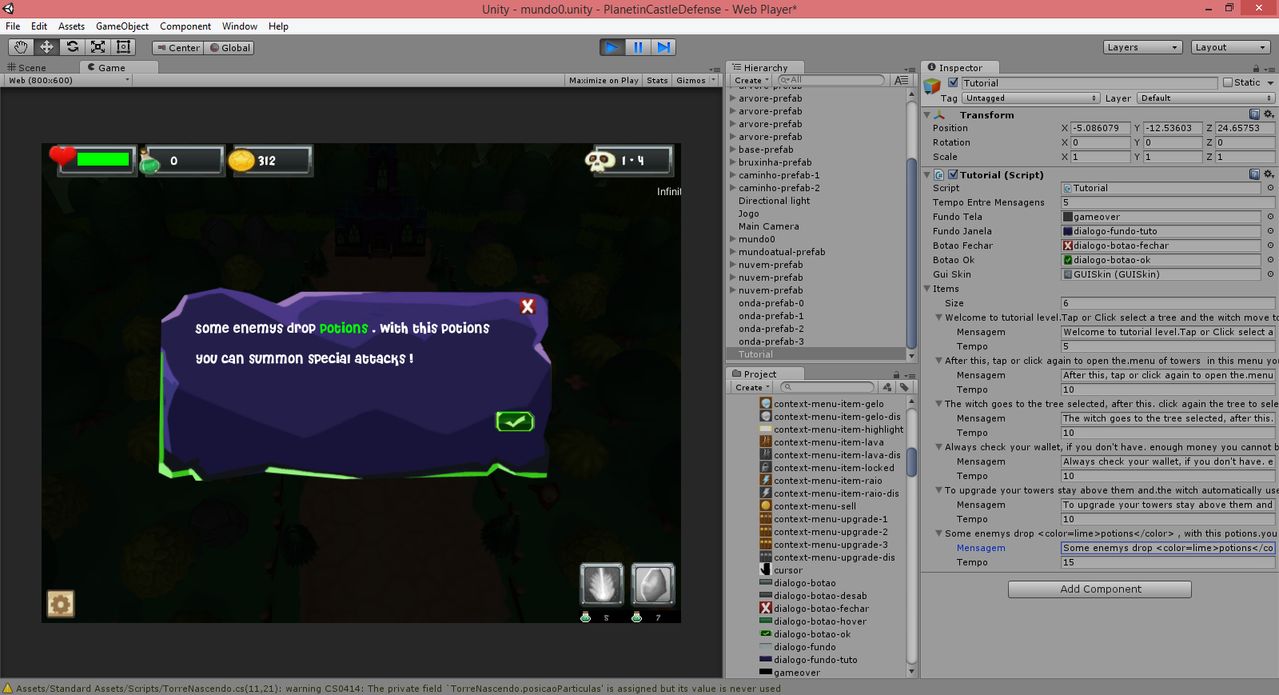 This mechanism is also used in each phase that is loaded and has a new type of Tower released or some kind of specific notification to the player.

During my tests it was common for the boss of level appear when the waves were not yet closed. Adjusted the process for his behavior to respect a parameter of wait time to be born and then wait for all the enemies die for so he was born. 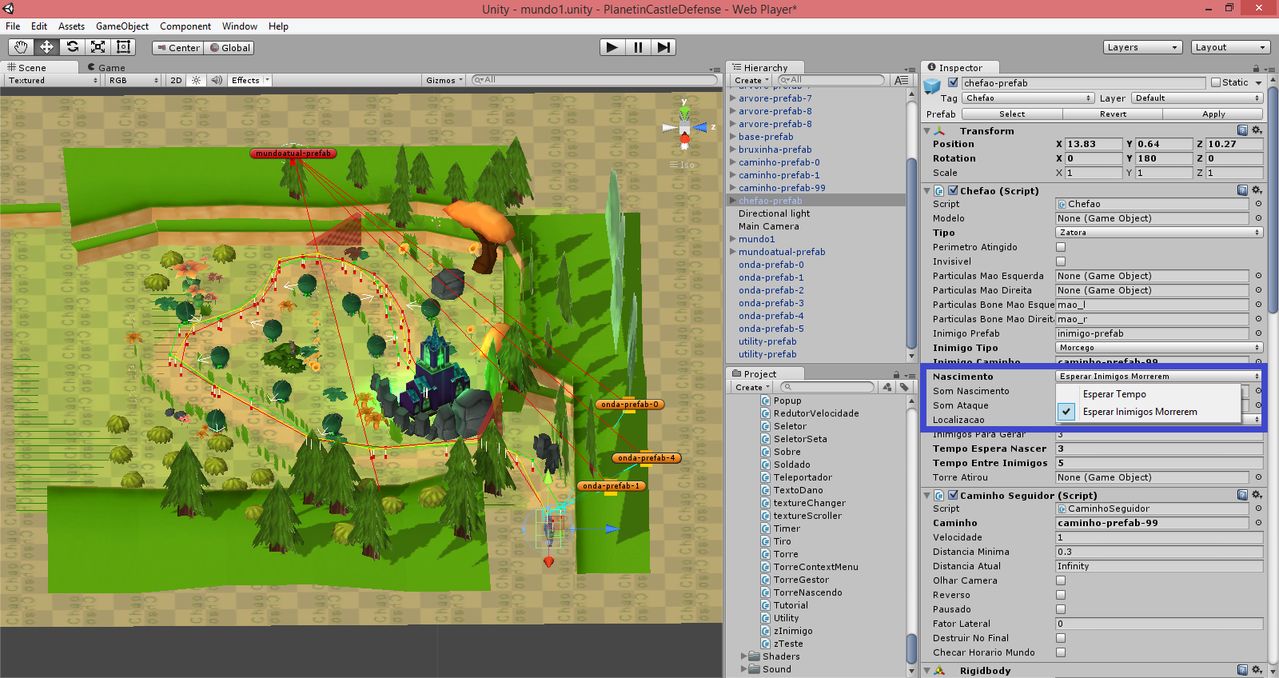 One of the major goals of the Tesla Tower has always been hit multiple targets, the process of creating the script and hence the Tower of shots did not take this process into account. After a few days working on it, finally the enemy detection process (which I considered multiple enemies) passes to the Tower two more targets in addition to the main and so many shots are made by Tower. 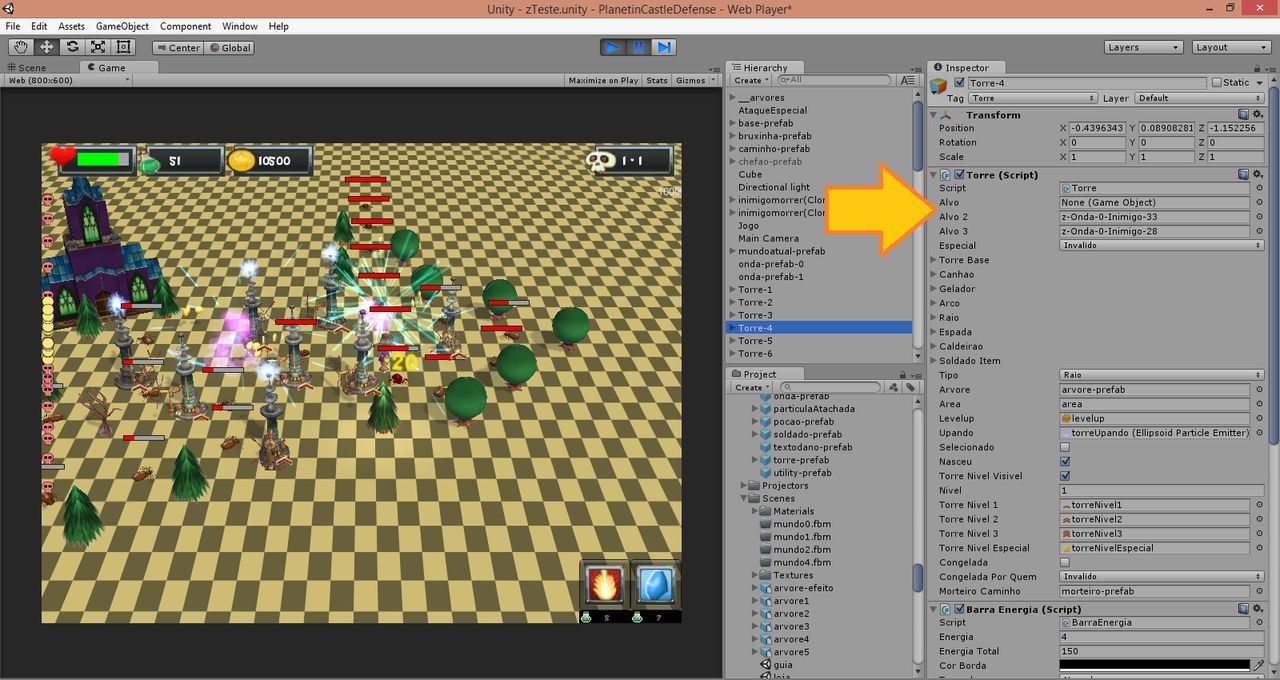 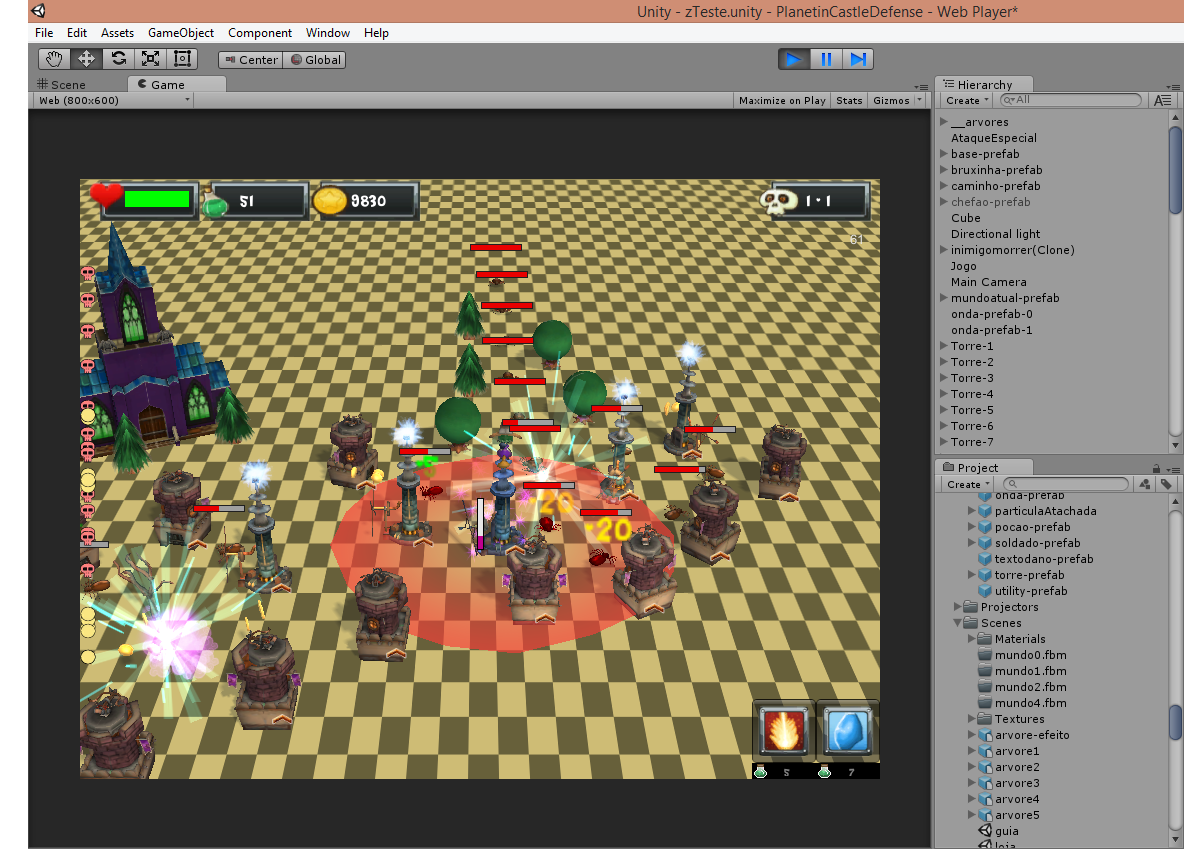 Without a doubt, what is giving me more work this week! Adjusted the process of generation of special shots taking into account a prefab for special type (remembering are two special types), thus I had to change a lot to manage particles, textures, sounds, lights, and many other properties that were not managed since prefab was practically the same shot (shot special actions were applied to the target but visually it was all the same).