Also the update brings new system of characters and animation
• Armors of the same type that has different levels have different visual details now.
• All armor has a dull luster now
• Tints of all colors and tints of unique armor have changed

The long-awaited opportunity to change the position! For 15 AP character crouches down, reducing the damaging area for 30%, crouching behind an obstacle will give you much more benefit in defense. At the same time crouching results two-time penalty to movement speed.


The new buff system in combat

If the unequal battle is outlined, the younger soldiers get health bonus (+10% per level below the average soldier in battle). Now it will be easier to defeat strong opponents and harder to overcome the weak ones. Penalties and bonuses to reward for winning the unequal battle were minimized. System works only in the arena. System is introduced as an experiment.

The game introduces a new item - avatars. This helmet is worn like armor, but offers no protection or other bonuses. It does not wear out and is intended only to highlight your personality on par with the paints.
• In this version you can buy four helmets at Slam John Smith store. Hereinafter the range of avatars will expand. (Tell us your suggestions and we will consider them)

Special holiday avatar Santa Hat! It sold during the Christmas holidays only! Limited edition!
• In the next version avatar`s functionality will be enhanced and the also will change the picture in your profile, inventory, and other places.
• New trial premium paint Marpat Camo (in John Smith store) is introduced. It paints not with color but with protective texture.

• Auto aiming into the visible part of the character was improved. If the target is behind an obstacle, the shot will focus on the visible part of the enemy. Mobs also use this technique.
• The distance at which the character moves from step to running was reduced (4m-> 2m)
• Weapons do not wear when shooting in training and dash now.
• Combat modes 2vs2vs2//2vs2vs2vs2//3vs3vs3 get extra BP now (x1.25).
• Reward and the amount of accumulated stars for some modes in PvP were changed.
• Activity of 13th and 15th level gangs was increased
• Shrubs are not a barrier for bullets and shells now.
• Frag-grenade, double grenade, stun-grenade deal less damage.
• M2 Seal Gel interrupts the corrosion effect.
• When blindness the visibility zone is displayed now.
• On the start of the battle you can vote for change of the set of maps 2 times only. 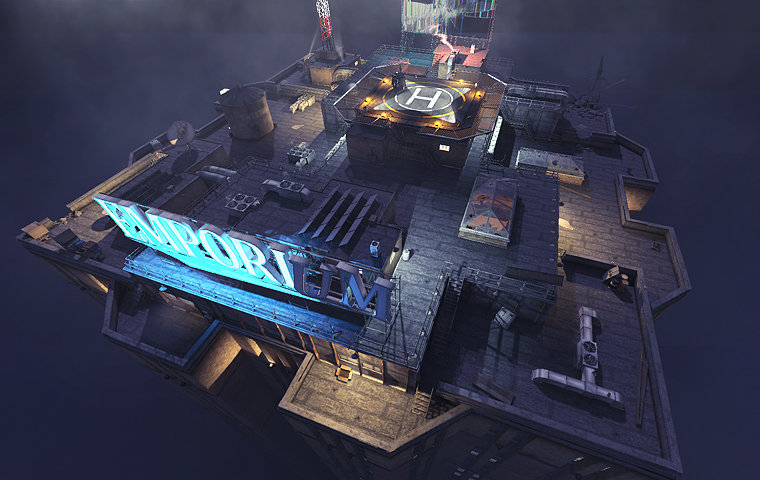 Nice looking maps, they have a good feel to them. Is this going to be free-to-play?