In this article we would like to bring some interesting information about our 'Sextant, World Map and SunDial' system.

Although the correct and accurate usage of a sextant needs a good knowledge of its mechanical functioning and of the needed mathematical procedures, we tried to implement a simple but hard enough usage we hope will be entertaining for all of the players.

Our game system generates the island clusters far away from each other, so the player can spend a day or two navigating between the clusters when no island will be on the horizon. It is truly an astonishing and calming feeling to spot the first island after a two day fighting with the elements on a stormy ocean!

In that case the compass is useless for position measurement (player has no reference points for triangulation) and the weather system (wind, waves, underwater streams) can drift the raft anywhere without being noticed by the player. For example, the player is sailing directly to the East, but the wind and the waves are drifting him slowly also to the South. 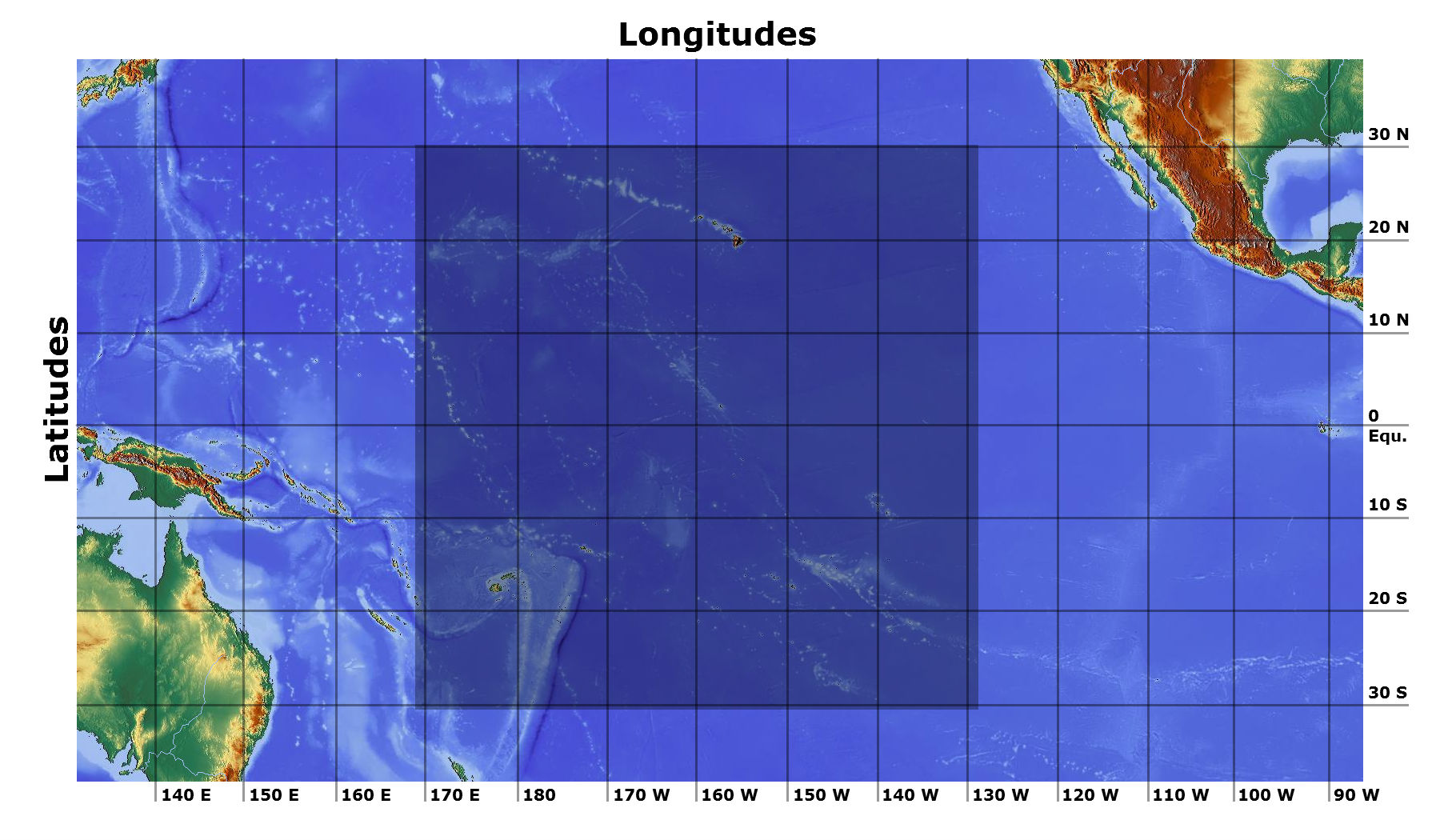 A sextant is a navigation instrument that is used for acquisition of the Latitude. It measures the angle between two visible objects: in our case between the Sun and the visible ocean horizon level. For correct measurement it is needed to have clear visibility of the observed objects. In addition to the measured angle the player needs to know the actual time when the measurement was made. In our case we have only one exact time information: the moment of the noon. The map system will use the local noon time in the calculations, so it is critical to do the measurement in that time. The player can decide when it is a noon time by observing the position of the Sun (it is on its highest point of his trajectory on the sky) or by using a Sundial. From the characteristic of the used calculations it is clear, that the result will be the more accurate, the nearer to the noon time the measurement was made.

The principal description of the usage is as simple as it can be: the player needs to rotate the index bar with the upper (index) mirror to the point, when he sees the Sun and the horizon on the same level in the telescope. In the game, the player will need to continuously correct the sextants tilting due to the ocean waves/players breathing (when on raft/land) and simultaneously set the index mirror to correct position. The game allows also automatic sextant operation when the system acquires the players latitude automatically based on players experience points when using a sextant. In any time the player will be able to measure the latitude manually more precisely than in automatic mode.

Because of the inaccuracy the player measures his position, our map system indicates the possible position edges by dashed ellipse. The accuracy of the sextant affects the latitude, so it is the height of the ellipse. The longitude is influenced by the accuracy of the noon moment (when the measurement was made), so it is the width of the ellipse. The ellipse will fade away by time in normal/hard game settings but will stay in easy game settings. Subsequent measures of the same spot overrides the accuracy information and the size and shape of the ellipse. Please note: the exact position is never in the geometric center of the ellipse, it can be anywhere in the area! When the player measures his position with higher accuracy than a given value (affected by players experience stat with the Sextant usage) the measured spot will be displayed on the exact coordinates on which the system generated it and no ellipse will be displayed. 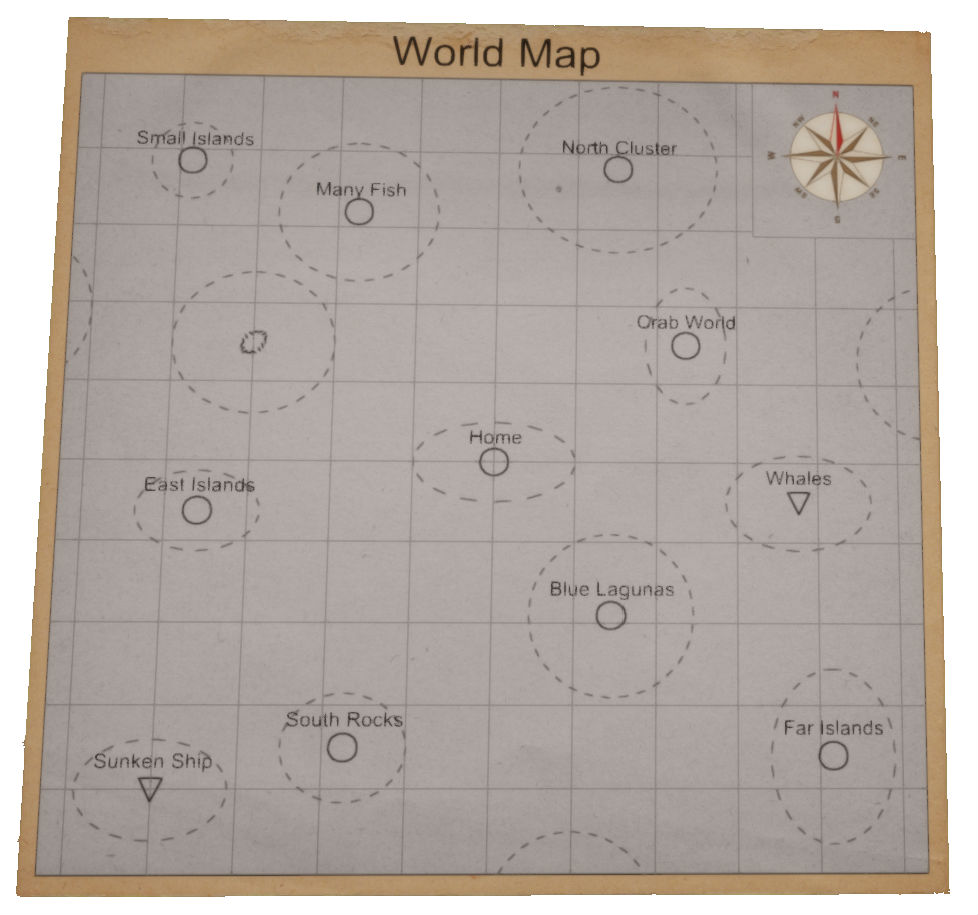 In our World mapping system, there are 3 spot types: Cluster, Tag and Position. Each has different meaning and handling, so we describe them one by one.

The island Cluster type spot is the main navigational element of our world map system. It can be named.

Player can use the Tag type spot to mark some important position on the ocean, where he wants to return later, for example: fishes or some interesting object under the ocean level etc . This type of spot also can be named by the player.

This type of spot indicates the actual position of the player on the ocean. When the player travels away a given distance, the Position spot is removed from the map because it is not valid anymore. The main advantage of this type of spot is the visual displaying the players relative position from other clusters and is further helping the navigation. 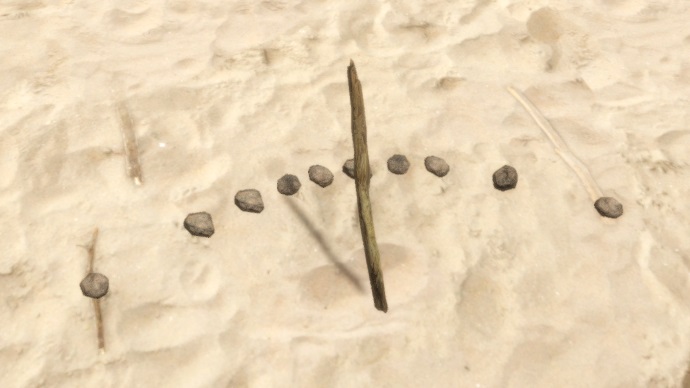 For the acquisition of the Longitude the game uses a simple mathematical system. The actual longitude can be calculated based on the time shift between the players actual local day time and a known time at a known place on the Earth. The Longitude is calculated automatically when the player uses the Sextant. The result will be the more accurate, the nearer to the noon time the calculation was made. As we stated above, the player doesn't know his actual day time. The only accurate time is the moment of the noon. To catch that moment precisely, the player can craft and use a Sundial. He can do so, but may not. It is not needed to use the sundial: when the player is feeling so professional that he is able to catch the noon only by observing the Sun on the sky, so be it. :-)

A simple Sundial consists of a branch shoved into the sand and from a couple of a small rocks that are marking the endpoints of the branches shadow. The procedure is simple: the player sticks a branch into the sand and as the time passes he places small rocks to mark the branch shadow endpoints. When he notices that the shadow is no shortening anymore but slowly begins to grow, that is the correct moment of the noon. In case the player passes the right moment, he can reuse his sundial anytime in the next days.

The form of the Sundial varies based on the actual season and the latitude it is created on. Despite the different forms, the fact is always valid: the shortest shadow is on the noon time.

Sundial on latitude 30N in jun and december at 11am

Sundial on the equator in jun and december at 11am