Check out some new information about our main game engine feature, the Seasons and GeoLocation system!

Posted by gamers4gamersteam on Jun 5th, 2017 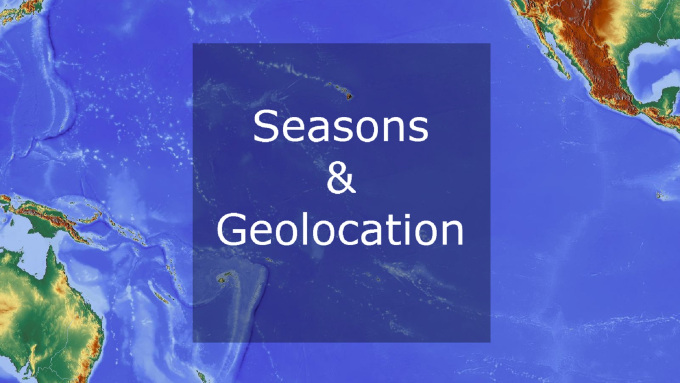 Probably the most interesting aspect of our game is the realistic Season and GeoLocation system. The entire environment and weather system is based on latitude and the day_of_the_year values.

The counting of the day_of_the_year is done by multiplying the days survived with some day_forward_constant, which is set at the starting of the game. Base values of the day_forward_constant are: 1, 2, 3. For example, when the user chooses the value of 3, it means, that every day the player survives, the season engine will be forwarded by 3 days. In this case the result will be that the player will get all the seasonal effects of one whole year by surviving 121 in game days.

Tip: When the player is actually on the northern latitudes and is afraid of the upcoming winter (shorter days/longer nights/somewhat colder temperatures) he can set sail and travel to the southern latitudes where the upcoming season will be the summer.

At each tenth latitude we have chosen a couple of real islands from the Pacific and used the data in our weather engine. For the other latitudes in between the weather engine utilizes interpolation to get weather data that can be used.

Below are some example graphs (not all) for the 20N latitude. 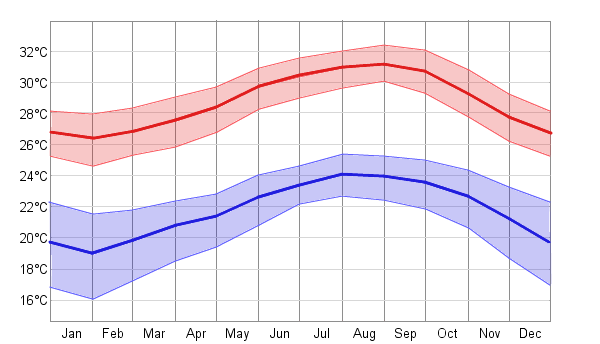 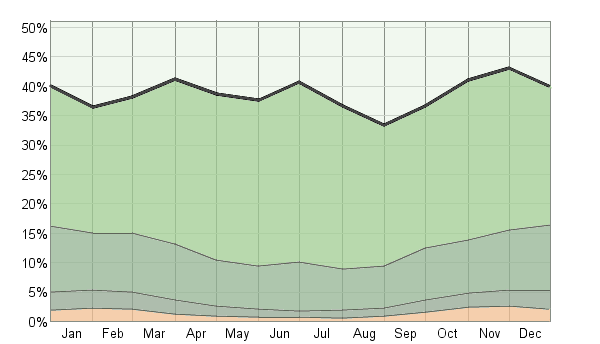 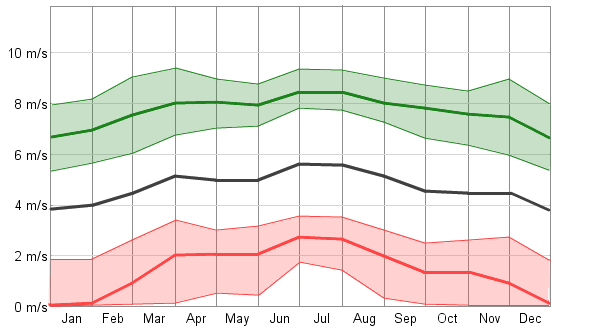 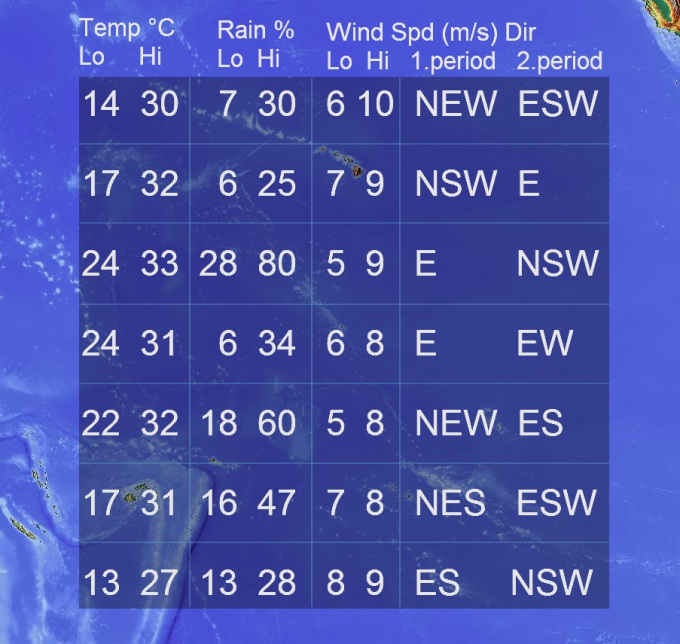 The above table shows some sample average values taken from the weather data from the latitudes they are displayed on. There are of course some variations but the overall situation is clear:

The above table can be modified in very different ways to increase/decrease the game difficulty with the modifiers described below.

To allow more wide play through styles, the game has some weather modifiers at the start: Wet/Dry, Hot/Cold, Windy/Calm. So there are 26 different weather behaviors not counting the default normal settings. All the weather graphs are given in probability percentages, so there will be not the same weather ever.

Besides the weather customization, the modifiers brings to the game real challenges to overcome. Some example situations follows below. 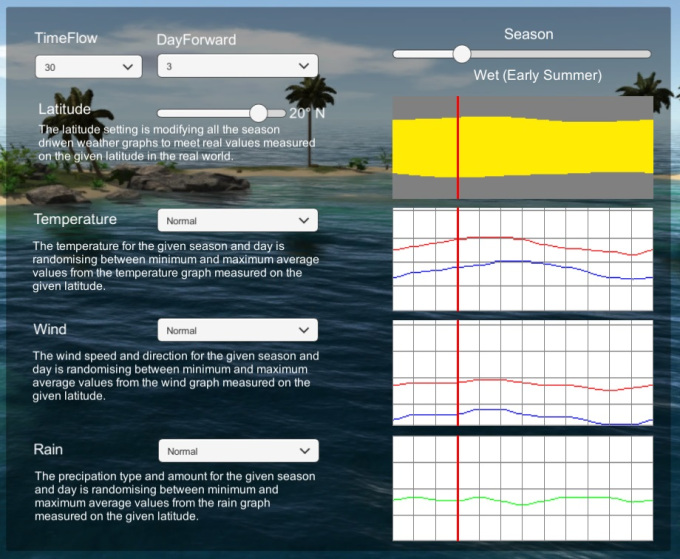 The game customization menu functionality can be seen on our YouTube channel.

The season is affecting also the animals and the vegetation. For example: the coconut edibility and its type (green/brown) will be changing during seasons. The crops and vegetables the player can farm are depending on the seasons: when can they be planted and harvested. The animals amount/type will be changing also during seasons. There will be also some noticeable differences in fauna/flora when the player will travel between northern and southern latitudes.

The Sun, Moon and the stars movement is calculated by players actual latitude and the actual day_of_the_year. In winter there are shorter days/longer nights, so the travel between islands/clusters is more challenging. It is possible to spot the Sun and the Moon together by daytime as in real life. There are also real solar eclipses ...

Tides will be generated realistically based on calculations on latitude and on the Moon position.

The weather engine also create some challenging situations as tsunamis and typhoons. Every item freely placed on the ground, players buildings and the player also will be in real danger.