In this article we would like to bring some new information about our Map and Triangulation system. 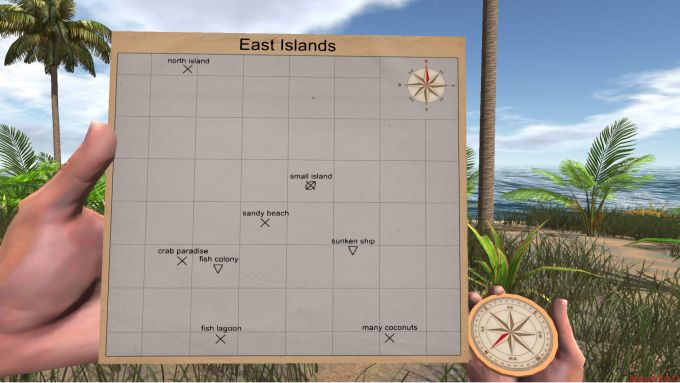 The next main feature of our game is the ability to draw a map and use it for navigation. The map system uses triangulation method to determine the position of the spots the user wants to mark. We have uploaded demonstration video to our channel on YouTube, check it out!

The below described system is used for creating local map of islands inside of an Island Cluster. For the making of the global map of the Island Clusters the system will be different. Instead of a compass it will use the sextant, which will be implemented and described later.

As the name itself describes, the system is based on triangles drawn when there are two spots with known distance between them and two headings towards to the unknown spot. There are 3 simple steps, as follows: 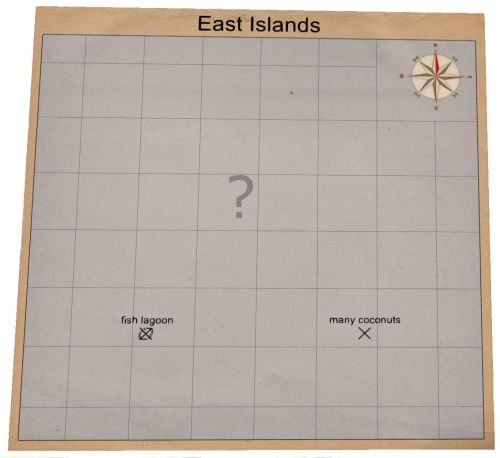 A line is drawn from the first known spot in the heading to the unknown spot: 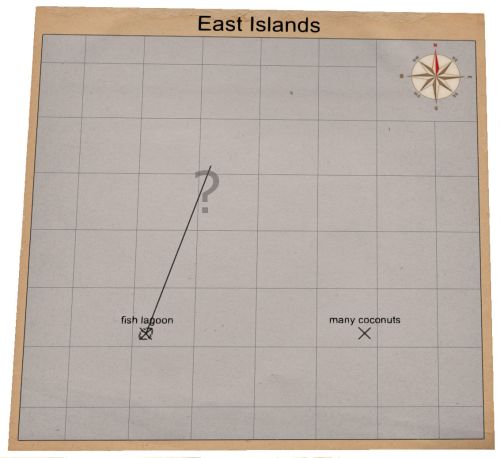 The next line is drawn from the second known spot in the heading to the unknown spot: 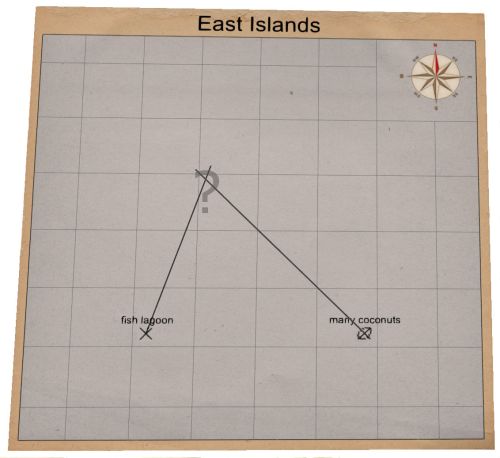 At the intersection of the two drawn lines there is the location of the unknown spot: 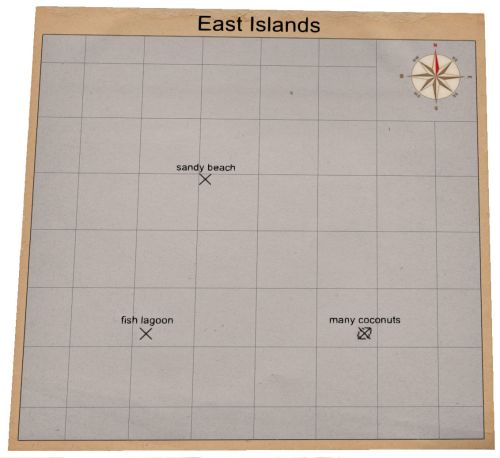 In our mapping system, there are 3 spot types: Island, Tag and Position. Each has different meaning and handling, so we describe them one by one.

The Island type spot is the main navigational element of our map system. It can be named and can be used in triangulation.

Player can use the Tag type spot to mark some important position on the ocean, where he wants to return later, for example: fishes or some interesting object under the ocean level etc . This type of spot can be named by the player, but cannot be used in triangulation.

This type of spot indicates the actual position of the player on the ocean. When the player travels away a given distance, the Position spot is removed from the map because it is not valid anymore. The main advantage of this type of spot is the visual displaying the players relative position from other islands and is further helping the navigation. Because of its temporality this type of spot cannot be used in the triangulation system. 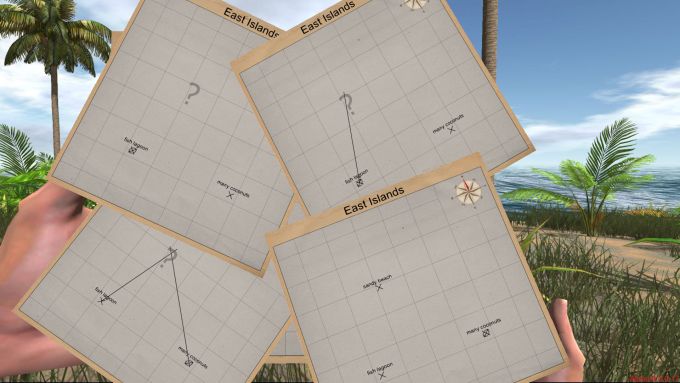 We have uploaded demonstration video to our channel on YouTube, check it out!