After releasing a very early alpha version a few months ago, LOST Extreme has been rewritten from the ground up, and today the new version has finally been released for the first time!

You may remember a few months ago when I released a very early alpha version of a text-based LOST RPG called LOST Extreme. Though I still think the idea was sound, the gameplay was very derivative of similar games, the layout wasn't all that great and it was incredibly unpolished. It was also built on top of an intrinsically unstable engine architecture. It was clear that in that iteration, the game was simply not ready.

About 4 months later, LOST Extreme has been rewritten from the ground up. Featuring completely redesigned gameplay, storyline, design and layout, with a far more intuitive, user-friendly navigational system, a whole host of new social features and a much more stable architecture powering it, this is finally a version which I feel proud in releasing. You can check out the game for yourself here: Lostextreme.net , but here are a couple of screenshots, demonstrating the Homepage (The Beach), and in-game Trading and Combat: 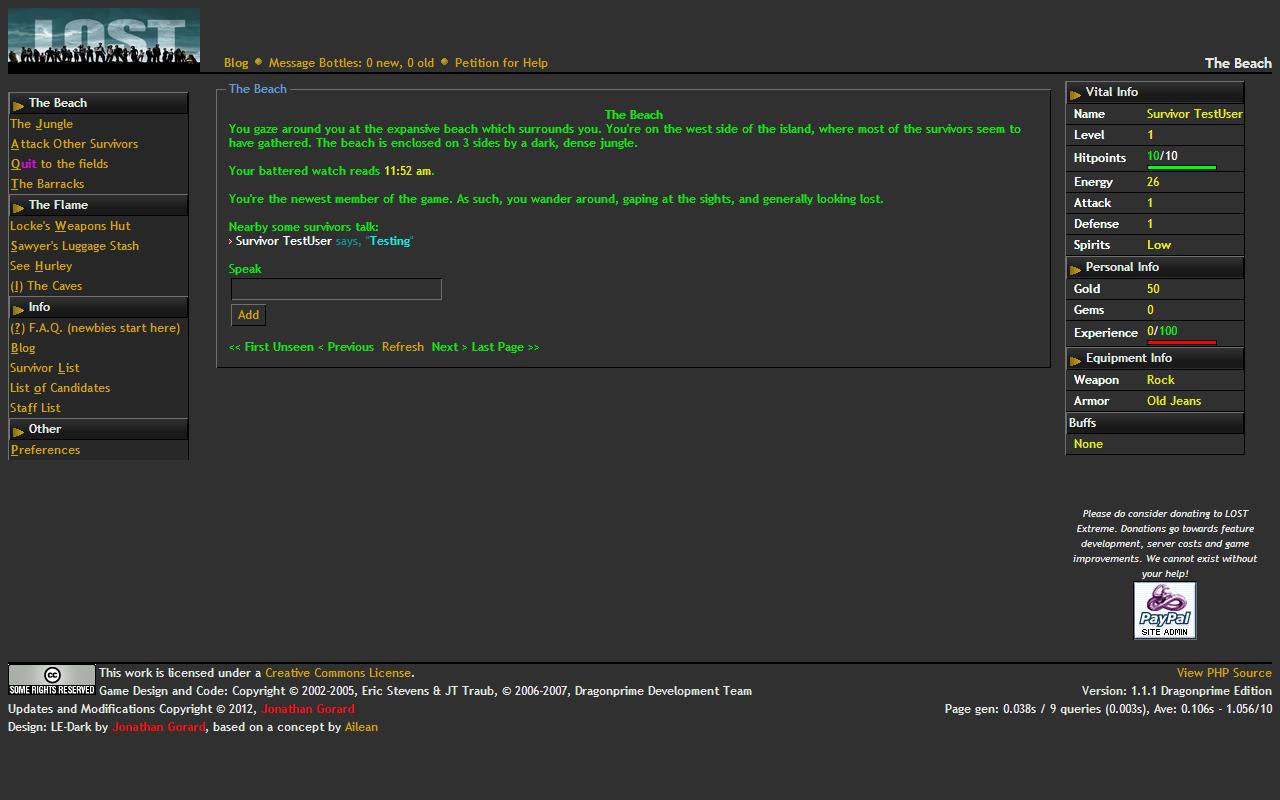 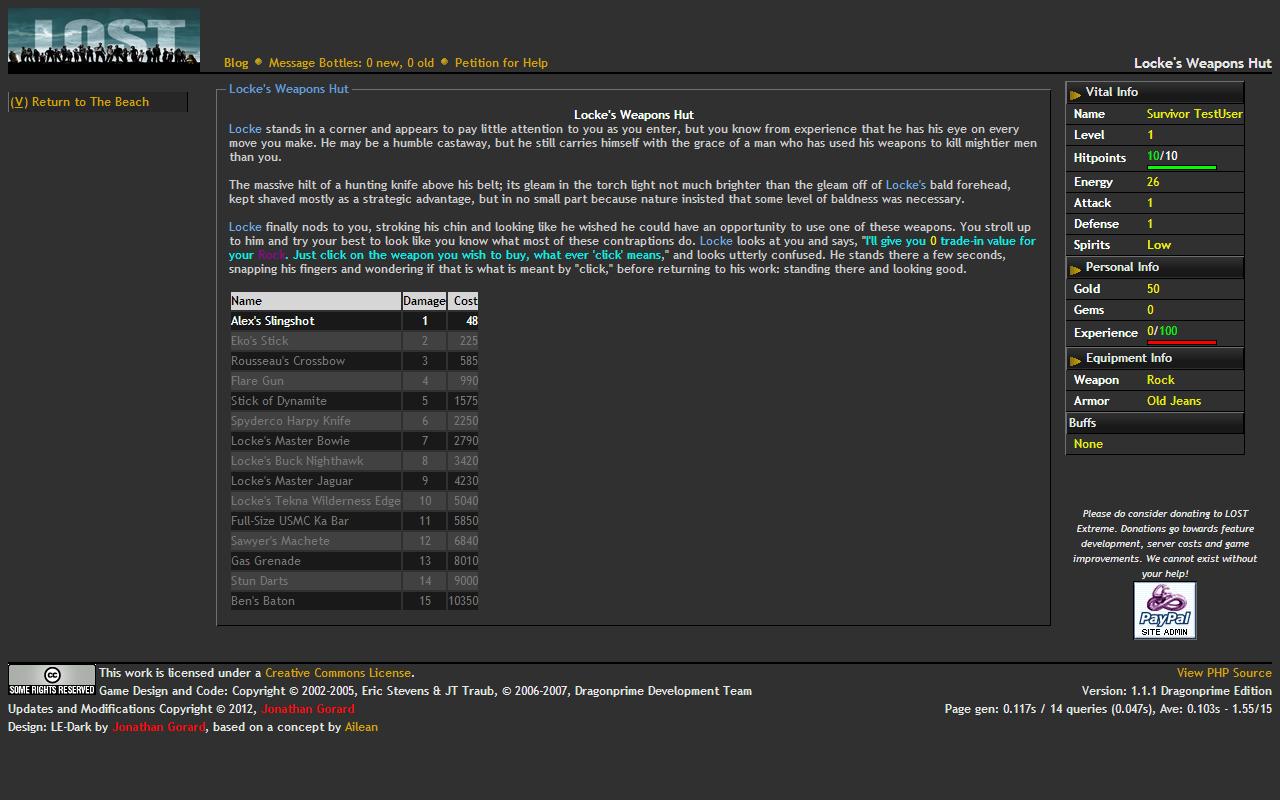 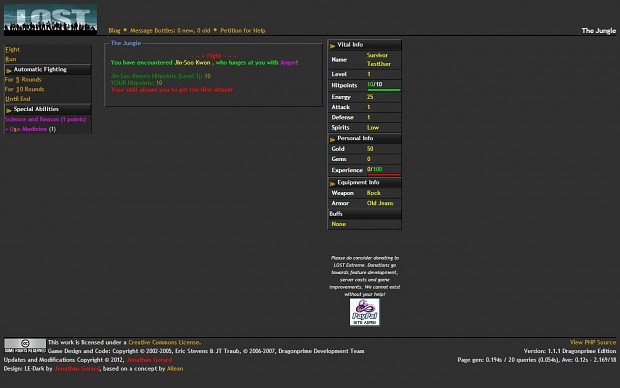 All feedback on the game so far is welcome - please let me know what you think, and I hope you have fun playing!
As I said before, you can find the game at Lostextreme.net , or visit its ModDB/IndieDB page at Moddb.com / Indiedb.com