A quick preview of the Whitehall in London scene and a short report on progress.

Today we'll take a quick look at the London scene in the mod, but first a short note on the mod's progress.

To put it simply: progress is slow. I find myself with little (and increasingly less) free time to work on the mod. When I can't find the free time necessary to work on the mod progress simply doesn't happen. I can again assure you that no one wants the mod released more than I do, but it's not easy getting it to that point. You'll have to bear with me.

Now, a look at the London scene, which is set in Whitehall (which is technically in Westminster, but let's not be pedantic). In the scene you'll find some of the most famous buildings and areas in London, including Horse Guards, Downing Street, Scotland Yard and the Banqueting House of the old Palace of Whitehall.

It should be noted that the scene is a work in progress and as such still needs some smaller details. 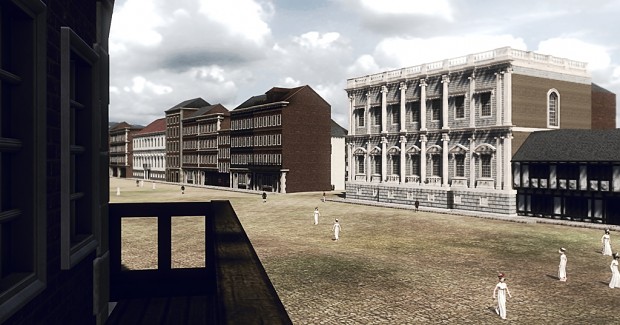 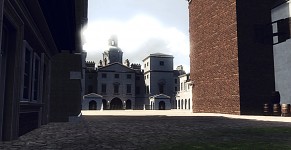 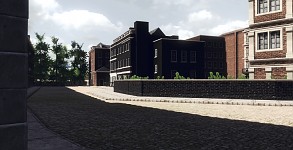 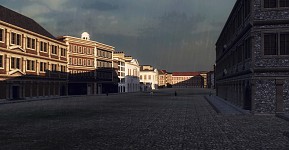 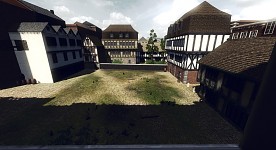 It just looks so good! =O

Take as long as you need to make it what you want, you have absolutely no obligation to us at all. We will continue to watch and support your brilliant work, even if it takes a decade.
Best of luck with the mod!

They will take as long as they want. They don't anyone to tell them that.

You people are so sensitive on the topic of time, you fight amongst yourselves. Sheesh, what a bunch of kids.

actually there is an obligation to those that paid.

Nobody has paid for the mod.

well, i didn't mean pay. you are right.
donate.

The answer is still no, he is not obligated to anyone to release this mod *ever*. Donating is just that, giving money to a cause with no justified expectation whatsoever in a return on the investment other than it helps the cause that is being funded. I'd be frustrated too if I donated to Docm30 and the project went under, but a donation is a free contribution, and the "free" part means there are no strings attached to the money.

Woops, thought I was logged in when I posted that.

looking at the size of the streets, I would hope a lot of people to be there, so it doesn't feel empty. It looks fantastic though!

Looking good any chance of a teaser video through london?

This mod is very in depth. Amazing work guys!

"progress is slow. I find myself with little (and increasingly less) free time".
Just Kill me now! Almost 3 years this mod has been in development and apparently not even being close to being fully completed. Now with you saying that progress has slowed to a snails pace due to your lack of free time (sorry about that by the way) means that this mod will never be finished or will take so long to finish everyone will have lost interest. Wouldn't it be better to get the mod into a playable which it appears to be now and release it already and then update it every now and then?

It isn't playable right now and I can't make it playable if I don't have free time. Explain to me how I remedy this.

You are having a laugh aren't you? 3 years and still not playable? Why don't you ask for help? You've gained a lot of respect as a modder and thousands of people would be more than willing to help you with your mod to finish it off.

Exactly. Three years is no time at all for one person to develop a project this size in their spare time.

For the record, I have asked for help and I didn't get what I needed.

Oh Doc, I'd help you if I had the skills, but I don't, so I can only offer you sympathy. But, don't give up, and don't quit Doc, the mod is beautiful, and I'm hopeful. Maybe some of the Devs on Calradia Imperial could help? Best of luck Doc, I believe in ya.

doc this mod is a complete overhaul i know. but its been 3 years and im wondering if you are even close to releasing an alpha version. if you see this please at least estimate time until primary release. it would do me and all of your supporters a huge favour.