Just remade some of the bottom part of the interface and the top supply bar remade also, took out the storage percentage and made it a bar instead, i also put in upgrade section. going to be a pretty big journey, most of the feature and mechanics i got inspired a little bit by paradox's grand strategy games, but in all going along pretty smoothly no major stops as of yet. 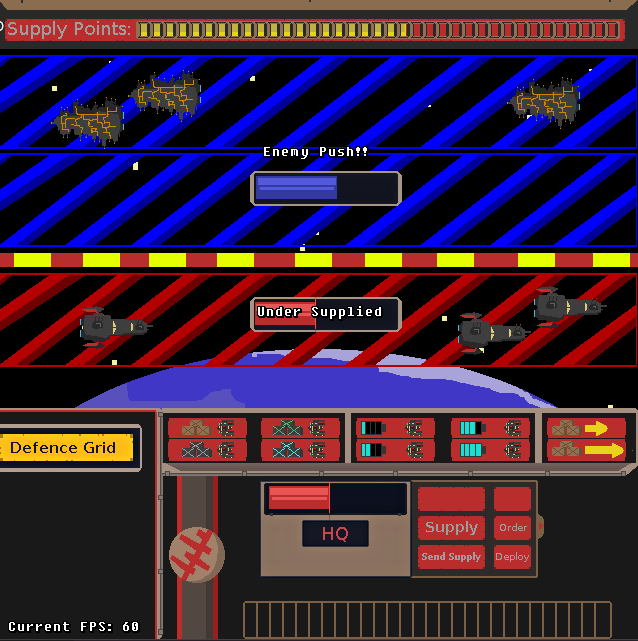