This new update makes the elevators and platforms move faster.

Posted by fractilegames on Jun 7th, 2015

This update is coming a lot sooner than I expected. There are no major bug fixes, but because I have heard a lot of complaints about annoyingly slow-moving platforms and that has been improved, I decided to put this update out now.

The movement speed of all platforms and elevators has been increased noticeably. Wait times are also a little shorter now. The change might not be as radical as some had hoped, but it's still a big improvement. I even had to adjust completion target times in some platform-heavy levels. 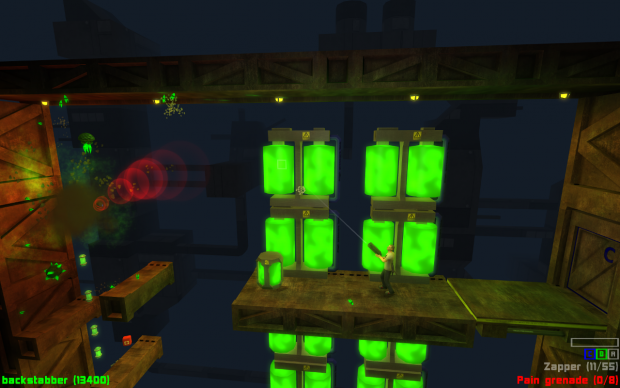 The full version keys for Lockdown Protocol are now available for purchase at 50% discount for a limited time!