This release focuses on improving game play and making the game generally more fun. Most of the changes are based on feedback I got for the last alpha version and suggestions from test play sessions with friends.

The biggest change is the added shield device. Gun fights in open corridors with no cover available were a big source of frustration. The shield device aims to fix that by allowing creation of temporary cover. You will need to collect power cells to use it, so it's not always available.

Enemy guards have been made easier to kill and there's a bit more of them now. This leads to game play with more action and less player deaths. At the moment the game play is slightly easier than I intended. It will get a little harder when I create one more enemy type and place them to existing levels. 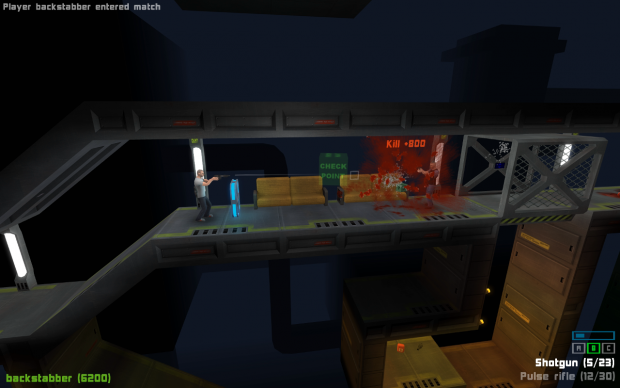 There's also a new alternative multiplayer skin that can be unlocked by helping spread the word in social media. Select "Support / Share in social media" in the in-game menu to launch the browser, share a link to game page on social media services of your choice and the new skin will become available in player settings.