Our 'Localisation Update' adds 10 additional languages to Robocraft as well as a number of bug fixes. 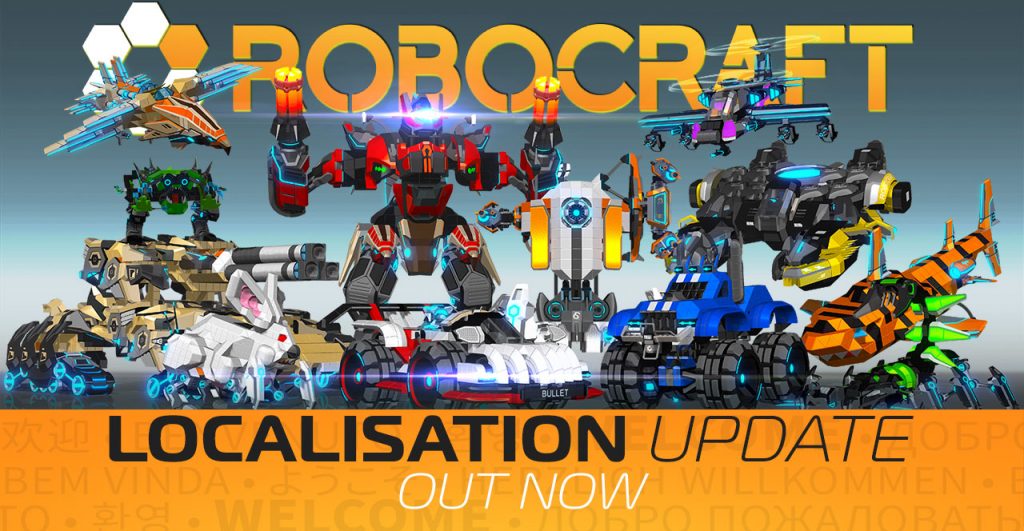 Today, December 8th, we released our ‘Localisation Update’ (ie. multi-language support). We know that you’ve been asking for a localised version of the game since first went live on Steam back in 2014 and it’s something we’ve wanted to do for a long time. Let us tell you, translating a videogame into multiple languages is no easy or fast task. It isn’t a simple case of taking all the English words used in the code and replacing them with different language versions. We’ve needed to change words or phrases due to localised differences and context in another language. There were also a number of UI changes that needed to happen too (the CRF is a good example of this) as some words written in English required less screen ‘real estate’ than say the German equivalent. In total, we’ve translated around 11,000 words into ten different languages. NEW LANGUAGES: 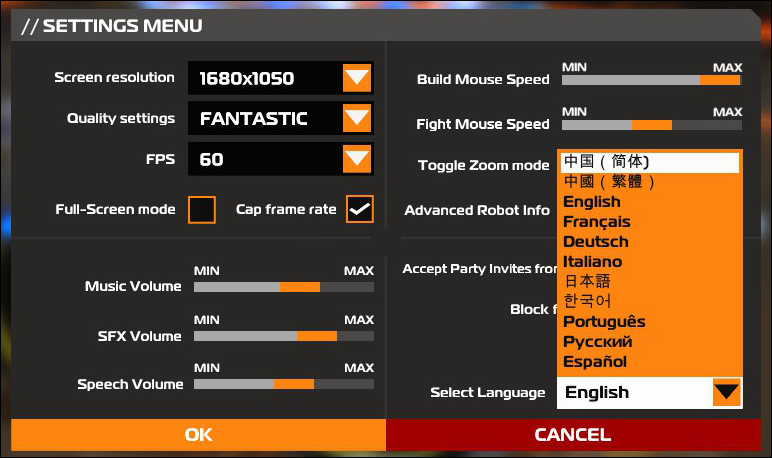 In addition to the massive undertaking of localising the game into ten different languages, we’ve fixed a number of bugs too. BUG FIXES: