Belzaran in a Little God with no ambition. But he has to make a big and dangerous travel to restore the power of the Scandinavian Gods. He will learn to use and control the Four Elements to solve puzzles based on Earth, Fire, Water and Air.

Belzaran will travel in four different worlds. The first, Freyr, is the Earth World. Mines, dark castles, caves are the main location of the world. The second, Njörd, is the Water World. Subaquaties cities, harbours and seas... The third, Odin, the Air World, will take place in towers. The tourth, Thor, the Fire World, will be the end of the game. In a volcano of course ! 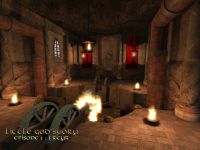 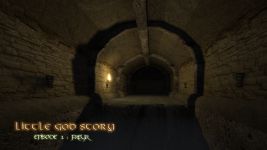 
Belzaran can change himself into Elements. Each Element have pros and cons. You have to combine them to go in the next room. 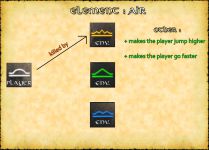 Some buttons can only be activated when you are in a specific Element. Fire buttons make fire effects, Air buttons make air effects...

What about the release ?


Little God Story will be released in four episodes. The first one, Freyr, will be release this year. It takes place in Earth (castle, mines and other caves).

I am working alone on the project. So be patient, guys. A lot of the coding stuff is already done and I am now focusing on the puzzles and the story. Some are finished and I hope they are fun to play !

Here is the first trailer of Little God Story to better understand what will the game and his ambiance to be. 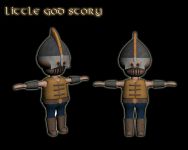 Looks Good Although not sure about how hard it will be looks very easy in video.