In v0.9.0, Link has an unusual side special that may throw console players off by limiting the use of one of his most important tools: the boomerang...

In v0.9.0, Link has an unusual side special that may throw console players off by limiting the use of one of his most important tools: the boomerang.

In v0.9.1, Link will no longer perform hidden skills with any version of side special. Instead, Hidden Skills Link is its own alternate playstyle featuring a new suite of special moves! 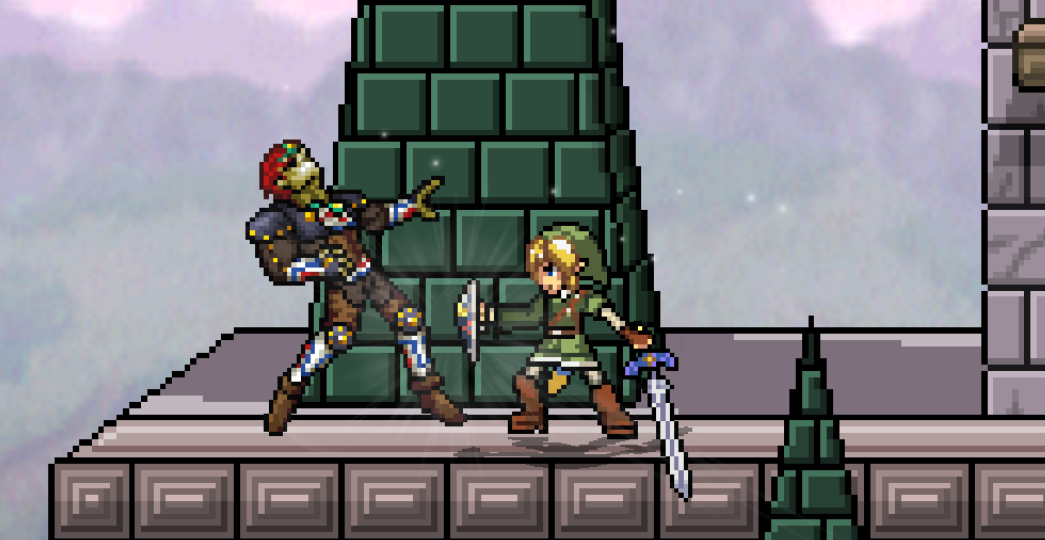 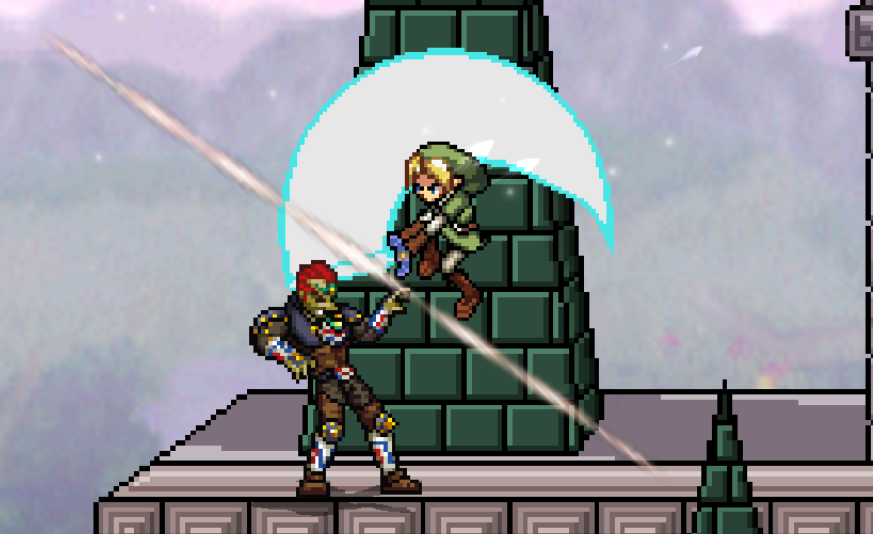 In the Hidden Skills alternate, Link no longer shoots an arrow with his neutral special. Instead, he will perform Shield Attack and Helm Splitter!

On the ground, pressing B results in shield attack. It is a quick attack that deals massive shield damage, but with very low range. It is primarily used to open up defenses. Pressing neutral special again will yield Helm Splitter, a powerful flipping slice that deals knockback in the reverse direction. If the opponent shields both hits, they will take tons of shield damage and Link will land behind them, making an out of shield punishment difficult to pull off. If your opponent is using their shield too much, use this attack to put some fear in them!

Shield Attack cannot be performed in the air, instead Link will go straight to Helm Splitter.

But that's not all! Shield Attack is also capable of reflecting projectiles! If your opponent is trying to take advantage of this playstyle's lack of range, turn their own projectiles against them! 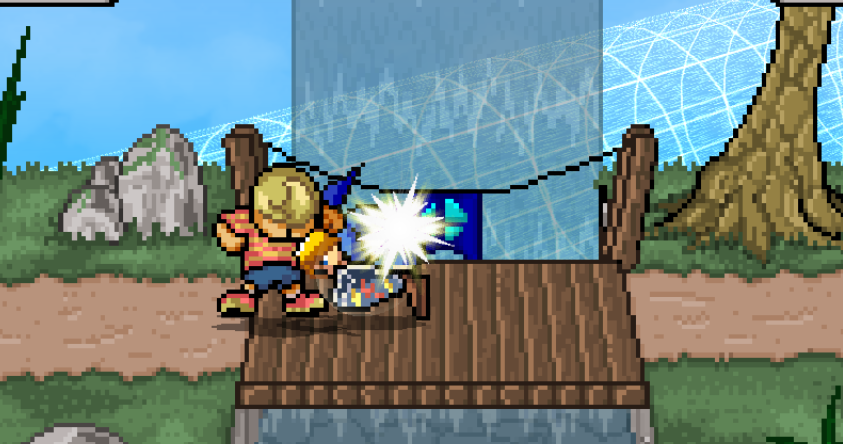 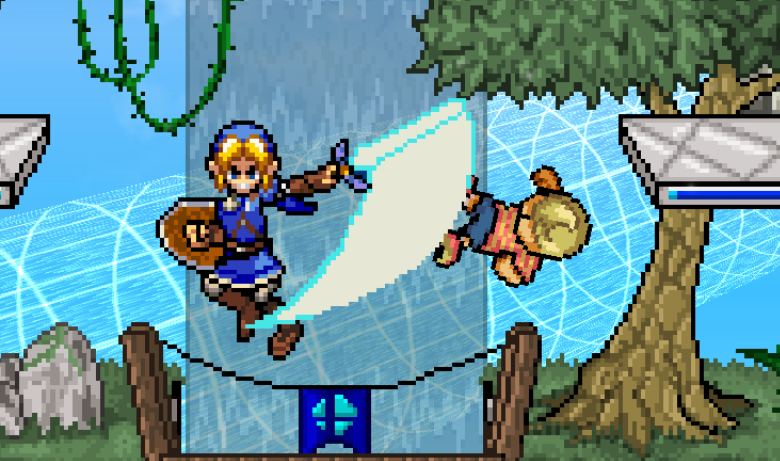 Link's side special in this alternate becomes Back Slice when performed on the ground. This attack starts with an invincible roll and a hitbox over his body, leading into a jumping back slice! Use this attack to dodge and counter your opponent's aggression! 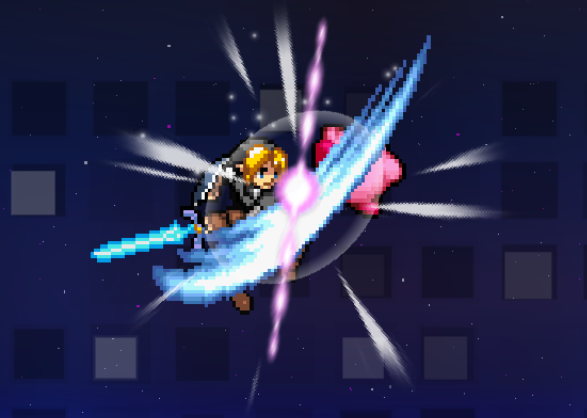 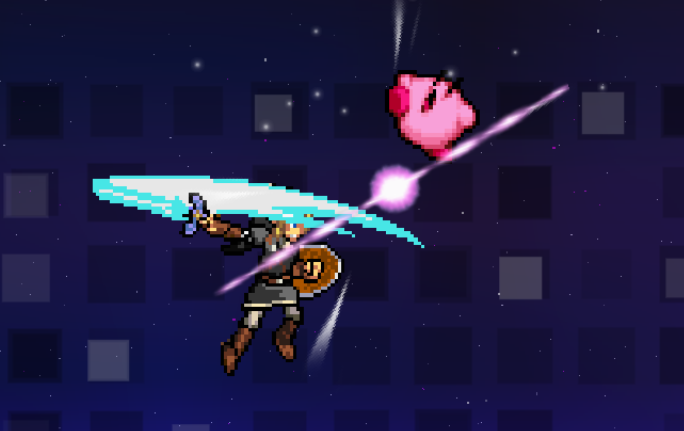 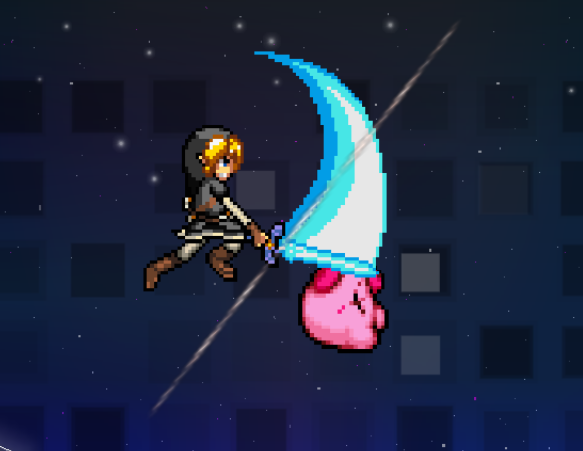 Link can only perform the rolling dodge on the ground. While in the air, side special becomes Jump Strike! This 3 hit advancing combination can be devastating, ending with a powerful spike to send your opponents to an early grave! 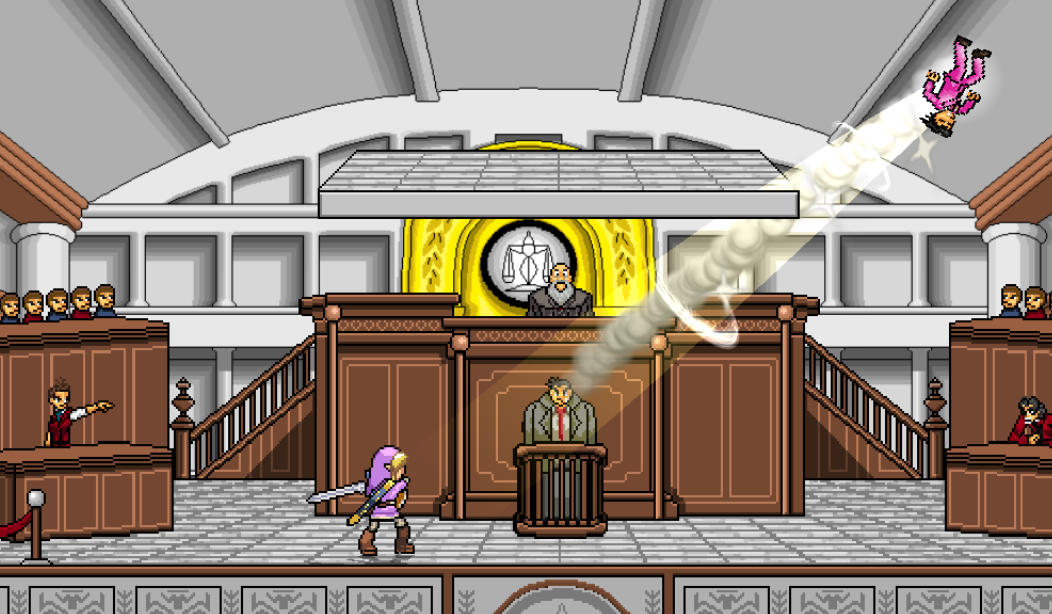 The down special is Mortal Draw. This seems like a fairly simple slicing attack, but deals massive damage and knockback if it connects on an opponent caught in start-lag! The attack can even be held to delay the strike, limiting the predictability factor. 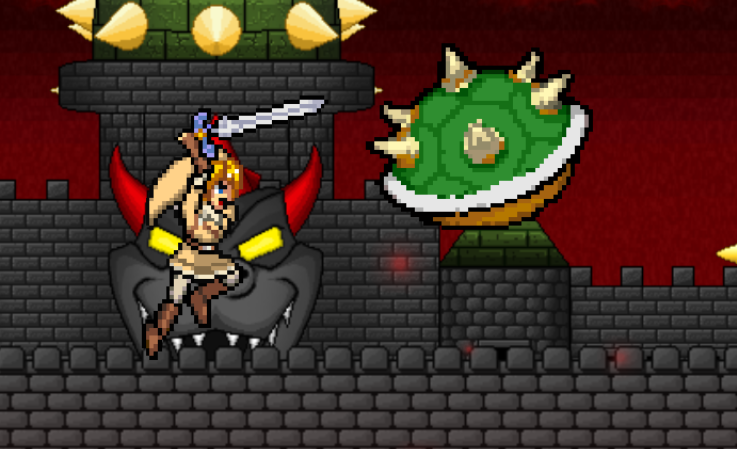 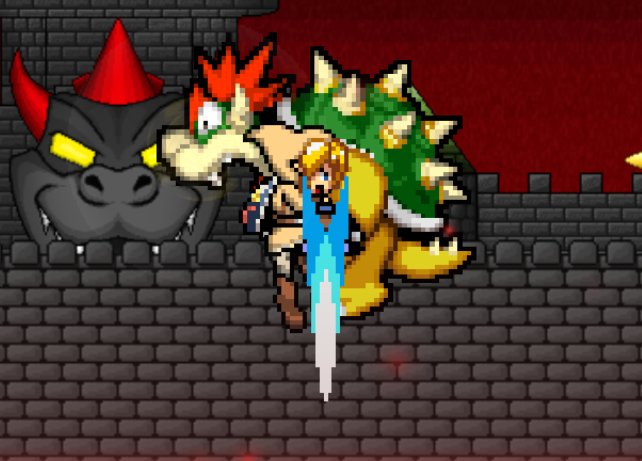 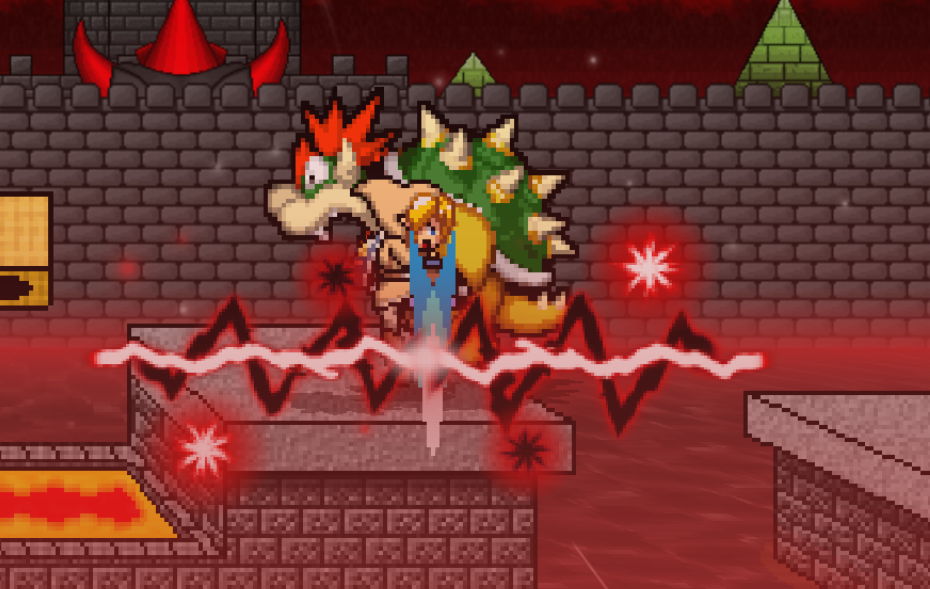 Mortal Draw is only possible when Link is able to plant his stance on the ground. In the air, Link will instead perform the Ending Blow! Link leaps forward, and any opponent in his path will get dragged along with him! When he hits the ground with an opponent, massive knockback is dealt! He can even use this off-stage as a suicide attack! 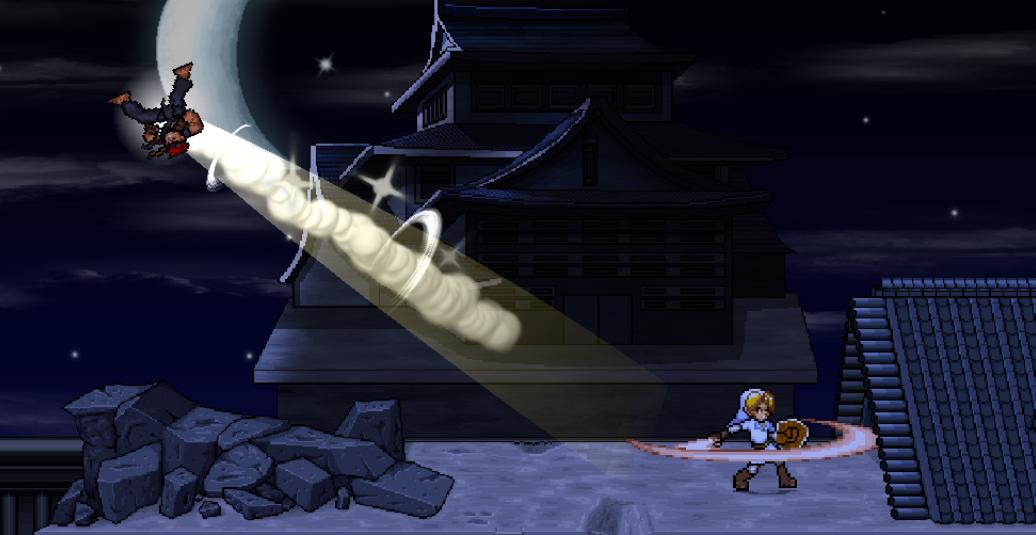 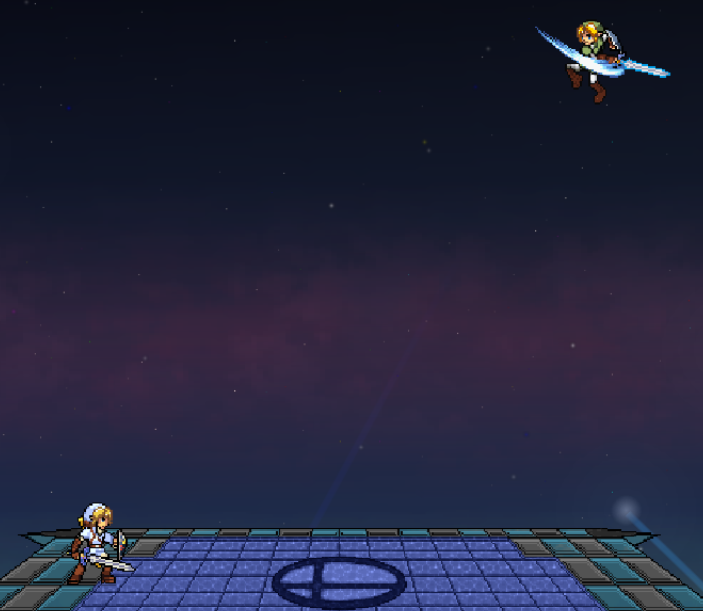 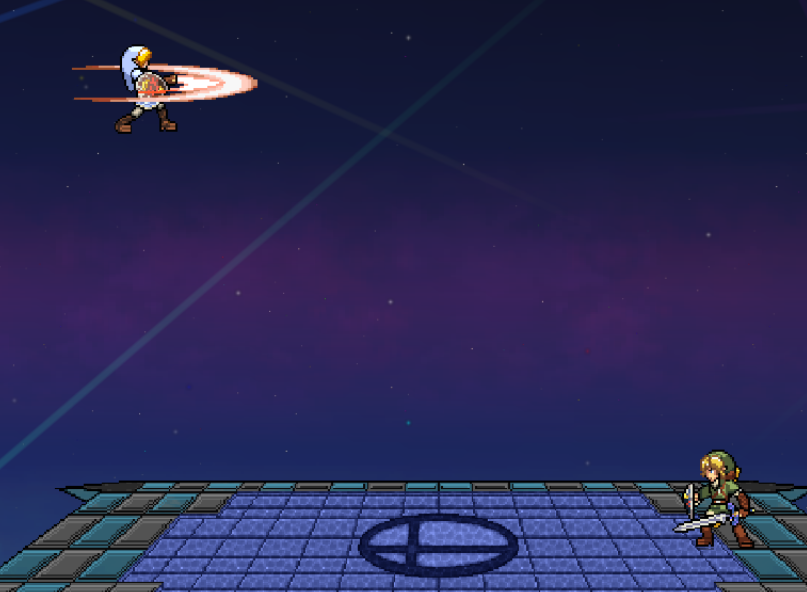 Heights pictured include both jumps

Link's Hidden Skills up special is Great Spin. This version of Spin Attack is far more powerful, at the cost of recovery distance. It can't be charged, but it doesn't need to! Link may not be able to recover as well in this alternate, but can take stocks fast enough to make up for it!

Excited to try out the new alternate playstyles in 0.9.1? Let us know what you think! Tune in next week to see how we're changing Little Mac!