Posted by Michal.Marcinkowski on Jan 10th, 2011

Grab the first update of 2011. It will automatically download once you start LD.exe. If you don't have Link-Dead yet, go here. 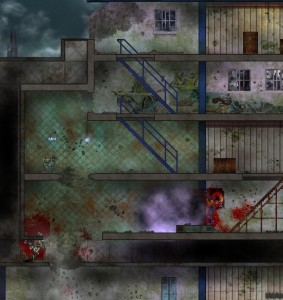 What's new? I made a new map! I called it simply Warehouse and it is set in the same industrial setting as the Factory map. From gameplay perspective it is very different from the 1st map. It is more square-shaped, fights occur mostly inside the warehouse/factory. There are no mutant undergrounds and everyone spawns all over the place like in a deathmatch game. I want to try how this will work out. Playing with bots is much more satisfying on a map like this.

That's right I've made bots. Unfortunately they aren't a perfect opponent. I didn't have time to code any objectives for the bots. So they usually just sit and wait, enjoying a smoke or whatever bots do in their free time. To have fun with them you'll have to engage them yourself. Don't post any bot related errors cause I don't plan on working on them more, it takes too much time.

To play with the bots on localhost or on your server you must either generate bot paths in the editor or download these bot paths and unzip them into LD/Cache. Sorry about this, it will be automatic next time.

Pie menus are perfect now IMO. They don't interfere with the weapon aim anymore because they have their own separate cursor. This works really good.

Notice how the explosions look different now. I fixed the smoke so that now you can clearly see how the "dust processor" works. Smoke will only appear in the region the explosion occured, realistically floating under the ceiling, flowing out of windows etc.

I made even more optimizations for speed. Most noticeably I disabled the shadows for map lights. Sorry but it takes too much GPU power. If I find a way to really speed it up I will reintroduce this feature. 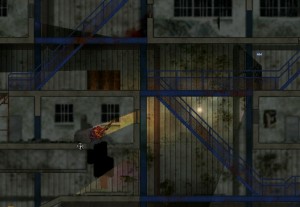 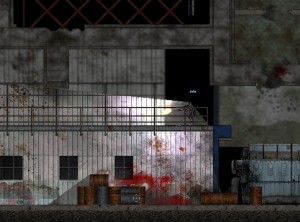 Last but not least: Field-Of-View. Many people complained about the lack of it. Some feel it is necessary, some feel it should not be there. Let's decide in this version. I made it a server-side option so we can test it (editable in Rules/Huntdown/huntdown.cfg).

Have fun & I'll meet you on the servers!

So, is still just a beta you have to pay for (without getting the full version)?
Also, are you still planning on having a subscription fee for the final release?

If you can answer 'yes' to any of the above, then no thanks.

Bro, you can pay even 1 cent if you are so greedy. This is alpha, not beta.

It's not greedy to not want to pay to test an alpha for bugs, without getting the final product; or for a product that requires monthly injections of your money.

I'm not planning on a subscription model at this point.
If you don't want to pay then OK. I can just say the game is awesome and even for an alpha worth at least 20$. Instead I ask only for whatever you can pay me for it.