I talk about how I write a story, which is divided in three phases; what I want to do, what I need to do it, and what I'm going to do. 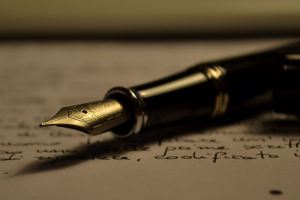 Hey! Since I don't have much to say about what I'm currently working on (I will for the next devblog, though!), this weekend I'll be talking about my story writing process, which is divided into 3 phases (in case you couldn't guess from the title).

What I Want To Do

Before I start even thinking about what will happen in the story, I need to know what I want to happen. A dramatic twist? An emotional confession? Or perhaps just some simple character development? This is either guided by some functional criteria ("last scene was dramatic, need something to ease the tension") or simply just what feels right. After deciding what kind of event I want, things can start becoming more concrete.

What I Need To Do It

In this phase, I look for what specific elements from my story I need to get the type of scene I want. So, character development? Well, I'll probably need the protagonist, but since I can't use any of the secondary characters, I could just try to use a background character. Flashback? Haven't developed the antagonist much yet, so he makes an ideal candidate. There's a lot of "making sure it works" during this phase, whether it be seeing that it won't make things complicated in the future, it doesn't contradict any previous events, or simply making sure it makes sense. Once I have clear what I'll use, I can start thinking about the scene itself.

What I'm Going To Do

Finally, I can work on the actual thing. Who will say what? How will they react? Will anybody try to say a joke? To be honest, there isn't much to say about this phase, because currently I only have worked on the first two phases. But in theory, I see myself going on instict at first to make sure things "feel right", to then later check it and scrap what doesn't work. 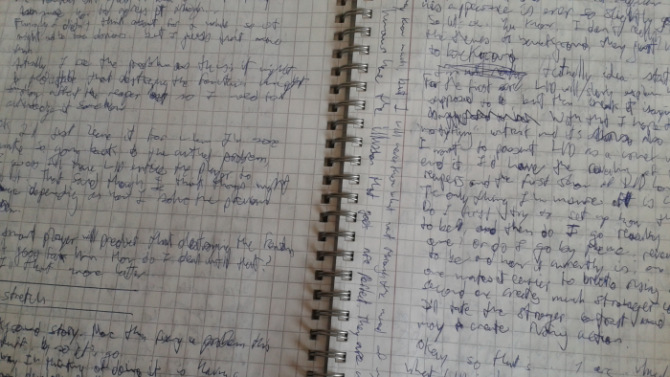 Well, this was short! But yeah, in the end, my process is just a lot of thinking. I wish I could give you more examples, but that would be spoilers :p. So, see you next time!

Do you like fanfiction? It's one of those things I've always wanted to read but haven't really made the effort to do.