I take a look back at this year's development to see what I did well and what I did badly.

Life's Impetus is now two years old. Time flies, doesn't it?
You may be wondering why I haven't posted anything in the last month. Thing is, I was on hiatus due to life obligations, but now I'm free! Before I return to a normal devblog schedule though, I'll be doing a postmortem. Just like last year, I'll be looking at what I did this year, what I got right, and what I got wrong. It's mostly an analysis of how I worked, so I won't be talking much about the game itself, just the work process. So, let's start!
<!--more-->

Before I get into this year, I'll give a quick look at where I was at this time a year ago (if you want to know more though, check out last year's postmortem). I was still in preproduction, that is, the phase where I decide on the most important aspects of the game such as the mechanics, story, world, characters, etc. I had finished prototyping the gameplay, and had choosen an art style I was satisfied with, but not much else.
As you can guess, my first goal was to finish preproduction. And so, I did; I worked on character design, decided on the main story points, and got an idea of how the world would look like. With the preproduction done, I could finally move on to production. First things first, I decided which would be the game's "real" name (before it was called Life's Impetus, I referred to it as Fountain of Life). After that I created a personal site, the game's Facebook page, Twitter and this IndieDB page.
Beginning work on the actual game was lots of fun. I started by programming the game's two core elements, player movement and the battle system, and the time I had inbetween I did a lot of little stuff such as starting to animate the player. But then came the 2014 Indie Game Maker Contest... If you want a detailed look at what I did, check out this blog post or check out the game's presskit, but basically, I halted development on Life's Impetus to work on a game for the contest. Once that was done, I kept on working on LI. I programmed a cutscene/conversation system (which involved learning XML, so it took a while) and finally, I worked for a while on the Fountain of Life before it was time for the year's end hiatus.

Learning to Make A Schedule (and to stick to it) 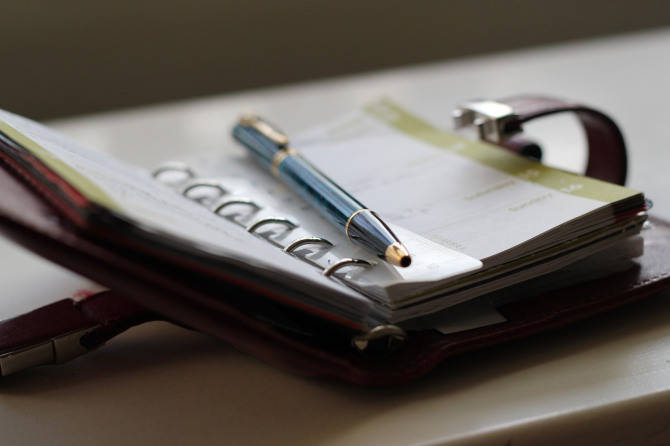 One of the important things I did moving into LI's production phase was to start planning ahead. A problem I had with preproduction is that I had no true long term goals, and as a result, even if I was working and advancing, I wasn't really finishing anything. I did have short term deadlines, but without a clear idea of what I would do once I had met those deadlines, I sometimes just ended up trying to improve what I had already done instead of moving on to the next task. In fact, I originally wanted to finish the preproduction in the first year of development, a goal I missed by a huge mark.
This year, by having a schedule, I had an idea of where I wanted to be in terms of progress at any point of time, and I was able to focus on finishing and meeting deadlines instead of blindly working for as long as I felt like it. This not only helped me advance on the game much faster, but also taught me to work productively; to work while always making sure that what I'm doing is actually leading me nearer to the final goal. And, the other important thing to note is that I actually managed to make a realistic schedule for the year, which is special since it's the first time I do plan something long-term like this. I did have a rocky start and had to reschedule a bit, but for most part, I managed to stick to the schedule and met pretty much all the deadlines I made for myself.
(yes, that's all the good stuff...) 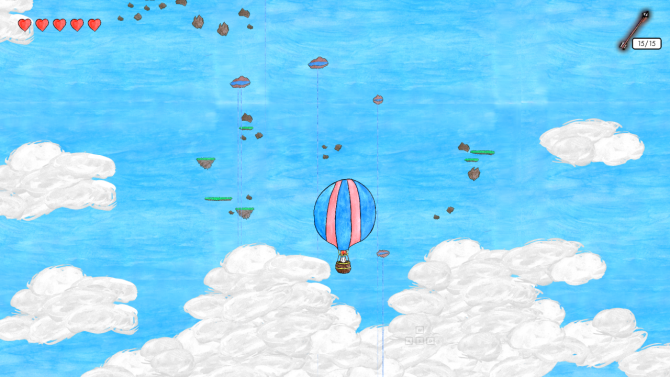 I'm still not entirely sure if making Sky's Isles was worth it. If anything, it's nice to have finished a game and to be able to show it to people, but I can't say worked out as I had hoped it to. In terms of LI's development though, it most definitely was something bad. First off, it obviously was a time loss. The month spent on Sky's Isles could have been spent working on LI. But, there were repercussions beyond that, too. First off, once Sky's Isles was done, I spent a bit less than a month marketing it, which was completely unnecessary (well, there was prize for the game with most "likes" but I never was trying to win that), but at least it was a useful experience (and some people made an article and a video!).
Finally, after finishing the whole marketing campaign, I started working on LI once again, but... it was slow. I mean, it clearly took me a while to remember what I was doing and to start advancing again, but the problem was bigger than that. I'll quote the Sky's Isles postmortem: "Before this, I was working on Life’s Impetus at a reasonable but strict pace, but for now, I think I’ll take things slower, [...]". Definitely, I was slightly burnt out after the stress of making a game in a month, and it showed. I worked on the game for a while without clear goals for a month and bit more, and as you may guess, it wasn't a very productive month. Eventually though, I slapped some sense into myself and got back on track. So, I lost about three months on something I originally only decided to do because I thought it'd just be a month...

Being Social in Real Life

While this is slightly unrelated to everything before, it's an important factor to consider. I've never been much of a social person. I mean, I do like hanging out and talking with people, but I'm fine without it and I'd rather dedicate my time to other stuff (like gamedev). And yet, I was pretty active this year in terms of social activity. The problem is that by "social activity" I don't just refer to going out with friend and stuff like that; I also participated in a lot of activities and even organized some of my own (for example, I organized a small Super Smash Bros. tournament). And yes, this did suck away a lot of time and energy too... It's not something I regret in most cases, but it's not something I want to keep on doing if I want to finish LI anytime soon.

One thing that I've always valued is marketing. If you have something good to show, it's always an good idea to start marketing early because it lets you get feedback, start building a fanbase, and ultimately make your game known, which is essential if you want people to actually care about it when it's released. And so, I've been "marketing" the game since basically the beginning of the process, but I began to take it pretty seriously when this year started.
And yet... I never really asked myself who I was marketing to. I simply never thought about who read the devblogs I wrote, the Facebook status updates I posted, and the tweets I tweeted. And the answer is, almost no one. I mean, I wonder who's reading this postmortem now? (by the way, thank you reader for making it this far). It's not as grim as I make it sound though. Posting here at IndieDB gives me a good deal of views, and I have a small amount of followers that give me a consistent amount of views at my site, but none of this seems to have converted into actual people interested in my game.
In the end, the problem is that I've been marketing to thin air all this time, just showing stuff without actually worrying if anyone was looking at them or not. The time spent writing weekly blog posts (which by no means was little) could have been better spent working on the game and helping it reach a prettier state (since we all know it's hard to get people interested in a game with only programmer art). I still value what I've done in terms of marketing for LI, but I can't say it has helped me much.

This wasn't much of a good year, huh? I improved in some important aspects, but I made some pretty big mistakes in other areas. This starts to be worrying when I consider that I want to finish Life's Impetus by late 2015/early 2016, and this upcoming year will probably be the toughest yet, both in terms of real life commitments and developing the game (will be working on the actual content such as levels, cutscenes, etc). Nothing else to do besides face it, though! I might fail, but that shouldn't stop me from doing my best.