An ingame level editor for The Swapper has been in the todo list almost forever. It's finally reality. Check out the video, text and pictures in the article.

Main reason to write the editor was that it became terribly slow to create levels using the old method. There was no point in starting the game, checking if things were as they were supposed to be (which they probably weren't), closing the game, modfying something and waiting for the game to start etc..

This is the past: 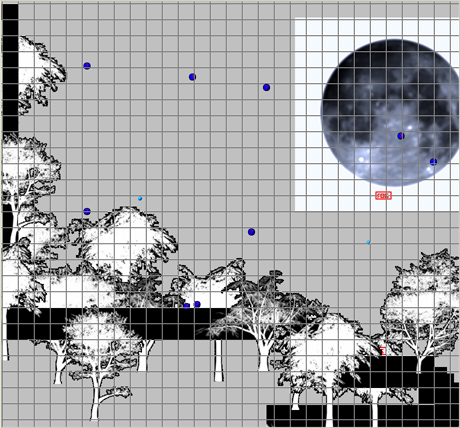 This is Game Maker's own map editor. Clearly it isn't very illustrative or nice or anything. Those blue dot's for example are supposed to represent fog or lights. There had to be something else. Also I've always liked the idea of community created content. Without some external level editor such thing would have been impossible. So I started building one: 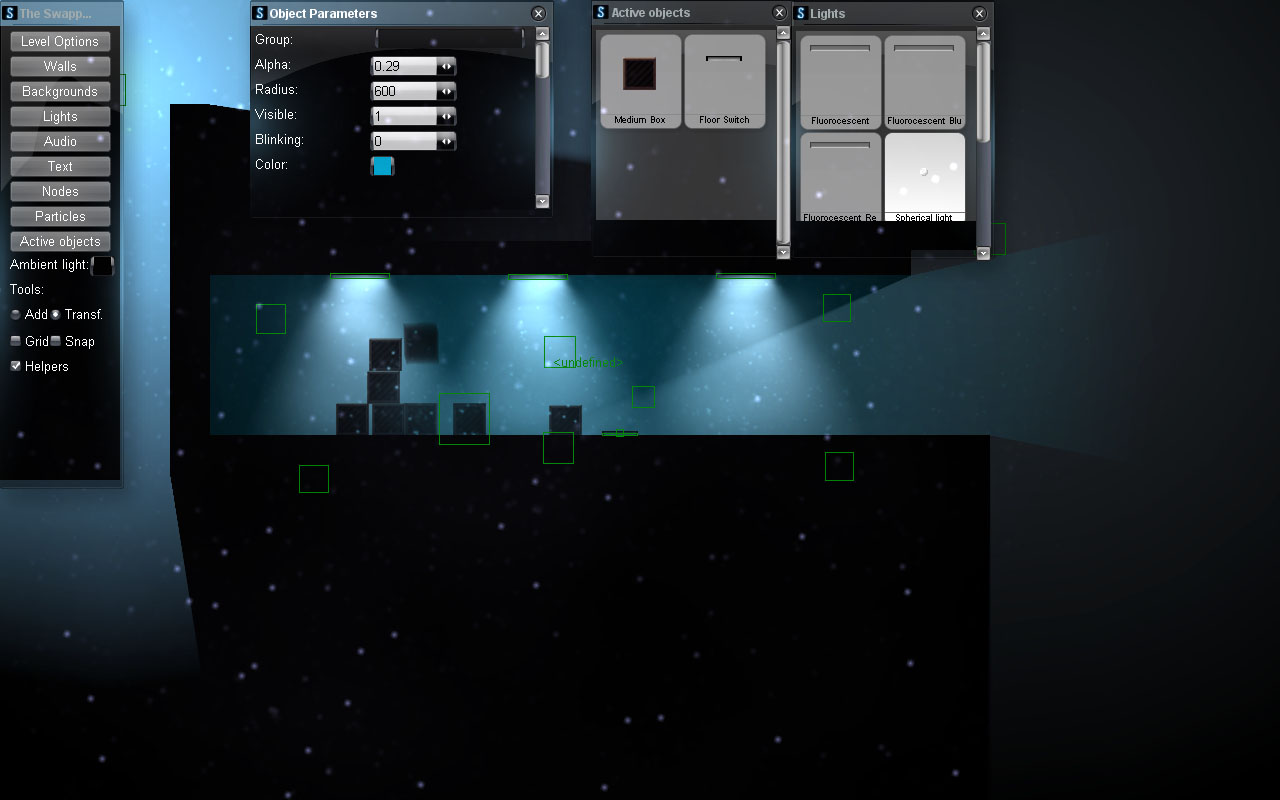 This is the editor anyone can use to build maps as it's coming embedded into full version of the game. There are still many things to do like creating tools to add audio instances, tiles, decals and parallel scrolling backgrounds. Those and many other assets can of course be loaded from files and modified easily. Again I think a video is the best way to explain the current state of things:

The future graphics of The Swapper made a huge leap as the game is going to use XenoN PlayGate for rendering. That means there is likely not going to be any flickering screen (vsync) problems that are common with games made using Game Maker. XenoN also makes it possible to use shaders for effects like adjusting colors, grayscale, screen blurring and distortions etc etc.. And it also improves the overall graphics performance.
Being an OpenGL renderer Xenon also most probably makes it possible to play the game on linux using Wine which was previously impossible because it doesn't support some advanced DirectX graphics stuff. That shouldn't be a problem anymore.

Remember to check and join the new Official The Swapper Steam group.
Stay tuned! You can follow the development on these places: 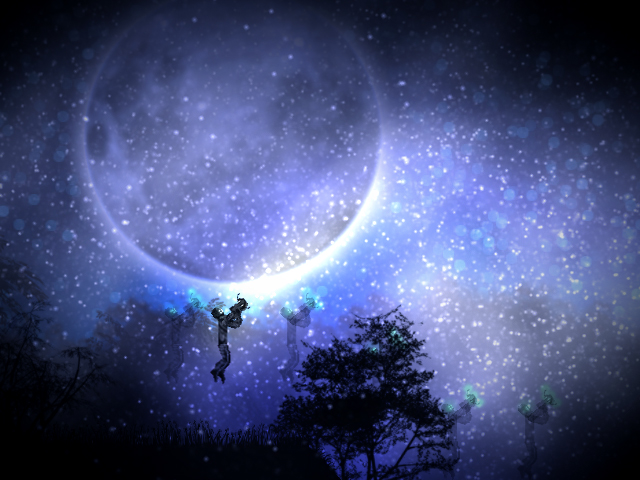 I love game level editors! The GUI and overall interface seems really nice. Almost as nice as the crazy pretty game :) keep up the great work.