Our Lead Level Designer discusses the use of affordances in Wayfarers: Call of Osiris.

Level design: player navigation with an aid of affordances and obstructions

In video games, players are often driven by set rules, obstacles, or certain conventions. The latter can be defined as derived knowledge of people, cognitions, and/or agreements that people take up in their everyday lives. These are perceived interpretations or affordances.

Affordances are intrinsic properties of an object that indicate its inherent usability. But affordances alone would not get us far in videogame design. For this reason, signifiers were introduced. While an affordance defines the possible actions, a signifier is a perceptual factor of an intrinsic property that points to the legitimate usability of an object. Don Norman provides a simplified explanation: a doorknob has the perceived affordance of tangibility, but first we must learn what the doorknob is and how to use it (D. Norman, 2002, 145). In videogames, most affordances are established in the tutorial phase or later in safe zones. 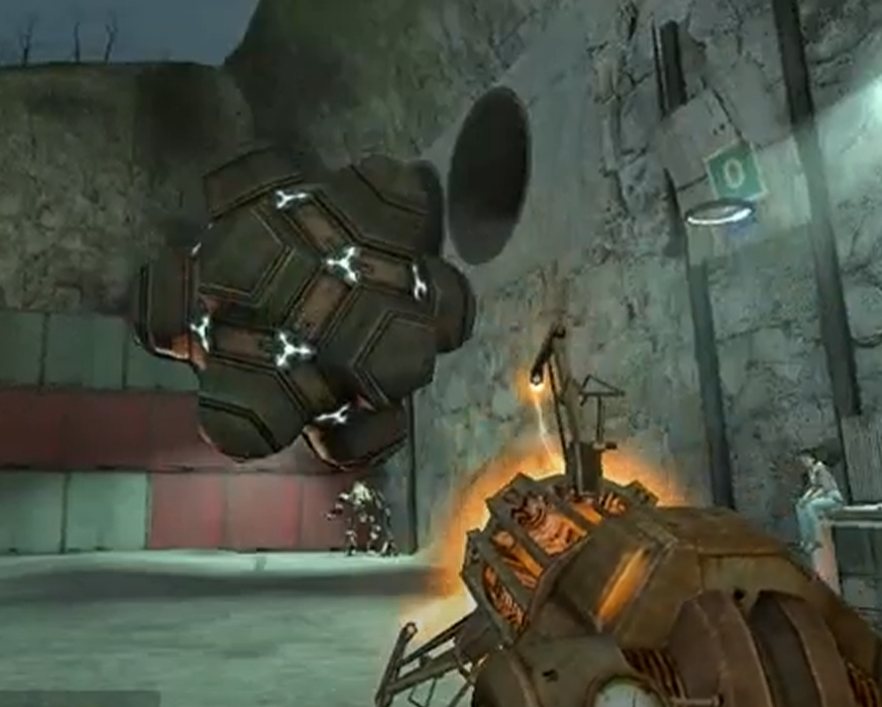 Take climbable ledges as an example. Each climbable ledge is marked with a significant decal of a particular shape or color. Although level designers have come a long way by just using colors and shapes, this approach is still widely used, especially in the Uncharted and Tomb Raider series. 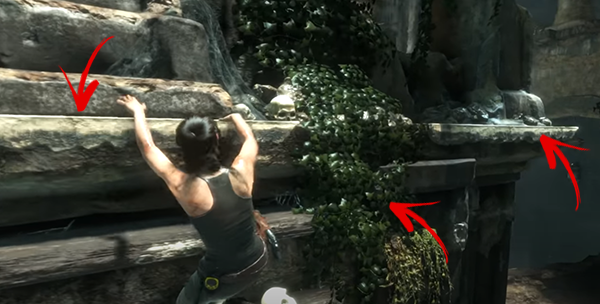 Red arrows on each side point to decals that indicate the places where the player character can hold on, while the shrub in the middle indicates the area that he or she cannot use. These affordances are called obstacles, obstructions, or prevention affordances, and are a good way to guide the player. In this example, they break the monotony of traversing by forcing the player to jump to the next ledge. 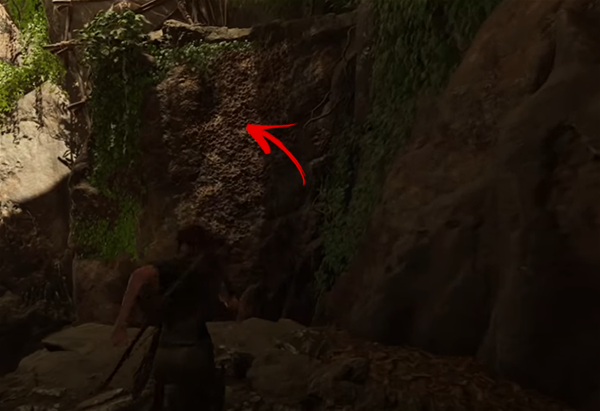 Affordances can also be generalized, especially when there are multiple uses. The arrow points to a texture (material) that represents a usable area among different types of surfaces. 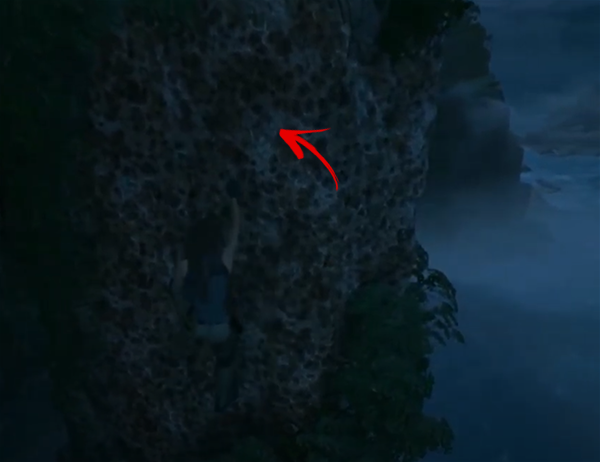 The texture on the outer wall is different, but we can still discern its usability from the obvious holes in the detail mask. All surfaces with this type of texture are used in the same way. Concrete on buildings may not have the same texture as this one, but it shares some of the features like this hole pattern.

Videogames have come a long way since Mr. Norman showed us a different perspective on the philosophy of affordances and signifiers. Their use has expanded beyond implicit relations. 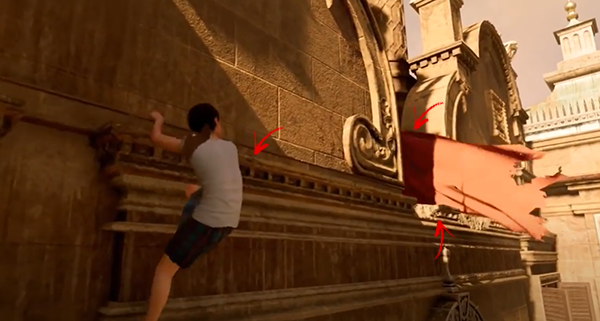 The image shows the player's character holding onto a climbable ledge. The player can climb to the lower right arrow where the ledge is damaged, but the climbing will likely end there. However, the dynamic signifier, a flag, flutters, indicating that the wind is blowing from the most likely open area that the player will move towards. 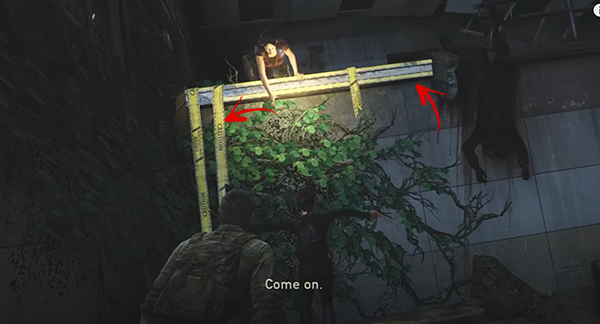 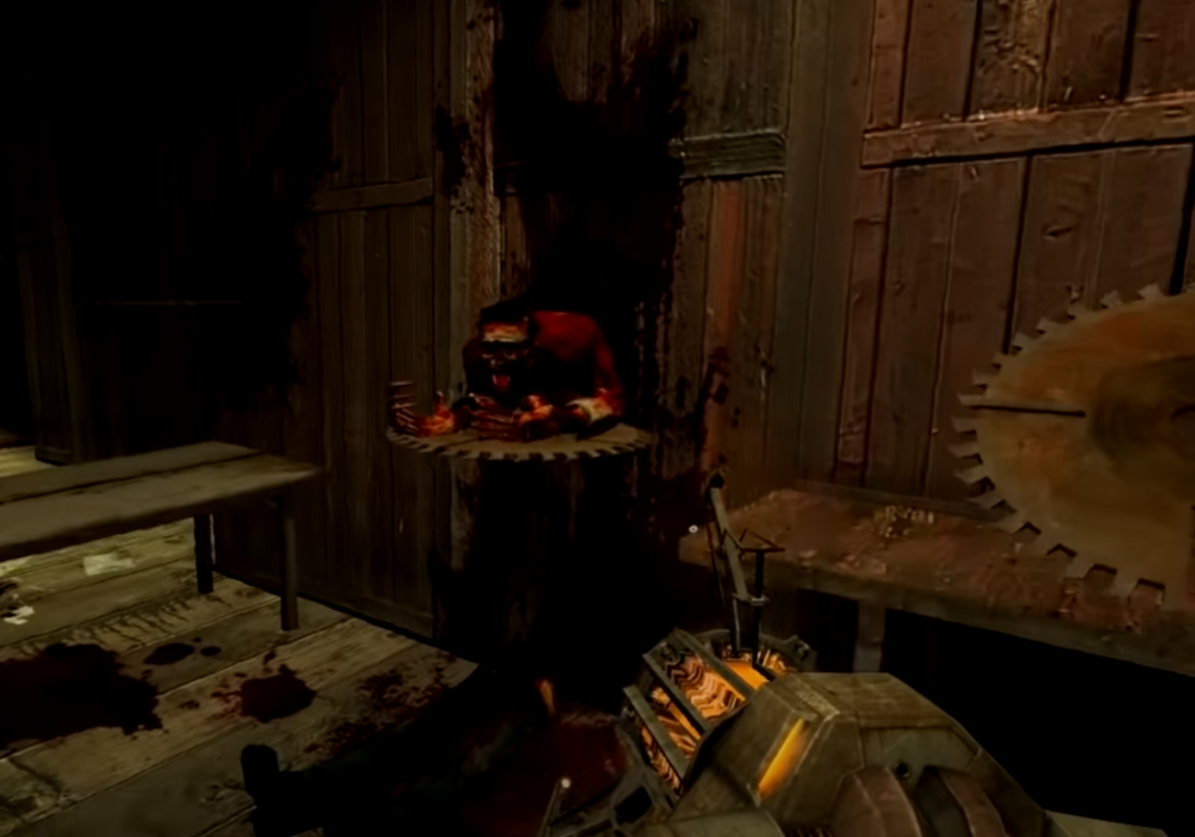 Few examples of affordances in videogames are as multi-faceted as the Gravity Gun in Half-Life 2. The Gravity Gun can interact in a specific way with a number of objects in the game. But the most interesting thing is the multi-layered introduction to it. The player sees the round blade and realises what it can do. He picks up the blade with the Gravity Gun and knows what he can do to whom and in what way. And he does all this just by picking up the round blade. 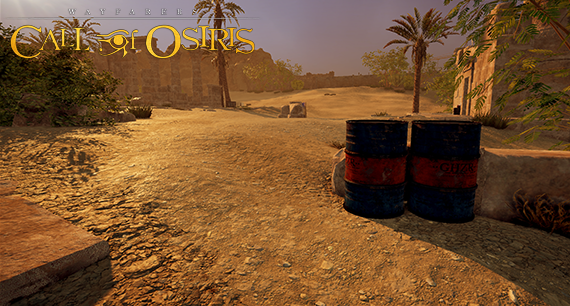 In Call of Osiris, we explicitly used more than one type of affordances, but one of them still stands out. Large areas meant we didn't have the means or mechanics for Jack, the player character, to use every potential object as cover. So we decided to use special objects highlighted in blue. Jack is able to jump over low cover and hide behind high cover. Diameter and length determined the direction of deployment. We used blue barrels, pallets with blue coating and the like. Some decals have obstacles that indicate where the player can lean, jump over, or have a clear line of sight to enemies.

[Wayfarers: Call of Osiris, box cover with decal and obstruction.]

The best levels have so many affordances to guide the player, such as pathways, weenies, lighting, vistas, etc., that there isn’t much to teach (Toten, 2014, 199). While this may be good enough for setting a basic gameplay path, I would argue that the best levels are those that contain so many subtle implications that the player learns the rules by playing in a non-intrusive way, and enjoys the feeling that he or she is doing more than just following the rules. Everything he or she learns becomes more personal, and the level of immersion deepens.