The story is far more complex than that of the average mobile game, read more about it here.

Today I am going to write about the game story. To prevent spoilers and other kind of information that might hinder your game experience, I am going to write the story as I remember it to be, instead of copy pasting the story-writer documents. But first, lets talk about the context of the game, "what is going on in the world of Zombie Desperation".

Two weeks before "infection", several scientists from a certain company brought in some material to a research center for study. Someone within the building triggered the hazardous containment alert, completely sealing the building from all contact outside. A few hours before that happened, a violent incident happened with a group of scientists and a security guard, resulting in several researchers injured and two fatalities. The injured were sent to a hospital, while the two dead bodies were sent to the local police station for an autopsy as they seemed to have been behaving strange before dying. In the heat of the situation, one of the dead bodies went missing, while the other one was stored at the morgue while the investigations about the missing one went on. While the local authorities were busy with this matter, the hazardous containment alert incident happened.
A few people tried to contact the communications officer within the building, but they didn't get any response. Hours later, the security doors at the entry-cargo area lifted and several trucks went out, crashed into the quarantine barricades and then got away in the darkness of the night. Seconds later, the building exploded. It was believed that the people that escaped the truck was responsible for the explosion.

From that day on, several violent incidents occurred all through the city, all with news with titles like "the dead walks" up until the government officially declared the evacuation of the island, which is the day nicknamed "infection". 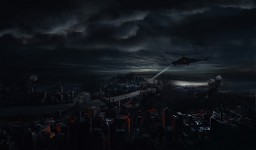 The game takes place, the night of September 18th of 2018 at Enigma Island. Two days after the government declared "infection". While the civilians were evacuated, several shady militaristic teams were dispatched to several parts of the city where the infection had already overtaken the population. 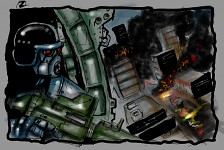 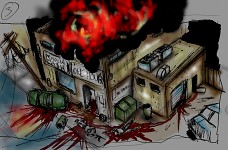 The story narrates the terrible adventures of one of those teams.


From there on, we would like you to enjoy the game experience. If you liked the story and are looking forward to play the game, please consider buying the Gold edition of Zombie Desperation to support the development of the game. 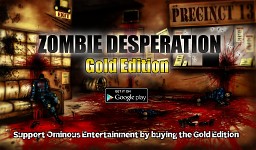 If you don't want to buy it, you can also play the free version to support us, check them out.