This article looks at how we are approaching combat balancing in Distant Star: Revenant Fleet.

Posted by BlazingGriffin on Feb 4th, 2015

“Distant Star is currently as hard as a really hard thing. Think of something really hard. No, harder. Yeah, that’s it.“ – RockPaperShotgun

Largely due to the way we’ve released Distant Star: Revenant Fleet and partly due to its roguelike nature, it’s difficult to balance the game from the outset of the alpha phase. Games like these are a complex set of variables (features and content) and without all the variables in the mix (which is normal for an Early Access title) it’s tough to get the balance right.

The good news is we’re making really good progress with loads of features released already and more to come pretty soon (check out our Development Roadmap for some detail on this). What we want to do today though, is talk a bit about combat balancing and in particular, what we’ve done already and what’s coming real soon. 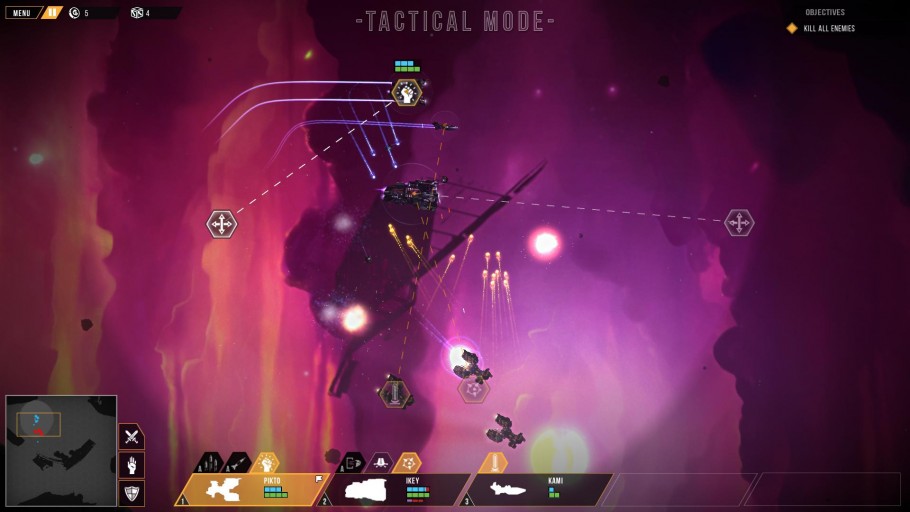 This is one of the most asked-for features from alpha players and we’re glad to introduce it to the game earlier in January. Feedback from early versions of the game indicated it was too “click heavy” and there was too much going on – not enough time to react with each ship’s abilities. Tactical Mode allows players to pause combat and issue orders to each ship. This really adds a new dimension to gameplay and also opens the door to being able to use new abilities which will be coming with future updates.

Reading the Design Team’s unit spreadsheet today, I noticed in the class column it has “distraction” next to drones! They were a tad overpowered and had a tendency to elope with your own drones in some missions. It was a classic story of drone-meets-drone, drone-falls-in-love-with-drone, drone-dances-off-with-drone, player-is-left-waiting. As beautiful as it was, we sorted out the issue with a number of changes that mean drones don’t hold up the progression of a mission. These include:

For players who felt the need to take out a bit of vengeance on enemy drones, we also gave the Carrier a new weapon to kill drones with – the Flak Barrage (and it’s got a nifty new VFX for the upcoming patch!).

Kiting…always kiting…
When the game first launched in Early Access the only real strategy was to kite enemies and avoid their fire. We never wanted kiting to be the only strategy so we’ve done and are doing a number of things to rectify this:

While this goes some of the way to resolve the issue, the big thing that’s happening soon…

…Ship Improvements
We’ve reviewed how each of the ships are performing and there will be a number of improvements coming with upcoming patches – in particular some ships will have more hull and shield strength and better shield regen. You will find that the Assault and Dreadnought are a bit more tanky and the Lancer won’t die *quite* so quickly!

With these changes, which also affect enemy fleets, players will find that different weapon options become more important. So for example, equipping a ship with an Ion weapon (high damage v shields but none v hull) is a much more viable option.

On top of defensive factors, we’re also reviewing weapon damage to rebalance some issues that have cropped up. For example, players have noted that too many enemy ships with Beam weapons can be overpowering. This will be rebalanced in line with the hull and shield changes.

Unit Experience
Another commonly requested feature by players – pretty soon your units will gain experience and as they level, you will be able to assign skills to them. These skills are pretty powerful – things like more hull and shield strength or automated hull regen. They will really let you customise your ships to your playstyle and substantially improve the ships performance in relation to enemy ships. More on this soon.

Story Events
Not being able to buy ships, upgrade them effectively or repair them – these are all issues that relate to the addition of story content to the game, which is something we’ve been doing with every patch. We’re almost there on this one, but still got a bit to go. With the next patch players should see a notable difference though and in particular can receive new ships as rewards (or scrap old ones) and also earn enough credits to buy more in shops. 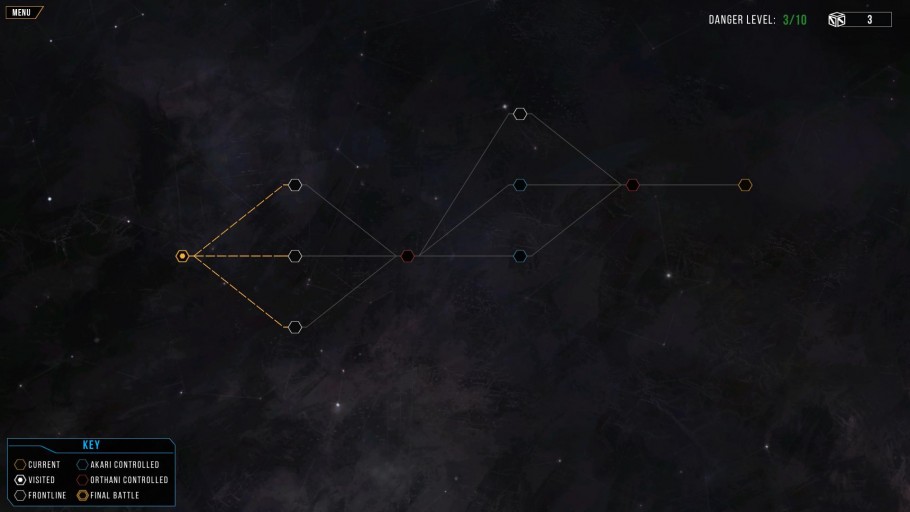 One of the main issues with progressing your fleet through the game is the absence of the Galaxy Map – this how you navigate from sector to sector. Without this, the playthrough is pretty short. The good news is that this will be in the game pretty soon, along with a save function. This will let you experience more content, acquire more ships and upgrade them further which will really affect how your fleet performs in missions.

More Attachments
There are loads more attachments still to be added to the game and these will become available as mission rewards and in shops. Combined with everything else we’ve covered here, these will really help you customise your fleet and improve its damage output and survivability in combat.

This wasn’t just a series of platitudes on our part – every point raised was summarised, catalogued and pass onto the team here at Blazing Griffin. Based on this we’ve added new features and changed our development schedule to reprioritise some features we had originally thought might not be as interesting for players as other things we were working on. While it’s not always possibly to add every feature request to the game, it’s been really useful for us and we continue to review feedback from players when planning out future workloads.

This is one of the main reasons we opened up development by going into Early Access and we’re pretty happy with the result so far. As we move towards beta we’ll be looking less at feature and content development and more at the balancing of the gameplay, but there’s still plenty of scope for players to get involved with shaping the game that way.

It’s a great time to get involved with the game – our earlybird price of £4.99 will be coming to an end pretty soon (full price will be £14.99), so check the game out and let us know what you think.