So, after many many months of leaving them out in the cold, I've opened the door and let the test team back inside. But only some of them...... Now that we're finally in beta, we've narrowed the test team down even further.

So, after many many months of leaving them out in the cold, I've opened the door and let the test team back inside. But only some of them...... Now that we're finally in beta, we've narrowed the test team down even further. It used to be made of 10 members, but we've kept only the most hardcore and dedicated people to be beta testers. There are now four of them. Mark, Matt, Tim and Carl. Mark (otherwise known as HyFrydle32) has already inundated me with things to fix, and I fixed as many as I could, and as a reward he has uploaded the first two episodes of a series of new beta "Let's Play" videos. You can watch them here :D

As you can imagine, what you see in the video is all beta footage, so many things will still change before the end.

In addition to that, Carl (CamioTheFox) has done up a gameplay video (no narration, just gameplay) for you to watch as well:


I've also put together a little showcase video for all of the incredible art being made for the game by Rachel, Carrie and Mihaela. The backing track is one of the many amazing tracks that will be on the game's soundtrack. The music was composed and performed by our amazing Nicolas Lee, and the vocals were actually done by our lead programmer, Alex. The backing vocals are provided by none other than the incredibly talented Mr Steven Kelly, whose voice you will recognise from the trailer.


Aaaaanyhooo. We've been getting in the new voices for all of the extras for the game, as well as some very special new voices for certain new creatures, including the succubus, whose voice is being provided by the ever-so-beautiful Amber Lee Connors, who agreed to reach for her inner Marilyn and came up with an amazingly spectacular voice pack for her! So that'll all be coming in the next update :D

I hope you enjoy! And please remember to not only vote for us on Steam Greenlight, but share the link EVERYWHERE. Facebook, Twitter, Forums, neighbours... Shout it at people in shopping malls.... Everywhere you can! 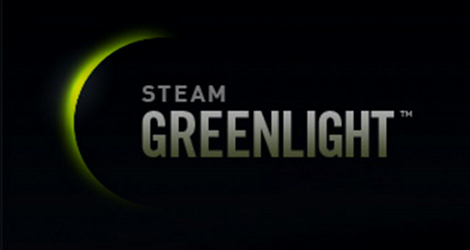 Eh I thought we were getting a demo when I read the title...

Aww, you get to see Let's Play videos, though!

Very nice to have some gameplay videos! Keep up the hard work!
I voted for Malevolence on Greenlight