Hey There! Dungeon 4 is finished, the Early Access starts next week and Legends of Pixelia is one year in development now.

Hey There! Dungeon 4 is finished, the Early Access starts next week and Legends of Pixelia is one year in development now.

The fourth dungeon in Legends of Pixelia is the interior of a giant tree, the Gaia Tree. 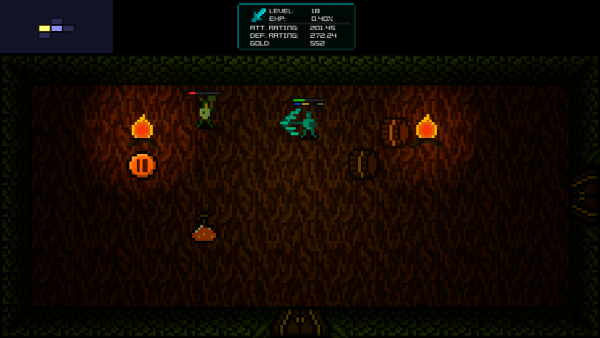 It is inhabited by plant monsters and orcs. Be careful, the enemy AI starts to be very strong here -- and, as you see in the screenshot below, they have melee focused skill shields. 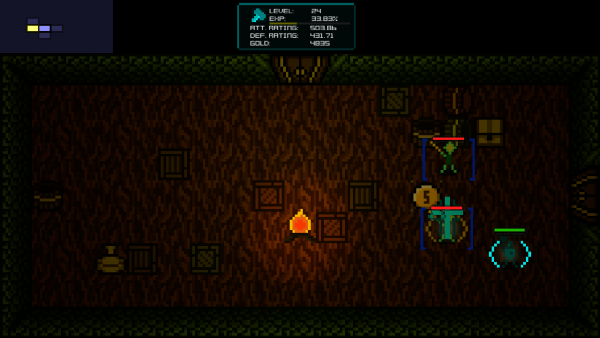 Some of the orcs are able to summon shot eating crystals (the blue eggs on the screenshot below that have a health bar). Don't rely too much on your ranged skills in this dungeon... 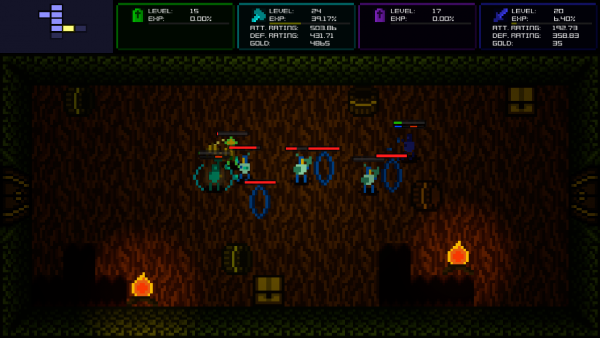 One Year of Development

I started the development of Legends of Pixelia in April 2014 -- Happy Birthday LoP! Lets have a look at how the game changed during the first year. Very early hero sprites: 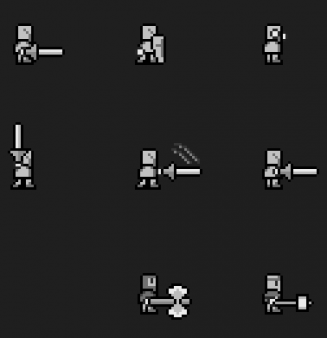 The top images show some sprites of the knight class, the barbarian and the paladin can be seen in the bottom line.

I decided to rework the hero's sprites to be more minimalist, here's a screenshot of a knight in dungeon 1, captured in September 2014 (alpha): 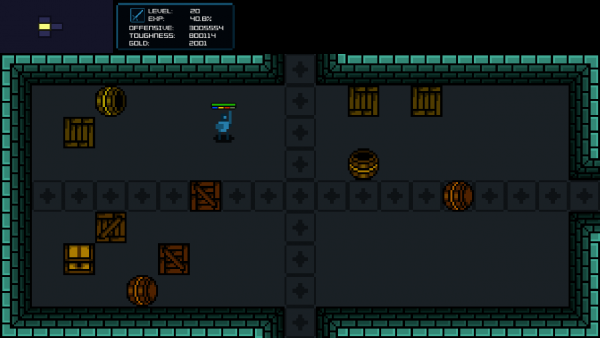 After reworking the barrels, crates, walls and the lighting, here is an up-to-date screenshot of the same scene, a knight in dungeon 1 (beta): 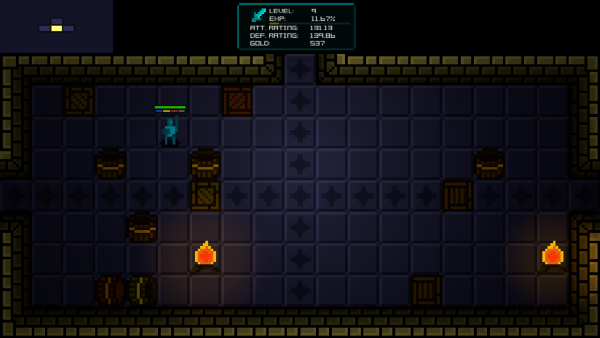 I thought it would be a good idea to start the Early Access after one year of development. As you might already know, the Early Access of Legends of Pixelia starts on April 15th -- that's next week! There is a preorder sale running at the moment, so if you don't have a copy of it yet, take your chance and get it for a discounted price on itch.io:

If you own a copy of Legends of Pixelia (via IndieGoGo or itch.io), you will get a Steam key once the Greenlight campaign is over. Please vote -- thanks! :-)

That's it for this time. Lets see how the Top 100 of April will behave, once the early access starts. Big news next time, stay tuned!