Every newly created hero in the new demo (B 0.50) will start the game in a tutorial stage. To help new players to get into the game and its mechanics, there are lots of info boxes with texts and images on them. 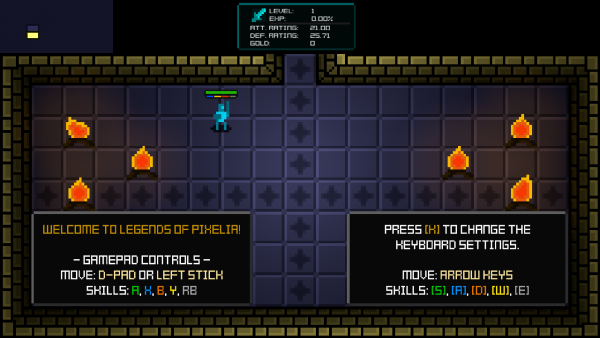 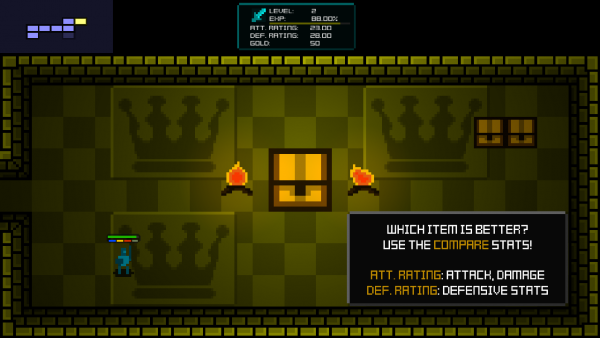 There is also a new mechanic called 'Skill Shields'. A skill shield renders enemies immune versus all incoming damage except for one attack. Once you hit a skill shielded enemy with the right skill, the skill shield vanishes. 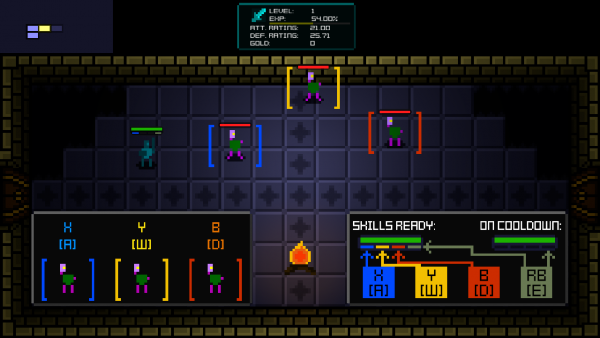 This enemy is immune versus my B-Button (red) skill, because it has a blue skill shield. The first hit with my X-Button (blue) will remove it. 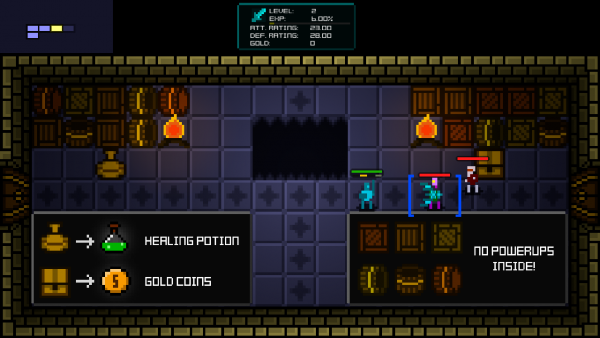 Note: Not every enemy has a skill shield. It's used mostly by super easy enemies and its design goal is to help players to learn how to use their skills in the early dungeons. :-)

B 0.50 Changes:
- Slightly reduced the number of rooms per stage
- Minimum damage taken (from enemies) now has a 2s cooldown. This supports gameplay with high defensive stats.
- Lowered the exp curve for heroes below level 80 (to gain level-ups faster)
- Added visual effects when collecting gold or being healed
- Added a short delay before being able to collect powerups
- Added a visual effect for every skill/ animation/ buff that grants Endu or Invi
- Stage 1-1 is a tutorial now (if your hero's level is low)
- New Enemy Buff: Skill Shield, can only be broken by the matching attack
- All Enemies: Rebalance
- Added a "brightness" value to the options menu
- The inventory menu is now more linear and easier to navigate
- The blacksmith menu no longer shows empty item slots
- Bugfixes...
*** Web ***
- Added a Highscore (Top100) that resets monthly: www.legendsofpixelia.de/top100
- The Top10 are displayed ingame
- Added a Daily Log that logs every score: www.legendsofpixelia.de/dailylog
- Added an option to tweet your score with a link to your Daily Log entry
*** System Changes ***
- Destroying all objects in a room felt like a chore to some players, two changes:
1) Crates and barrels no longer drop powerups
2) Increased the spawn chance for chests and pots (they always drop powerups)
- Dying in an endboss battle felt frustrating, because you had to beat stage 1 and stage 2 again:
1) You can restart a single stage now (from the "Pause" menu or the "Game Over" menu)
2) The score for evasion and best dungeon time do not reset when restarting a stage

The global highscore is displayed ingame on the main menu section. 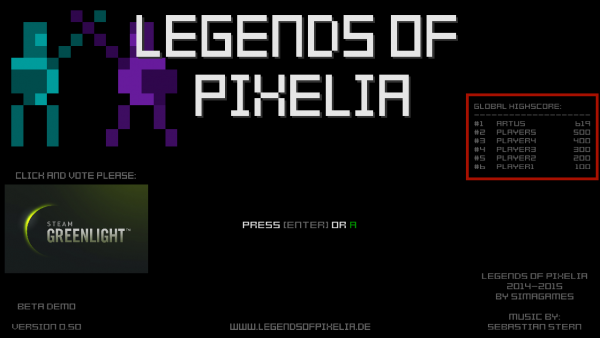 You get a score every time you finish a dungeon. Your score is high when you clear a dungeon fast and with a low number of hits from enemies. Also, finishing a dungeon now gives you the option to share your score via twitter. 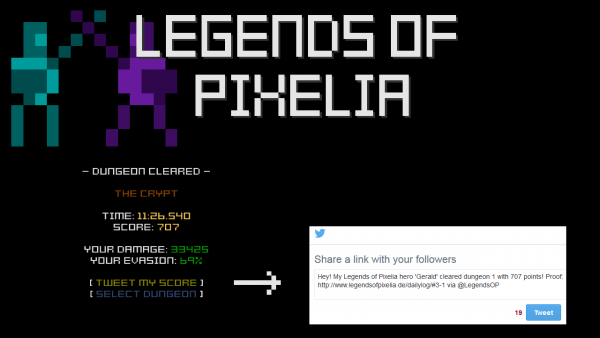 The predefined tweet contains a link to the Daily Log that contains every finished dungeon run for one week. This should prevent sharing a fake score. :-)

The IndieGoGo campaign is over, thanks to all supporters! Everyone with a "Beta Game" or higher tier will be able to play the Early Access version on April 15th. If you missed your chance to get a copy of Legends of Pixelia on IndieGoGo, don't worry! You can preorder it now in itch.io:

Thanks for following. I hope you enjoy the new demo version. Try to beat my (mediocre) highscore of 707 from the screenshot! Dungeon 4 is coming along great, more info on that in the next news. Stay tuned.