Some major changes, additions, and revisions are being made. Don't miss out on all the info!

It's been a while since the latest news post, so consider this an early Christmas gift (if you don't celebrate, then consider it a gift in general ;) ). There are a few things on the list that I'll be going over in this update.

First off, I'd like to thank the community for all the support. Legacy Era: Second Imperial Civil War has had such a warm welcome here and I really appreciate everyone's support and help along the way. Recently the mod has reach over 600 Moddb ‘watchers' and is less than 10k away from 400k hits! So thank you all. If you really like the mod, you can show your support by voting for it to be in the top 100 mods for Mod of the Year. That would be awesome if that happened! It's never happened before-will this be the first time? It's up to you ;)

To vote, there is a button above the images preview on the mod profile's main page: all you have to do is click it! It's easy to do, so vote for more than one mod!

Something that I will be doing before the mod's version 1.0 release in February is updating the profile here on Moddb. As you can see, I already started to do so, but it is not near the look I desire. You might have noticed that the unit list is gone; don't worry, it'll be back soon! It will be in a different format, located in the ‘features' section (the section I haven't touched yet). Each faction will get its own section in the ‘features' area, providing details about units, heroes, government, etc. I also plan to add further information as time comes, like things about galactic conquest and other game modes.

Recently, the majority of new units that have been added have not been for any of the three major factions. More of the ‘big 3' will come soon (well, at least the Krayt Empire and GA Remnant-you'll see why shortly). The purpose of doing this is to add variety, realism, and life to the galaxy by trying to portray it as it really would be: not just a few big players who have all the ‘toys', but lots of smaller yet still powerful parties as well.

Okay this is the last section before pictures, I promise. Maybe. There are a few necessary changes that I am making in order to prepare the mod for its version 1.0 release. Perhaps the most major one is the status of the Confederation Revenant, the third playable faction. Their playability may not exist much longer. I assure you that I have good reasoning for this (not that it really matters either way). In order to fit into the timeline of release, the Confederation will take too much time to test and balance. I am still focusing on the GA Remnant and Krayt Empire; they are much more important anyway. I want to make sure they are as flawless as possible. Don't worry though; you'll still see the Confederation and all its awesome ships. In Galactic Conquest, their units will be present in many systems planned to be aligned with the faction. The main difference is that you can't play as them, only the AI can. Also, I have no model to use for a new starbase as well, and I don't want to use the Consortium station. Sorry to disappoint, but it's necessary and worth it.
I lied about that being the last section.

So, you might have been wondering: if there is no ground combat, what use would there be for transports and shuttles like the Crix and Nune shuttles? No, you weren't wondering that? Oh okay, I guess I won't tell you then. If you want to guess, go ahead :P. First person to get it right gets a cookie.
I lied about that too. 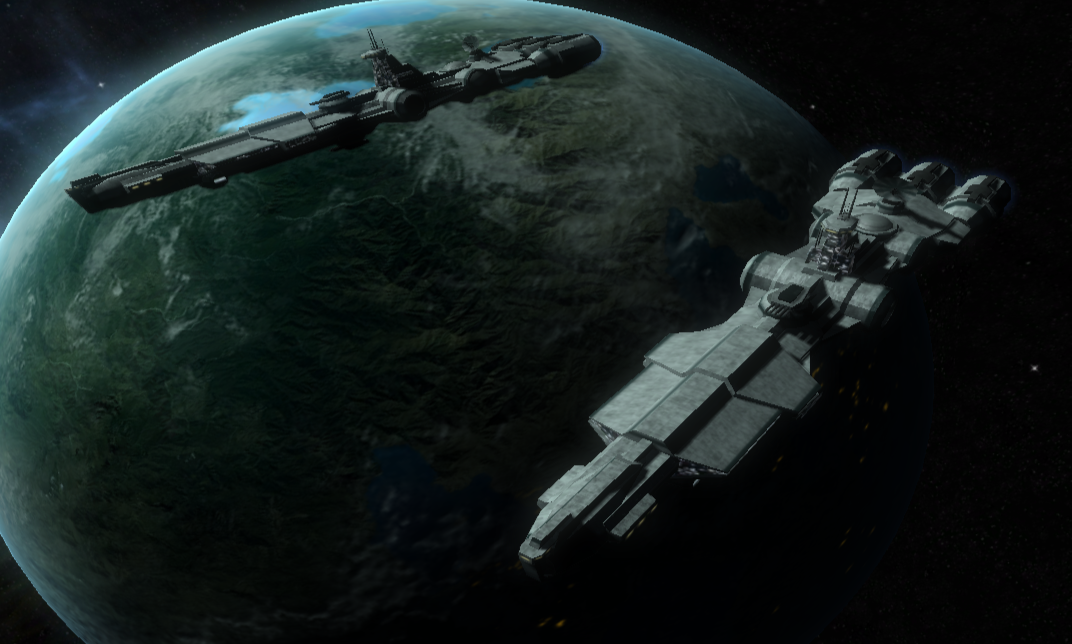 Closely related to the CD-710 Destroyer used during the Vong Era and earlier, the 850 is less threatening. It uses the same basic frame but with different systems (weapons, engines, shields, etc.). Relegated now to more of a defense and pursuit role, it has faster sub-light and hyperspace speeds (class 0.8 hyperdrive for rapid response) and lighter armor than the 710, maintaining modestly powerful shields. Its destructive capability is not on par with a Pellaeon or Scythe, but is above that of a Bothan Advanced Destroyer. The CD-850 is armed with 2 quadruple long-range turbolaser turrets, 4 heavy ion cannon batteries, and 6 heavy turbolaser batteries. It carries a powerful fighter complement: 2 YT-5100 and 1 YT-7200 Shriek Bomber squadrons, 3 MAF-300 and 2 HAF-600 squadrons. Overall, the CD-850 is a highly-maneuverable, well balanced vessel. Credit to the_Farseer and evillejedi. 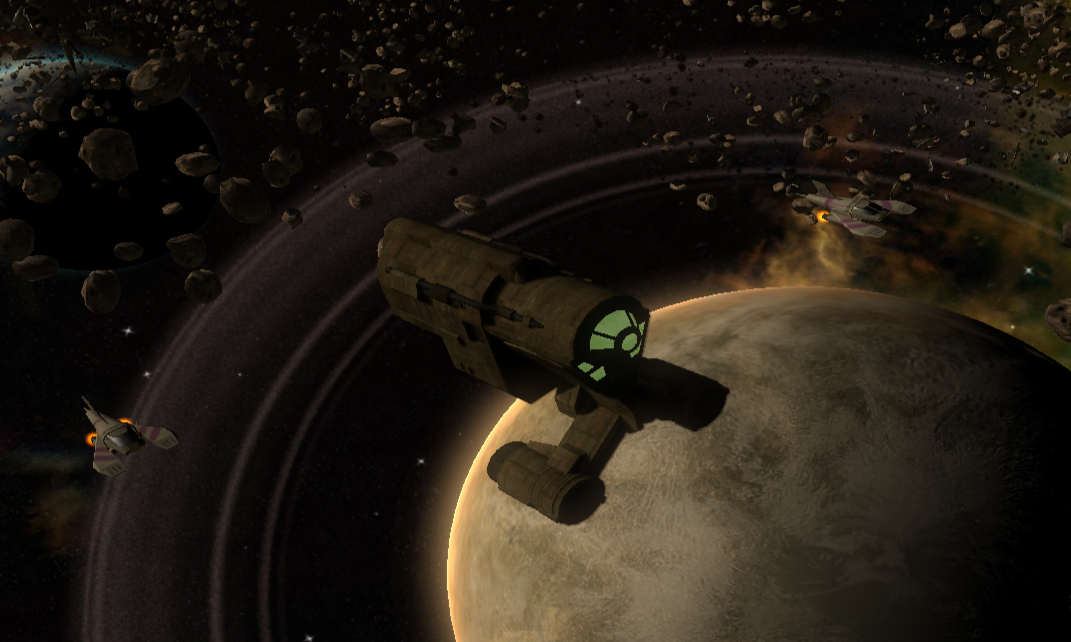 This freighter has two oversized engines, providing excellent atmospheric thrust and high speeds in space. Its hyperdrive is a class 2.0. The ship does not have high cargo capacity, and is more of a long-range shuttle than a true freighter. For comparison, it is similar in size to the Crix-class Assault shuttle. Its weapon systems contain 4 heavy laser cannons, one mounted on either engine pod, and one on either side of the cockpit. It is often used by smugglers, bounty hunters, and independent parties who don't need large cargo carrying capability, but instead require a fast, heavily armed transport. Its armor is not very strong, but it has moderate shields. These are a common occurrence in many systems galaxy-wide. Thanks to Warb_null! 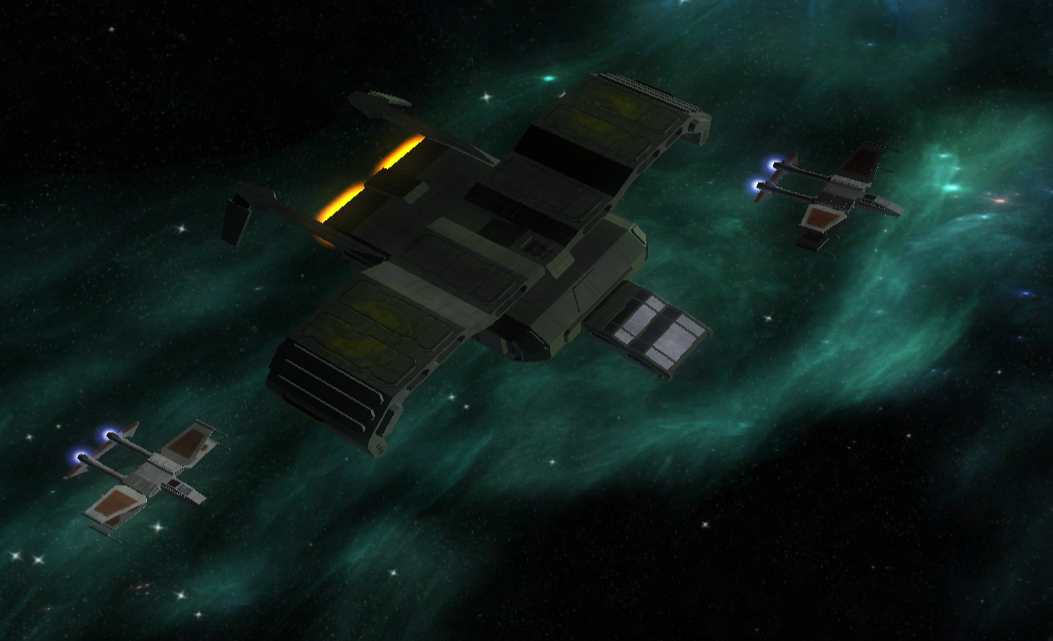 A GA Remnant craft, the Jedi Shuttle's main body holds two decks: the upper one contains passenger rooms, while the lower one serves as a cargo hold or a hangar. The J-1 come equipped with 2 medium laser cannons. It is not particularly fast, due to its heavier armor. Power can be temporarily transferred from its powerful shield systems to the engines to escape enemies, or to its weapon systems to destroy them. Interestingly, it also carries a single X-83 Twintail Starfighter in its large bay, for protection. This shuttle is dangerous, but don't let the enemy take advantage of its slower speeds. Credit to Warb. 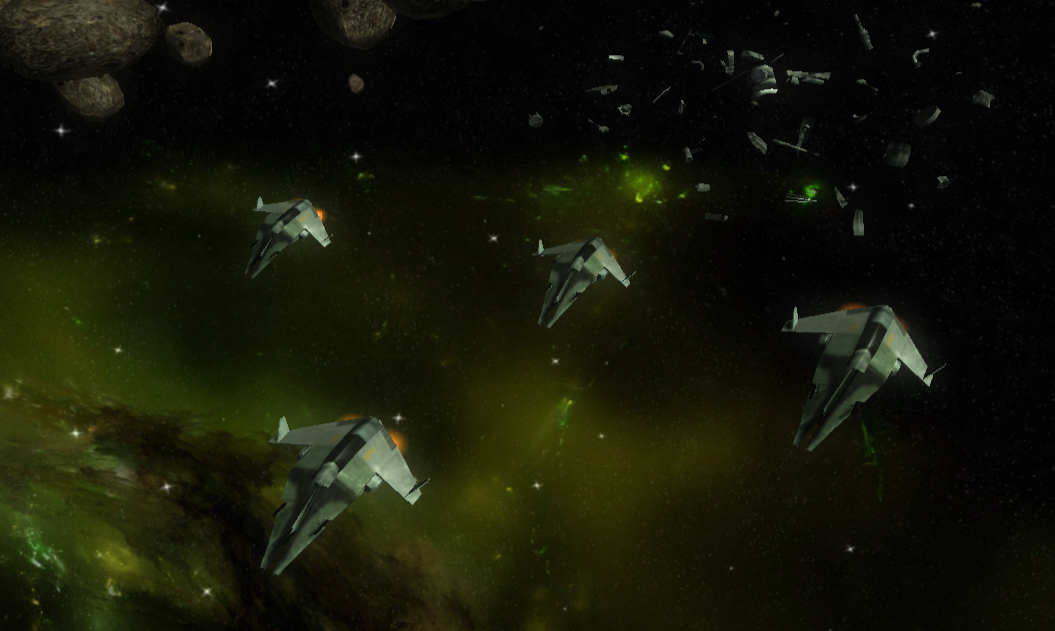 The Gladiator is a mainstay of the Mandalorian fleet, especially aboard the Kandosii II Dreadnaught. These fighters are expensive, but well worth it. It has been upgraded from the older version and contains its own nav computer, no longer relying on a Pursuer-class Enforcement Ship. Weapons have been modified as well. Well-armed, it has 2 medium ion cannons and 1 rapid-fire triple laser cannon. The Gladiator was more maneuverable than an E-Wing when first produced, and now it maintains similar capabilities. With high combat speeds, it can outpace most fighters. Strangely, the armor is not very strong (in comparison to the Bes'uliik Bomber), but its shields compensate for this. Traveling in packs of 4, they make for deadly enemies. Credit to the_Farseer and Mobius13.

So, that sums up this news article. Don't forget to show your support by voting for the Mod of the Year contests! You can vote for multiple mods, so pick as many as you'd like-just make sure Legacy is one of them ;). Also, please vote for Yuuzhan Vong at War (YVaW), where Burntstrobe took me aboard as one of its founding members quite a while ago. If you don't remember, Burn has provided a ton of high-quality nebulae and planet textures for Legacy. Spend some time browsing the images here and at YVaW if you have the time, to see all the work that has occurred over months and years. Thanks again for all your support! I look forward to release day on Groundhogs Day 2013.

Are there any plans to make the Revenant playable in later releases?

Still, the mod looks superb. Keep up the great work!

Thanks! Yes, post-release I will work on putting the Revenant back in as being playable. That will be one of the first updates.

Totally love the look of that Corellian ship ;-)

LOL. I love what you put down about ground combat and the shuttles. XD
Anyways, keep up the great work!
Now I'm going to go eat a cookie =p

I wish there were ground forces too! i love the mod so very much either way! also question why is the corellian destroyer so useless?! its got the guns but just dsnt use em? perhaps this is a bug

Yeah that was a bug too. The Destroyer is removed for the next version, so that solves the problem ;)

May I use that CD-850 Corellian Destroyer model for a mini mod that I am making? (And, If you have, the CD-720) I realize that I will have to ask the creators of the model for full permission, but do you know where to contact them? or can you do so for me?

Any help will be greatly appriecated, thank you.