I've been spending quite some time, updating my custom tools and editor extensions in order to keep them compatible with the changes I've made to some game mechanics and game logic managers that I've modified rather heavily for 2.26. Therefore I haven't had very much to post about... well except mentioned editor updates but I can't quite imagine that it would be very interesting for the common player.

But in any case, 2.26 is closing in, I'm currently bug and play testing the game thoroughly and fix old and new issues as I go. New game mechanics are up and running and old ones have been and are still beeing updated! I've also spent nearly two weeks doing pretty much nothing else than optimizing world collision data and code optimizations for the game mechanics that consume the most memory. For the world collision optimizations I will probably need another few days to have fully optimized all world chunks/tiles. 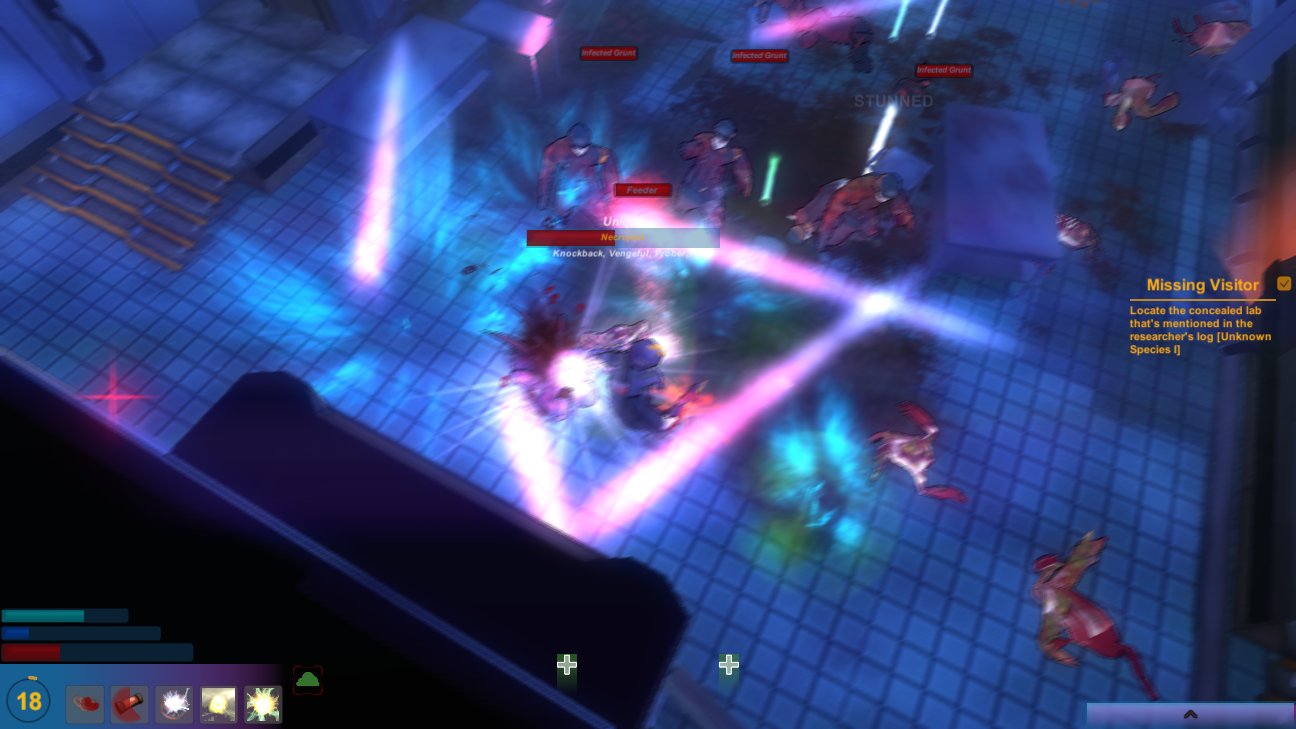 Another thing I've fiddled with for 2.26 is game balancing, primarily regarding the game difficulty setting. Without going into detail I can say that it's more adapted to the length of the game than it was before, also the item generator now calculate item tiers determined by the level of the monster or loot that was opened/killed instead of the player level. The new way of calculating item tiers ensure that the player can't go back to the first map where monsters are of level 1 - 6 and still loot items of high-rated tiers.
A minor set-back with this approach did appear though, as the level of monsters in one map may vary individually I noticed that there usually is three item tiers that may drop within the same map. This turned into a headache when looting consumables that stack as I soon discovered that my inventory was full with health vials of various item tiers. 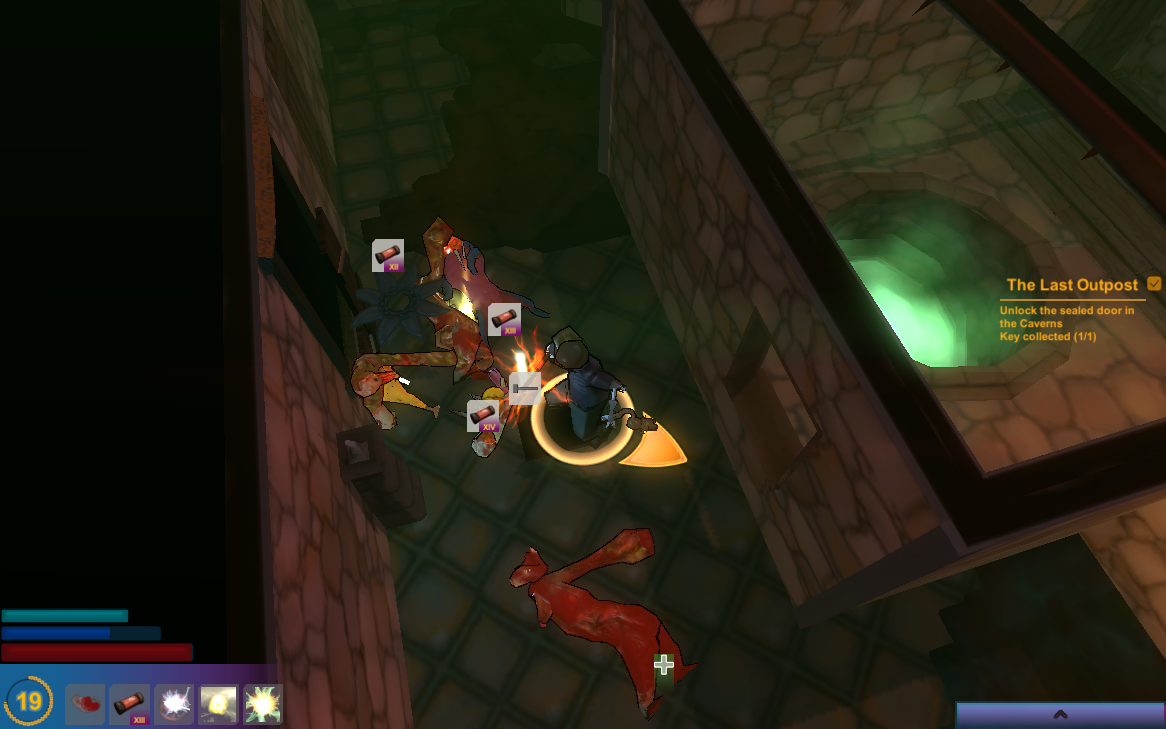 In order to get around this obstacle I added a small text on each item icon that present the item tier in roman numerals. I chose roman numerals in hope that the number should not be confused with the item's stack size.

Some new visual updates has been made aswell, as I spoke of earlier, the character splatmaps that are applied to monsters as they get killed to splash some blood on their bodies- available if "Enable Gore" setting is toggled on. 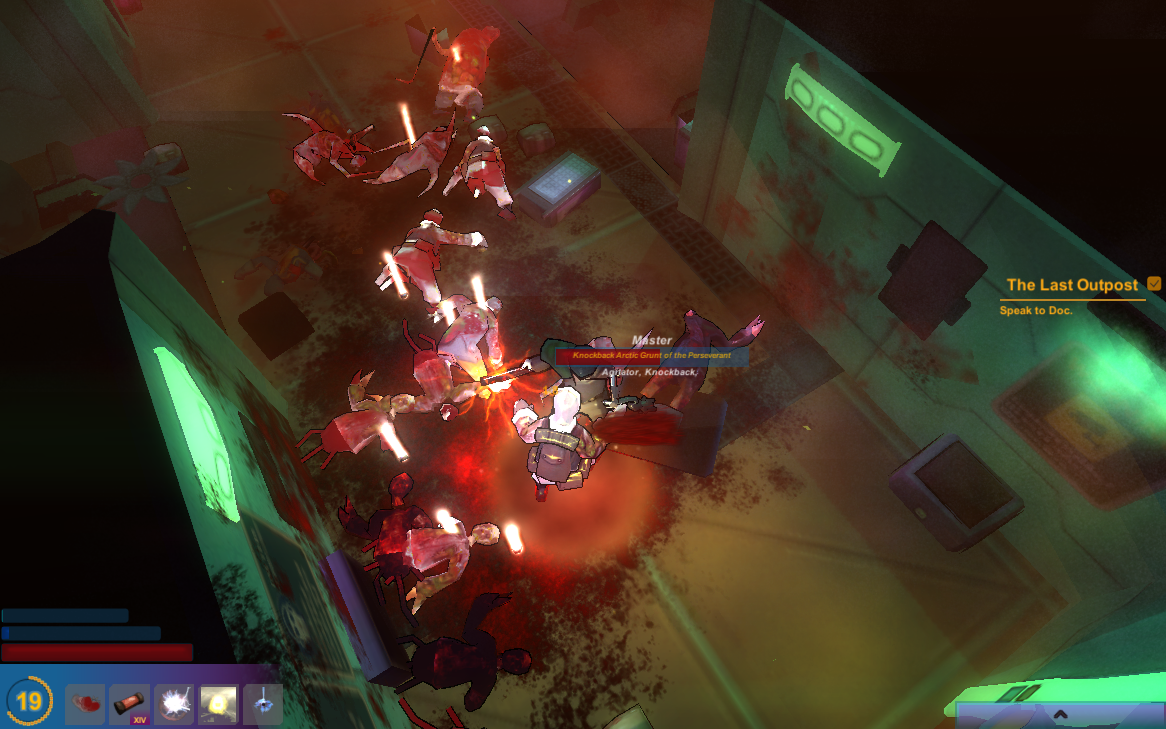 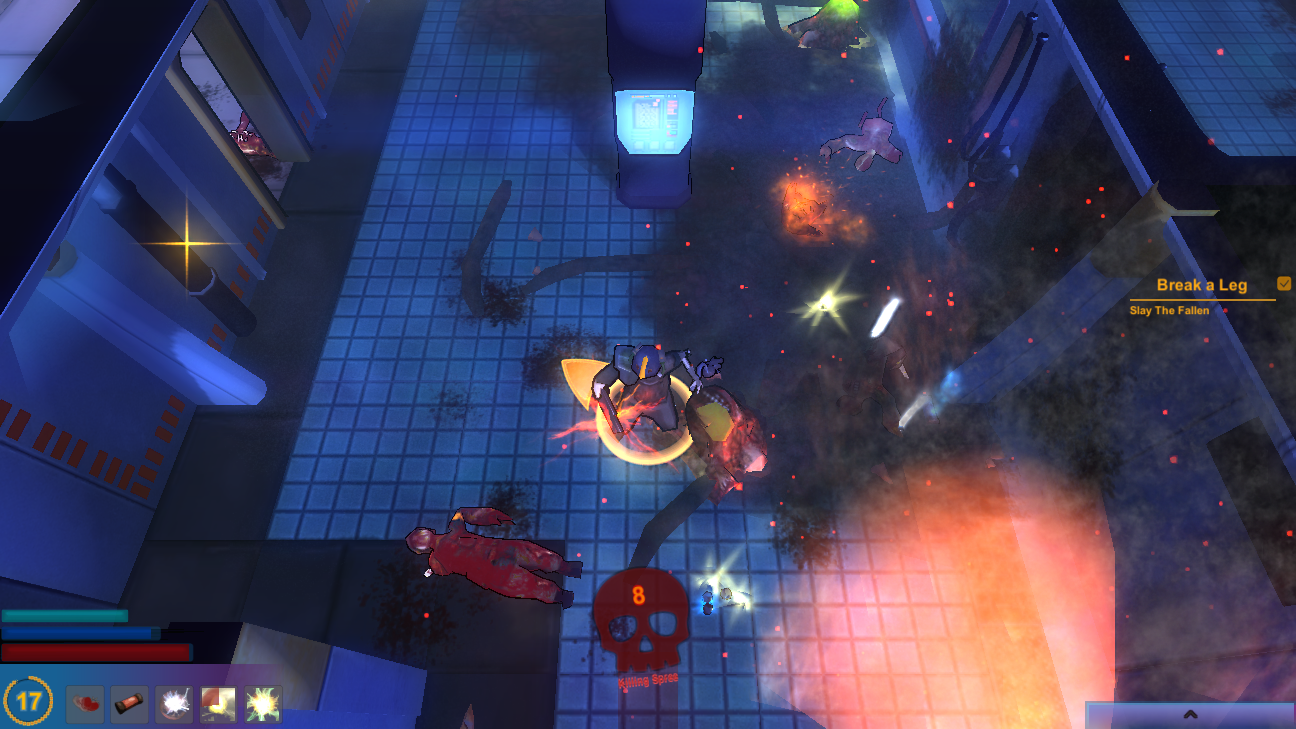 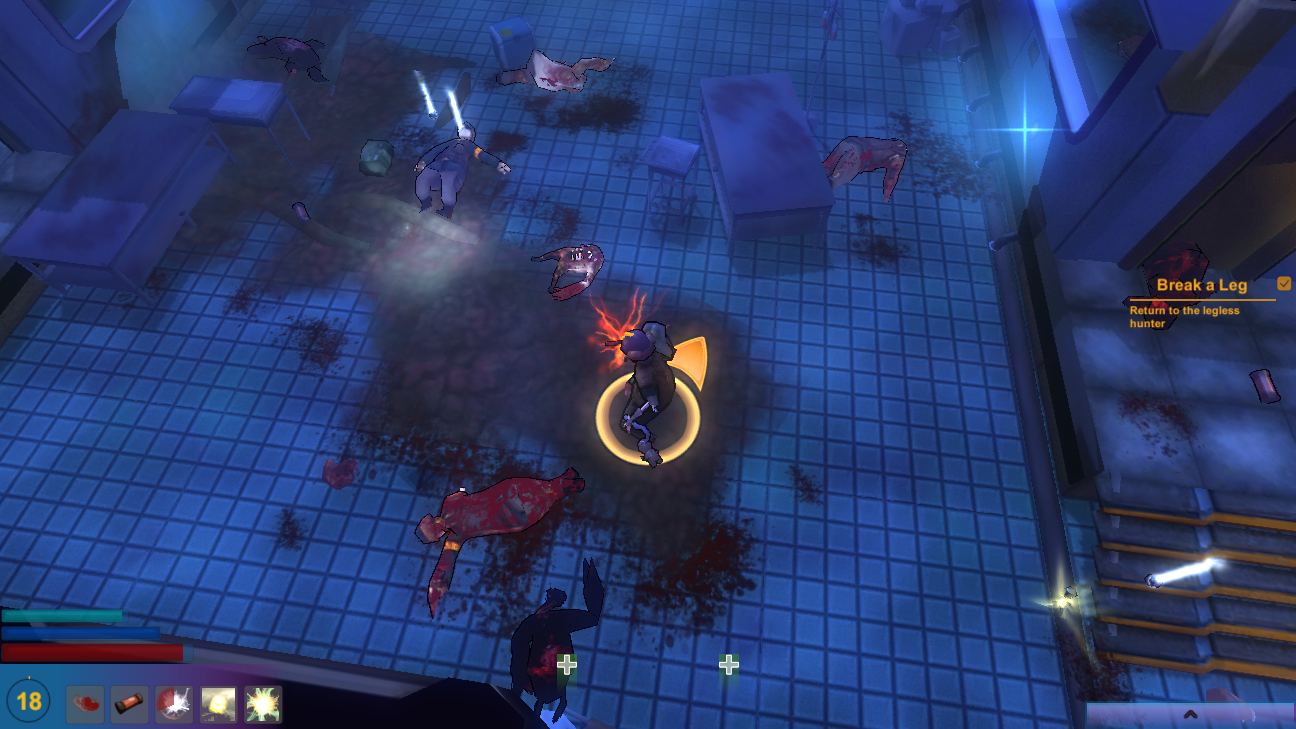 Also pay attention to the strong light sources in the images, as the bloom image effect is now generating anamorphic lens flares. 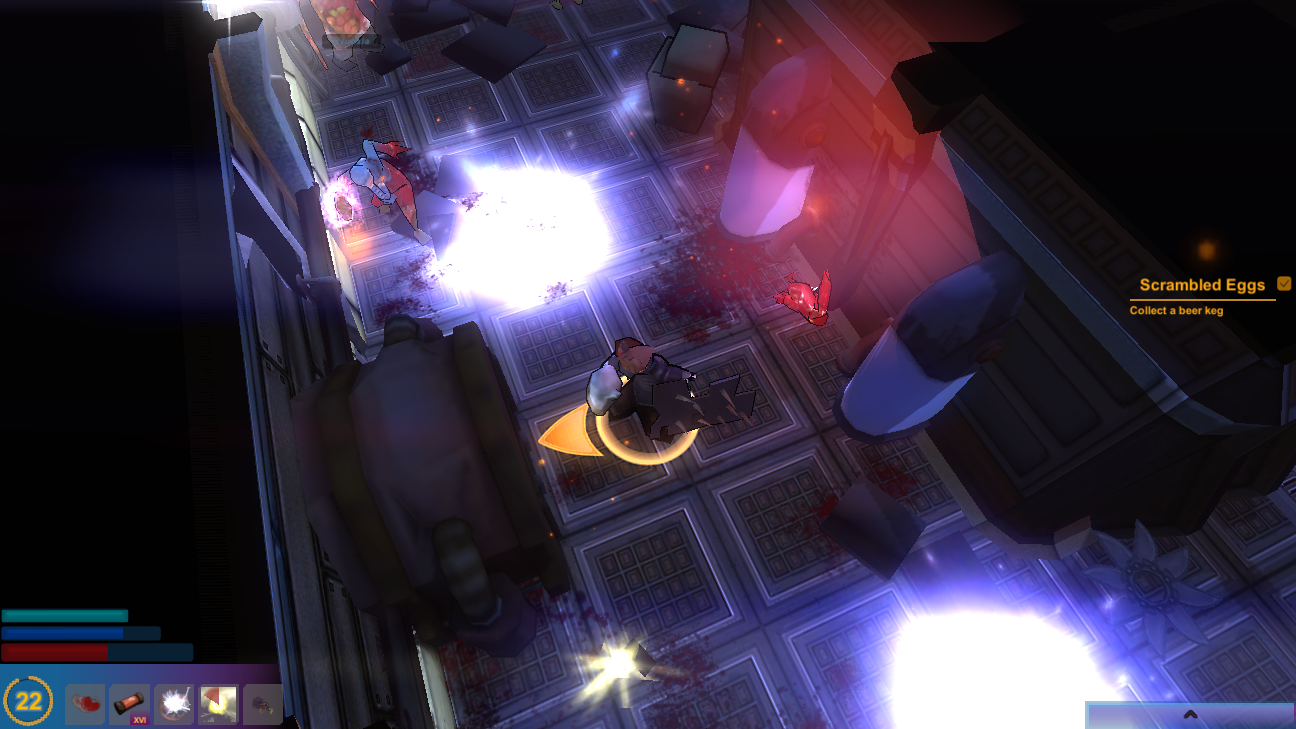 There are also alot of world events and boss encounters that I have planned to modify for v2.27, but I've actually already begun to change a few of them. Just to spill some examples, the Necromancing mission's boss encounter as mentioned in my previous article, and also the Machinist boss encounter has been redone. And as I felt that the Machinist model and animations were of too crappy quality I went ahead and created a new Machinist boss. The Machinist now also have the ability to jump into vent shafts to regain some health. 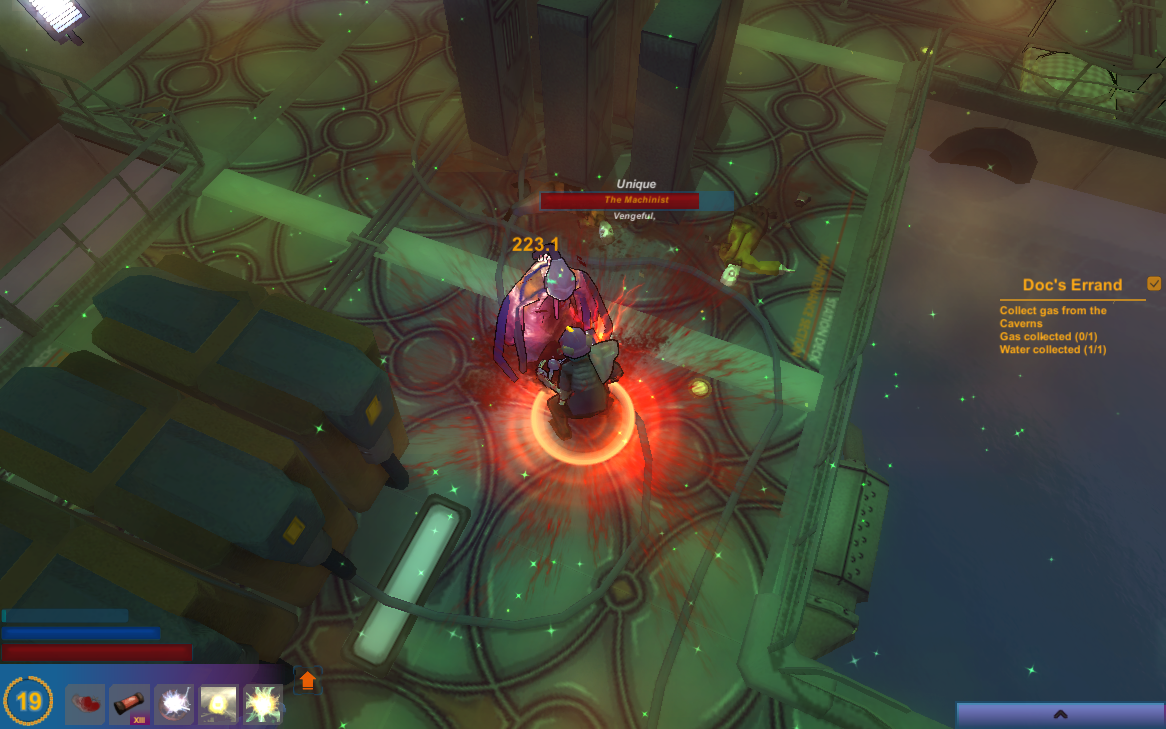 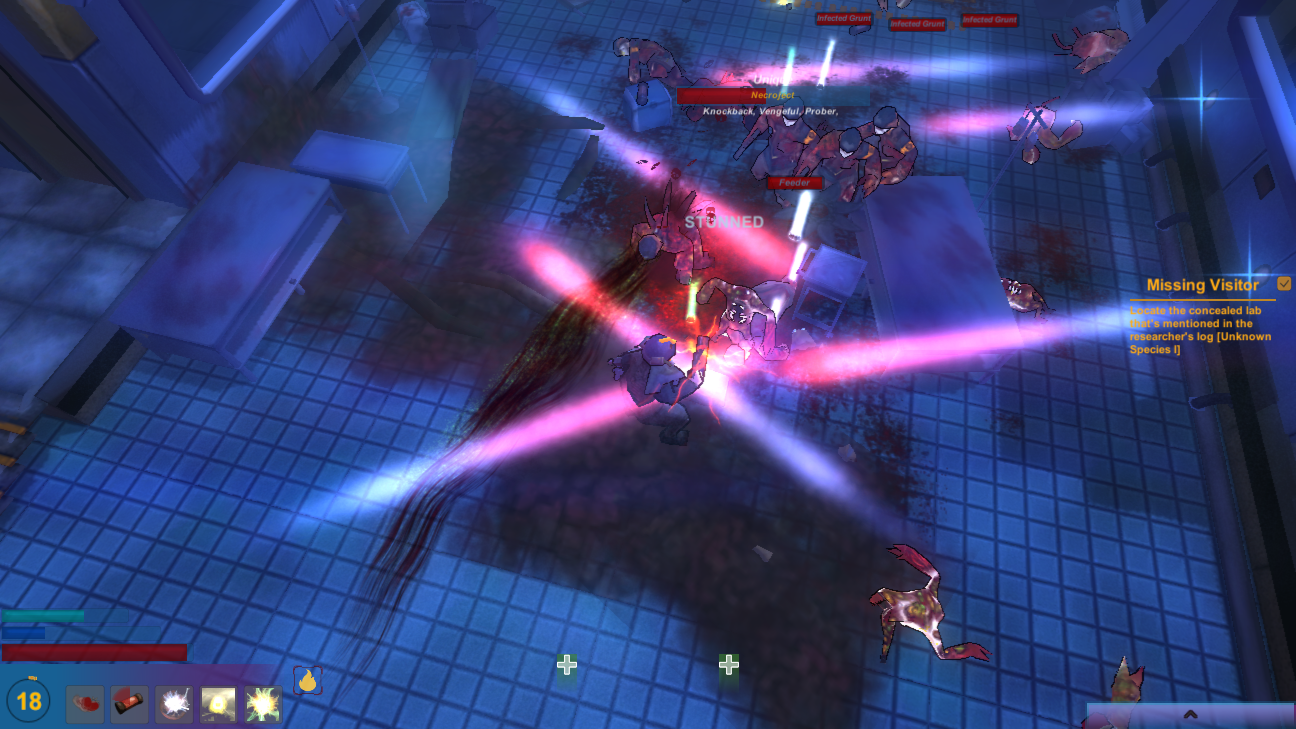 There's currently 12 new achievments implemented, I still have a few to add before the release though. Do note that for 2.26 achievments may now hold alot more restrictions than earlier. Previous versions of the game forced each achievment to have 6 restrictions or less, while it currently may hold up to 20 restrictions. (Restrictions are achievment goals/stages/phases.) 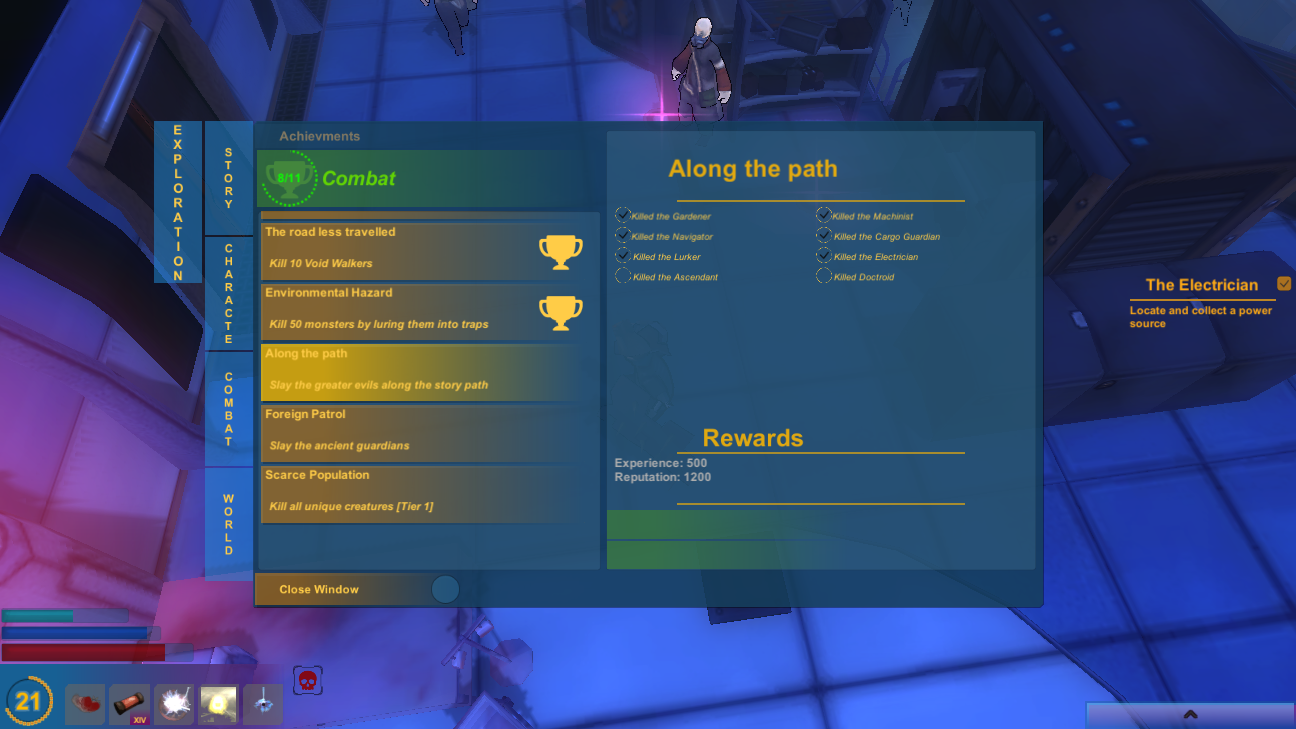 As mentioned in earlier posts regarding the 2.26 release lots of new game content awaits. I still need a few weeks to get done with all planned optimizations and update/implemented to remaining content of this game version and to ensure that everything works properly (aswell as make sure that old character profiles remain compatible.) But I dare to say that 2.26 is not far from done!

Another note, regarding the UI is that the game now gives a more clear hint of a character level up as can be seen below. 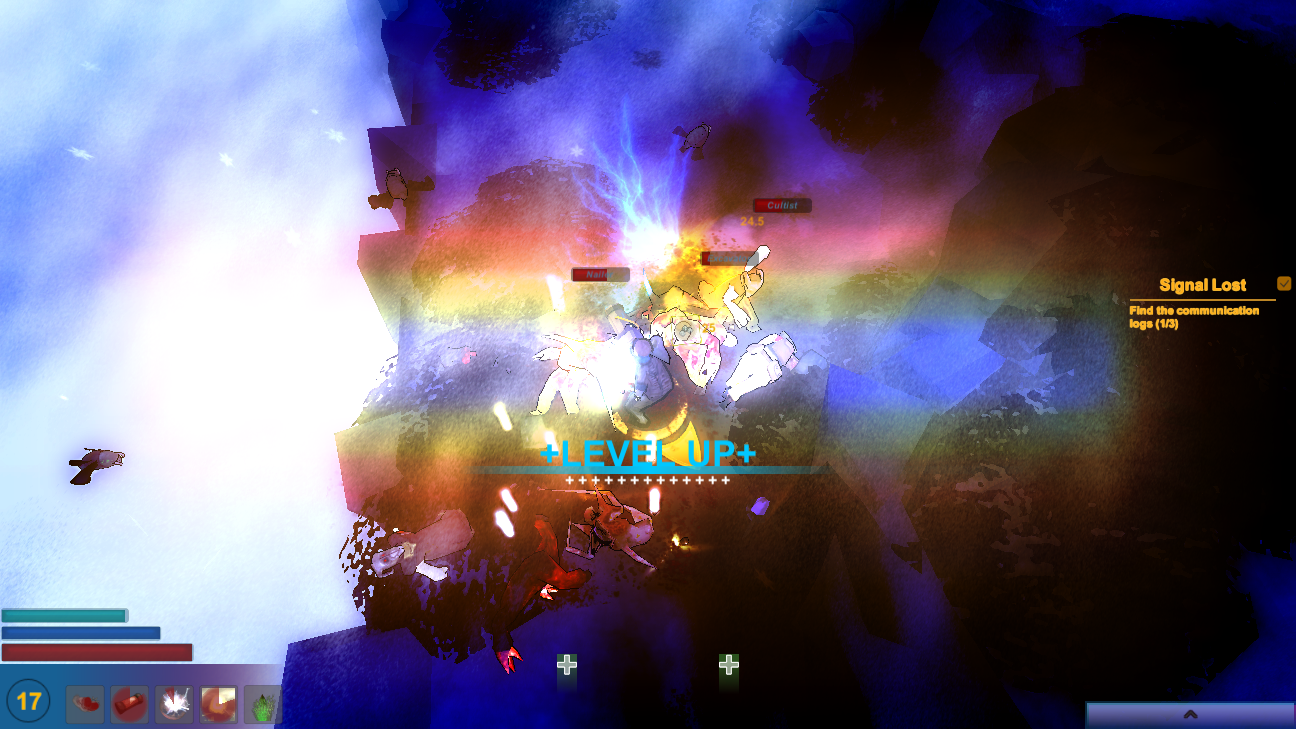 I think that I spoke about the update log in an earlier post and the fact that I was about to start posting it on LBKR's website with more or less live updates but I can't recall ever telling anyone about it beeing done. In any case, I have begun to post the updates on the website on a weekly-ish basis so if you're interested to check out the log with all updates and bug fixes this far go on and check LBKR Update Log. (2.26 current progress: 401 Updates/Changes, 127 Bug Fixes)