Progress is going on as strong as usual with LBKR, although I haven't felt that there's been much to show up until now, as alot of time has been spent on bug fixes, coding the final boss behaviour and creating world chunks for the final chapter, which has already been shown in previous posts!

For the moment nearly all mission-related world chunks have been prepared for the final chapter, aswell as ~35 regular chunks- including new secret areas and randomized world events. All maps already implemented in the game have been set up with the new decal system (replacing the previously used, physics/mesh gen-decal system I had created.) and as far as I've been able to see this far it's had a positive effect on game performance and memory consumption. 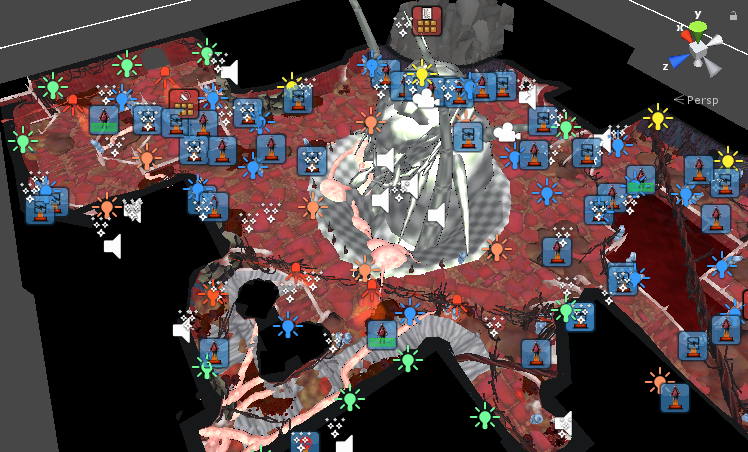 While still speaking about maps, one of the void-rift maps currently implemented, namely the "SX0 Exterior" will be unavailable as of v2.28, the map's been out of date for quite some time and I feel that in order to have it work properly with some new missions I've added I want to recreate it from scratch. 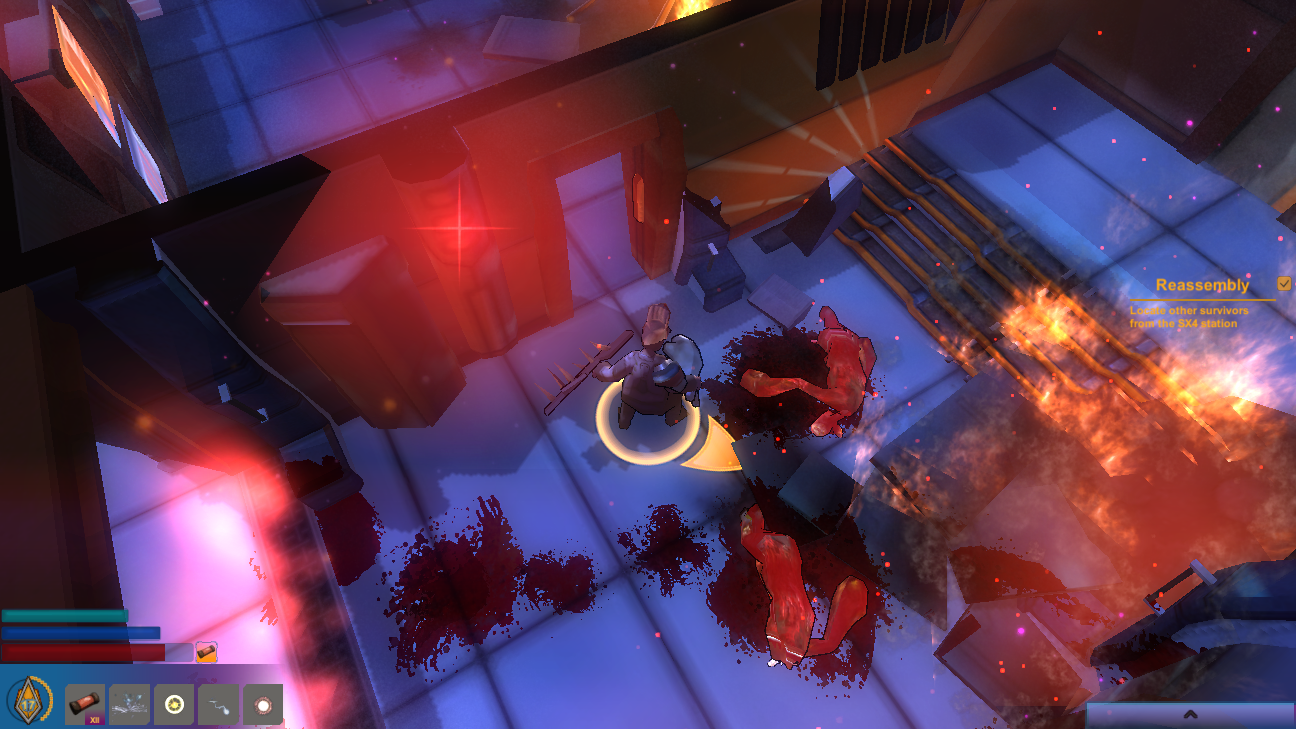 Some changes made to existing stuff include the character stats. A skill used to calculate the likelihood of evading an attack in earlier versions of the game, "Dodge Rating", has been removed. As of 2.27 this skill was rendered useless as all attacks were modified to use collision detection for hits and a new input was added called "Dodge", allowing the player to perform a dodge roll ( or a warp if playing with the 'Cryptic' player class. ) 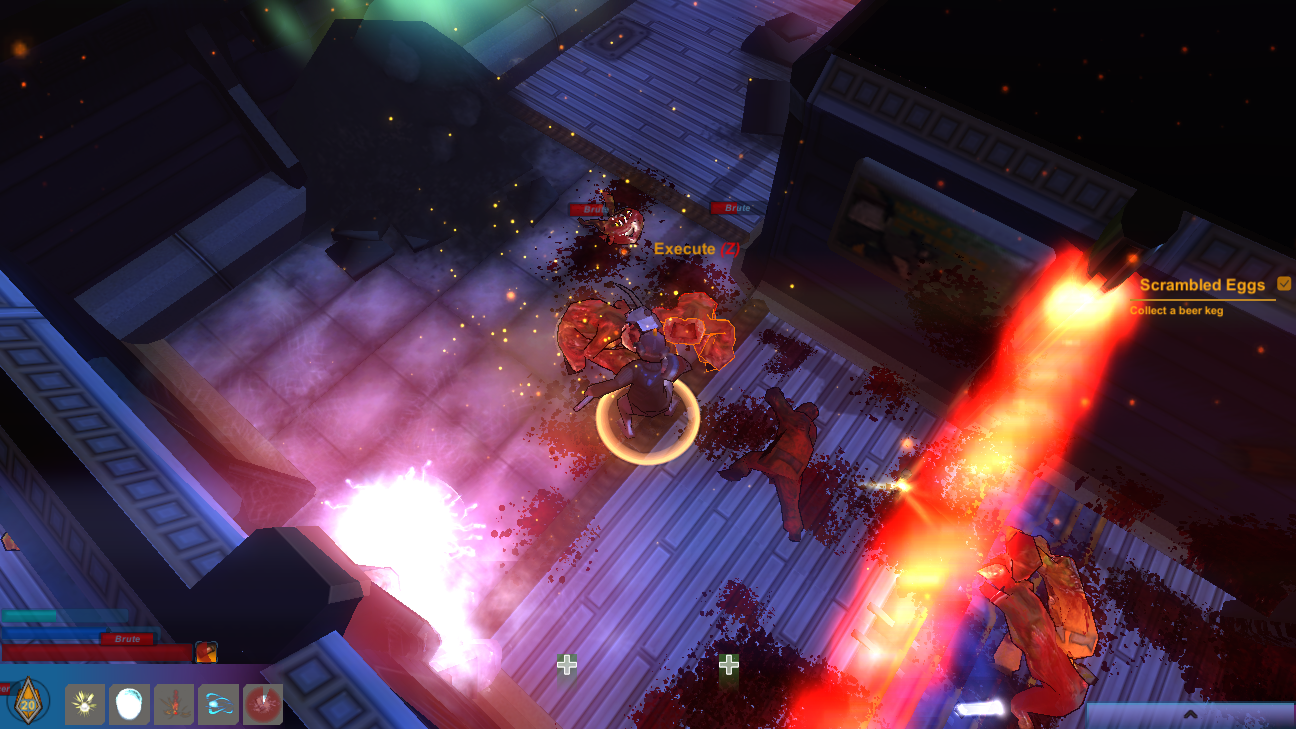 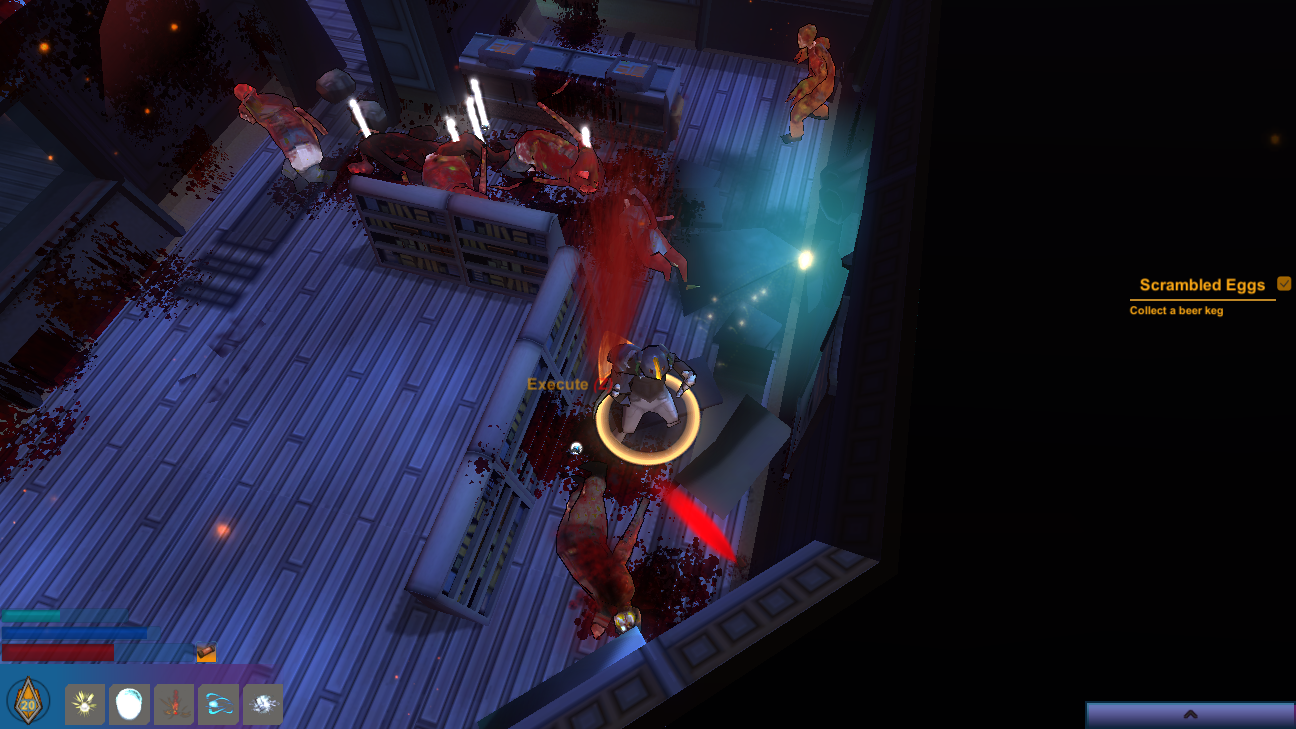 A new skill has been added to the game called "Ranged Damage", and will as the name implies, affect the character's damage while using ranged attacks/weapons. As more player classes are beeing added to the game I'm noticing that alot of the player's attributes feel unclear and that it might be difficult to know which ones to focus on for a certain character so I'm trying to plan for an improved attribute list, and the ranged damage skill is a first step.

Some issues reported in earlier versions will be fixed for the next release, some of these are as follows.

I'm also making some adjustments to the background, story and lore of LBKR- this will most likely not be fully finished until the next release as alot of content has to be updated, the changes are intended for the alien "Forsaken" creatures, that in the current version of the story inhabit the planet and seem to live unaffected by the parasite that is infected almost all humans on the IGCC station.
I've never been quite satisfied with the appearance of the Forsaken though, and I feel like they're quite.... random? Anyways, they will still appear in-game and while their background story will remain more or less the same, they will now show signs of infection aswell. My idea is to make them appear more evolved than the infected humans, since the Forsaken inhabited the planet alot earlier than any humans did (although, hidden in caves deep beneath the surface.) and were infected earlier aswell. 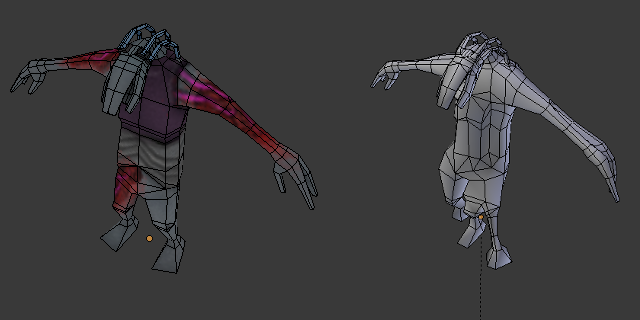 I've begun remodeling the characters and this far I'm more pleased with them, they feel more like LBKR-monsters to me than the previous versions of them, in the picture above you can see a comparison of the old Ranger-model to the left, and the new edition to the right. Unfortunately this will take some extra time to remodel, animate, rig and re-implement each monster of the Forsaken faction but I believe that it'll be worth it!

You are awesome! A true artist!
Re-creating entire maps and creatures is an amazing feat. Most developers won't even do that!

When you model, do you create lowpoly models from the beginning?

Keep up the hard work!

Yes, I usually draw some rough sketches of my monster ideas and then create the ones I like the most with Blender, and only low-poly meshes from the start, as I draw all textures manually, and that most characters in-game don't use any specular or bump maps I haven't really found any use of making a high-poly model. :)

Great workflow and sound optimized! That is exactly how I would try to create assets as well. do it quick with low-poly models and draw them by hand.
I wonder if you could do a speed modeling video so developer noobs out there can see how to create simple functional models?

I think I should be able to do that, not sure exactly when I'll have time to make it though but sometime in the near future atleast. :)

No hurry, just wanted to see your techniques on low poly modelling.