A low poly survival game in mid-air that is created by two people! In this update: Food, Cave, HUD, Day/Night cycle and some more.

Hello every body, there are some things going on since the last update!

We decided to make every week a new blog and we both wanted a own part in it. This blog is about the previous month. We decided this because we want to tell and show you guys what's going on.

The upcoming blogs are going to look like this:

We are working to make the cave accessible. The main thing is to explore the cave and find some intresting items and other stuff.
Pictures are comming soon.

I have also worked on the HUD and make some survival bars of course. Those are currently in it:

The Health and Food are currenlty working the water not yet.

I also worked on the food system to pick up food get it in Larry's inventory and let larry it eat. The hungry it self is slowly decreasing and the health also if you are too hungry.

I have worked on the day night cycle and maked it more realistic. Here is a preview:

Next week i want to improve the inventory system and fix some bugs and some other stuff. You can see it in the upcoming blog ;). 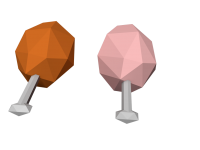 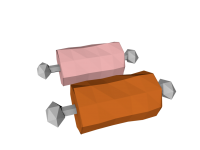 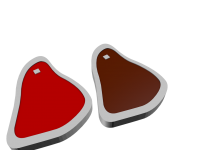 I alse worked on the cave and everyting in it so larry is possible to do some things.
I have created:

Thanks for reading! You can track our game so you get a message when we add some stuff!