Ever wonder where all those wasters are coming from? Well now you know! These things are procedural as well. These floating mini fortresses will give you a hard challenge. So please, don’t go there until you're armed to the teeth and have med packs for days. Loot can be found inside. Dead Wasters will also drop their backpacks.

Super insane patch today! You guys just flooded the forums with problems or maybe it was just one guy posting a lot…? Either way we had our work cut out for us! It takes a lot to build something but takes even more to fix it afterwards. Things we missed from the forums are still on trello, so those fixes will be included in P4 (This is P3)

So before we get to the fixes, here are the new things.

Replacing the speck that was on the ground that barely illuminated a hallway. This newer model looks more closely to the aesthetic style we want to have in Landless. The lighting on it has also been increased. This item can be crafted and placed in your custom built homes. 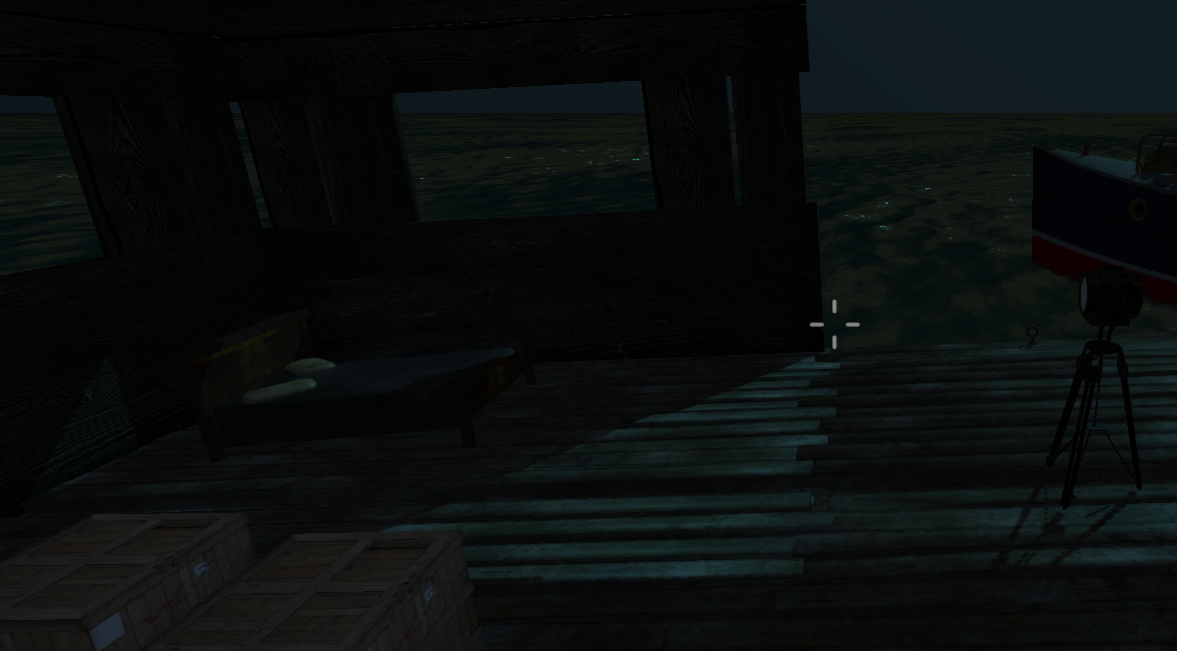 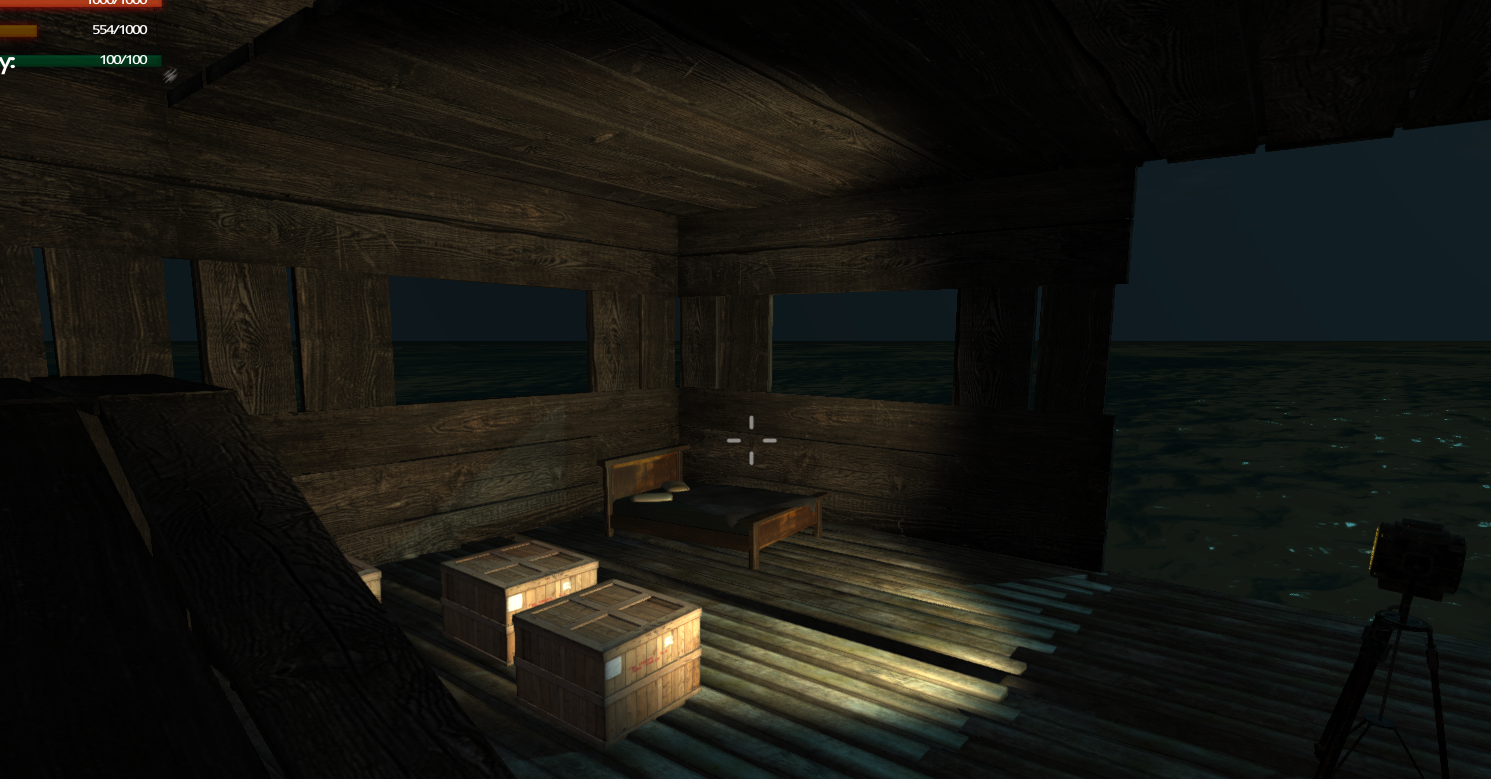 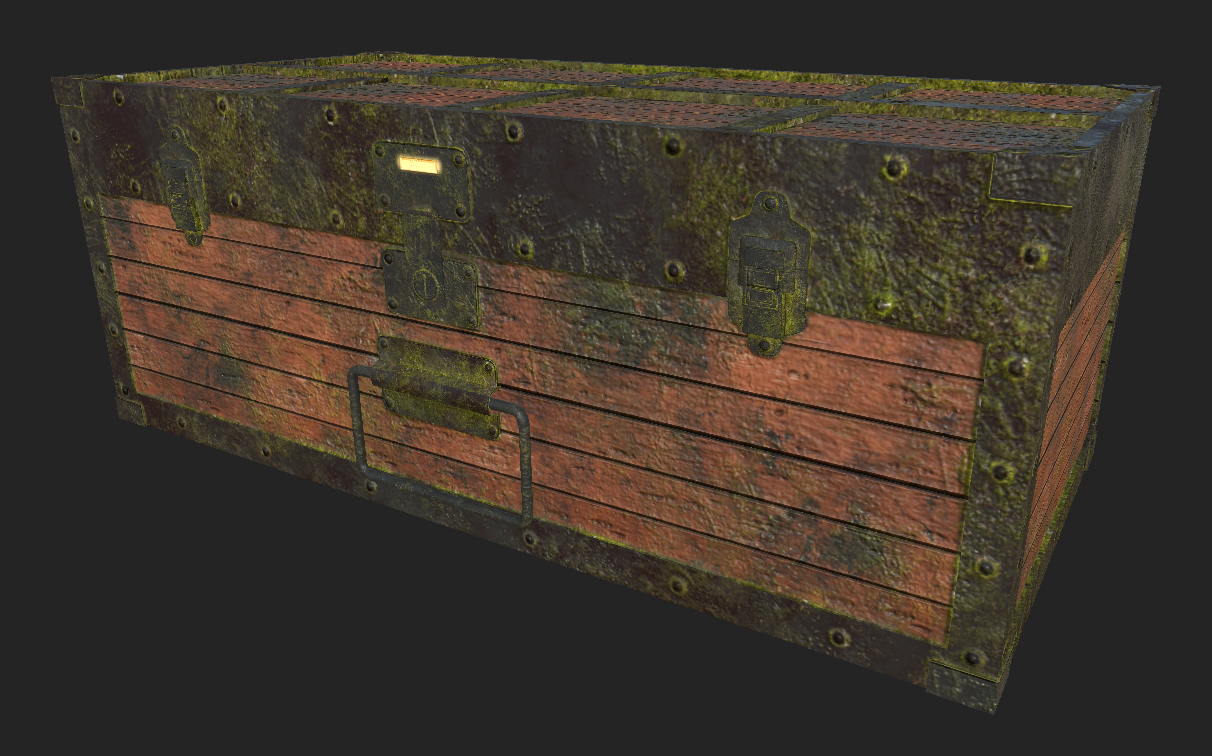 We’re going to start looking at how to start making looting more interactable. So in the meantime we have introduced these new boxes. They also replaced all current floating loot we have in the game. Replacing the wooden crate, wooden barrel, enemy buoy, neutral buoy, driftwood, and derelict rowboat. Don’t worry we will be adding more floating loot (From our own team) to replace the old content we removed.

Loot boxes have small lights on them to indicate the rarity of the contents. 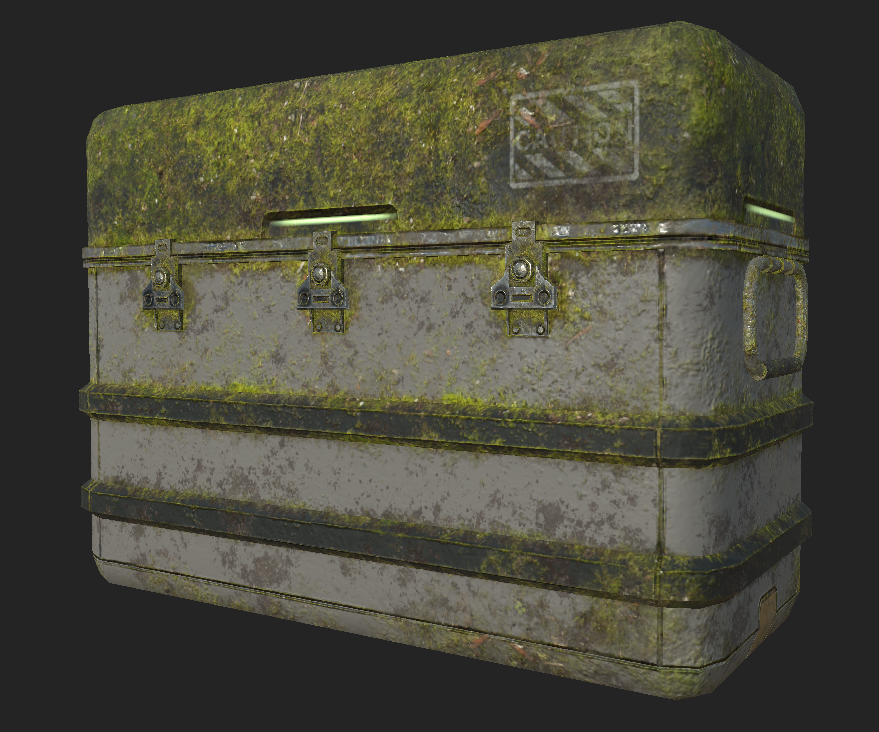 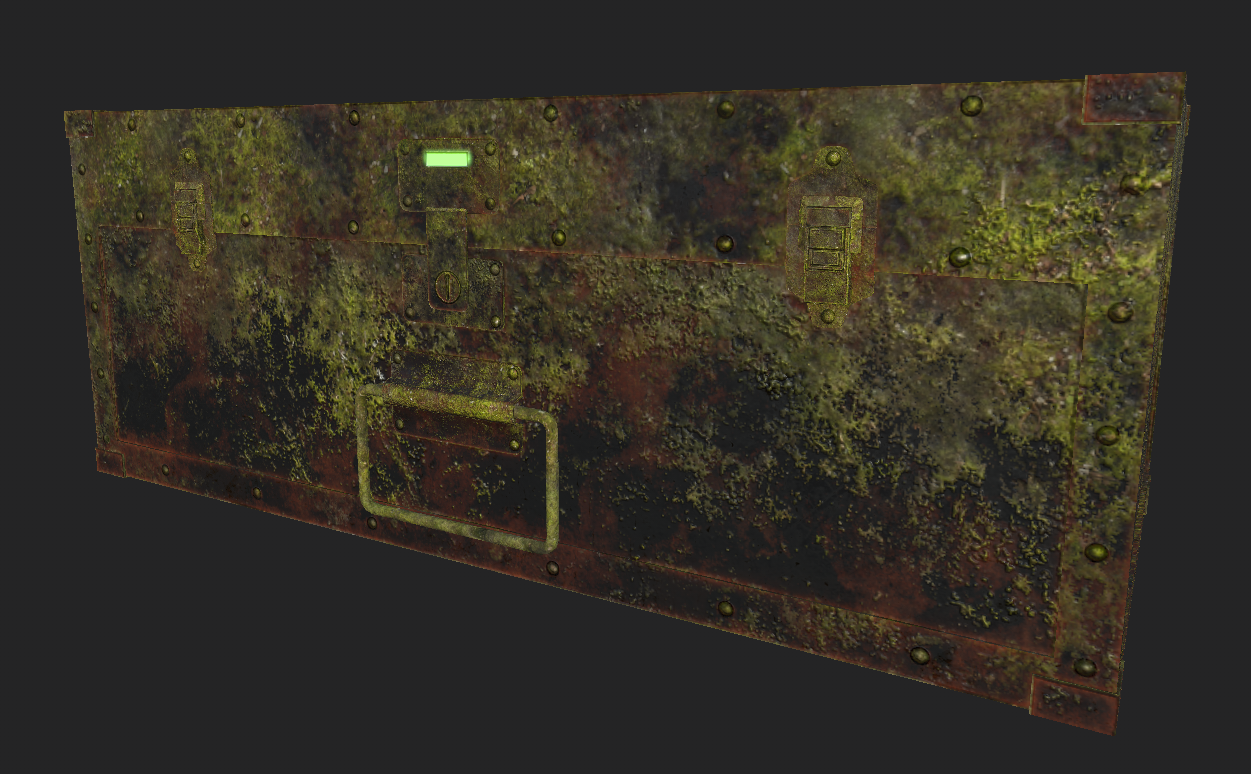 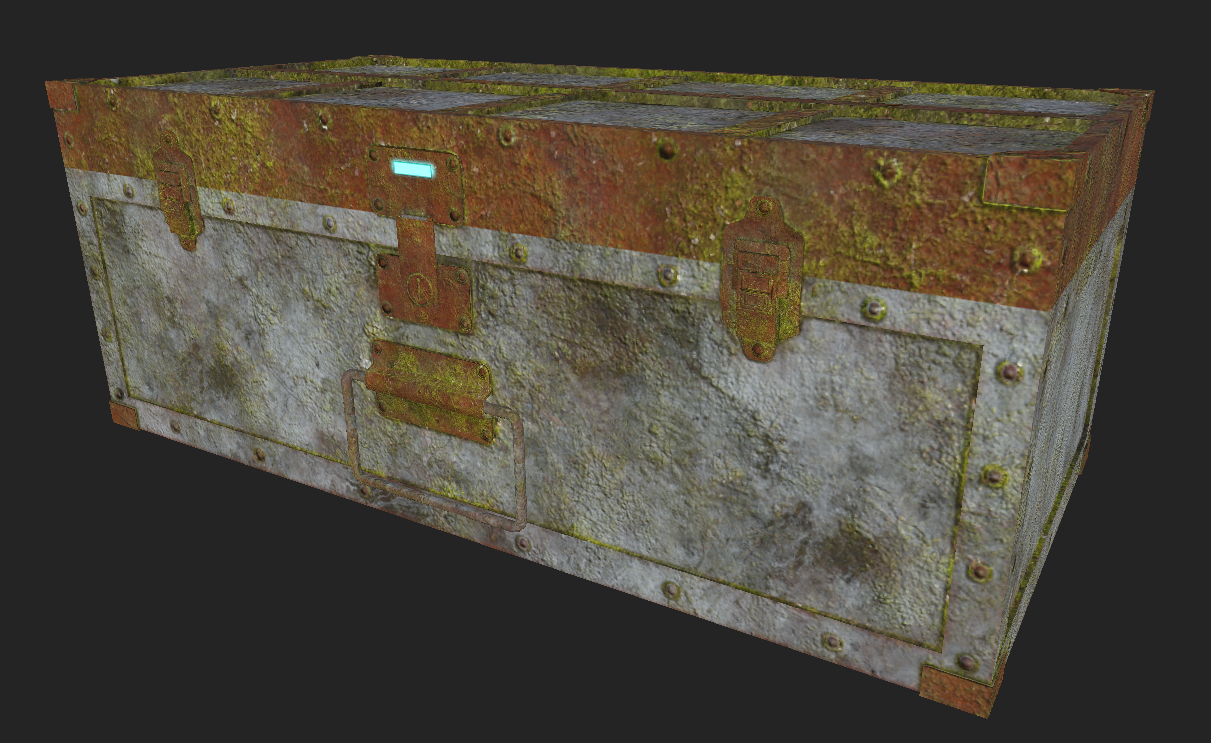 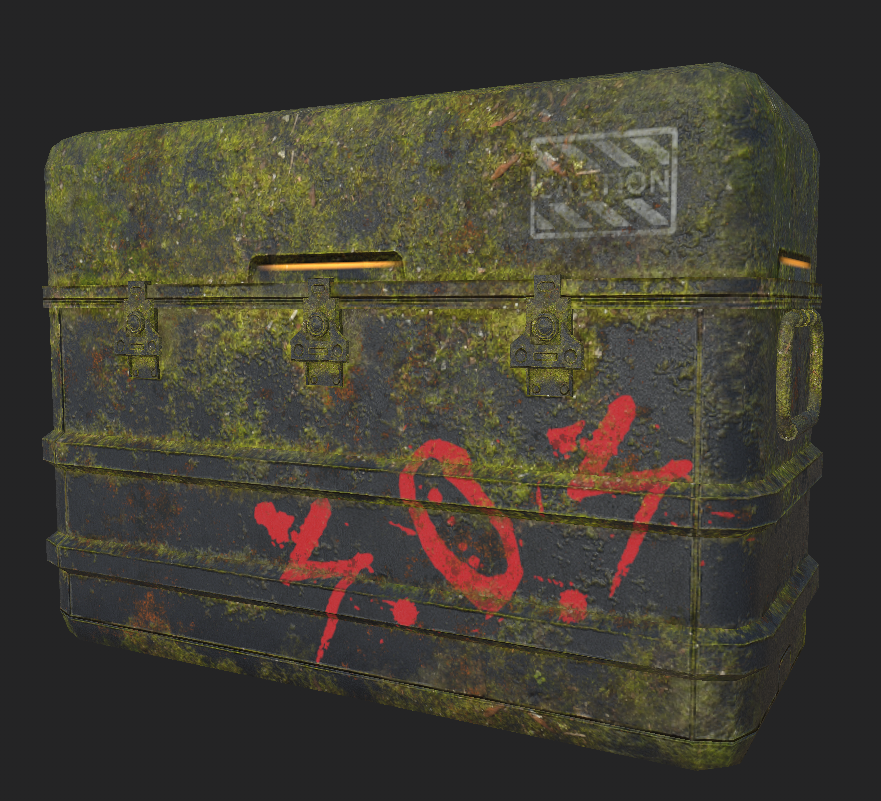 Higher chance to have more loot per container 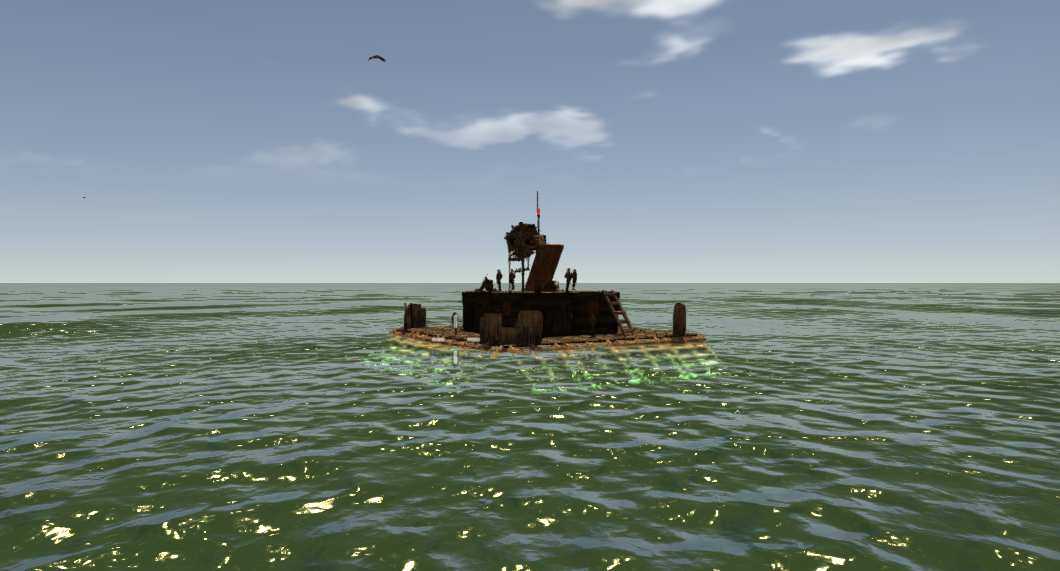 Ever wonder where all those wasters are coming from? Well now you know! These things are procedural as well. These floating mini fortresses will give you a hard challenge. So please, don’t go there until you're armed to the teeth and have med packs for days. Loot can be found inside. Dead Wasters will also drop their backpacks

Rolling out our own custom resizer. Only working for the HUD. We want to bring this out slowly make sure it’s working right for the people with the big screens. There’s a little icon that can be selected near each HUD, this will then bring up another UI. The resizer UI will allow you to adjust the width and length.

When player enters the suit, the Health HUD will be converted to Armor and Power to better signify the type of status the player has.

- Food will no longer heal the player underwater

- First Aid Kits will no longer heal the player

- Abyssal Worm loot changed to the Chum and Spam Model. Also loot is now appearing correctly. Worm was previously on same loot database as the buildings.

- Sprint now drains stamina (You knew this day was coming)

- Orcas and Sharks can now damage the boat

- The boat is now immobilized when hull reaches 0

- New arrows adding the “How Many” UI meaning players can now select max and min all.

- Item Duplication from collecting crafted items have been fixed

- Collider fix on platform working towards the suit in town.

- Recipe and amounts are updated when you’ve crafted something

- Town vendors moved closer to the bar, making it easier for players to interact

- Gunpowder Icon changed, was using the same as wood ash

- When game auto-saves, it no longer covers the whole screen allowing the player to play normally without interruption

- Sharks have been changed to Tiger Sharks. That way there will be no more confusion on the type of shark that needs to die.

- Loot is now working from the hacking drones

- Stairs have lost their sweet spot and now just have an anywhere spot, meaning anywhere you hit it now with crowbar will remove it

- Jumping into the water no longer causes fall damage

- Player can no longer overfuel the boat

- Achievements now working for the SMG and Tactical Rifle, Make sure they are in your inventory when you log in to get credit for the achievement if you’ve already completed it.

- Salter Drug Boats have upgraded their onboard navsystems and will now automatically avoid collisions with Beacons!

- IMPORTANT Player can no longer wield a gun while driving. As mentioned before we wanted players to do boat bys but the current system we had setup is doing bad things to physics. Don’t fret, we always planned to make the player movable on the boat while the boat is moving, just these things take a lot of testing and math. So please be patient in the meantime and hopefully all the fixes and new things we added should compensate ;)

- Player no longer needs to look at the sky to drop items, just drag it out of inventory anywhere and it’ll work

- Procedural spawns will now attempt to spawn a bit further from zone edges, giving better visibility for players to spot loot or stuff

- Because of the new loot boxes, random loot has been increased to have more content

More testing needs to be done on the disappearing buoys as we have been unsuccessful in replicating it. This seems to be more of a glitch than a bug so the output log would not be useful in this case. If anybody experience these problems, please detail the steps that led you there.