Renovations complete in Leavenworth. Hope you’ll enjoy your stay! Around Leavenworth, you’ll start noticing things that could be foreshadowing things to come in the future updates.

Renovations complete in Leavenworth. Hope you’ll enjoy your stay! Around Leavenworth, you’ll start noticing things that could be foreshadowing things to come in the future updates.

New treaty signed by the people of Leavenworth and the Salters. Leavenworth has now come under the protection of the Salters. All Salters are to not use hostile force while in Leavenworth. Wasters have stopped pillaging in fear of Salter retaliations. In exchange for Leavenworth’s fealty, Salters have provided Leavenworth with building supplies and an anti-creature transmitter, transforming the town into a lively safe space. But how long can Leavenworth maintain the Salter’s protection once the treaty ends? 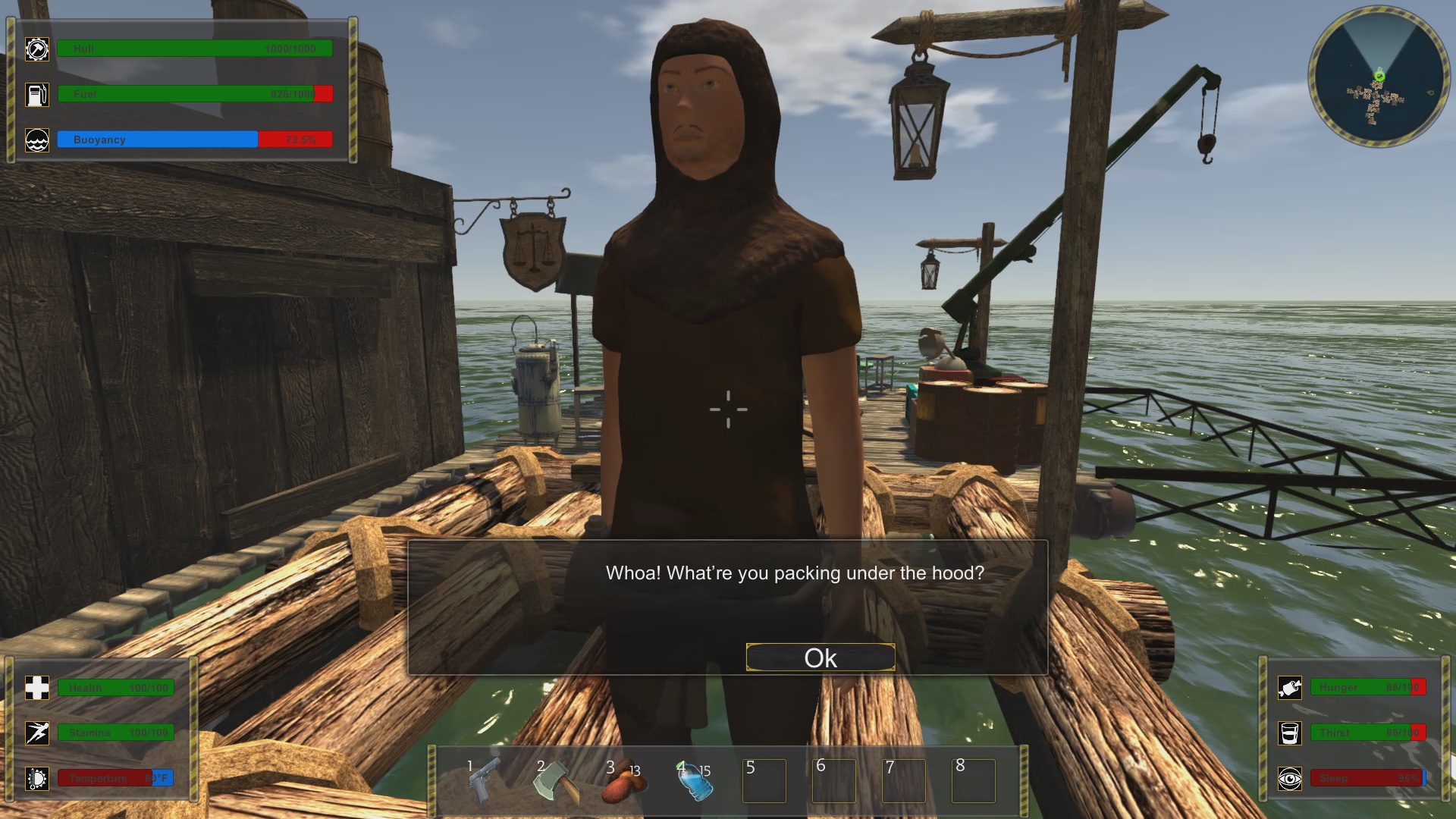 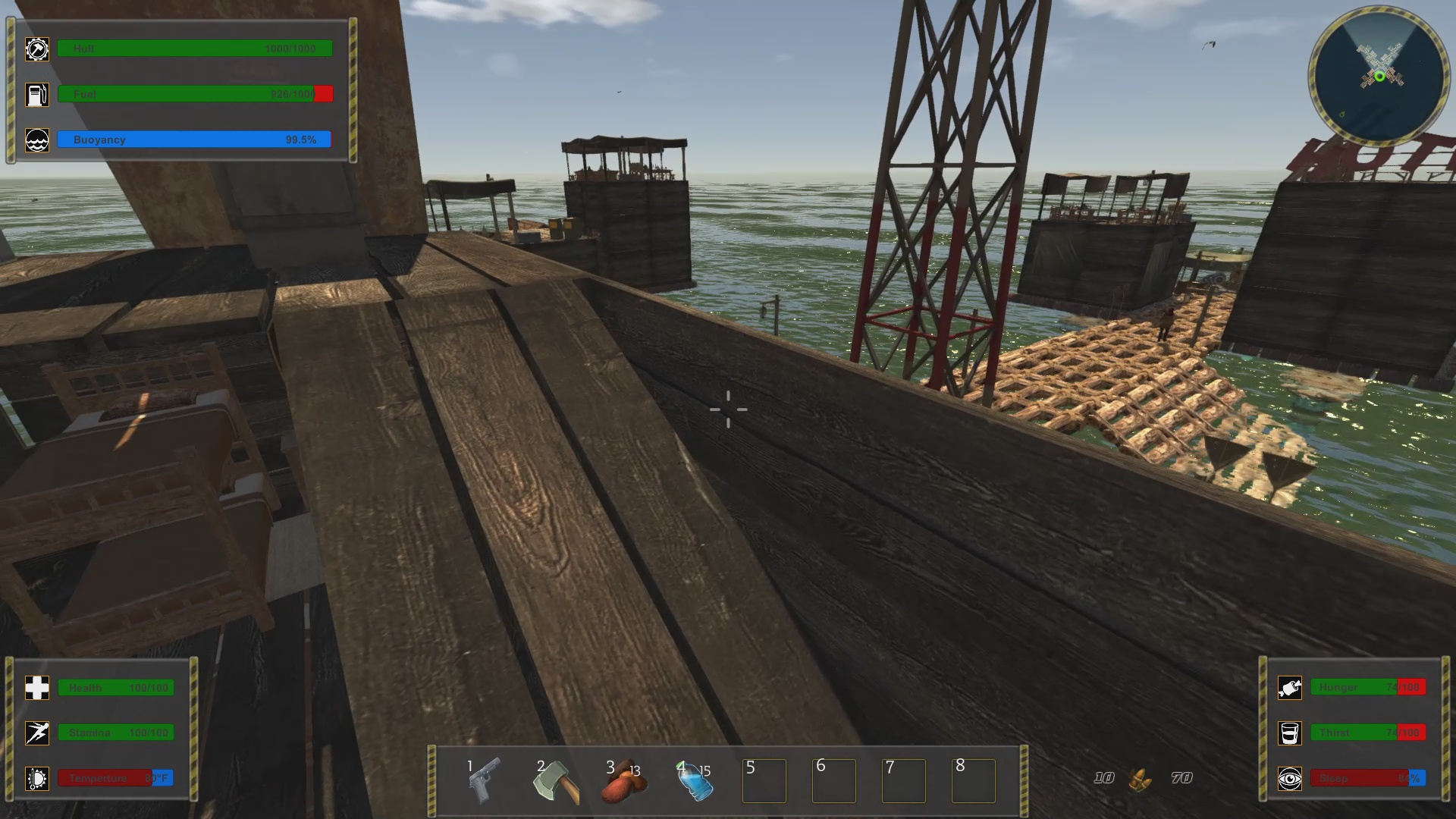 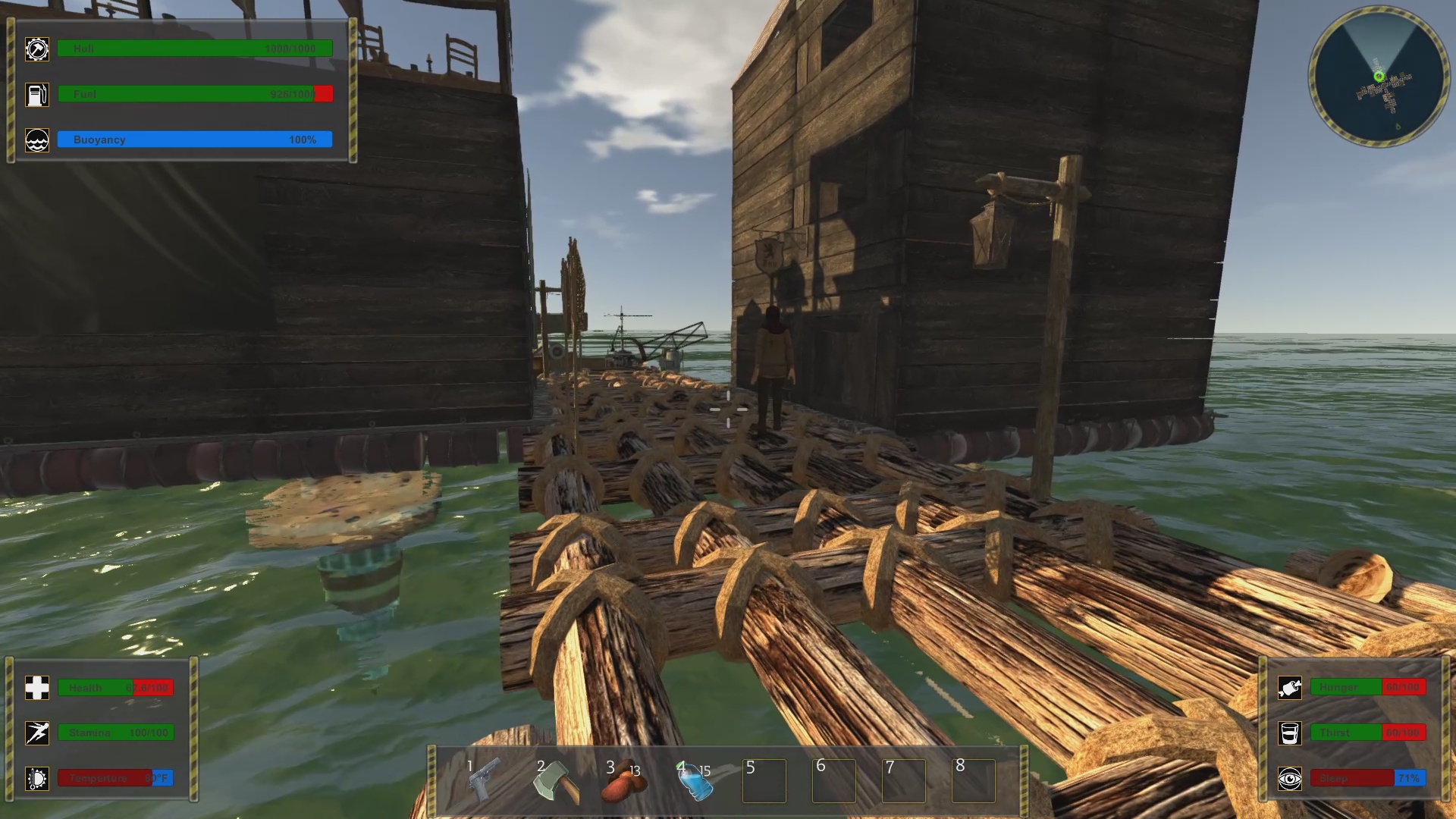 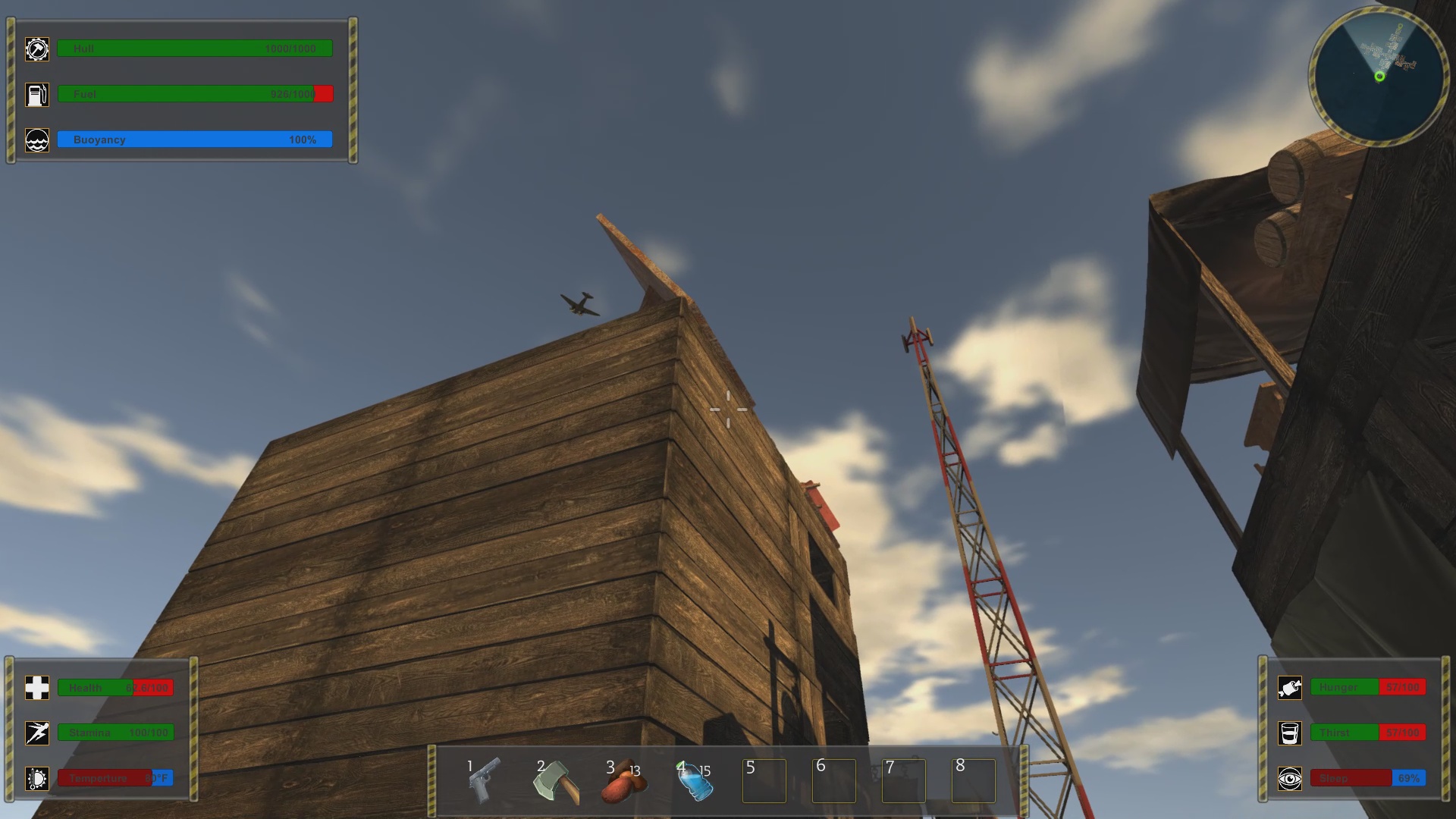 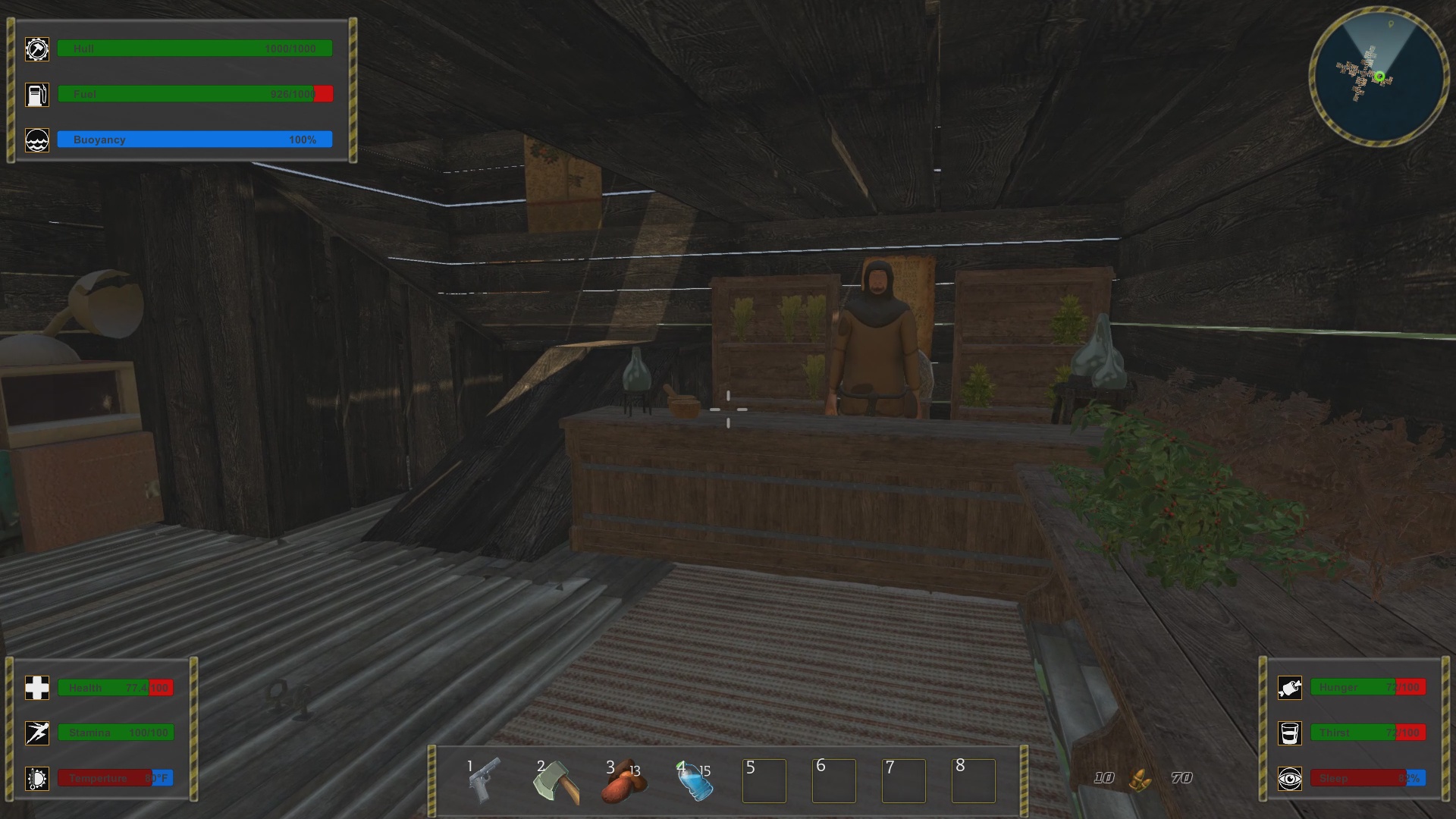 - Safe zone placed in Leavenworth. Wasters and Salters have been strictly directed not to enter Leavenworth. When they get too close, they sound the retreat! Sharks can’t stand those sharp shark pitches... Sharks now swims away in extreme annoyance!

- Starting crates now sink after they have been looted

- Shark push force has been reduced

- Orca push force has been reduced

- Crafting blueprints have been split into categories. We’re getting closer to 0.33!

- Old plant loot has been removed and replaced with a newer slightly bigger model. This new plant also floats underwater, so the player will need to dive in to find them

- NPC patrols added to the walkways of Leavenworth

- Merchants added all around town and placed statically behind counters. Merchants will become unique in upcoming patches.

- Sprint feature added, but does not currently consume stamina. Stamina mechanics require more testing as it will tie in with the other survival mechanics.

- Footstep sounds can now be adjusted along with the sound effects

- Birds no longer fly like Frisbees from time to time

- Lighting during night time has been properly adjusted. The ocean just got much scarier…

- Building and removing fixes added. Only applies to buildings built from and after this patch.

your game is so cool, i love it! my game is similar but on dry land. lol