In this months update: 2 new mappers have been added to the project, in-game screenshots and a new video showing in-game content!

Welcome to the monthly update of Land of Legends! In last months update I asked for a mapper to help me fill the gap, which was left after Goanna quit the development of the mod. My call was answered and I received some promising applications from which I picked two people for the job: Butt_Kicker and Katana (both from Lithuania) joined the team and are now working on new maps for Legends. Here are some screenshots Katana sent me earlier: 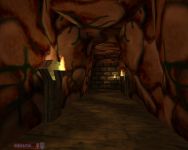 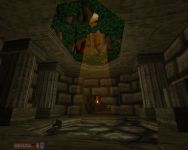 In addition to that, I’ve put together a video of the cinematic intro sequence you’ll see once you start playing Land of Legends, explaining some of the background storyline. For more information and captions (in case you have trouble reading them from the small screen) please check the video’s description.

In other news, Sven Co-op released 2 hotfixes to fix several bugs from 4.0B. This is interesting for us, since Land of Legends uses Sven Co-op's code as a base. Once all bugs have been fixed, we’ll switch over to 4.0, so we can use features like reviving and fog, making Land of Legends even more enjoyable!

Thanks for all support so far and ‘till next months update!