Keeping the Gears of War PC community alive - anyone that plays Horde alone should definitively check this out.

USERS EXPERIENCING ISSUES WITH THE MOD

Q: Whenever I load custom content the game crashes.
A: Have you downloaded the latest patch?

A friend (Burned) worked hard on a new spawn system that works with spawn distance restrictions. For example, the players will NEVER spawn near a enemy anymore, nor will the enemies spawn next to a friendly or the player. Think of CoD4, except the enemies still can spawn from a far in your FOV (though it rarely happens), and you won't always spawn next to friendlies. The spawns are still random to spread around in the maps.

For some reasons this concept doesn't work too well on MP levels, the courtyard style (I.E. Redalert) seems to be the most suitable solution for Lance. Mappers will be able to experiment nonetheless. And hopefully we can see new layouts designed for this mod. Converts work, but it's not the best solution for new maps. 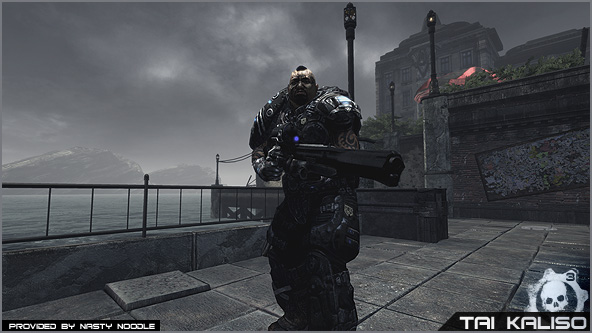 ALL CHANGES SINCE LANCE 2

The weapons have been tweaked to play differently. For example, the Hammerburst melee is now 150 DMG per hit, each clean spawns have 300 HP. So like nearly every other weapons it takes 2 melee hits to down AI's. It's field of view durring aimming is also much higher making it a deadlier weapon from up close. 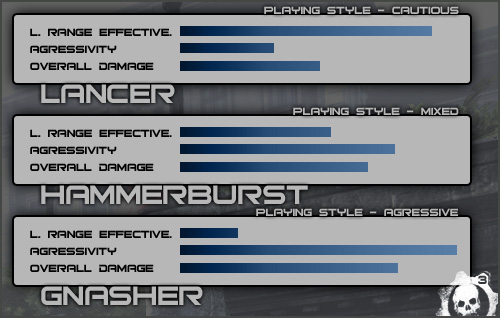 Whilst I was the only person working on "official" Lance one/two levels, I am now on the lookout for tallanted level designers to provide RedAlert/courtyard like levels from scratch. Converting your old MP maps works, BUT, it does work MUCH better on mid-small-open layouts with few Z-axis spots.

PM me via Epic Games Forums if you want to get involved.

The levels would be uploaded on this mod page after verification and possible tweaking. You will be added to the credit section, your level will be clearly labbeled "you are the author of it."

Burned Internal - New spawn system, and the reason why Lance exist
NastyNoodle - Tai Kaliso, and how this (more likely) is going to improve the future of this mod.
Kantham - Palace Guard, and the whole rest. :B
Epic Games - Seriously, I'm sure we can't get source code of this game because of M$ Games restrictions. I'm still suprised this game was ported on the PC. Also Credits for Tai and Palace Guard.

Looks neat, i'll have to reinstall and check it out :)

wow, didn't even know this one existed (not that I could.. I never looked into Gears SP mods :P)

I'll check this out later

Keeps crashing whenever I type;

Try renaming your Gears of War for windows folder. This will re-create a new one. See if that helps.

Nope. Still not working - it just freezes and stays at the main menu. I have to reboot my PC.

Have you downloaded both the gamefile and map file?

wow nice man, I only have GOW for the PC so that sux D:

Well this is for GoW PC..