Post news RSS Labyrinthica: The quest of lima, is complete.

Labyrinthica: The quest of lima, is complete and available for purchase. Labyrinthica is a 3D rogue like action game focused on melee combat.

Labyrinthica: The quest of lima is available for purchase. Take a look at www.pompipompi.net for the Demo and Purchase page. Or you can download the demo from here. The purchase page is over here.
For those who don't know, Labyrinthica is a 3D action game focused on melee combat. You can see better if you like it by watching this trailer(Don't forget to watch in HD): 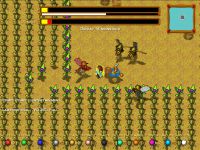 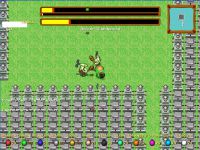 It was a long journey, that took more than two years and countless hours invested in this game. I hope you will enjoy the fruits of my labour. I also hope to write down my conclusions from this project, and share them with other people.

Price and purchasing: The price of Labyrinthica: The quest of lima, is 20 USD 12 USD and an optional additional 3.95 USD for extended download warranty. If the price is higher than that, then it is a technical problem and should be reported. I am currently using Plimus as the sales service. There shouldn't be problems, but if there are, please report to support (at) pompipompi (dot) net.

Good Job!
This looks much improved over the beta I played awhile ago.
I'll def check out the demo and maybe grab the game in a bit once I finish the 12 other games I have recently purchased ;)

Very cool, you have inspired me to give this a go.

... well it looks and plays good but the demo feels like a kick in the balls, the second you get into it ya get knocked to the credits.

WITH 5 EURO EXTRA BECAUSE YOU'RE DOWNLOADING IT?!
WHAT?!

No, thanks. Seeing how the euro's doing I'd say about 10, including download service, in comparison to the dollar and pound.

It's 20 dollars, I don't know why are you seeing it's 20 Euros.
The 5 extra dollars are just for extended download time. I don't like it either, but until I get this on another portal/service it will be like this. And you don't have to pay that extra 5 dollars, you can cancel it. This will make the download available for a few days instead for a few months.

But I will check why you are seeing it as euros and not dollars.

I mean, I really love the game but...

Are you seeing the Plimus purchase page and it's still 20 euros?

Really good fun game i enjoyed the demo. Not in a rush to buy it mind you but still it's good.

I am also going to fix the buying process of the game. Instead of using RegNow, I am trying Plimus now. In addition I hope to have the game available in portals. So it might be a good choice to wait for now.
But keep an eye of this game when the game to gets to one of those services.

I have changed the sales service from RegNow to Plimus, I hope now there won't be any problems. Also, the extended download cost "only" 3.95 USD as opposed to the previous 5 USD. Rember this extended download is optional.

Why don't you try distributing on Steam? Everyone can see when it becomes available, so anyone that is interested in it can buy it right then and there.

I am trying to do this, but it's not trivial to get into steam.

it looks pretty interesting, i like the combat system, but, it has to be said, the hud is simplistic, and it looks to be nothing more than a hack/slash.

What are your unique elements? I don't see any. The combat sys in itself is not unique, I can name several games that use it. (Zombie shooter 1/2, for instance, move iwth keyboard, mouse moves the gun/melee weaponry, same with dead frontier.)

Maybe its just the video and screenshots, and if so i apologise, you should update them to reflect the product, but from the video alone i wouldn't download the demo.

Its...just too little for 20$. This title seems like it would fit more onto the DS/Handheld systems rather than pc, and only one download for the 20$?

However, congratulations on completing your first game. Good milestone, i think the graphics are cute and it does look interesting in itself ,but the quests seem repetitive. Kill x 12 times. Repeat.

I think it would benefit from a story. And again, if its not in the video, i apologise but you should have an advertising video that shows all your features, not development footage.

Best of luck in the future, i reccomend you look into creating a indepth story-based game with the same combat system and graphics, it would be cool to see another action/rpg/story game on the market, long time since i saw them. (Turn based or multi-char seems to be the current thing)

Oh, if you get onto steam, best of luck! Steam would really give you more traffic and comments.

You are right this is an action game with no real dialogs or all sort of interaction with NPC. However, saying it is hack and slash gives the wrong association, you do only fight in this game. But it is not mindless fighting, which might be implied from hack and slash. It requires to be careful and nimble. Depending on the game difficulty you choose, and your own skills.

About the combat system. Well it's true it is similar to other games. I didn't say otherwise. However, it is melee oriented. While alien shooter might have melee combat, it is not designed around melee combat(as far as I know). In Labyrinthica you don't have a real projectile weapon. You can throw potions and you can bounce off projectile with your shield, but most of the battle will consist of face to face.
That means monsters, levels, AI and etc, are designed for melee combat(mostly). There might be other small difference, such as, the enemies bounce when you hit them. It's better to hit an enemy from behind. The shield can be used to defend from projectiles or bounce them. The shield can be held above the head. But I can't tell exactly what are the differences, because I don't know or played all the games that are similar.
What I want to say is, the game is melee focused. And not having a projectile weapon available, shape the type of gameplay.

There is also the potions system, and other things to say about this game. But I think the game has it's own uniqueness, and people say they enjoy playing this game(at least some of them). So I think I did something right.

you would be correct, the terminology i should have used is action or adventure.

Congratulations on finishing the game. :) Too many games remain just ideas.

What are your plans from here? Build an expansion of the game, or move on to a different project?

Well currently I am working on a new game. A 2D multiplayer RPG. There will be more blog posts about it over www.pompidev.net..
An expansion to Labyrinthica is a very good idea. I will see when and if I will get to it.

Looks fun but right now i could not afford a penny :(

SORRY but the game itself looks GREAT

Labyrinthica: The quest of lima Adventure