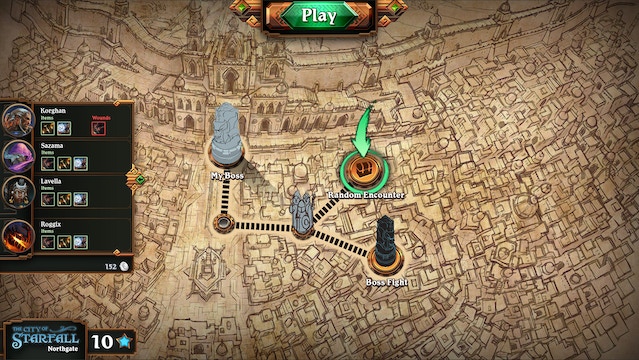 *Note: The image above is a work in progress and is an earlier concept for the new Adventure mode in Labyrinth. There is placeholder art and some of what you see has already changed and we have plans to modify other aspects of it. However, it should give you a taste of what's in store in the near future. Can you guess what new features are being added and how Labyrinth will be played?

This patch is a small update to fix a critical bug and make some tweaks to cards.

The Art Team sculpted broken edges on, created ao maps for, and added colors to the Star spire Ruins; worked on normal maps for the Adventure map; and added more card art.