Patch for critical and other card bugs. Also we started a Facebook ad test. Did you see one yet?

Posted by freerangegames on Aug 3rd, 2017

We started a small ad test campaign on Facebook to get our feet wet with promoting Labyrinth. Please share and let us know if you have any feedback on the ads. Here is one of them: 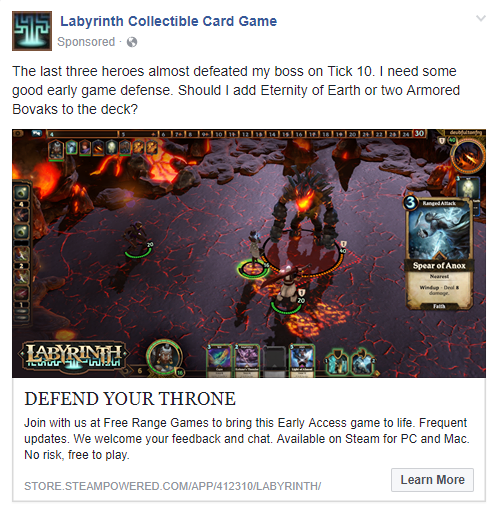