Build Update Notes: At long last the update is released! We did a major overhaul of Labyrinth. Plus, we have added Mac support!

Posted by freerangegames on Jan 5th, 2017 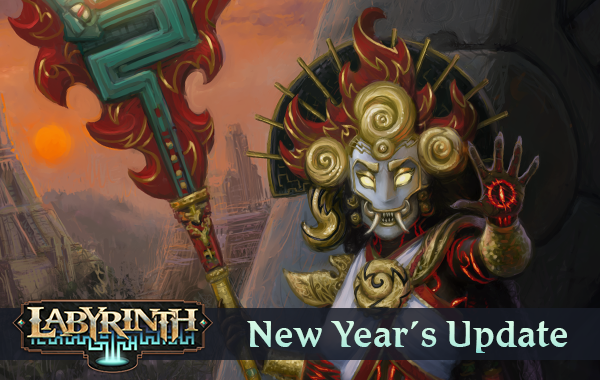 At long last the update is released! We did a major overhaul of Labyrinth. Plus, we have added Mac support!

Fixed Rewards and Replays. We believe we have fixed all of the frustrating bugs which where blocking notifications, rewards, and replays from getting through. We have had a couple dozen people testing, but that isn't at the scale of the entire player population, so if you encounter any of these problems, let us know and we will work to patch what we missed. 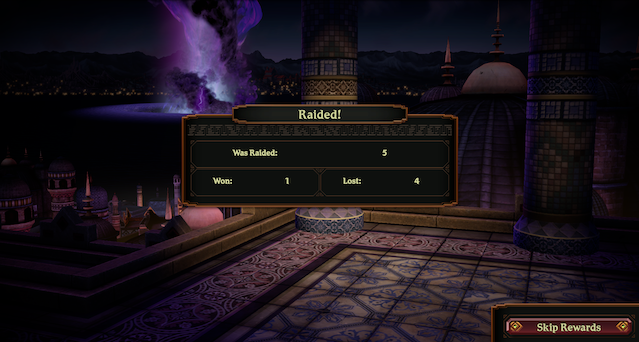 New Servers. Before, the game ran on local servers which contacted a remote database. Now Labyrinth runs on remote authoritative servers. One of the benefits of this is that you will now be able to resume encounters that are in progress, even if you get disconnected due to poor internet. It makes it less likely that things will get out of sync if you play the game on multiple devices in the future. This also makes any future cheating much more difficult to do, helping to ensure a fair playing field for all players.

New Content. This is a major content update that brings the game much closer to full release. Almost every key feature that will be included in the official launch has been implemented. There will be more content added in the future We've been placing particular focus on the new player's experience, improving the first 5 hours of the game.

Among the many changes are the following features:

Expanded and Improved Introduction: We've added the Defense (Boss) tutorial, which is a short narrative that teaches you how to build Boss decks, how defense and replays work, and some of the strategies you will encounter. This tutorial unlocks when your first Hero reaches level 5. We've also reworked and improved the appearance of the Defense screen. 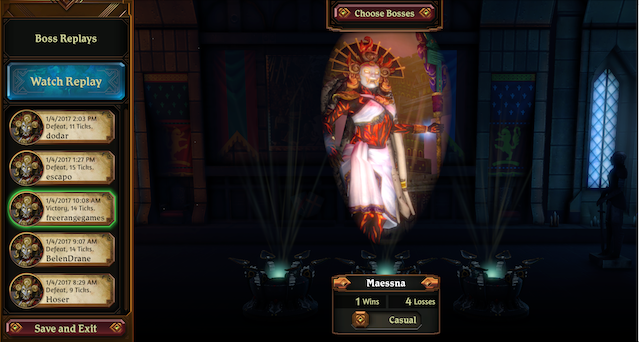 New Boss and New Boss Trait: Maessna, the Dawn Queen is a Caster / Celestial Boss, and introduces Celestial cards to the game. Celestial cards channel the power of the gods. Cast devastating spells, manipulate time, and protect your Lair with giant minions that summon other minions. 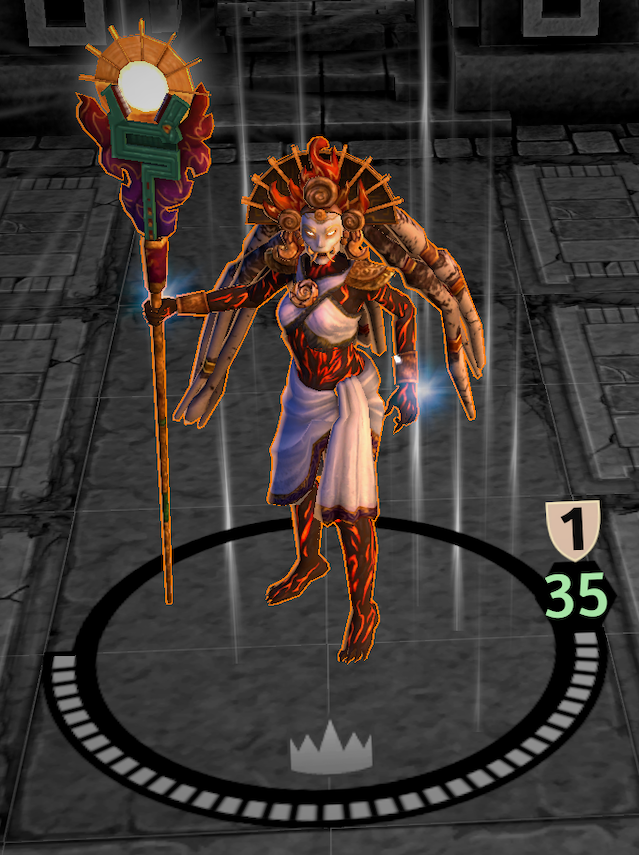 Major Balance / Refinement Pass: The entire card set has seen more thorough testing and has been rebalanced to bring costs and effects more into line. Some cards have been cut and others added, effects changed, and rarities shifted around. There is still plenty of tuning and balance work to do, which we look forward to tackling as we collect feedback and data from a larger pool of players.

Improved Visuals: More cards now have the appropriate card illustrations, and new visual and sound FX have been added to many cards. In addition, we have added new models and animations to a number of minions and structures.

Better Matchmaking: We have a new algorithm that takes into account more factors, particularly a player's activity. We responded to feedback from many players that they were unsatisfied with the number of raids that they were receiving. From now on, the more you go on raids, the more likely it is that you will be raided. There are several other factors that play a role in matchmaking, and we will continue to tune this as we go.

Quests: We've implemented our first pass at the daily Quest system. You receive one Quest a day, and can have a maximum of three at time. Quests give you a great way to earn some extra gold by logging in every day. We have plans to refine this feature over the next several months, but we felt it was important to get at least a simple form into the game now. 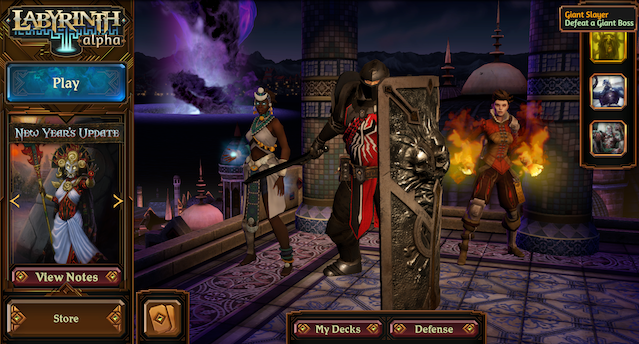 Store Updates: We've added code redemption, and made some improvements to get everything in place before we turn on purchasing with real-world currency and start distributing backer rewards. We've also made great visual improvements to the pack-opening process.

We reset all Gold, Stardust, Levels, XP, game state, and Card Collection inventory to the "new account starting state" and then refunding Gold and Stardust equivalent to what you earned previously by playing and building your collections. As we mentioned in a previous progress report, when you log in, your gold will be equal to:

For stardust it will be equal to:

Due to inconsistencies with our Stardust data and bugs in the rewards system, we cannot come up with a Stardust formula as accurate as our Gold formula. However, the method shown above overstates the Stardust we are returning to players because we have more accurate Boss wins data than you would expect, since you did not always get notifications of Boss wins due to the bugs. 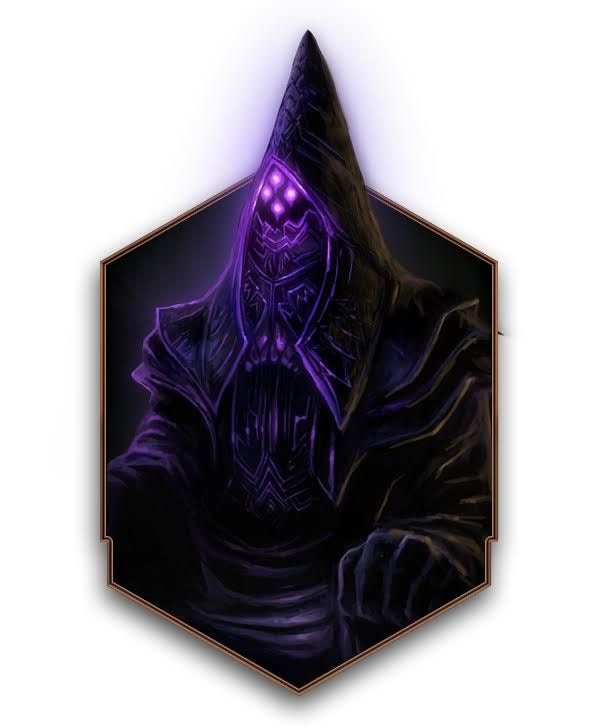