This week's new pre-alpha build of Krasten is available for download, featuring the new sanity and fear system, new class abilities and more!

Hello and welcome to another weekly update for Krasten, the single-player "MUD-like" RPG! There's been a lot of improvements over the last week of development, so let's get to the meat of the new release: the sanity system! 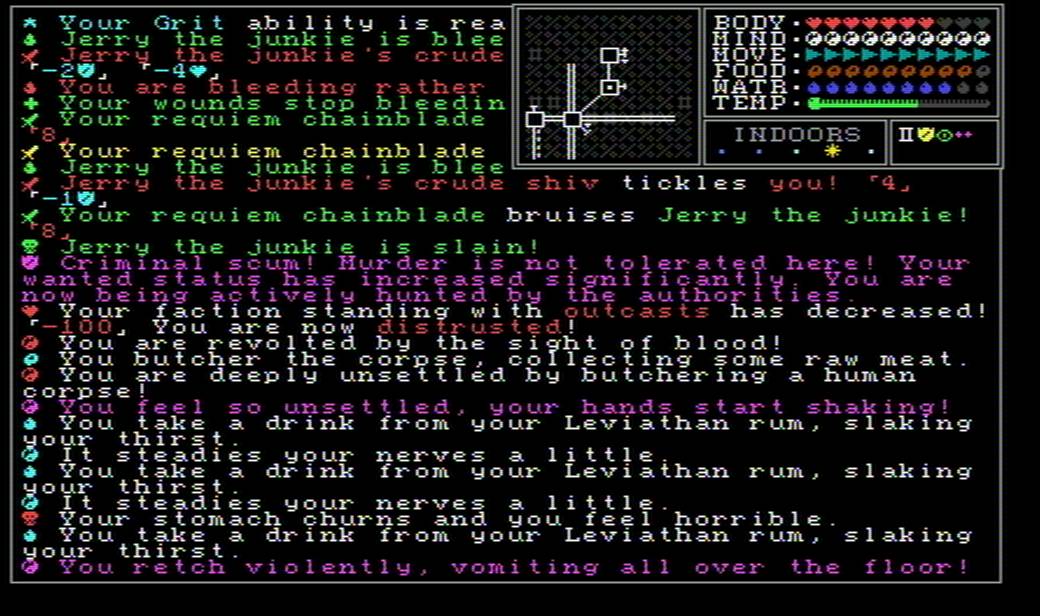 The world of Krasten is a pretty grim place, and the new sanity system reflects this -- various actions or sights in the game may cause one of three types of sanity loss: terror for things that frighten even a grizzled mercenary, harrow for the unsettling and disturbing, and disgust for truly revolting sights and deeds. Sanity will slowly regenerate over time, and sanity loss can be offset by drinking heavily, as well as being resisted by the new Mettle skill which measures your character's ability to cope with sanity-reducing effects.

As seen in the screenshot above, certain effects in the game -- such as drinking too heavily, ingesting too many drugs, eating raw meat, and more -- can cause your character to vomit. There are other negative penalties from sanity loss and blood toxicity, but those remain to be discovered by you, our intrepid adventurer.

The second big feature in this update is the addition of a couple new special abilities -- currently, only the Thief and Soldier class have class-specific abilities, but this will be extended to other classes soon. The Thief is able to use the Lady Luck ability to roll up some random combat buffs, while the Soldier can use the powerful Hellfire ability to unload their weapon's entire magazine in a storm of bullets. 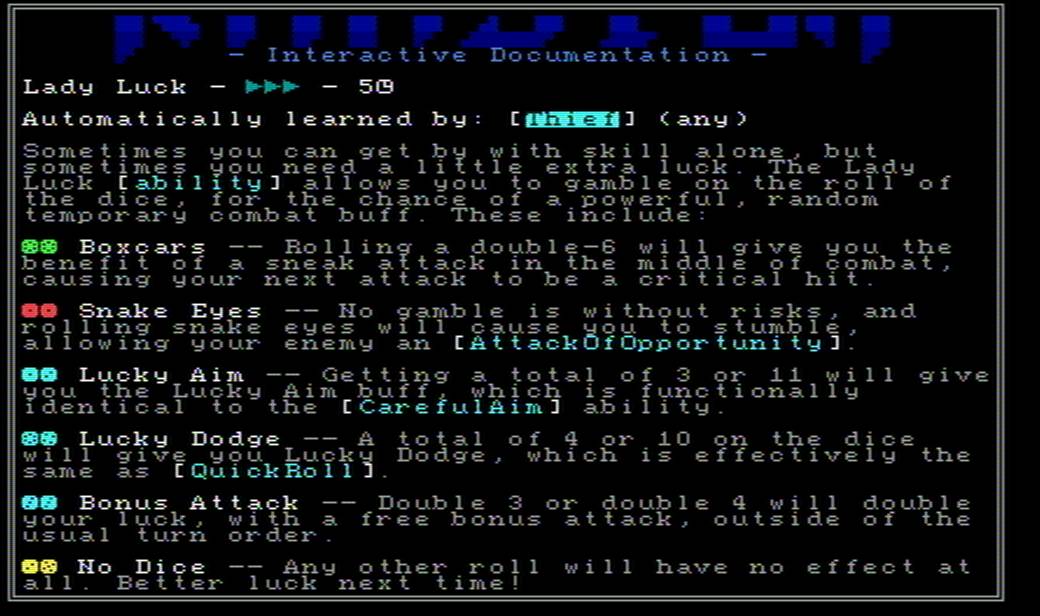 In addition, there's a whole host of new, smaller improvements to the game:

You can download the new pre-alpha preview of Krasten by clicking here!