Descriptions of the new 'Knack' feature which is available in the free to play webgame at the Brunegame website.

One of the most exiting aspects of the MMORPG Character Development features being added to BruneGame.com is the addition of player 'Knacks', which allow the customization of a Character from the very beginning of their journey through the Mythic Renaissance. 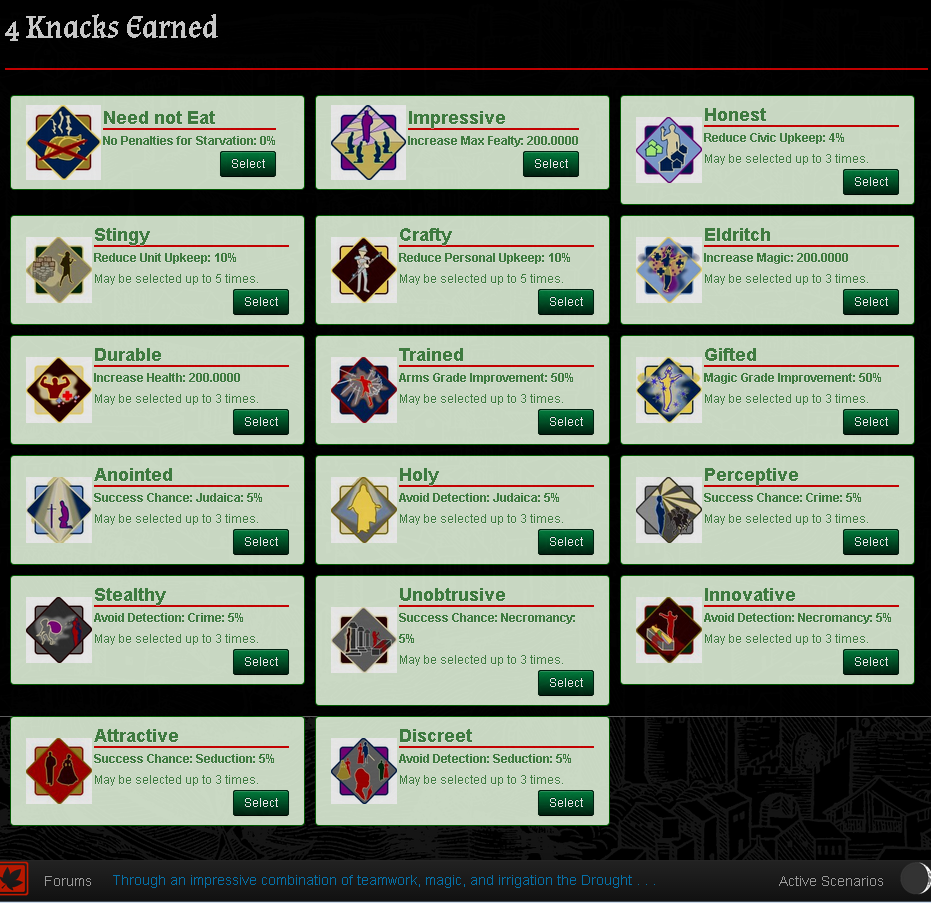 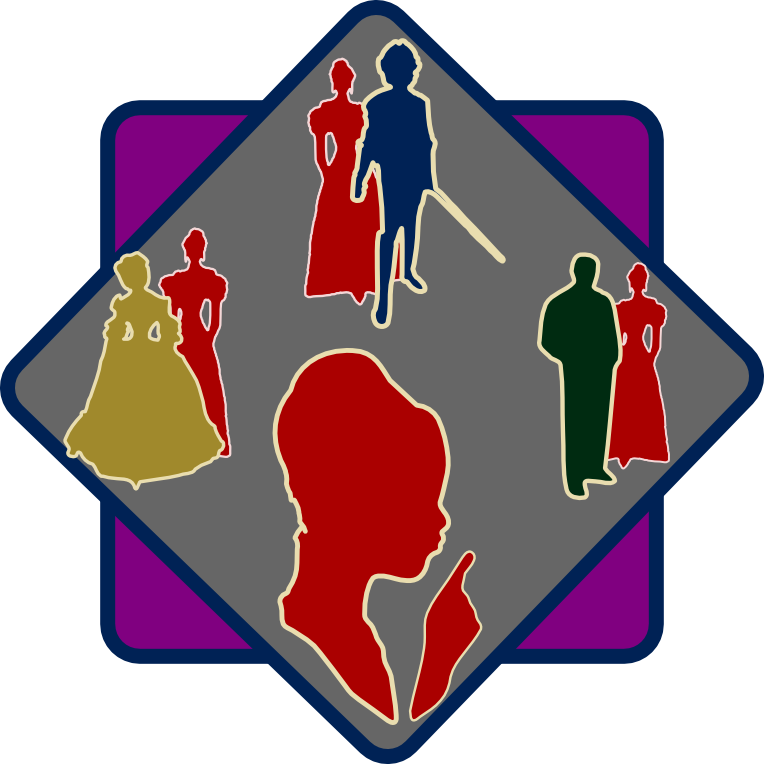 Your character is unusually adept at hiding illicit Romantic activity in a world full of gossiping tongues. You're less likely to be discovered and shamed by society when using your wiles to gain advantage. 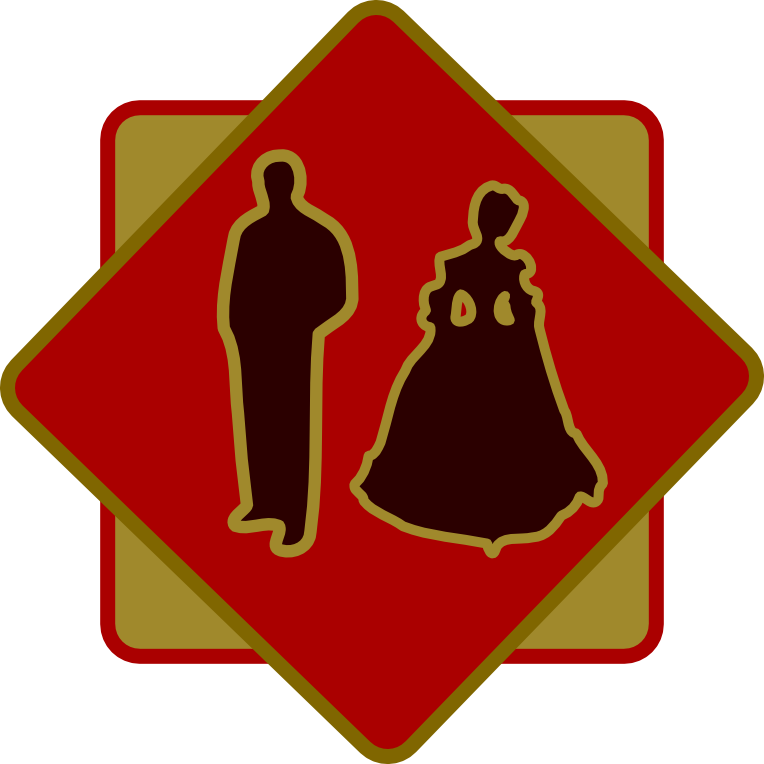 Even traditionally minded and generally moral individuals will have a hard time resisting your Seduction attempts with this Knack, each progressive level making your Character more irresistible to their targets. 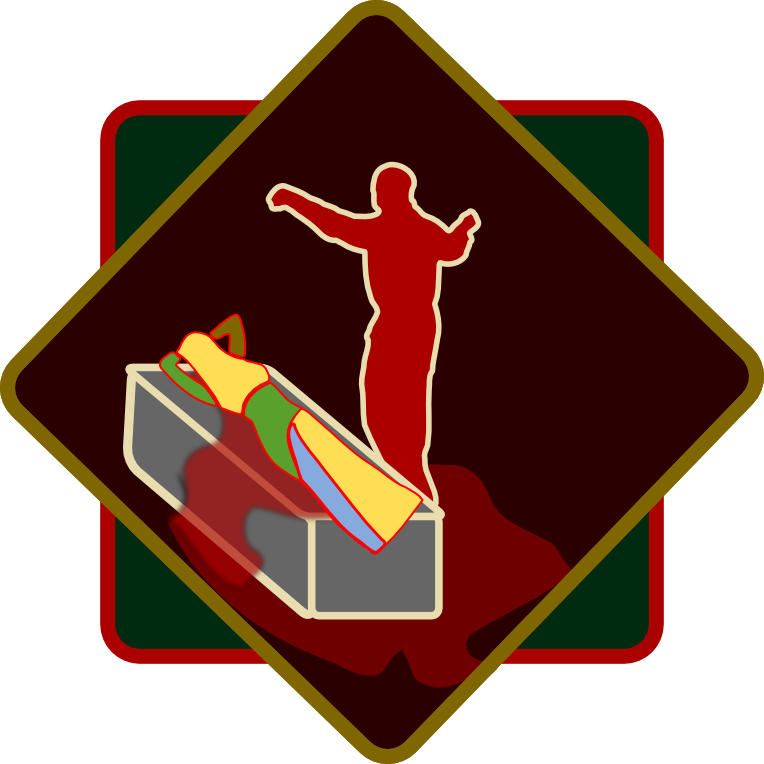 You're exceptionally good at chopping people up, and have developed clever ways to hide your Necromantic activities. By cleverly deviating from what others regard as immoral, you're able to practice the Dark Arts with greater chance of success! 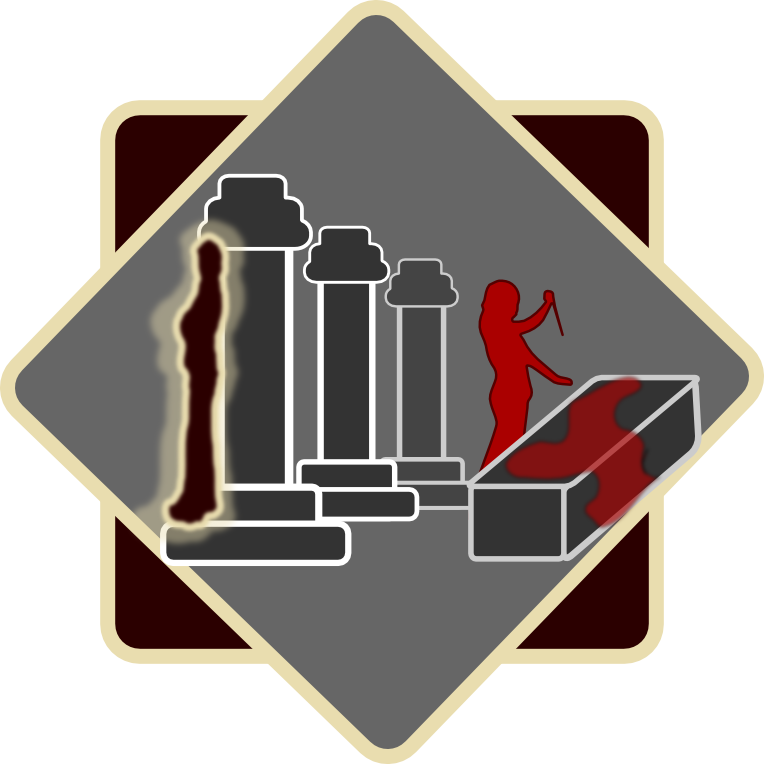 There's something about you that just doesn't stand out. You fit in well at funerals, even the ones that you have no legitimate connection to! Something about you simply doesn't stick in the memory, making it much easier to practice the Necromantic Arts without discovery. 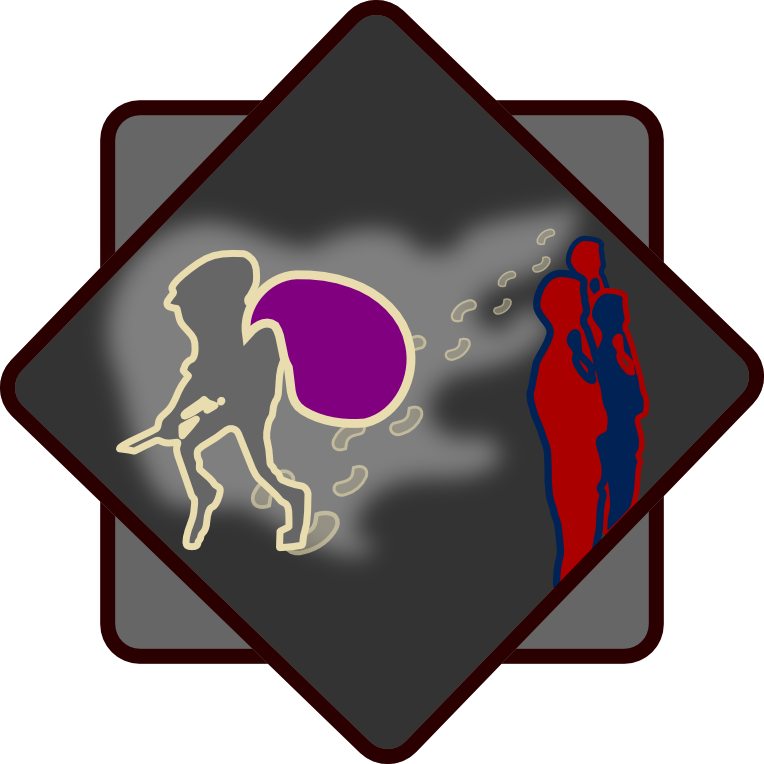 Traditional stealth is your bailiwick, you feel at ease in the shadows and slide from the perceptions of others as easily as an alley cat. You're much less likely to be caught while doing illegal things, like robbing the peasantry or other acts of pilfering, sabotage, and Crime. 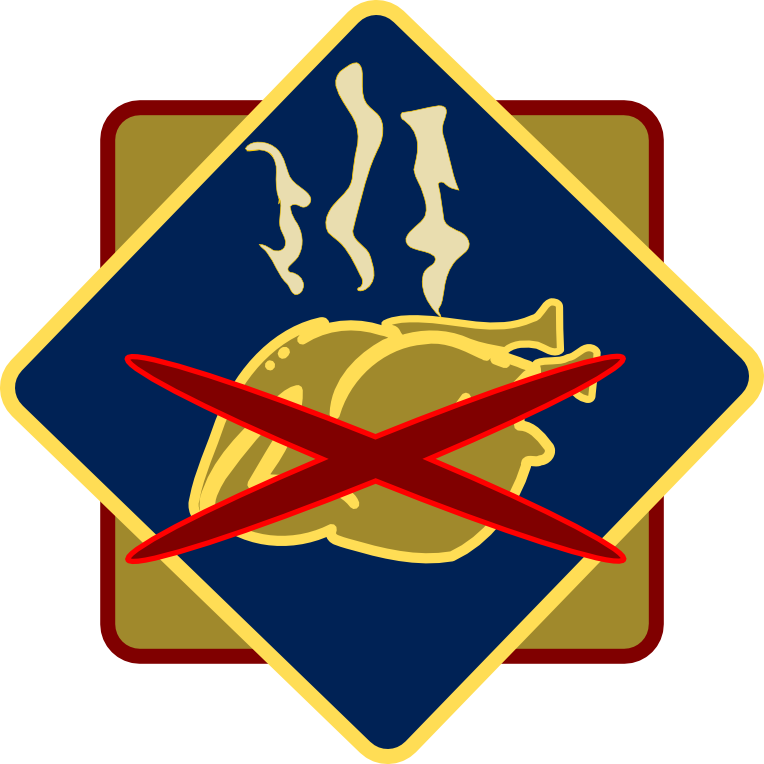 Due to an odd combination of spiritual forces, possibly supernatural ancestry, your character is not subject to the normal requirement of 1 food unit per Regeneration cycle. You can still gain Bonuses from Eating, but will not starve or die without edibles. 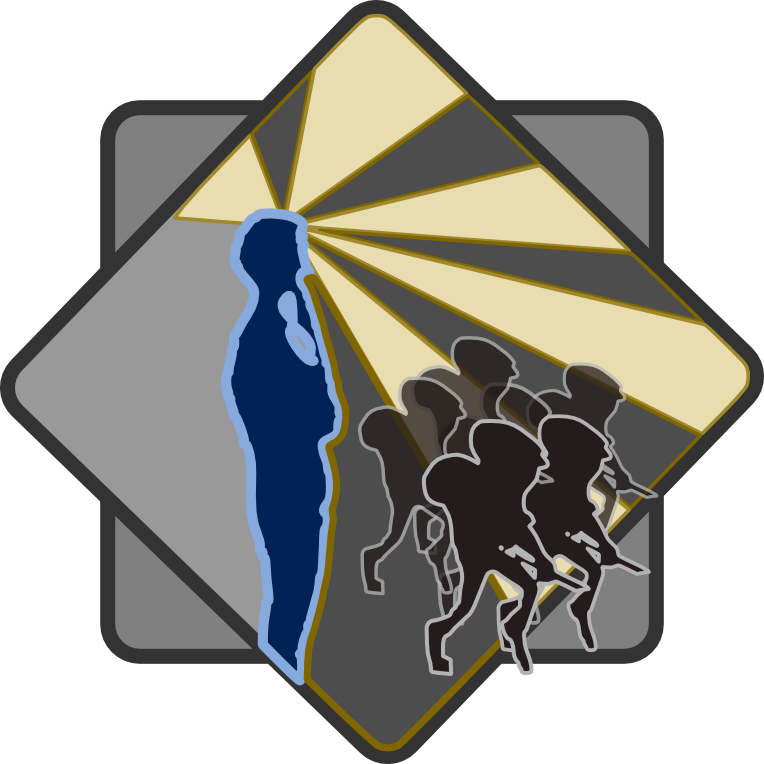 You have an eye for danger and a nose for trouble, as well as other variously perceptive organs which can help you identify and exploit weaknesses in Settlement Security. You are able to succeed more easily at Criminal actions. 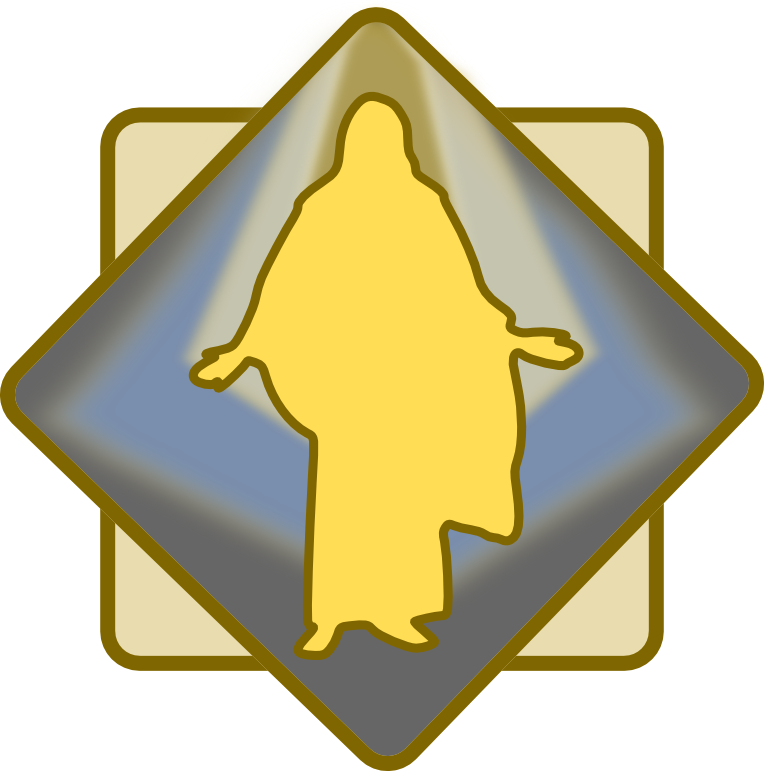 The Lord of Hosts guides your hand, and you've been granted visions of Piety not offered to everyone. Your connection to the God of Israel is very powerful, and you are able to accomplish His ancient rituals with greater success. 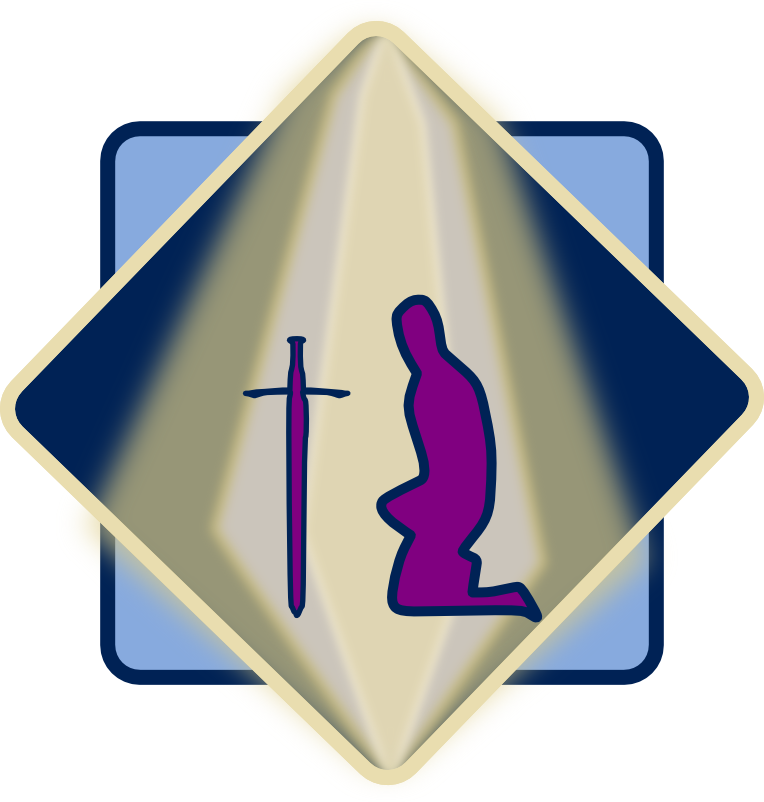 The God of Abraham and Isaac has marked you with signs of protection, and the followers of many Churches will find themselves turned away from harming you. What might be regarded as Blasphemies by most are forgiven when you conduct them, and you are less likely to be punished by Clerical authority for studying the hidden arts of Kabbalah. 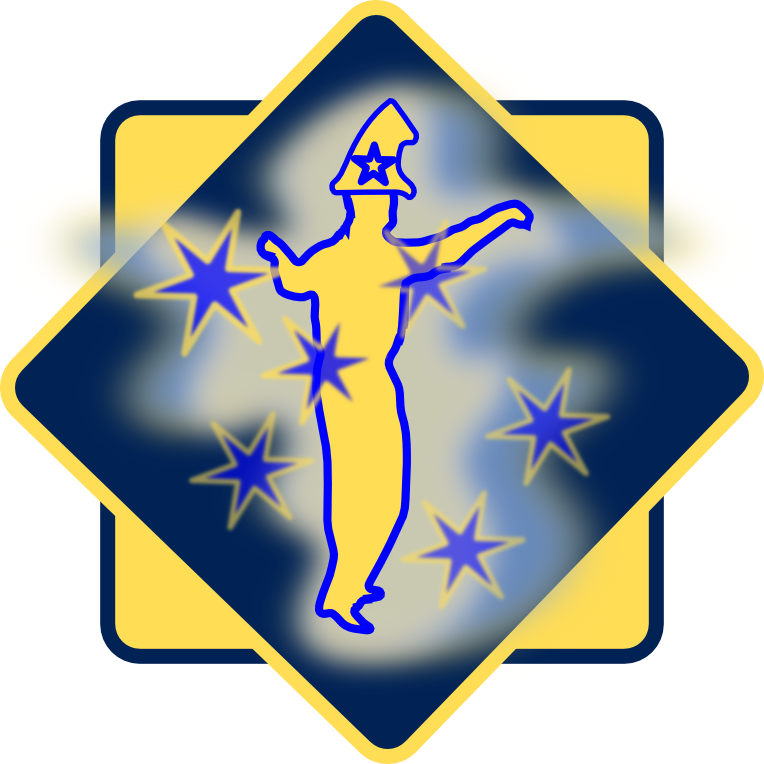 You have an unusual acuity with Magic that allows you to use spells of a half-grade greater power than would be possible according to your class. This can potentially give access to a much greater variety of Blessing, Ranged, and 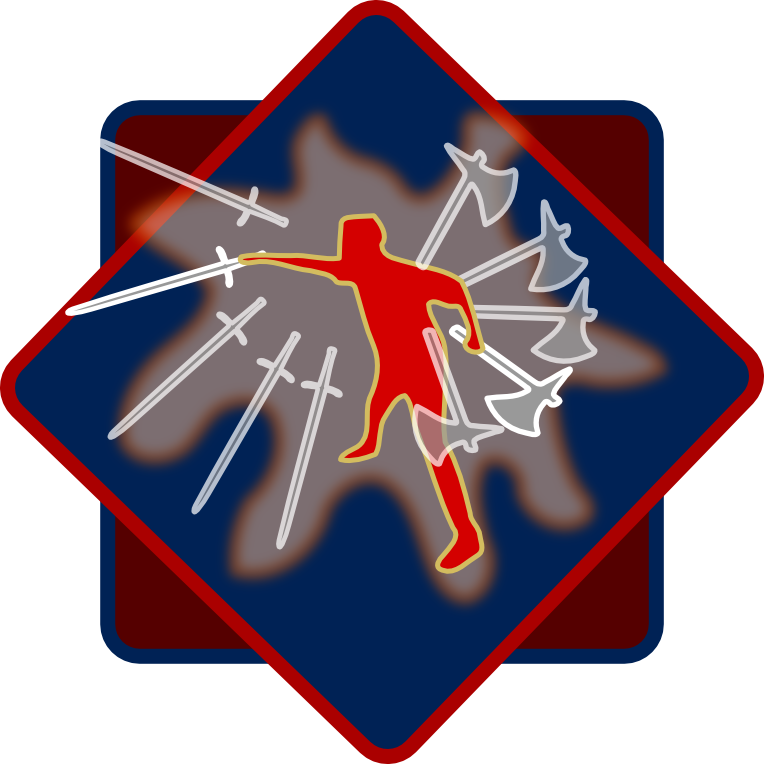 Your dedication to training with weapons is rewarded by an increase in the Arms Grade of the equipment you can use, equal to half a grade. This can allow even the Caster classes to wield heavy weapons and armor. 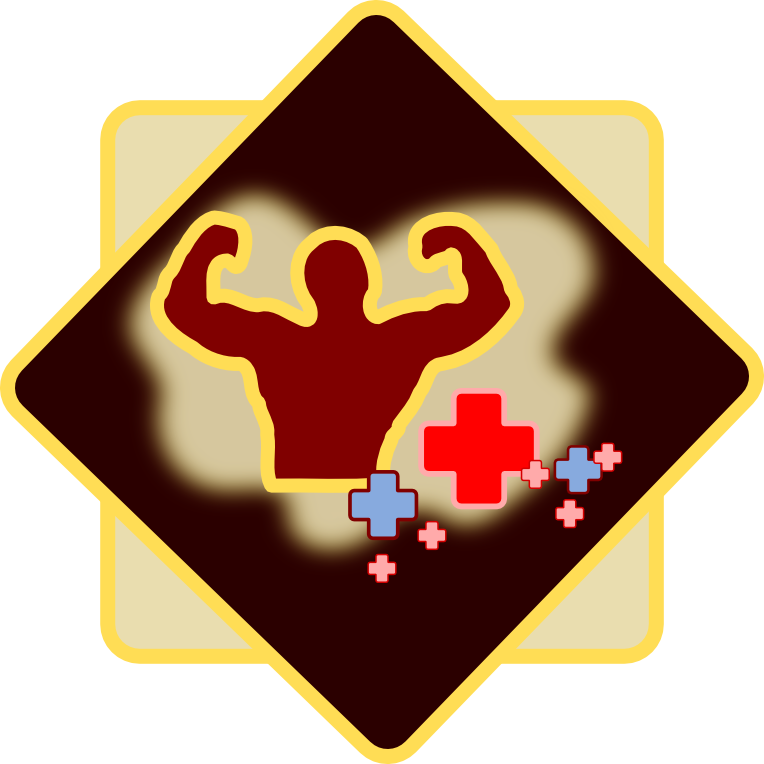 For whatever reason, your character is just harder to kill by conventional means than a normal character of the same class and level. You'll take a few extra hits in combat before faltering, and may be able to survive what lesser constitutions cannot. 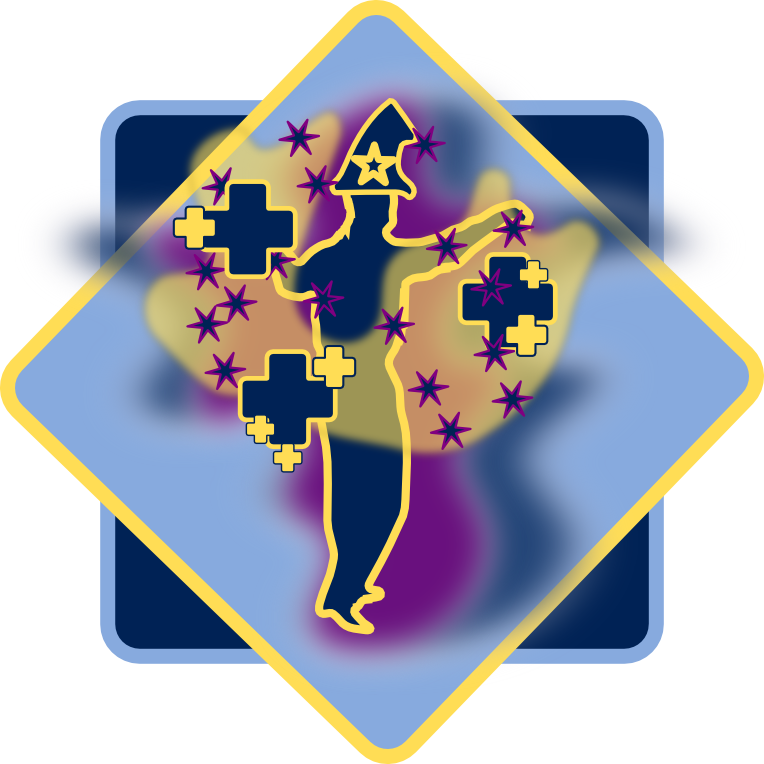 Due to a magical infusion of energy, your character is able to cast more spells, of higher level, than they would otherwise be able. This excess of magical energy can also be used to power Actions and Scenarios. 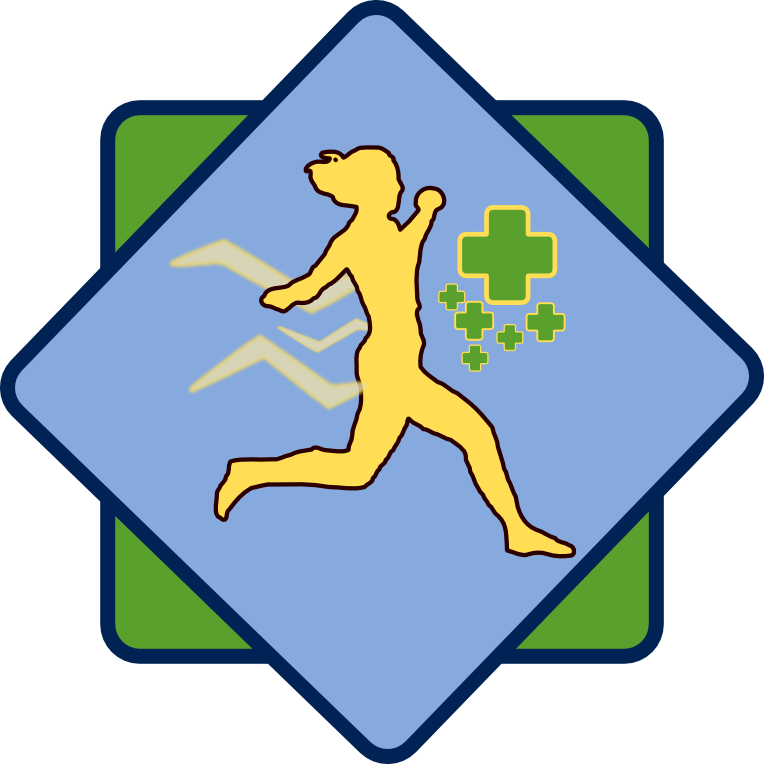 This knack causes a Character to become more inherently fleet of foot and quick of mind than the average. They'll gain a permanent upgrade in the form of Action Points, which can be used for any number of purposes. 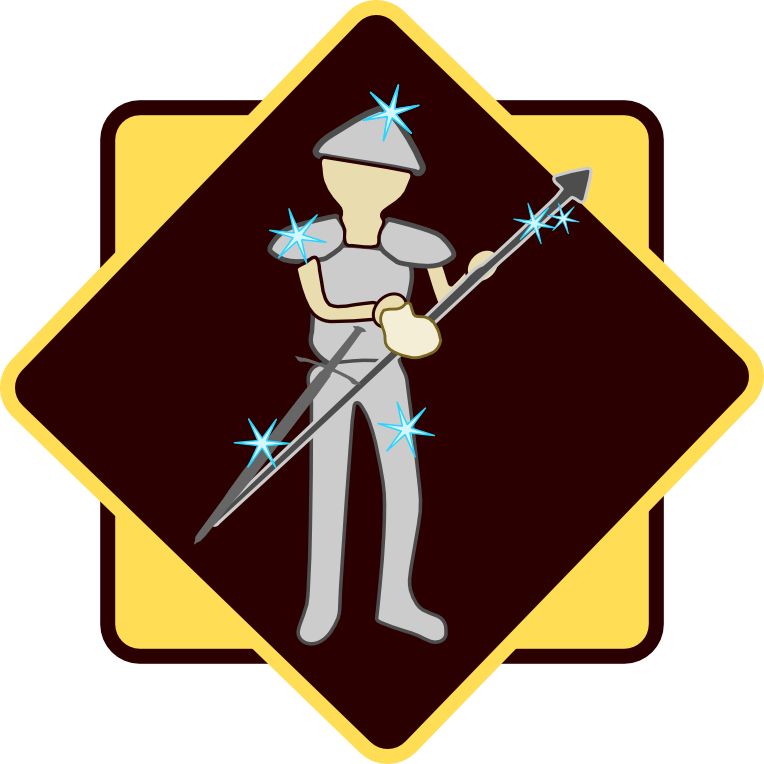 Your character is better than most at the maintenance and repair of their Gear, leading to an overall reduction in theUpkeep cost of that equipment that they choose to wear. 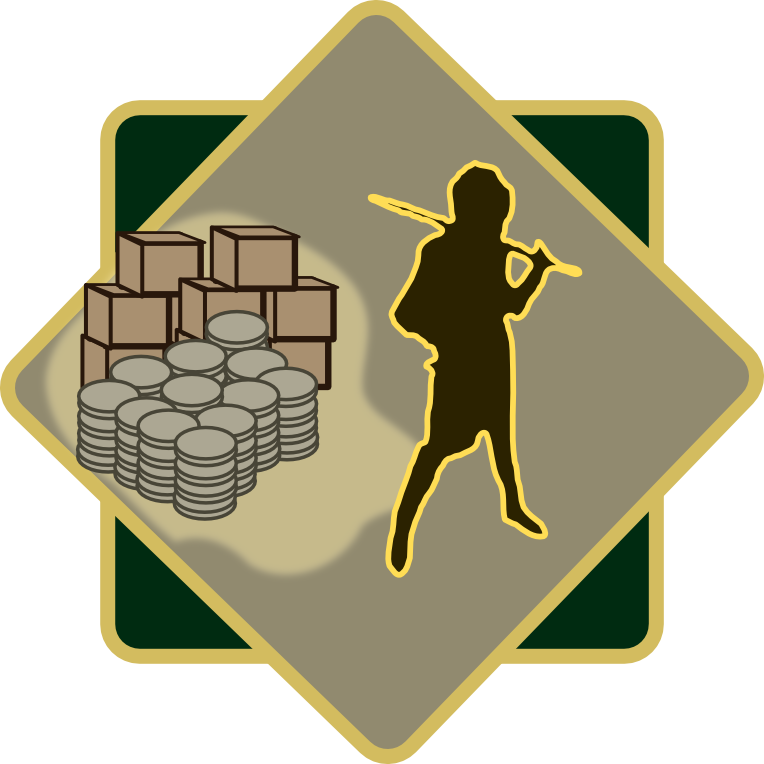 You've mastered the art of bilking your retainers, cheating your champions, and generally screwing the soldiery out of their hard-earned pay. Your Unit upkeep is notably less than that of more generous characters. 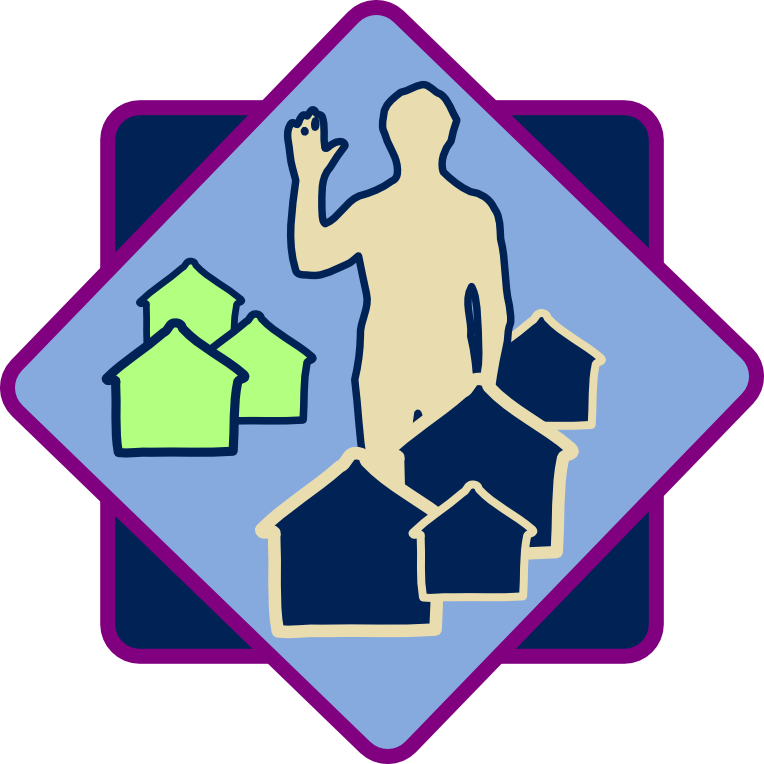 By nature, nurture, or possibly influence of religion, you've developed a more honorable nature regarding civic finances than most administrators. By ruthlessly sticking to the actual costs of things, rather than allowing the constant padding of estimates, you've managed to eke out a reduction to all Civil upkeep in your settlement. 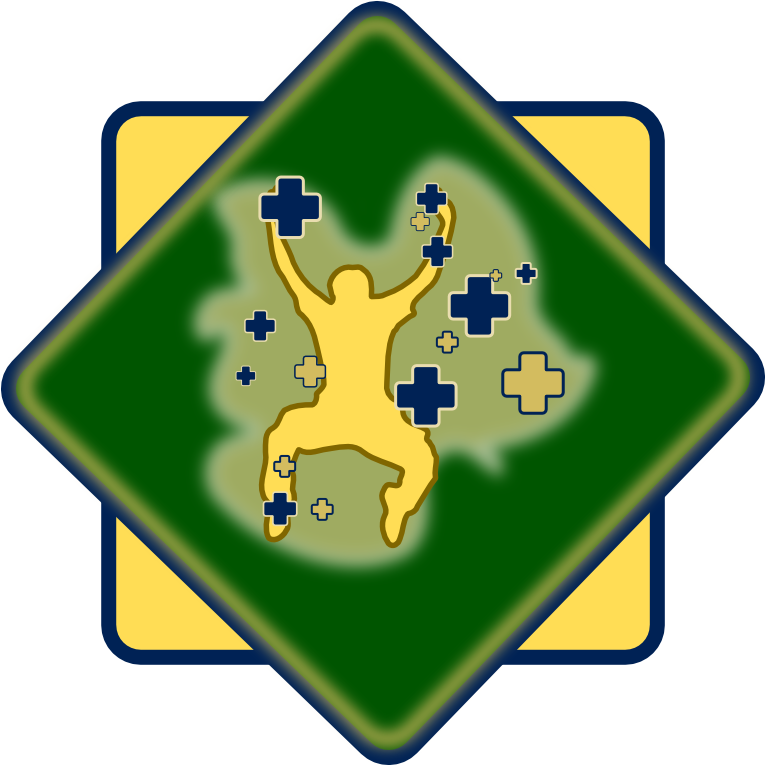 You are exceptional in one of the 18 Attributes available to characters in Brunelleschi, gaining a bonus to that score and all the related bonuses that come from that enhanced capacity. 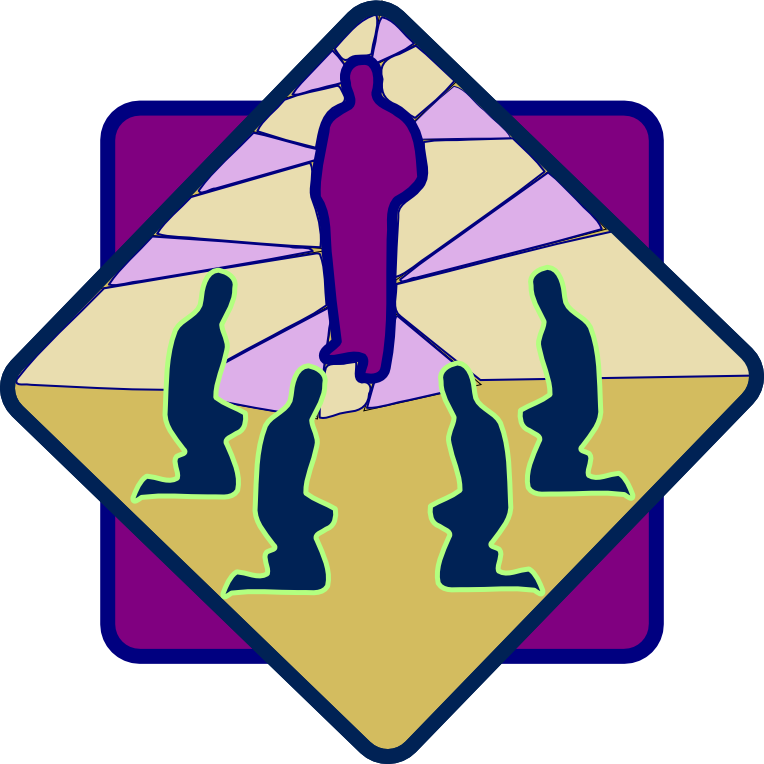 Even for a Lord, your character is a testament to the power of personal magnetism. Powerful people just like being around you, and people tend to regard working in your service as a privilege rather than an imposition.