King’s Conflict – the free and unique trading card wargame – has had another big update.
The game now has six maps rather than four, and features two new and very different terrain types.
First, we have deserts.

Desert regions generate no food, but do generate gold in the normal way – on the new ‘Oasis’ map in particular they are rather big, so worth a lot of gold if you can hold then. Deserts also damage any units that are caught within them – at the start of your turn, all your units with a food cost take that much damage. For most servants then this is one damage per turn, but for a few it’s two – there are also a few for which it’s zero. Many (but not all) structures have no food requirement, so these are safely placeable in deserts. Large deserts are daunting barriers to kings – as they move only one square at a time and will take one damage each move, they are unlikely to make it to the other side alive.
At present there is desert in three maps – it’s been added to the old map ‘The Island’, and is to be found in the new maps ‘The Volcano’ and ‘The Oasis’ (below). 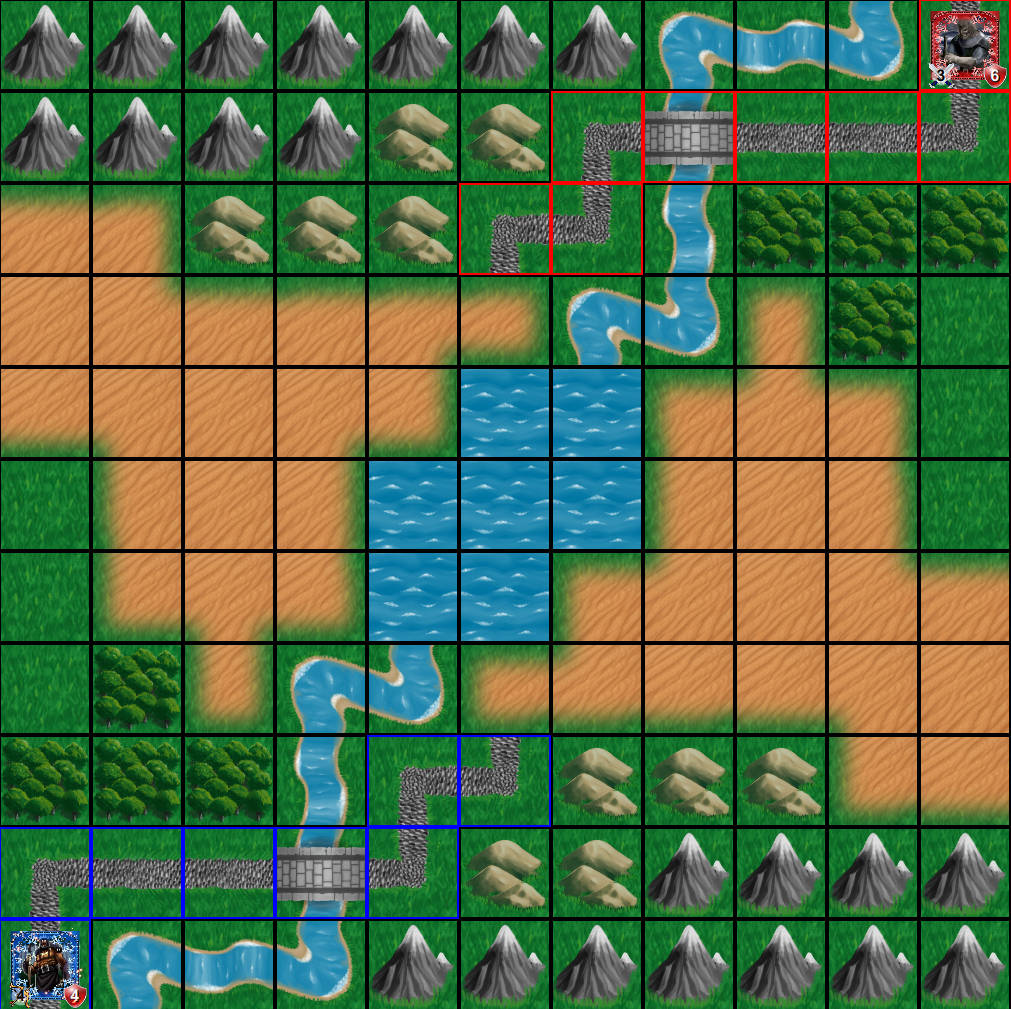 Second, and perhaps even more fun, we’ve added volcanics – a dynamic terrain type, with animated smoke to emphasize its dangerous nature. There are two types of volcanic tiles: volcanoes and lava.

These are the same for many game purposes - volcanoes themselves don’t form separate regions, they join up with lava to form volcanic regions, and the few servants that can enter volcanics (Lava Imp, Fire Elemental, Red Dragon) can enter both types. Volcanoes however are the source of lava spread – at the start of each players turn, a tile connected to the volcano is turned into lava. This works like a small juju – any unit caught by lava has a 50% chance of fleeing to an adjacent tile if it can, otherwise it will die. Structures of course can’t move, and will simply be overwhelmed. Spreading lava also affects the size and number of regions – it can cut regions in two. Lava moves ‘downhill’, so once it’s moved to plains, it won’t climb hills. It can and will expand into forests, deserts, roads or water though!
Small jujus can be used to separate lava regions from the volcano (to stop them spreading), or to convert the volcano itself to something else, which will halt spread entirely. The feared Big Juju can of course convert an entire region of volcanics.
At present, only one map has volcanics – ‘The Volcano’. See below – this screenshot is early in the game, with only a few lava tiles. As the game goes on, the central plains are likely to become completely engulfed! 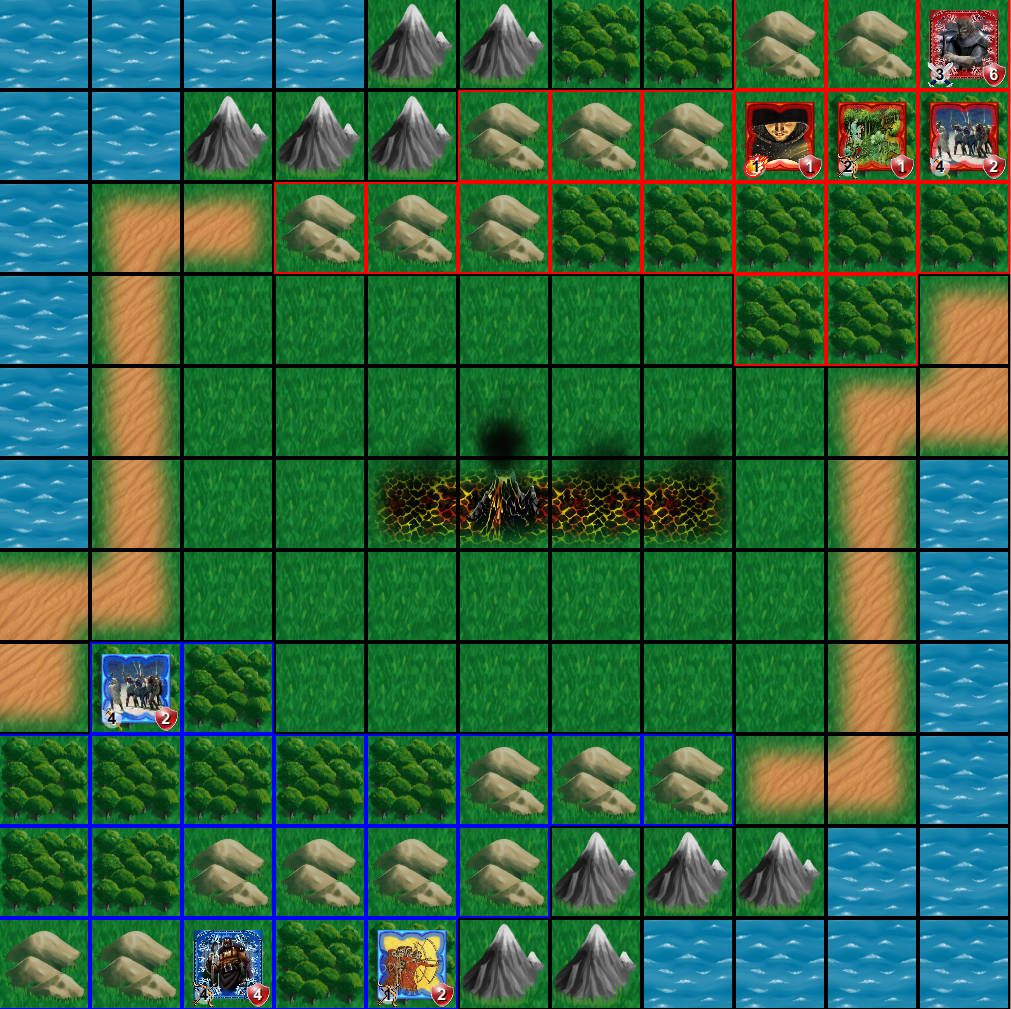