Oreol team is here! Time has finally come - today we'll tell you about coming update, its features and release date. The main theme of this update is global political system - we'll tell you how it's works and affects the world in many different aspects - from economy to diplomacy. Besides this update will bring us huge improvement in AI behavoir logic. Let's talk about all of it in details.

Pilitical sytem has two main aspects - territories and diplomacy. In one of the updates we've added straits (negative and positive) to our AI system. Now these stats have direst influence on the political system. Each fraction leader has unique straits that defines his or her strategy. For example, if NPC has the strain "Conquer" his strategy will be more aggressive. We've also changed the map, so now you can wee all the fraction settlemsents there: 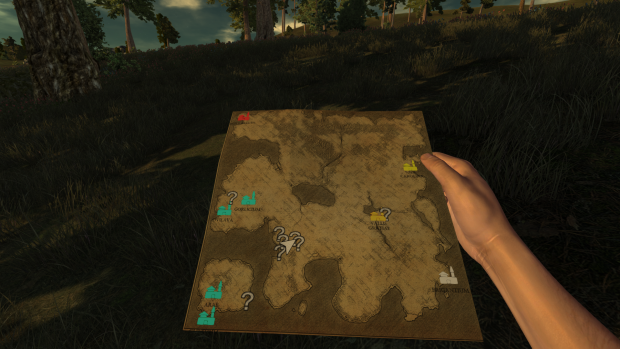 Diplomacy also playes very important role - on how sussessful settlement will be. Fractions can trade with eachother for now on - settlers will really took wares in one settlement and sell it in friendly one. But if your neighbor wants war - settlement need some protection. At this point we go to other new game feature - watch-towers.Watch towers are used to save your settlement from raids. There are four types of it in the game:

It is used to see your enemiy is coming, not so good for defence:

This one is used for defence as well. Enemy has to take it to conquer the settlement:

This tower is used for defence. By the way - it will be the first structure that need stone to be build:

And finally - this is the best tower to defend your settlement:

Of course you can attach your troops members to these towers.

There is no doubt - at the current state our AI is absolutely not perfect - sleeps on the ground, won't do jobs sometimes - you all know that:) So in this update we wanted to improove AI life and make it deeper at any aspect. The first big thing was done - animations in the houses. Now NPC can use their beds to sleep, tables to eat or read, shopkeepers now do thier job at the vendors table, tavern keepers are serving customers etc. 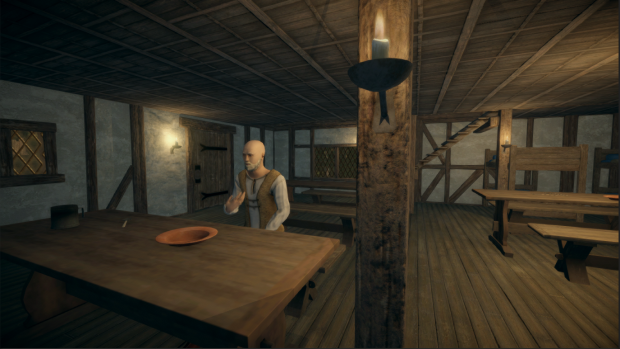 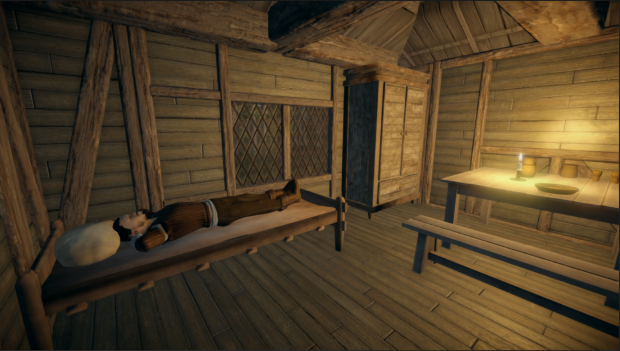 Also buy/sell system was reworked - now nps are buying much more stuff, not only the wood, so shops in game have much better functionality and real influence on economy. 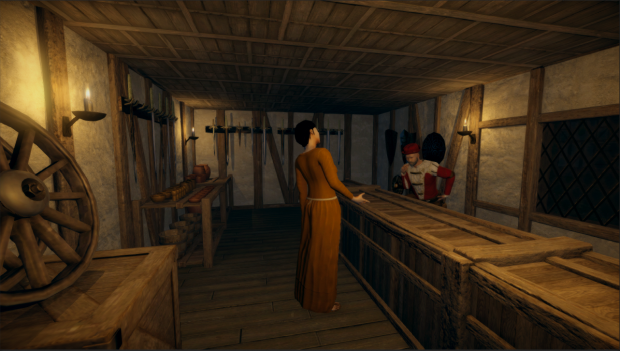 Previous version of the game was made with Unity version 5.3.3 - by this one we've updated Unity to 5.5.5, that allowed us to use new post effects by Unity Tecnologies. That is really cool because: 1) Game looks much nicer 2) FPS count has +20% performance. Just see the screenshots: 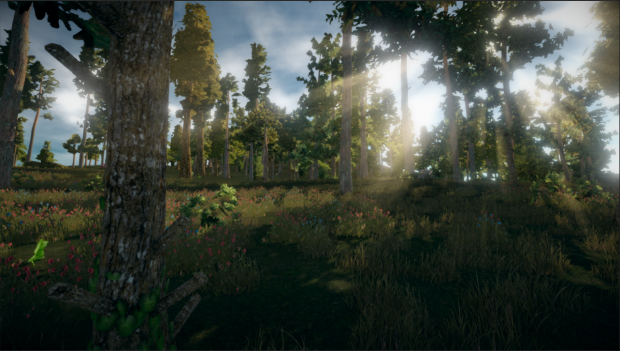 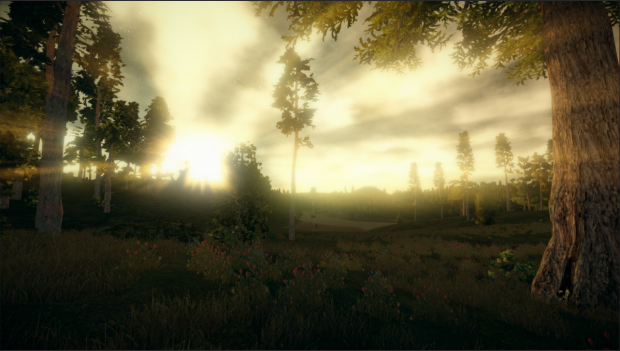 Though it seems, that the update is ready, give it to us - it's not, there is still a lot of work in war balancing, animations etc.etc. This update should have been done by December, but we were finishing our side project News Tycoon and were busy with Greenlight and prelease stuff. We thought, that it would be honest to compensate all this time we missed - so after full release of News Tycoon in 1 month (The game is particulary ready), all KINGDOMS players will get it for free. So, the following month we'll finish News Tycoon to get it done asap and after that - release all this cool stuff you've read. So, this update can be awaited in 4-5 weeks.

Hope, you liked all we told you today!

Have a nice play!

Is this still coming as it's been 3 months since the announcement of the update?