Carnage is something every healthy person should engage in once in a while, so here's an opportunity.

What-ho, lads and gals! Another big update running with a clear theme awaits you today. The theme is simple but truly befitting our favourite game, and really, long overdue. Carnage. And I don't mean in the Spider-Man villain sense. In our main mod, be prepared for blood, bones, body parts and a barrage of baddies. And if you stare into this black abyss long enough, you will find that... oh my God, it's full of mapsets! Seven, to be precise. Let us shed some blood.

Our main course is Wolfenstein Restricted by Blake Zuckerman. 31 maps for the Third Encounter, it used to be a WolfAddict release, sold for $8 + $2 as shipping and handling price. As you would expect of a mod sold for actual money, it includes numerous custom graphics. Almost all walls were replaced by vanilla-looking but entirely new textures, but more importantly, new static objects and enemy death frames give the whole thing an extremely gory edge. Expect to see a lot of severed heads. Some of which you can eat. They heal you right back up. Just don't come complaining if you develop kuru a few decades from now. Mapping is interesting but pretty inconsistent. Most levels are mid-sized slaughterfests (we've heard this song before, haven't we?), but there's a few tiny stubs and several obvious throwbacks to vanilla Second Encounter floors. Gameplay progression is intriguing, with many secret exits to find, some of which appear to take you to previously visited places.

I haven't discussed the story yet because I don't know if there is one. That's because there's no proper documentation attached; what docs are there are for the demo, they say very little and contain statements obviously untrue of the full version. For example, the readme says the full version will include many new enemies and weapons, but none of these actually show up. I suppose Zuckerman changed his plans at some point, or maybe the mod was never actually finished. Don't think about it too much, just go kill some Germans and drink their blood years before BloodRayne became a thing. 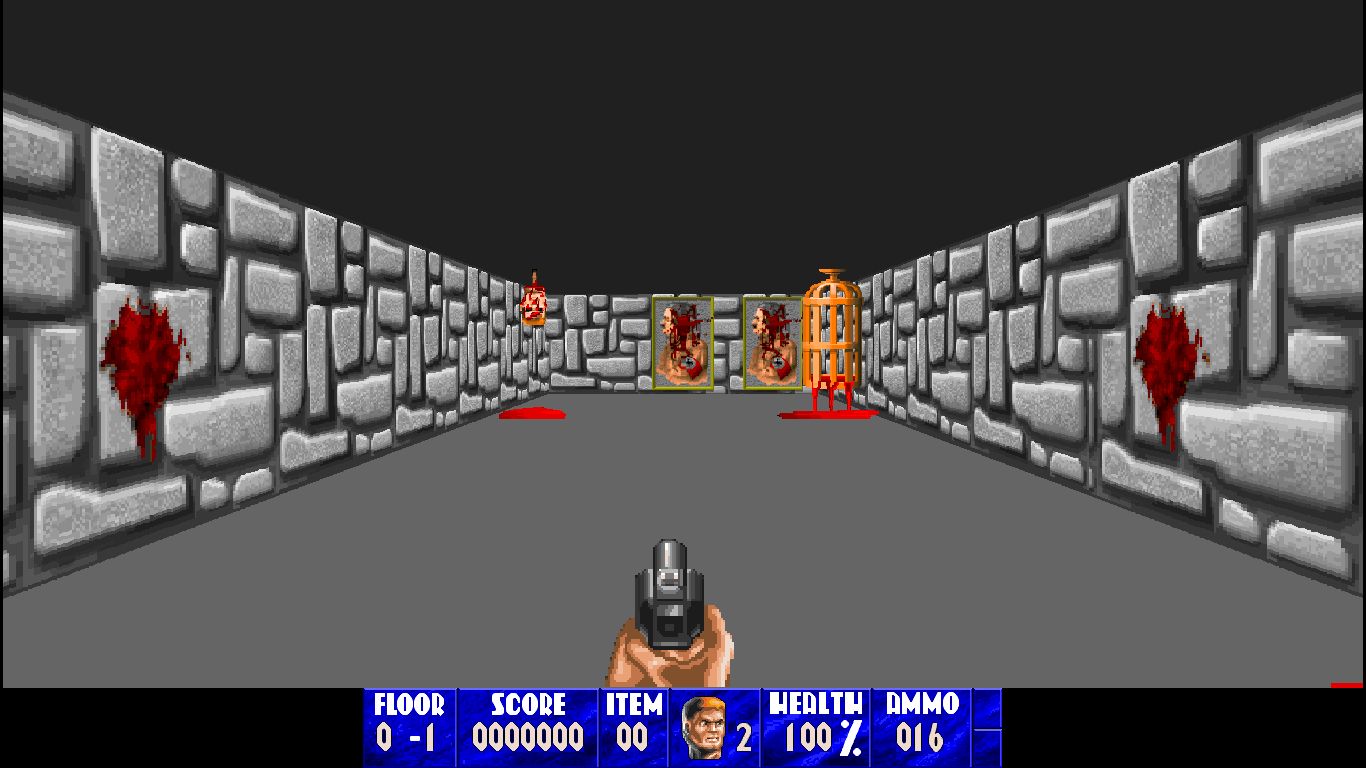 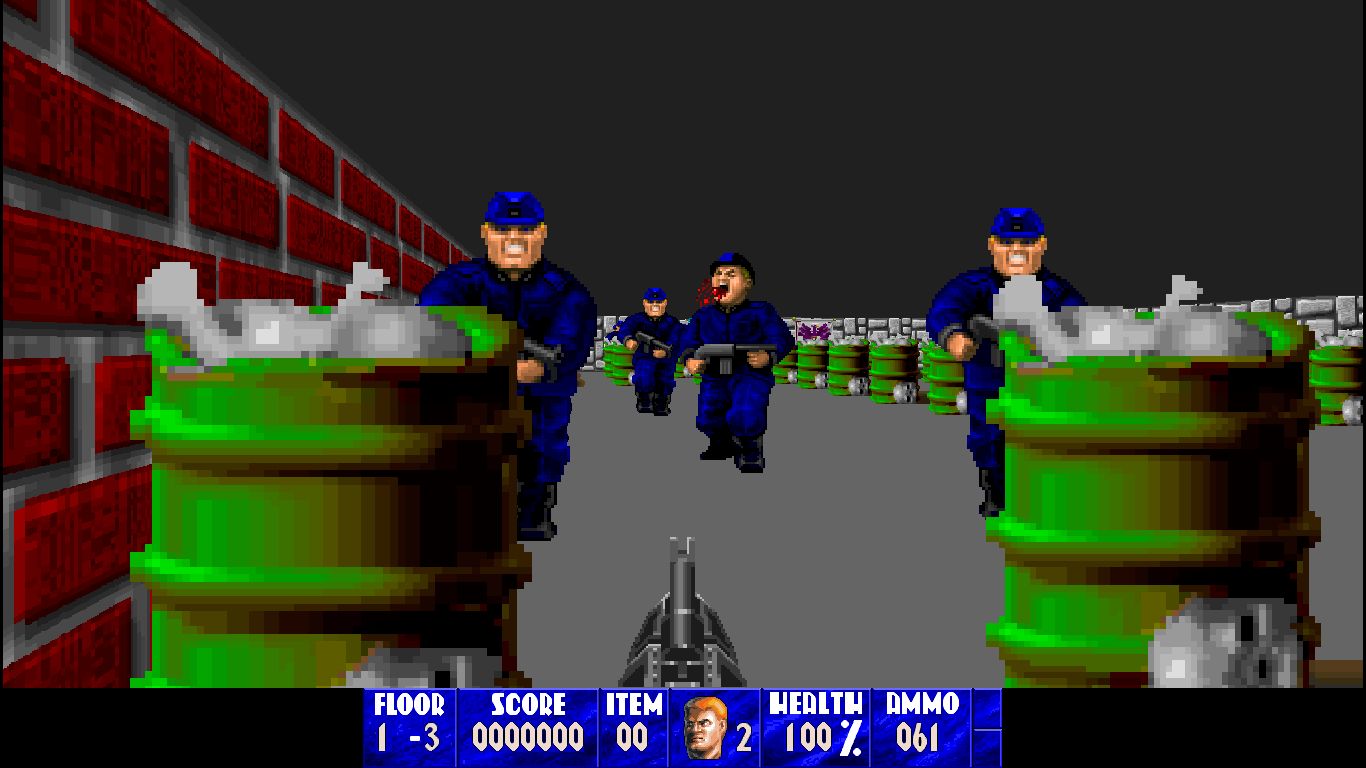 Now for the mapsets, in no particular order. Massacre Wolfenstein is made of three maps for the First Encounter. They are decently sized and feature increasingly serious opposition, culminating in wanton slaughter. There's no readme or anything, no info at all, we can only enjoy it for what it is. 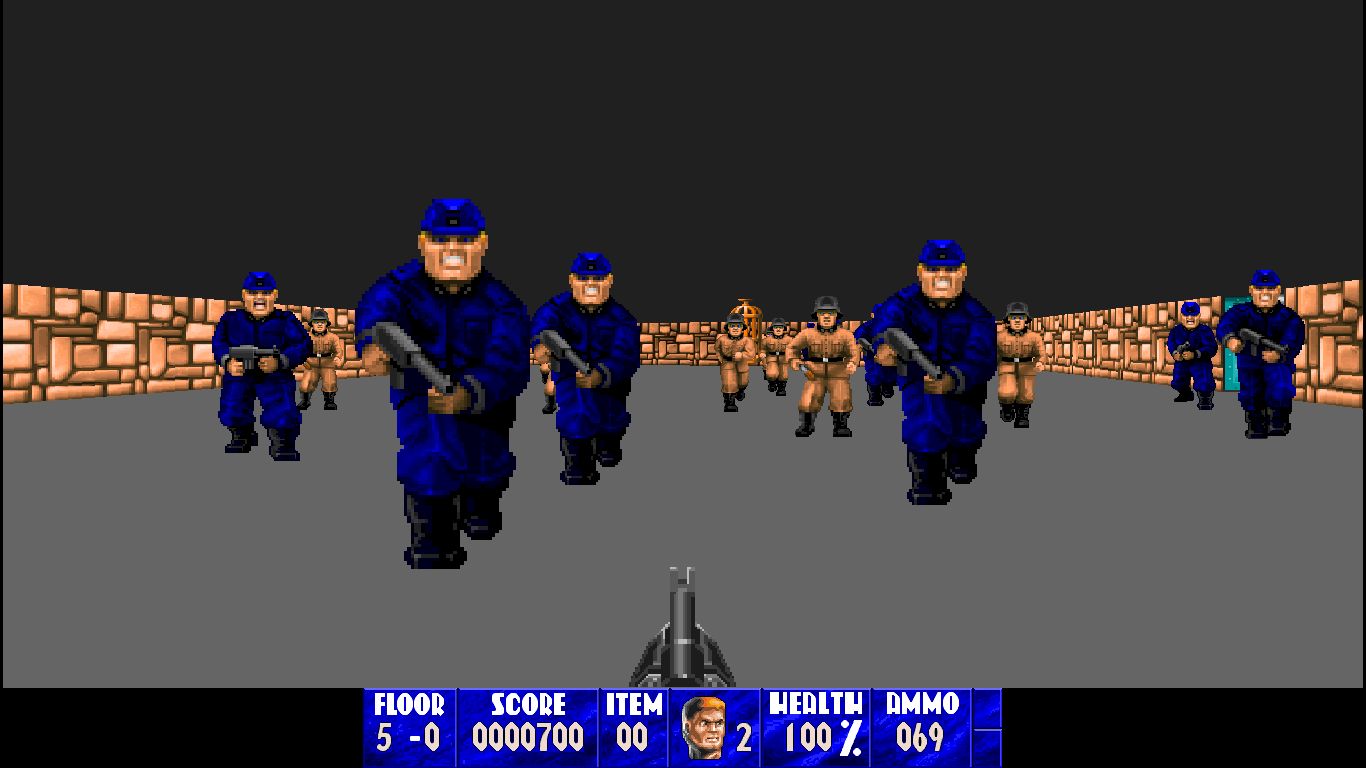 Carnage 1.4. Two maps for the First Encounter by Marco Vevna from Switzerland. As you can see, the name sums up our entire post. You will shoot a ton of basic guards in the mid-sized first map, then a host of SS in the teeny-weeny second one. Nothing more to it. 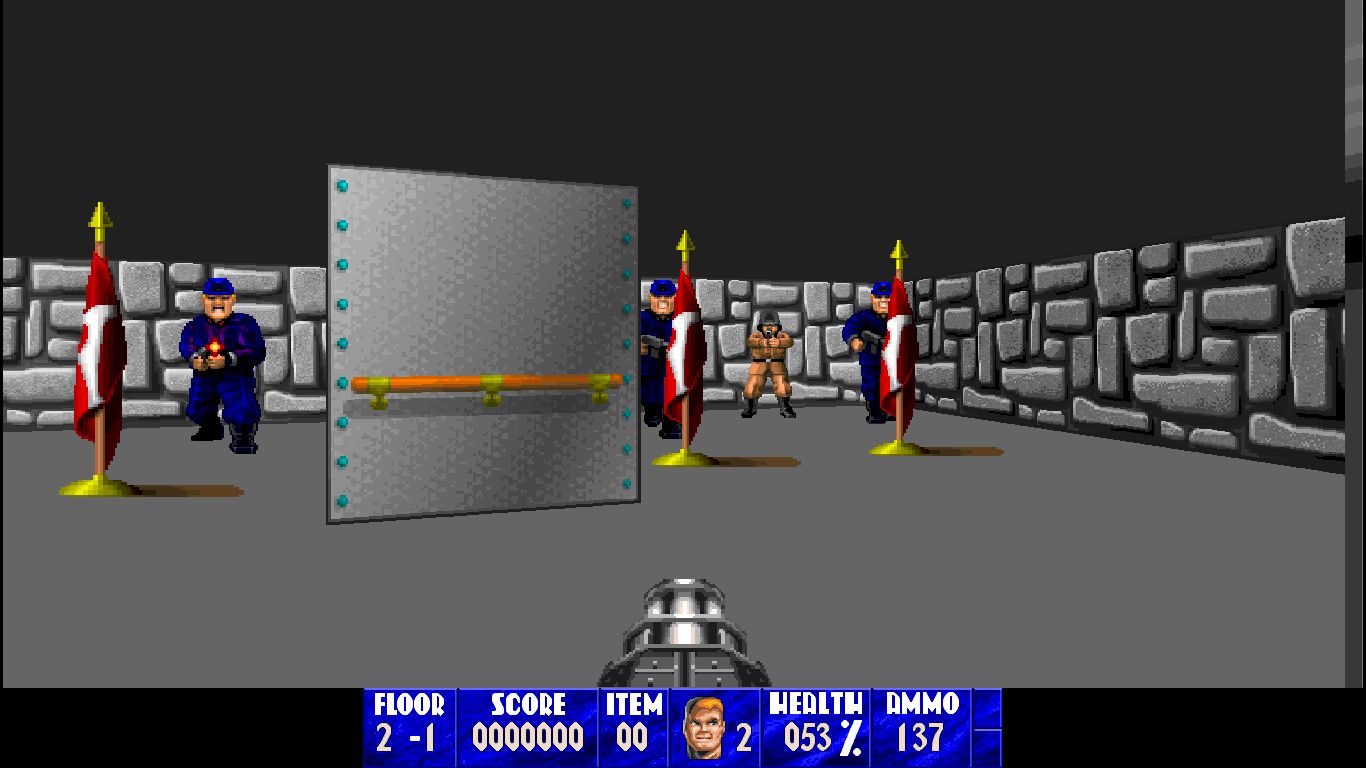 In Ultimate Carnage we have 10 maps for the Second Encounter. They are pretty large and designed with some flair, though later on the author's creative juices seem to have evaporated and the last two floors are very short, simplistic affairs. Nonetheless, there's some interesting stuff to see here, and obviously many, many guards to dispose of. Once again there's no story of any sorts, the author just tells you he tried to make things balanced, but you're free to add health in the editor if you find gameplay too hard. Most of us would consider this to be blatant cheating nowadays, but the old Mac scene mentality apparently used to be pretty lenient about these matters.

===CREDITS===
Joe. He gives his e-mail as Joe695 (at) AOL.COM. I bet 100 bucks it still works. Somewhere in one of the maps, the initials J.M.G. can be found, but we shall never know what they actually mean. Machine Gun? Massive Girth? Meddling Gremlin? Me Gaman? It's a mystery. 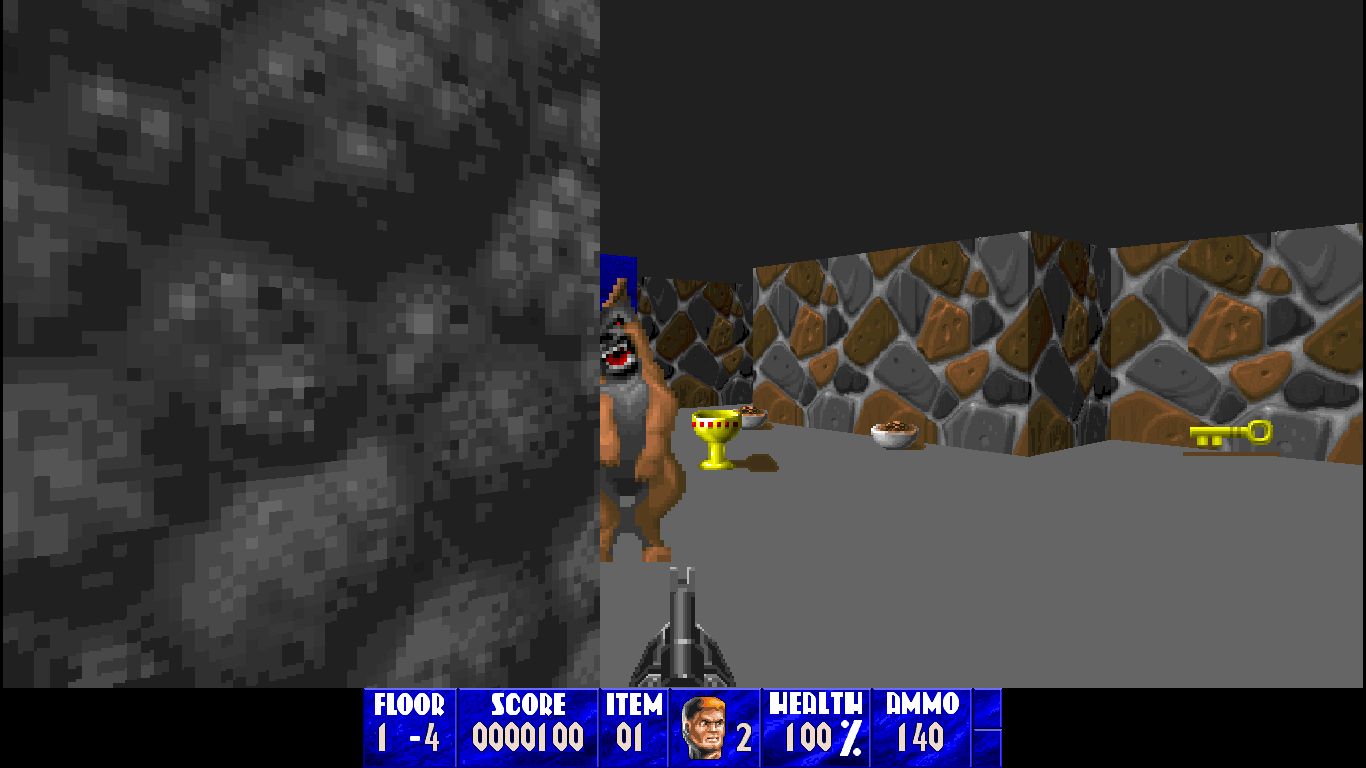 Blood n Bones is another First Encounter mapset with a telling name. Say hello to 11 more maps of pure murder. There's piles of bones lying all over the place, and as for blood, you must procure it yourself by taking the lives of oh-so-many hapless Nazis. Almost all maps are very small and compact, but not necessarily short if you're going for 100% completion.

===CREDITS===
Nobody knows. Clubey found and posted it though, what a great chap he is! 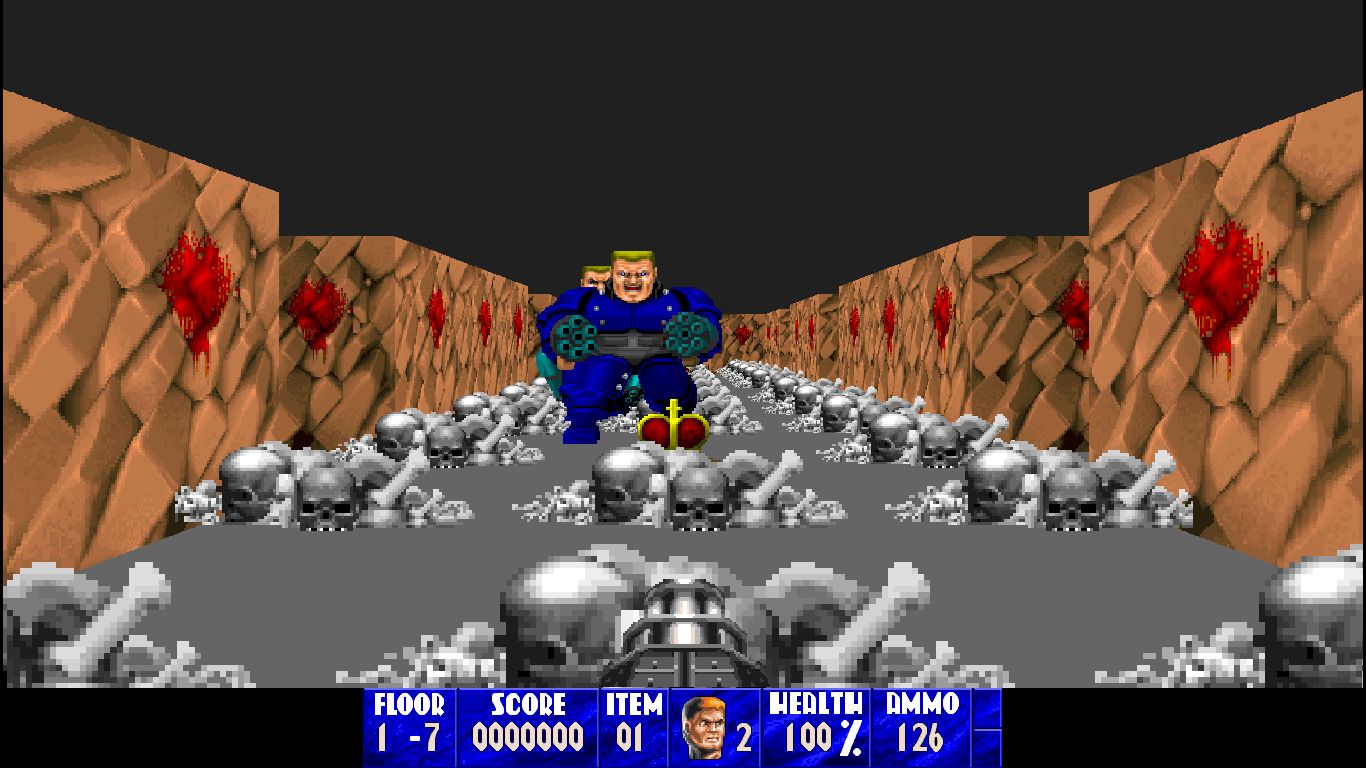 SuperCarnage! Oh boy, another nine maps for the First Encounter! The readme advertises this one as a "complete bunkers with views of the outside world", but what you really get is some extremely small, tight maps with a lot of guards in them. Par for the course. Several maps feature the brothers Grimm (it's funny because they were German too, you see?) and the entire second "episode" seems to have been set up as a challenge of sorts, as the author does not believe you can beat these levels without cheats. And by golly, he's right. When you're surrounded by bosses from all sides and diagonals with like three tiles to maneuver in, it's a lost cause. 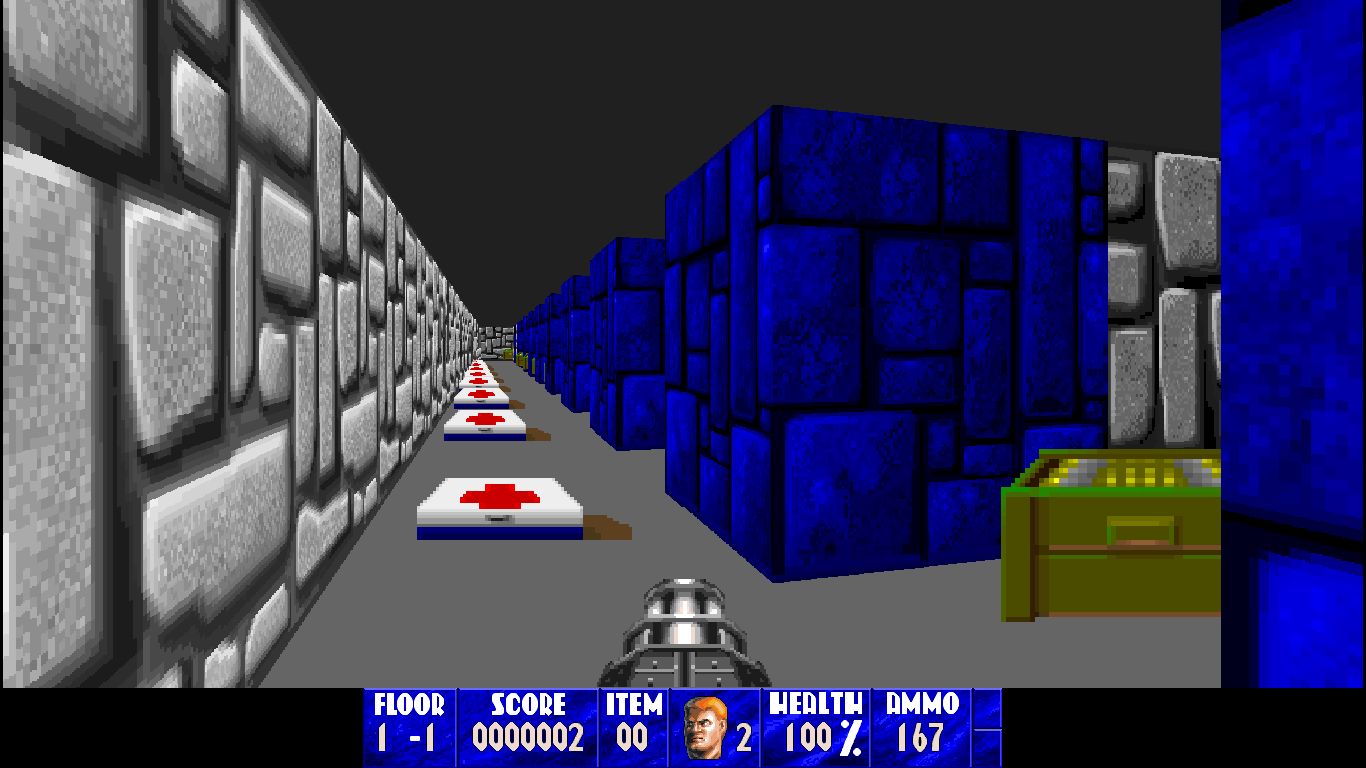 Now for The Skull, five maps for the First Encounter. Not a huge deal, just some fairly decent levels that slowly grow in size before peaking at a floor where the titular skull is featured, complete with a horde of enemies and bosses. There is no storyline and no documentation that I know of. 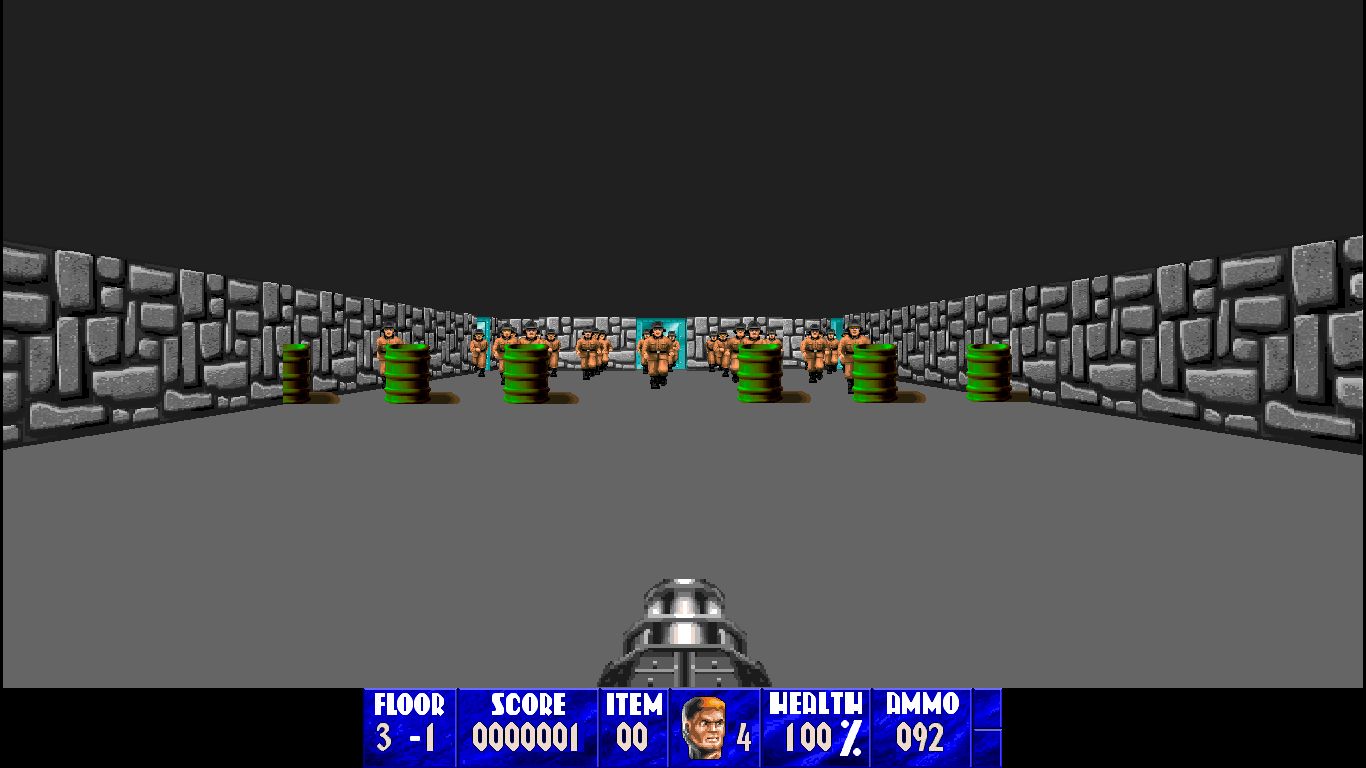 Time for the final mod (phew) and it's a doozy. The scenario file itself is called Ultimate Carnage, but the folder name is WolfenCarnage and that's what I'm going with. Ten maps for the First Encounter, to nobody's surprise. We get a curious storyline to accompany the mod: although the war is over, Hitler is dead and Germany is under Allied occupation, they're still powering up for another war. You decide to attack them again, but they got too strong (imagine that, an entire country being too much for one man). You were captured and must escape, killing hundreds on your way. The maps themselves are in fact a delight, often throwing one back to the sadly bygone times of famous FEAROV.zip, not nearly as sublime perhaps, but worthy of the comparison. A bloody brilliant Wolfenstien mapset, highly recommended. Play with the codes only.

===CREDITS===
Sadly the mapper did not think it right to introduce himself. 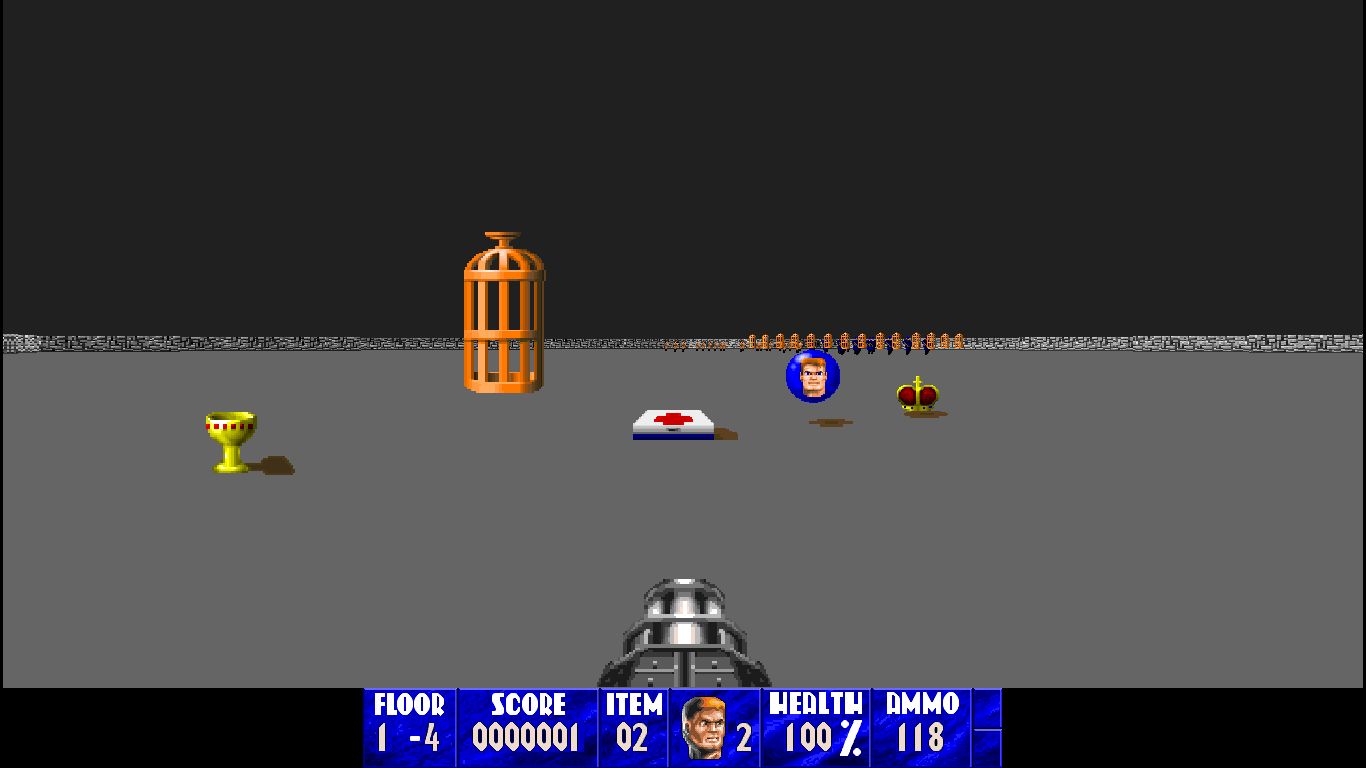