One More Week of Pledge Drive

The Kickstarter is still going full-steam ahead with 1 more week remaining. Now's the time to pitch in your 2 cents (or 2 dollars) and show the Kickstarter community that AArcade is worth paying attention to!

During last week's publicity run I put together an Imgur post that explained how AArcade works, especially in user-hosted multiplayer servers. It really illustrates how AArcade is so much more than just an emulator frontend; it is a UI to your entire PC and the internet itself! Check out this popular Imgur link to see what AArcade is all about, or to share with your friends: Imgur.com

That Imgur link explains how Multiplayer works using 1 user's space as an example. But did you know that EVERY arcade in AArcade can be hosted in Multiplayer mode? This includes the hundreds of thousands of community-made addons! Take a look at some of my personal arcades below. Each one is just as in-depth and jam-packed with information & entertainment as the Casino Imgur example:

Thanks to everybody who has aleady pledged, the AArcade Kickstarter has reached its first funding goal! This means that AArcade will stay in Steam Early Access until the end of January while I continue to work full-time on feature requests. Also a new map will be created during this month called the Kickstarter Arcade which will be all packed up and ready to go by the end of January as well.

If you pledged to one of the higher reward tiers, please be patient as I will be sending out the rest of the reward unlock codes when the Kickstarter concludes!

I have a 3D artist friend standing by to work on AArcade during the month of January. If this goal is reached, the extra $500 raised goes directly to him. He goes by the name Black_Stormy (aka Abraham Brookes) and his quality work can be seen in published games such as Double Action as well as in popular community addons like Left 4 Dead 2's Journey to Splash Mountain. His projects have even been featured in the print magazines such as PC Gamer. You can see samples of his work in his portfolio here: Modelsforthemasses.com 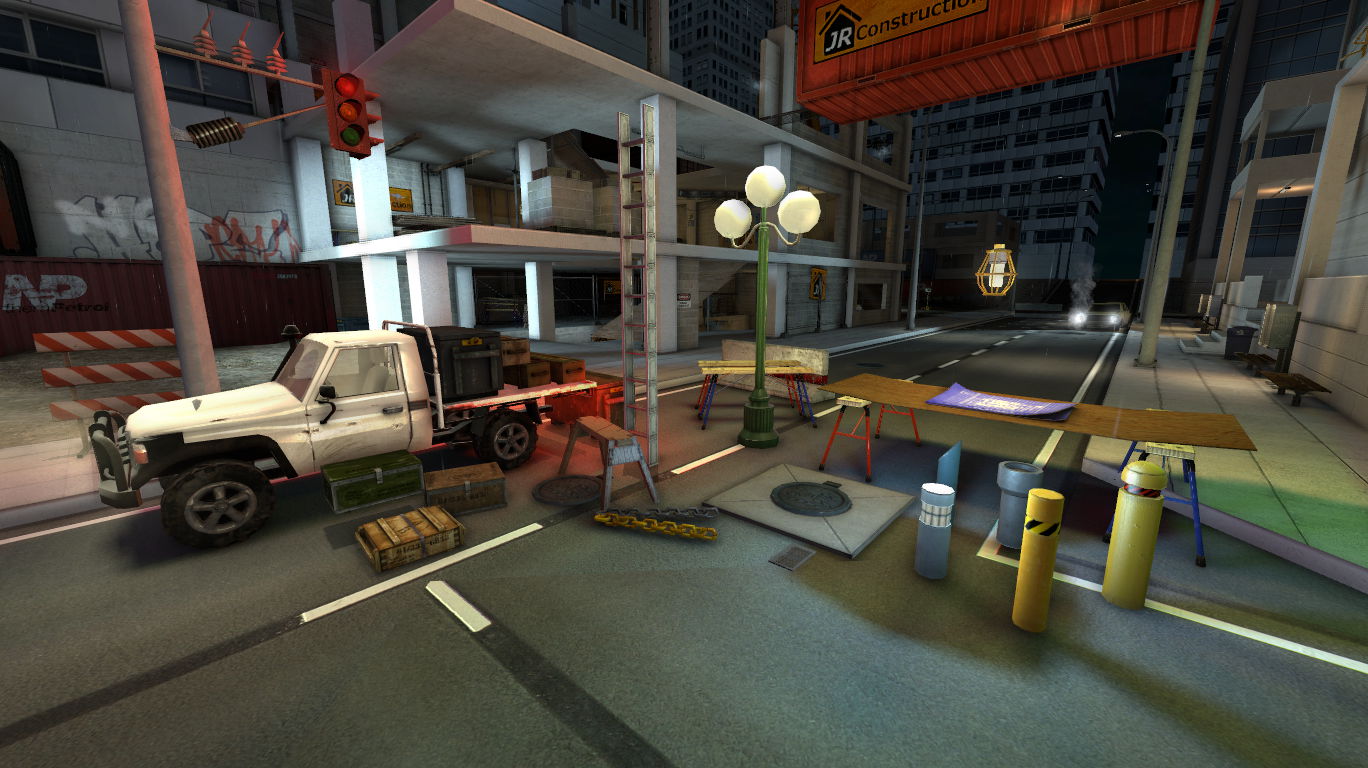 You might recognize some of the work Black_Stormy has already donated to AArcade such as the Flatscreen TV model used on the Band Wagon reward, the Keyboard prop, and those fancy shaders on the Skeeball machine and upcoming Dance gaming cabinet. If AArcade's 1st stetch goal of $1,500 is reached, the extra $500 goes directly to Black_Stormy as he works overtime with me creating new cabinets, props, and map decor for Anarchy Arcade's end of January release!

If you're running out of room in AArcade's default maps, that's no problem. AArcade is compatible with hundeds of thousands of addon maps thanks to its game content mounting system. This allows you to use maps and art assets from over 30 other games in your custom Anarchy Arcade creations. These mounted assets are used directly from their regular game folders; no extra copies are made. This is all thanks to the Source engine's powerful cross-game asset system. All you have to do is have the game installed that you wish to mount, then it will appear in Anarchy Arcade's "Mount Content" menu. After you put a checkmark next to the game you want use, all content from that game (maps, models, and textures) will be available in Anarchy Arcade.

I'd like to draw extra attention to PVKII, Jurassic Life, Fistful of Frags, and Perfect Dark: Source as I had an extra fun time building my arcades on those maps, personally.

Last week the community member "o0splitpaw0o" pioneered the first working AArcade dedicated server! This is a big step in building a long-lasting AArcade community. Dedicated servers can be ran 24 hours a day with zero down time; providing a persistent public VR location for players to congregate at as opposed to all the private parties that pop-up on the server list currently. There are still improvements that need to be made to AArcade's code before official dedicated server support is offered, but if you know HLDS and want to give it a shot you can take part in the forum topic here: Steamcommunity.com

Special thanks to o0splitpaw0o, Bucky and Kid_Sphinx for helping develop the current dedicated server solution!

I'm personally streaming live on twitch.tv/AnarchyArcade all week long, answering questions, demonstrating AArcade, playing games, and calling it a Kickstarter Pledge Drive! Be sure to drop in with any questions you might have, or if you just want to see what AArcade is like in action! There's more news to share, but I'm running out of space in this article so stay tuned for future updates! Game on!