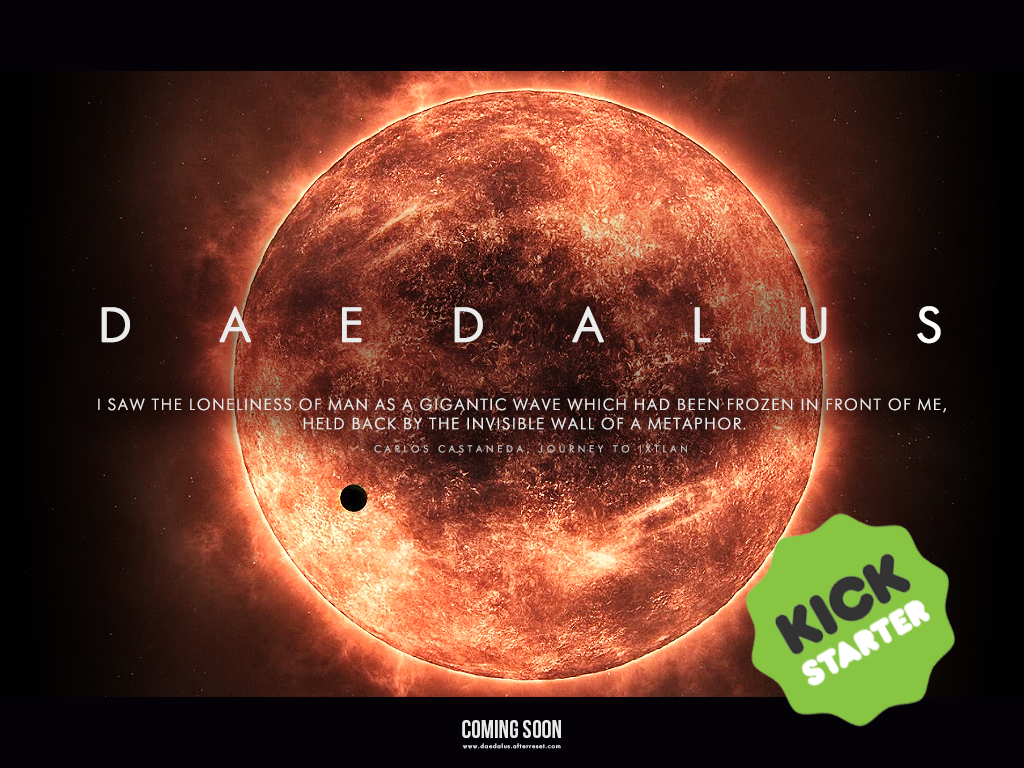 In Daedalus, you play as astronaut Matt Cramer, an engineer aboard the Daedalus Space Station. Over the past year, the Daedalus crew has conducted an orbital exploration of Venus and the Sun, and now only thirty days remain until the next crew rotation.

Spirits are high and everyone seems eager to return home, but Matt’s dreams are plagued by prophetic nightmares of death and destruction. As the days count down to zero, strange events unfold. Crewmates succumb to accidents or rumors of murder, communications go dark, and everyone grows increasingly on edge as conspiracy theories abound. Though help is on its way, Matt must survive until it arrives.

For detailed info about the game’s story, concept art, budget, timing and more check out the Kickstarter page Kickstarter.com !