With the launch of the Kickstarter Project the demo has also gone live for you all to play!

The Kickstarter is live!! Find it here -
Kickstarter.com

The demo is available on the Kickstarter page but also here on indiedb.com
Download button

The hardest issue I have had is creating a buzz for the kickstarter which I still have yet to truly do. Its very difficult to get your game out into the big world for all to see. I have contacted a small number of press and only received 1 response from 'indiegamemag.com' admittedly gaining 1 response is something to be happy about from the way other developers are speaking!

The plan for today is to send out around 50 emails and contact all the press and you-tubers and twitter accounts I can find with some relevance! This will hopefully be enough to give me a small boost at the start and get some coverage. Later on I plan on launching the Green-Light campaign to bounce traffic, (a busy day indeed).

I have decided to use GIFS on the Kickstarter page as it allows a more visable approach to what the game is about.

If the project reaches its goal it means I can go full time on this game getting it out much much faster than without! 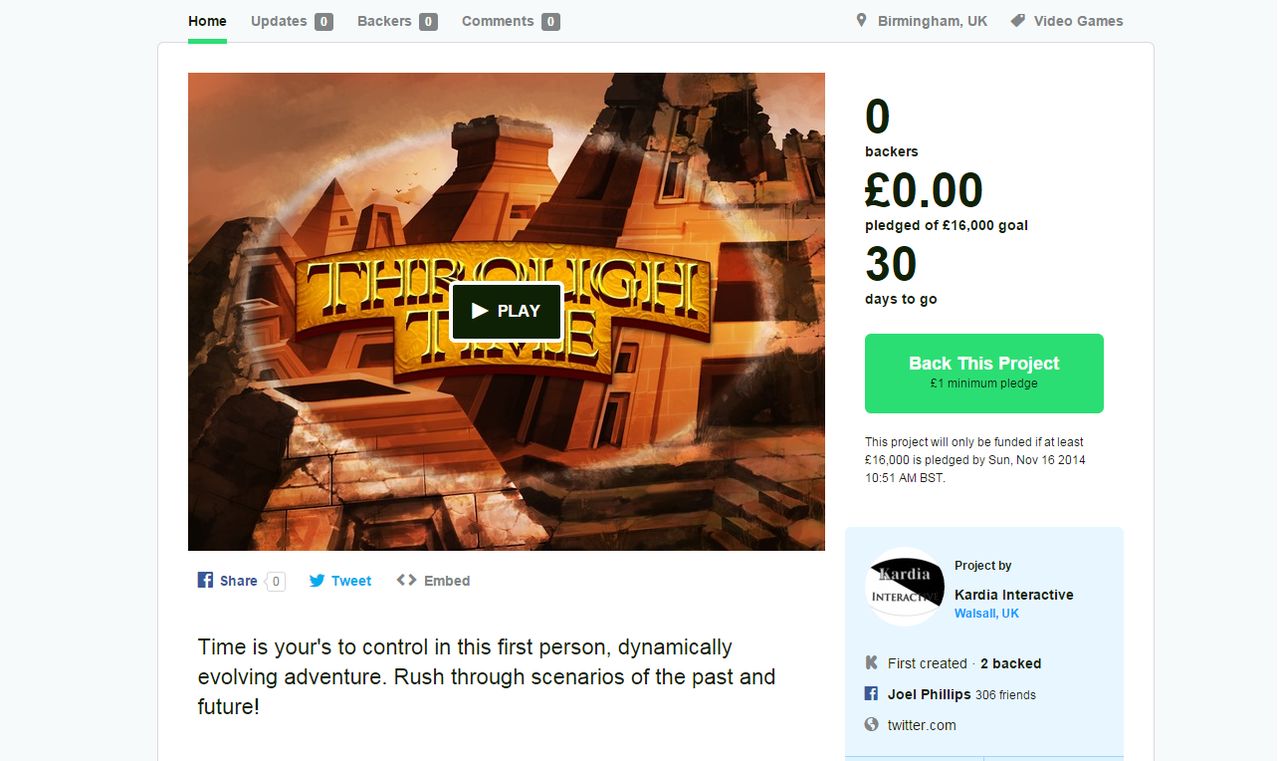