We talk about Bowbarian's Tile-based Maps and Stages in this campaign update.

Our Kickstarter has entered it's second week. (Woot) We've talked briefly about the various aspects of the game on our campaign page. But I think it's time to go more in-depth about what makes Bowbarian--Bowbarian! Today, I'm starting with our Tile-based Maps and Stages.

When we first prototyped Bowbarian out, it was a simple arcade action shooter. The game took place in a single room with different stages and your goal was to survive waves of enemies. That was last summer (when I was making the art for the game). Behold! Beard Bowbarian!

Thankfully, our art and gameplay have changed a lot since then. The story of Bowbarian and Tiny’s quest to get the Lunaria back added a new dimension to our simple action game and in my opinion made it much more interesting to play. We wanted to keep the short, fast-paced action of our earlier version while including a mechanic that players could use to seek out Bazzini just like Bowbarian and Tiny in-game. Our answer to that was Tile-Based Maps. 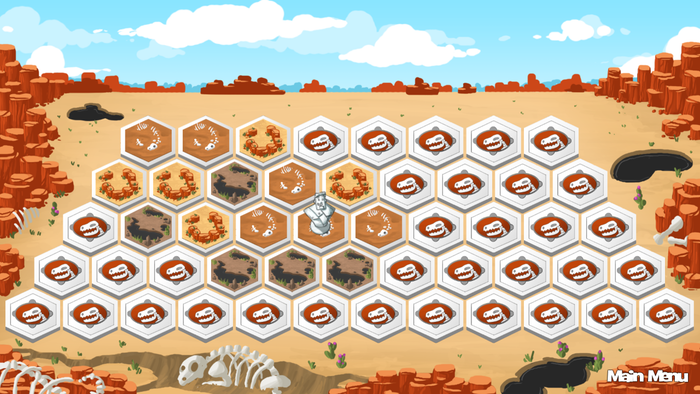 At the start of each game, players begin on the Bonelands Map where they must search through the various stage tiles to figure out where Bazzini is hiding. All maps in the game are made up of procedurally-mixed tiles which give players a different set of stages and events to play through each time. These tiles can include fighting-oriented stages or event-type stages. And these stages take place in severeal biomes which affect what types of enemies players will face and also the kinds of discoveries that can be made.

Since there are 50 tiles at the moment that you can search through, we needed to keep each stage short but enjoyable. When you enter a fighting stage, you might find yourself in an Arena-type fight where you must survive several waves of enemies or a Gauntlet-style stage where you must fight your way through corridors and rooms filled with challenging groups of enemies to make it to the end. Once you’ve completed a stage, you’ll return to the map and pick where you would like to search next. 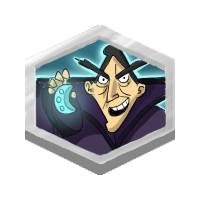 As you maneuver around the map, you’ll eventually uncover Bazzini’s tile - which will take you into the final boss fight for that area. It’s up to you whether you head directly to him as soon as you find his tile or you can choose to keep searching through the stages for a chance at better loot or unique finds. There are Wandering Champions to encounter on every map (our version of Mini-bosses) as well as story-driven events such as the one we spotlighted with Thali. She’s on a quest for a little rocky revenge and Bowbarian and Tiny might just be the help she needs to take on the biggest rock of all! (Not that she needs help ^_~) 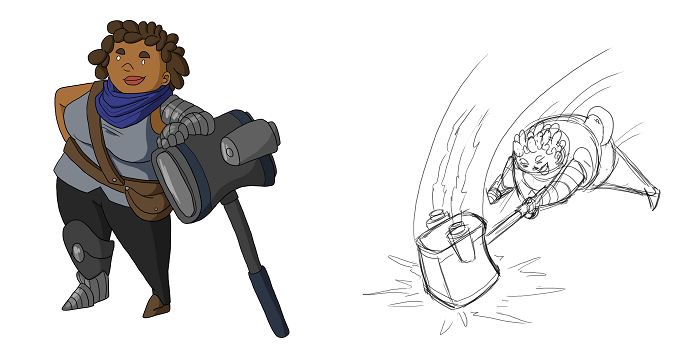 Since Rhona is an ancient world, there are also many ruins and fragments of history that can be found in various stages. But since they are from a forgotten past, Tiny is the only one capable of reading them. When you find something that can be interacted with, a Discovery point will appear. This will allow Tiny to decipher what is written there. And who knows? It could be something that could help you out along your quest or a time honored recipe for chicken stew. As curious as Tiny is about the outside world, I’m sure he’d be interested in either.

However you choose to clear the map, you’ll always find something new and unexpected--especially with the Lunaria System in play! But that is for another update. I hope you enjoyed learning more about Bowbarian's Maps and Stages. Please look forward to more info about our favorite Bowbarian.

And if you would like to support Bowbarian, please check out our Kickstarter here: Kickstarter.com

Thanks for reading! Until next time ~Heather