Hello everyone! My name is Andrey, I am a game designer and the head of the Lapovich Team. Today we'd like to share our first official blog post about our upcoming game - Kapital: Sparks of Revolution.

Hello everyone! My name is Andrey, I am a game designer and the head of the Lapovich Team. Today we'd like to share our first official blog post about our upcoming game - Kapital: Sparks of Revolution. 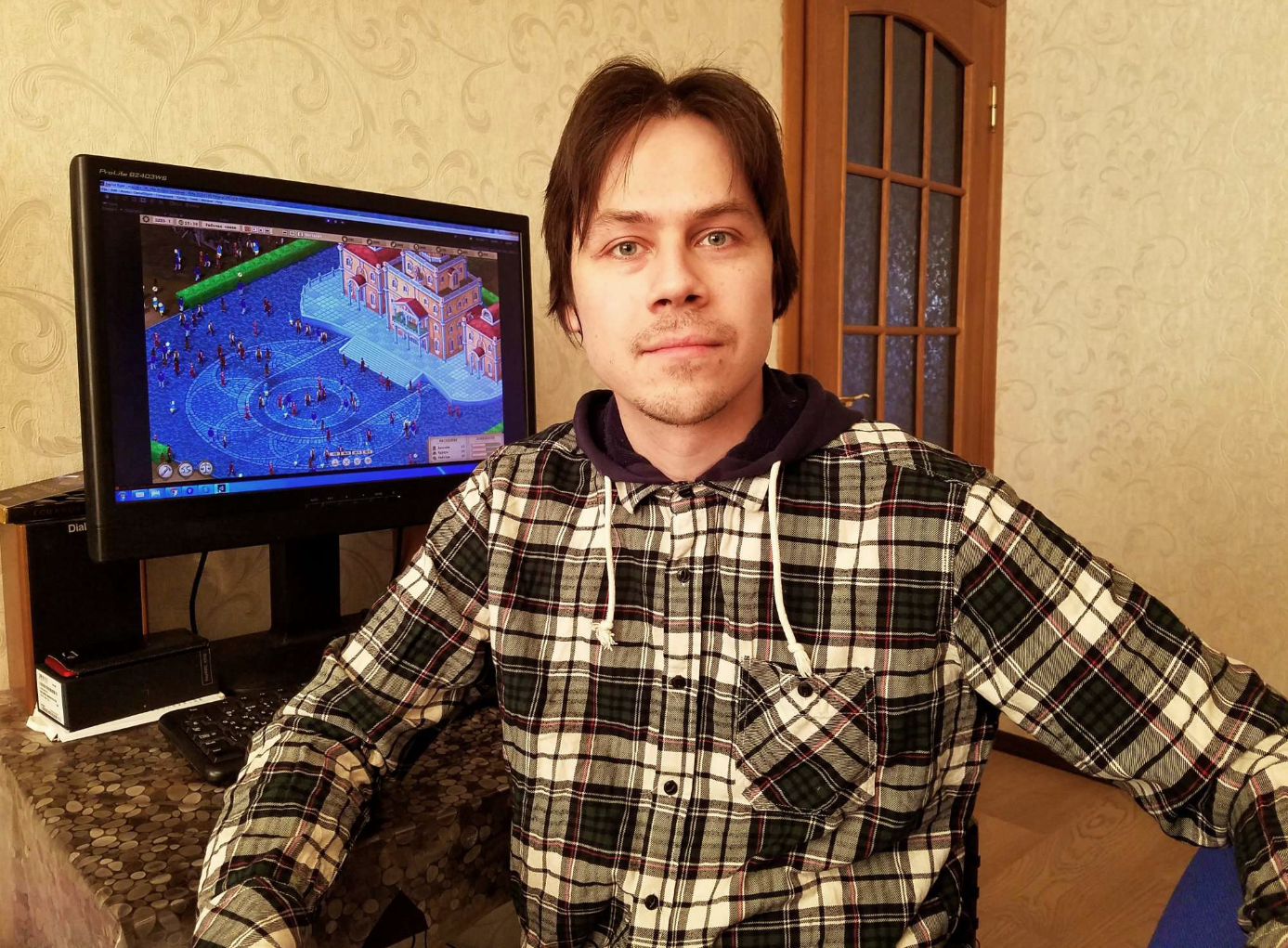 When we started working on Kapital in 2018, we could not imagine how many difficulties we would have to overcome to create this game. The idea of the project is to make a citybuilder, in which the player cannot make all the inhabitants happy. And while one half lives a quiet, comfortable life, the other half eats the last cracker and goes out into the streets to sweep away the criminal power of the player in a mighty rush.

The plan was to create a demo in 2-3 months, present it to publishers, sign a contract and calmly engage in development of the game. The first 2 points were implemented immediately, but there were problems with the remaining ones. And only after 2 years of hard work with constant belt-tightening, we managed to sign up with 1C Entertainment. We are now at the finish line for the release, which will take place this Fall.

Kapital is an economic sandbox-strategy about class struggle. The game takes place in Europe at the beginning of the 20th century. The player is the mayor of a ruined city, who was nominated by the local elites to pull chestnuts out of the fire: start the economy, restore infrastructure… As soon as life gets better, it will be possible to replace the mayor, or at least to win him over to their side. 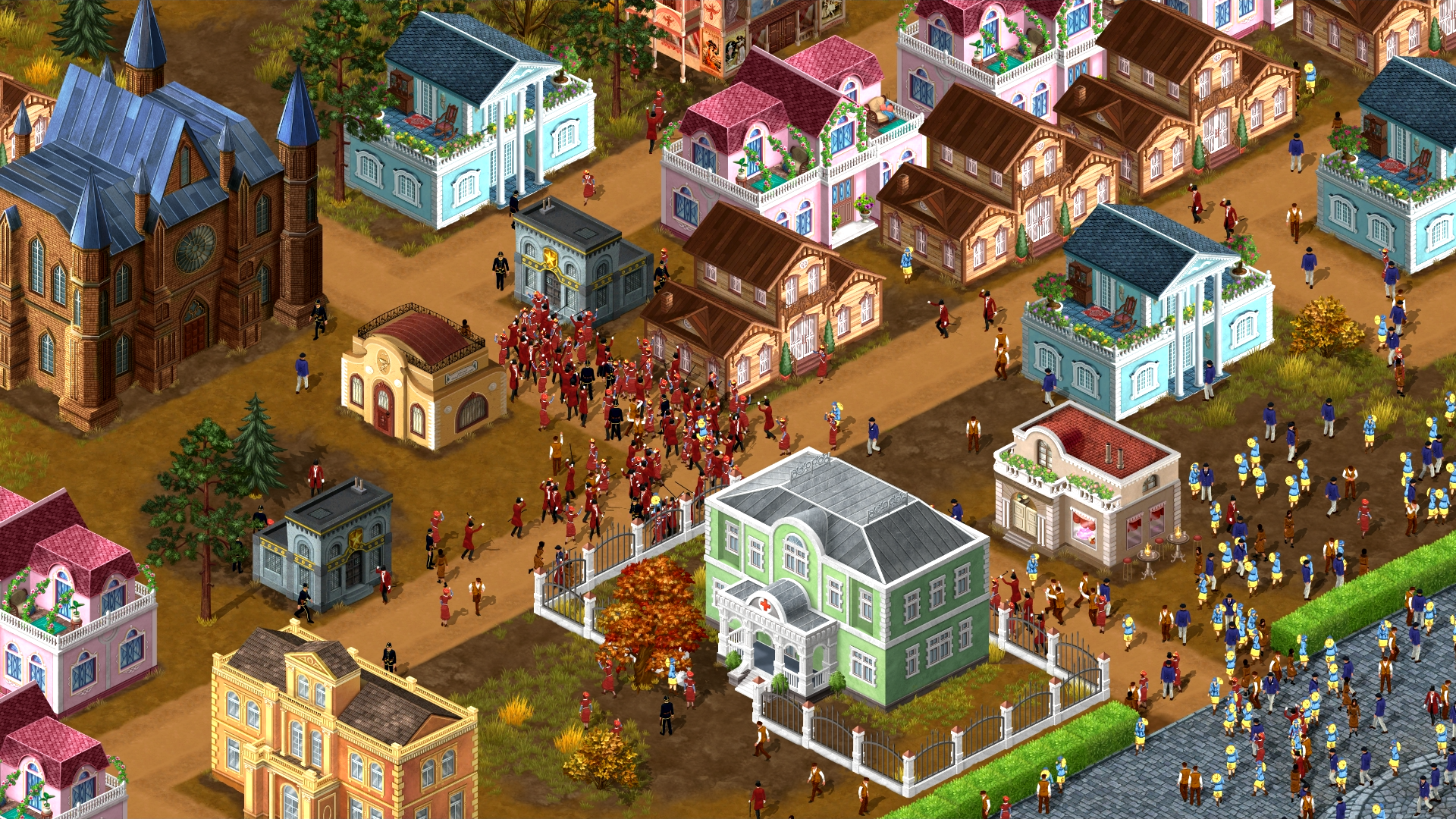 Society is represented by nobles, bourgeois and hard workers. Each class has an important role in the life of the city. Nobles serve in administrative buildings and the police. The bourgeois regularly pay taxes, filling the city treasury. Workers work in factories and in public buildings. 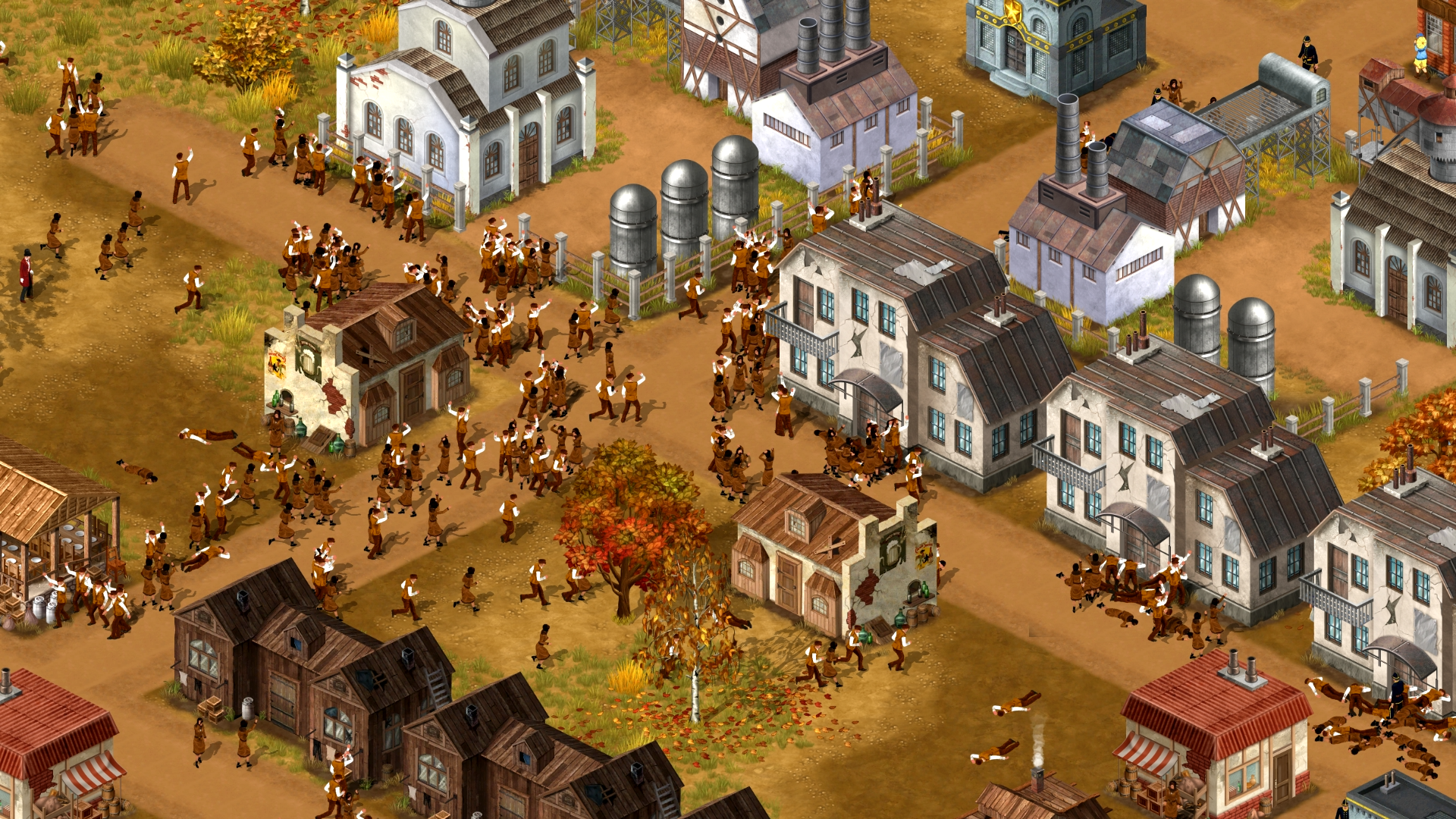 Unfortunately, the available resources are not enough to feed and make everyone happy at once. Moreover, refugees from all over the region flock to your island of stability. And if there are not enough resources, there will inevitably be dissatisfied people in the city who will go out on the street with demands: cancel epidemic restrictions, pay off the loans taken, release the opposition members and appoint them as ministers. Well, if the player does not fulfill the requirements - serious consequences are coming - the city will burn! 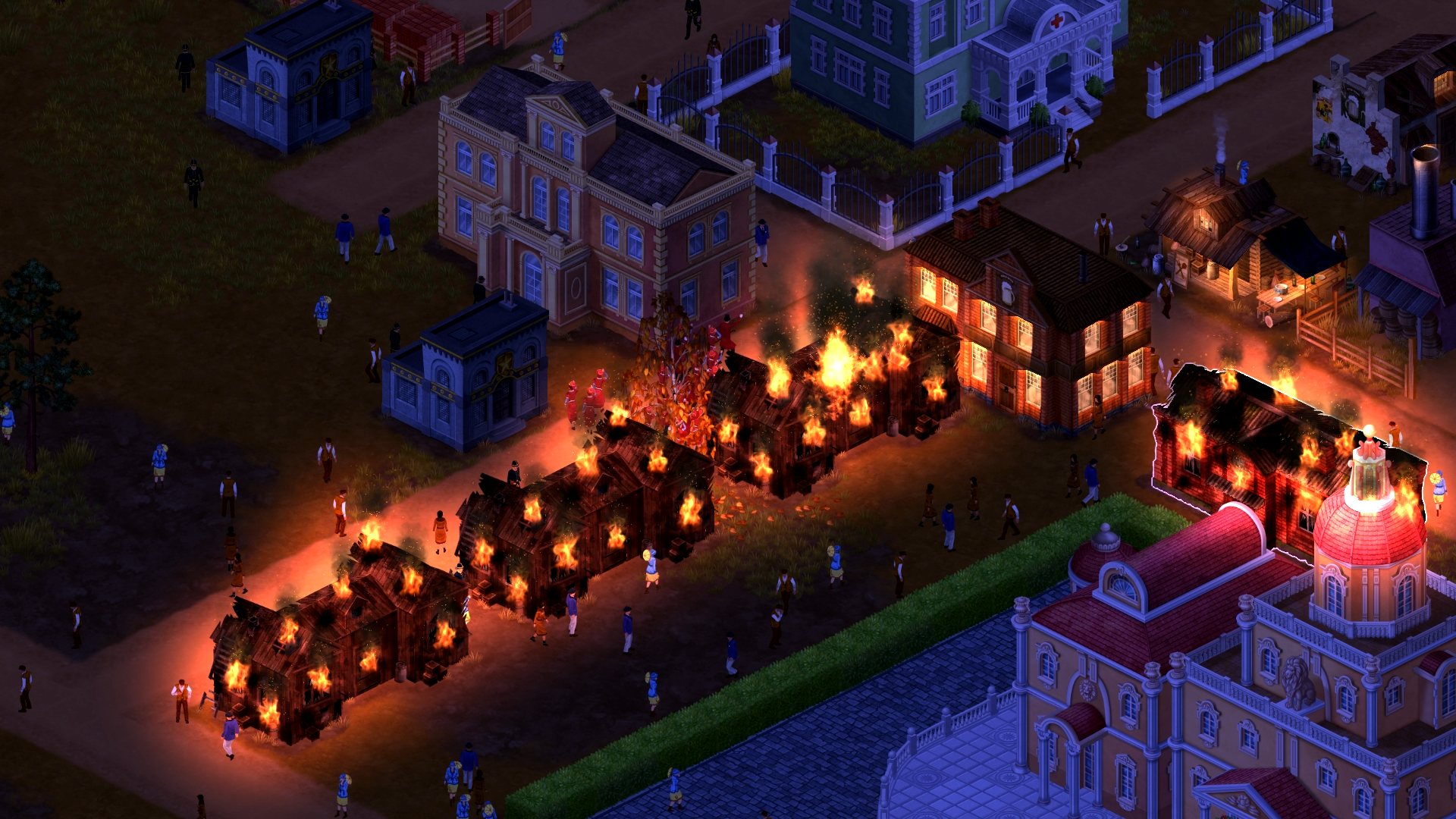 This cannot be allowed to happen. You can break up the protests and send the radicals to prison. But over time, the cells will run out, besides, you need to pay for the maintenance of prisoners. We can go even further - pass a law on executions and transfer radicals from their cells to the cemetery. But the cemetery is also running out of space, and the executed will be replaced by new freedom fighters. 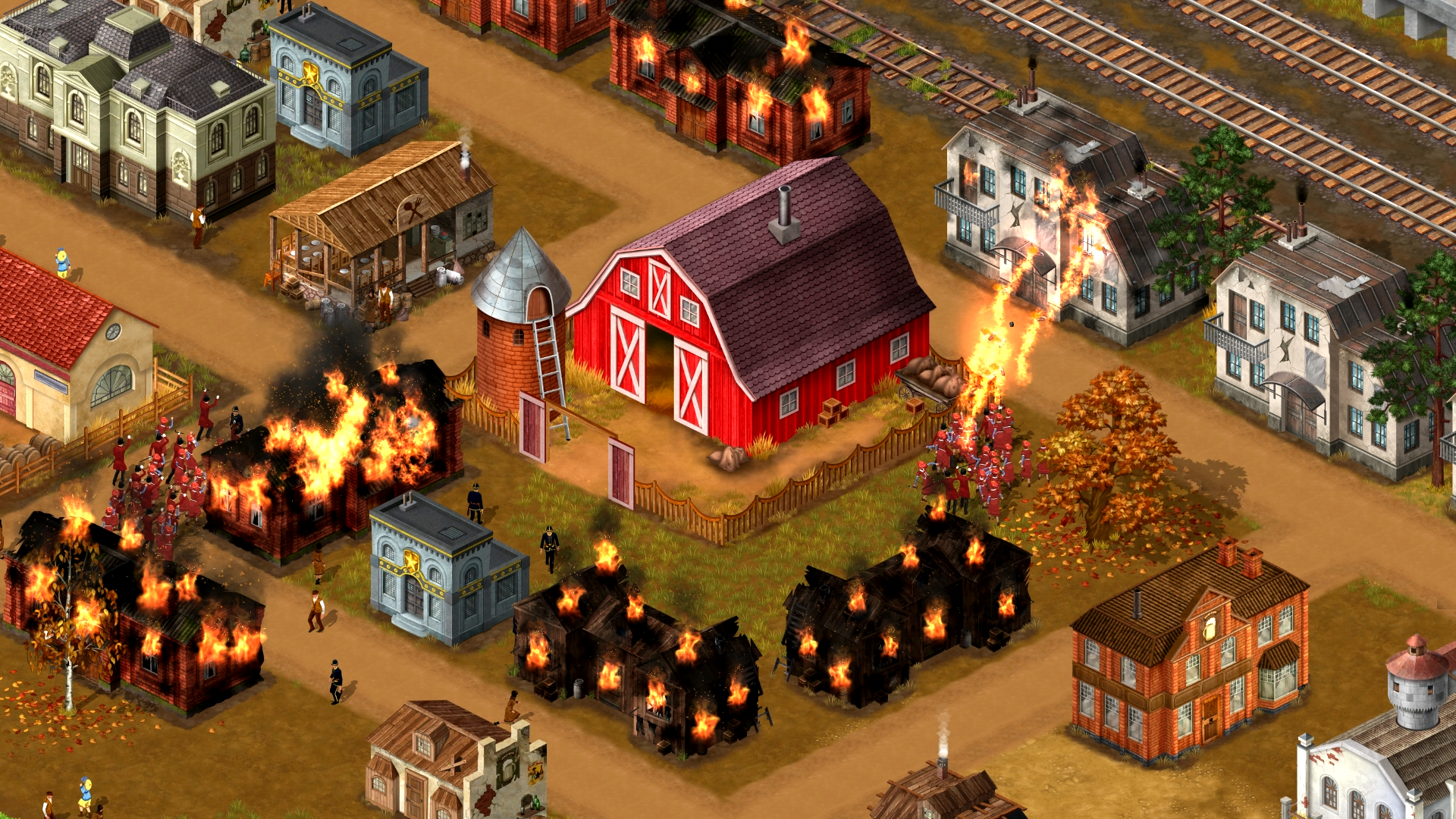 In general, no matter what the player does, there will always be someone in the city who is dissatisfied with the state of things. And to unravel this tangle of contradictions, we will have to plunge headlong into the boiling cauldron of class struggle.