"It would be a sad error in judgment, General Solomon, to mistake me for a corpse... I've seen the future - our Tiberian future - and as you watch this battle just beginning to unfold, I've already seen the final act! It is my destiny to lead the way for all mankind." Kane

Kane is an identity of unknown origin and extreme knowledge and IQ level. Although the date of his arrival on earth is unknown, he himself supports that when he came to Earth humans were living in caves and mud huts. According to him, he was the one who guided humanity every step of evolution, giving knowledge and tools. Some support that Kane is the biblical Cain, others that he is an alien form of life After these supportings, nothing is known about Kane's activities, but it can be speculated that he and Nod made various actions while remaining hidden from the public.

The first varified sighting of Kane was during WW2, while he was an advisor to the USSR's leader, Joseph Stalin. With his advises, the Soviet Union came to win the war and conquer all of Europe. During the celebration of the victory, another member of the Brotherhood of Nod, Nadia, poisoned Stalin, and later Kane shot Nadia and he promoted the most successful General to Chairman, while proclaiming himself the future. Despite the Soviet victories, the tide turned against Kane when the USSR joint arms with the Western Allies and created the GDI and Europe was freed from the USSR occupation, forcing him to rebuild the Brotherhood in the Middle East and South America.

Joseph Vissarionovich Dzhugashvili "Stalin" was the Premier of the USSR during WW2. He started the war with the Western Allies in order to expand the Soviet Empire. Although the Union emerged victorious from the bloodbath of the war, he was assassinated by Nadia, a secret member of the Brotherhood of Nod.

Kane became known during the era known as the First Tiberium War. Kane, other than leading the Brotherhood and choosing the strategy, he interfered with the Tiberium research, giving Nod a vast head-start than GDI's own research with his superior knowledge. But he was also active in combat, often contacting GDI commanders and commandos to demoralize them threatening them with various ways. His leadership over Nod also didn't go unchallenged. Hs most trusted commander Seth planned a strike on the Pentagon behind Kane's back, he himself assassinated Seth with his handgun. Kane was believed to had died in the destruction of the First Temple Prime in Sarajevo, forcing Nod into Splinter Groups and a period of decline that faded out after almost three decades. 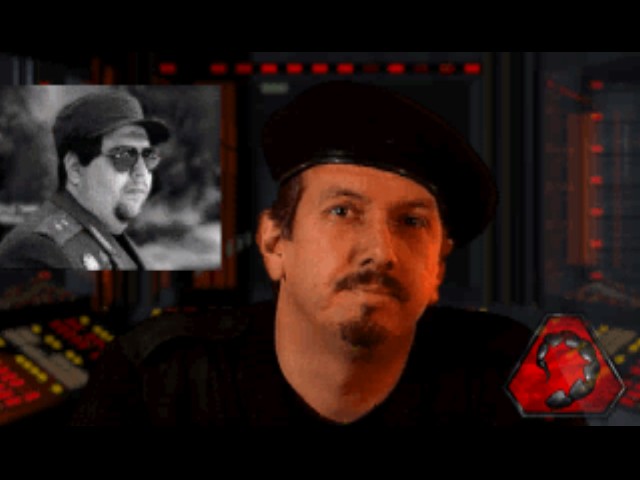 Seth was Kane's most trusted commander and Nod's second in command. His name delivers from the name of the biblical Adam's third son. He provided briefings to lower ranking Nod commanders about their missions. He tried multiple times to send a new succesful Commander to suicide missions as he was a threat to his position. Kane found out about his intentions and shot him in the head while he was briefing the suicide attack on GDI's basic command hub, the Pentagon.

After Kane's disappearance most had given hope on Nod even spreading anti-Kane propaganda, while some believed his spirit was always with them crying "Kane lives in death" while even fewer bellieved he wasn't dead at all. In fact, they were right, as Kane worked with a handful of his most trusted followers to plan the reunification of Nod underground. Then he came in contact with Anton Slavik, the Black Hand's leader, and he took over Nod once more.

During the war, he never showed himself in-person as the destruction of Temple Prime during TW1 had marked him, and the view of a wounded Kane would demoralize Nod troops. While Nod fought GDI Kane worked towards advancing the Tiberium technology and to create the World Altering Missile, a weapon that would transform the Earth and would call the Scrin to the planet. In order to do that, he persuaded Tratos to help CABAL translate the Tacitus, but when Tratos realized he didn't share the same motives as Kane, he left and allied with GDI. At the end of the war he was stabbed with a Tiberium crystal by commander Michael McNeil and CABAL forces got him in order to get to the second phase of his plan to use CABAL as an army to reach his goals. 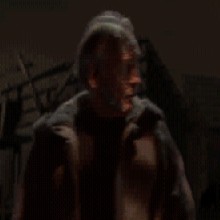 Tratos was the leader of the Forgotten during the Second Tiberium War. His strategic knowledge but extraordinary devotion and knowledge about Tiberium made him a worthy ally for GDI and Nod and a great leader for the Forgotten. He and CABAL were the only ones who could translate the Tacitus, and that was the reason why Nod forces assassinated him during the Firestorm Crisis. His death was what sparkled the Mutant Exodus after many years of endured racism from unaffected humans.

During and after the Crisis he regenerated into a medical tube by CABAL. After he regenerated almost fully, he gathered some of his most faithful followers and his new Nod AI, LEGION, and started the reunification process. After some conflicts, Nod once again resided under Marcion, a puppet leader of the Black Hand doing as Kane pleased. 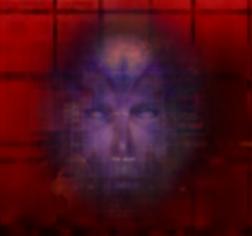 LEGION was an advanced AI unit developed by Kane after the Firestorm Crisis. The AI was based upon CABAL's blueprints, but was more advanced than CABAL himself. LEGION, just like CABAL, was based upon the Tacitus and used Kane's own mind patterns.

Kane once more revealed himslef to the public with an act that couldn't go unnoticed. He destrroyed GDSS Philadelphia, marking the beginning of the Third Tiberium War. Kane waged war on GDI to make them destroy the new Temple Prime with the Ion Cannon, setting off the LKiquid Tiberium Bomb underneath it and calling the Scrin on the Earth. Once again it is believed he is dead and his second in command, Kilian Qatar takes over Nod. However, he once again emerges from the dead and oders his most trusted commander to capture Qatar. Then, he executes her for treason and takes over Nod again. He and his most trusted followers fought to capture one of the Threshold Towers, and they did so, setting for the last phase of Kane's plan, Ascension.

A confident and intelligent woman, Killian Qatar was a devout member of the Brotherhood of Nod who strongly believed in its core values. While little is known of her life before joining the Brotherhood, it is obvious that her skill and mental aptitude made her Kane's most valuable military asset and close advisor. The plan to attack the Philadelphia with a nuclear missile after disabling GDI's A-SAT defenses was her own design. Being set up by Alexa Kovacs and LEGION, cshe became a traitor to the eyes of the Brotherhood and Kane, and thus Kane executed her.

After the Third Tiberium War

Kane achieved his goals on TW1. With a few of his trusted ones and LEGION, he ordered the latter to awaken the Marked of Kane, a cyborg faction which's existance was kept secret from the world. With that army under his command, Kane ordered LEGION to capture the Tacitus from the GDI compound on the Rocky Mountains. With the Tacitus, Kane once more took the upper hand while LEGION connected with the Scrin Ichor Hub while there are speculations of a second Scrin invasion through the Threshold Tower. 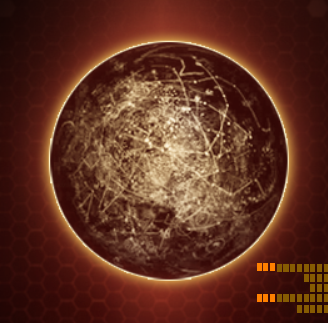 The Tacitus is an ancient and extraterrestrial data matrix that played a prominent role during the Tiberium Wars between GDI and Nod. Both factions used the Tacitus' data to improve their technology and understanding of Tiberium and control of the device was highly sought after. It formed the basis of the Brotherhood's ideology.

Kane made an alliance with GDI in order to create the Tiberium Control Network, which served a far greater purpose than what GDI or Nod could see. Because of that many Nod commanders went rogue
and gathered under Gideon. When the TCN was finally active, Kane and most of Nod ascended with him to place unknown using the Threshold Tower.

what about the clones? Youtube.com

there are no clones. these humans are CABAL's processors. and kane in there is in a medical tube.

+ one karma for Playmsbk for crushing false theories and for his great efford to describe earliest events in Prophet's life.

CHANGE THE AVATAR IN THE NAME OF KANE

Just to point out a small error:
Kane says - our Tiberian future -.